Wandering Around the Skagit Valley 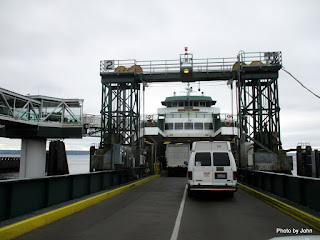 After a week of fun in the Port Townsend area, it was time to head for the other side of the Puget Sound. We could have driven around, through Tacoma and Seattle, but it was well worth the $75 to take the ferry across to Edmonds and avoid the traffic and miles. 'Sides that, we were able to moochdock at my sister's overnight, checking out the new space that just fits our rig for future reference. 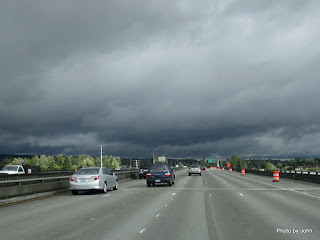 Just because we were now on the east side of the sound didn't mean that we'd magically gotten out of the rain. Amazingly, as dark as this looked, we didn't get much on the freeway as we headed north to the Skagit Valley. 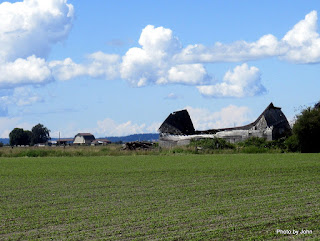 This is the first time in several years that we've seriously wandered the back roads of the Skagit Valley. Perhaps the most surprising to me was the almost total lack of dairy farms. The first generation barns were mostly gone, or well on their way. 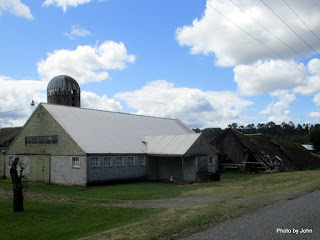 The second generation barns were closed up or used for storage. In all the driving around, we only spotted one operational dairy farm. I'm not sure where they get the milk that's sold in stores. Maybe it really does come from factories like the city kids think. 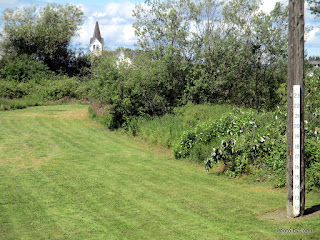 Rivers are serious around here. Seems like most every year, the river elects to expand its horizons for a little while. The channel was running a bit higher than I expected to see it this time of year. It's behind the bushes but this side of the church. 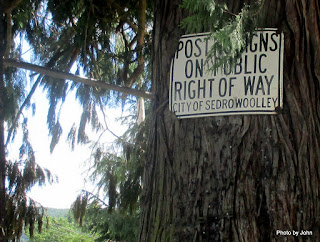 We spent three nights in Sedro-Woolley, where at least one sign has grown into the tree, and is notably higher than when they first took advantage of the tree to avoid putting in a sign post.

Post No Signs
(except ours?)
on Public
Right of Way.


They're still trying to figure out if Sedro-Woolley is one word, two words, or hyphenated. It's been one town for nearly 120 years. 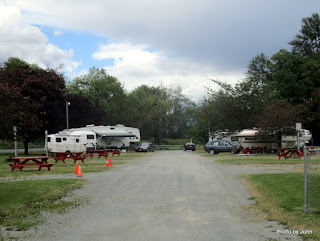 The City of Sedro-Woolley has taken advantage of some of their riverfront land to create a very nice Riverfront Park and included an area with 32 site for RVs (W/E) and tents. It's a very basic park and does not have a water view, but it's very inexpensive. $15 per night for the water/electric sites - no discount for seniors. They don't have a dump, but the city has a free dump at their wastewater treatment plant. 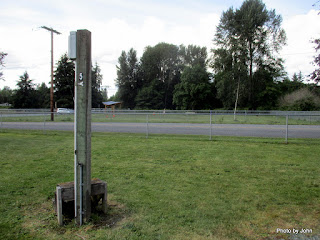 The RV park has a feature different from most. The power boxes are mounted about 8 feet above ground level. Each power box pole features three steps so that you can reach the box to plug in. 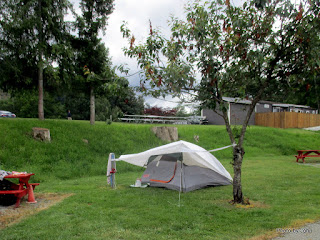 The tent sites are $10 and don't have power, but do have water which makes a nice place to tie off the tarp that goes over the rain fly when camping in Washington. 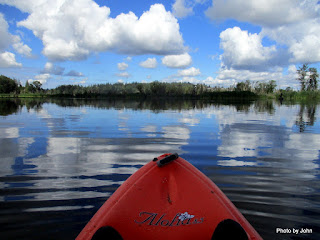 The weather did clear one day enough that I was able to get a kayak on the water and get my first 5/5 (max difficulty, special equipment terrain) cache. It started raining again as I got back to the truck, but who cares? 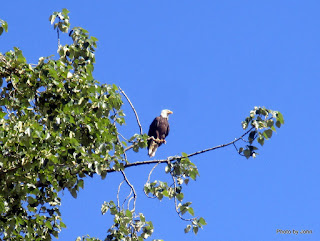 While I was launching and landing I enjoyed watching the bald eagle who was keeping an eye on "his" lake.

In spite of the cooler and wetter weather than I anticipated, I was still enjoying the chance to wander around old stomping grounds.