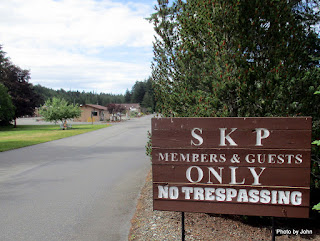 We're trying something different this year, leveraging some memberships. I thought I was most interested in Escapees for access to their "Days End" Directory, but I quickly found that it was organized in a manner that didn't fit with my planning (or lack of planning) model. We have enjoyed some discounts at other locations, but the Evergreen Coho SKP Park was our first experience at one of their Co-Op parks. 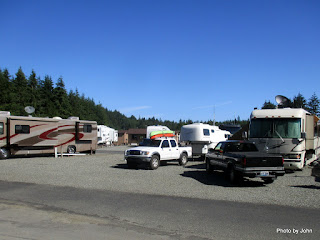 In addition to the myriad of large long-term leased lots for full-timers, they had some spaces that are intended for shorter periods including a very small number of no-hookup spaces. We'd called about 10 days in advance and they expressed surprise that they did have space available for us for a week. Turns out, the space next to us didn't have anyone in it the whole time we were there. With rain off and on all week and cooler than normal temps, it was nice to have power. 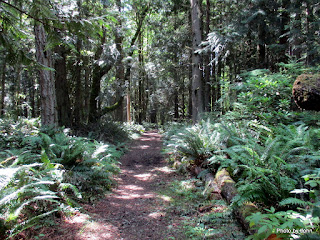 Our home for the week was only about a mile from Lake Anderson State Park which was day use only. There were some very nice trails winding through the woods - and a geocache that has been in place for over 15 years. 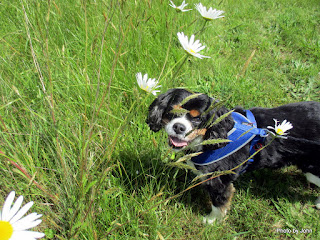 The trails continued through what may have been a pasture at one time. The grass was tall except where they'd mowed it to indentify the trail. Can't get much cushier than that! 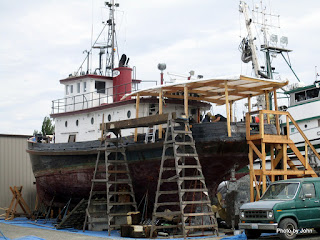 We wandered around the waterfront on several occasions. Port Townsend is known for their Wooden Boat Festival in September, but skilled support for working wooden boats is available year around. 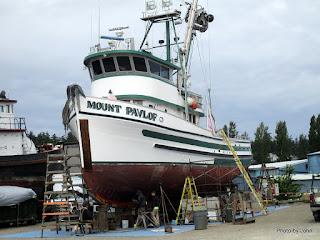 This one looks like she's about finished up with the yard work. She's 50' long with a 17' beam, built in 1949 and used in commercial fishing. 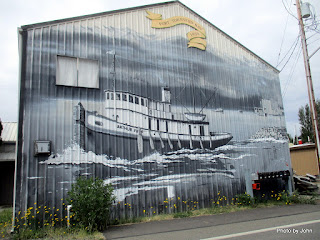 Not only do people around here work on wooden boats, they also paint pictures of them on buildings. This picture is on a building at the marina, 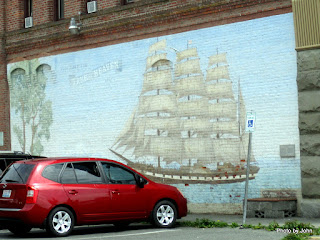 while this picture is on a building downtown. 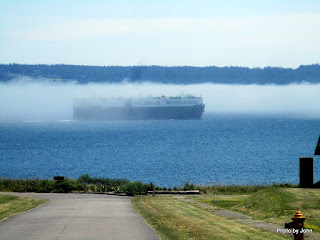 One of the mornings along the water was especially interesting with the fog on the water. We heard the ship's foghorn before this car hauler emerged from the fog bank on it's way to Tacoma. 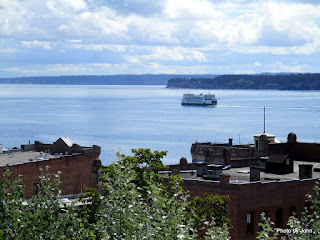 You can't miss seeing one or more of the Washington State Ferry fleet when you travel around the Puget Sound. This one is departing Port Townsend, headed for Keystone near Fort Casey on Whidbey Island. 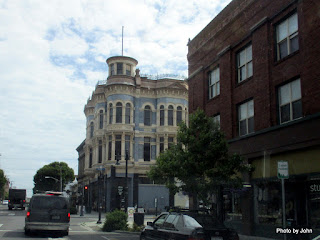 I've spent time wandering downtown Port Townsend while attending the annual Wood Kayak Rendezvous in early August. I love the old building and the many unique shops that keep them alive. 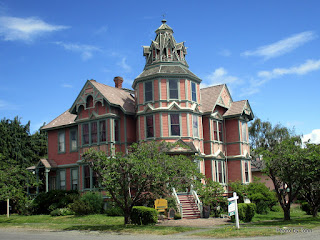 This trip was the first time that BJ or I had visited uptown, which is primarily homes although there are some businesses as well. The homes date from as early as 1870 to today with everything in between. 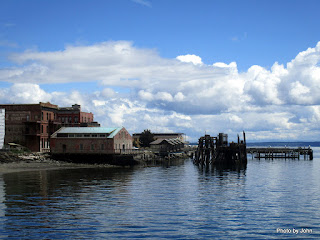 As interesting as uptown may have been, it's the waterfront that draws me with the sights and smells. 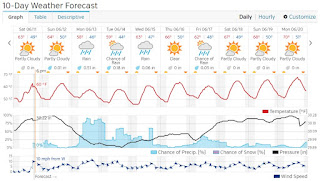 If the weather had cooperated more, we would have spent more time on the waterfront. About 10 minutes after the previous picture was taken, it was pouring again. The weather guessers did pretty good guessing temperatures, but did very poorly guessing rain. This trip has reminded us both of the beauty and why we don't live in the Northwest any more. 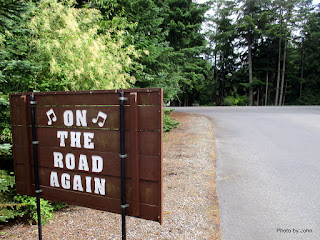 After a week at Evergreen Coho Park, it's time to hit the road again. I'm quite sure we'll be back. No views, but friendly people, well drained spaces, excellent pricing, and well positioned for exploring the north-east corner of the Penninsula.