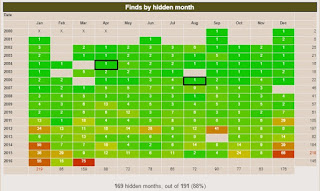 I don't know who Jasmer is or was, but there's a side game in geocaching named after him/her/it. The idea is to find at least one cache that was hidden in each month since geocaching started in May, 2000. With less than 150 surviving caches from the year 2000 in the world, it does take some planning! 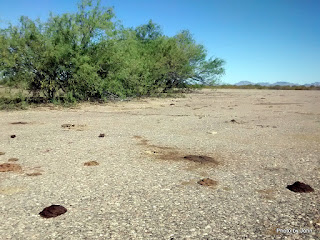 We headed out the door with a couple specific caches in mind. The first was located on the grounds of the former Rittenhouse Airfield. Rittenhouse was used as an outlying field for Williams AFB. In spite of the years I spent researching Willie history, I'd never been to the Rittenhouse field. Now the grounds are used for cattle grazing and hosting a solitary cache that filled my Aug, 2006 grid hole. 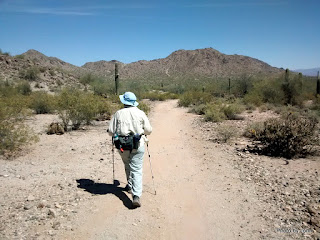 With one found, we headed out to San Tan Mountain Regional Park to find the final of the American Muscle mystery cache that was placed in April, 2004.

While located in Pinal County, the San Tan Mountain Regional Park is one of the Maricopa County Parks. Don't ask... Entrance is $6 per car. 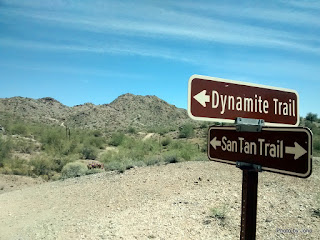 The trails are amazingly wide, generally smooth, and very well signed. The park has miles of multi-use trails. We were there in the middle of the week and saw a few horses and a few bikes and a few hikers, but often had no one else in sight. Nice! While our primary target didn't require it, we hiked a loop of nearly 6 miles and in addition to our target, picked up three other easy caches. 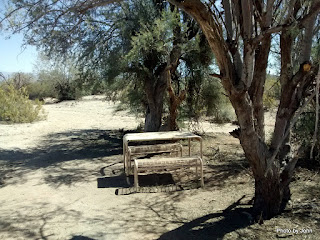 There were benches and an occasional table in shady spots, encouraging one to sit awhile. 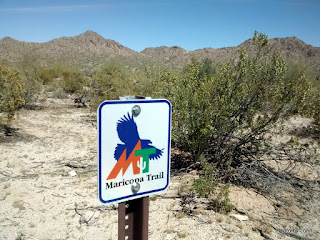 I've only lived in Maricopa County for over 25 years and hadn't ever heard of the Maricopa Trail. Turns out the Maricopa Trail is about 240 miles long, connecting all of the regional parks together. Not sure I can envision hiking from San Tan to White Tanks, but I guess it's possible. 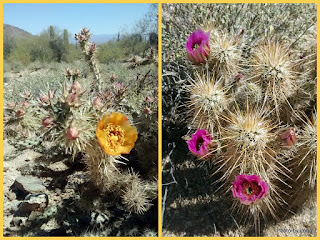 Nearly everything was blooming, even the pokey stuff. 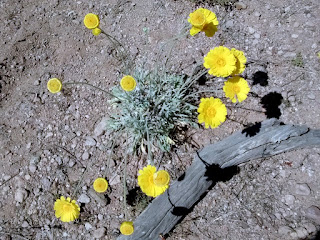 Once again, geocaching took me to a place I'd never visited. Now I understand why the Town of Queen Creek folks talk so much about "their" San Tan Mountain Park. The only thing it was missing was a place to camp, unless you want to be a Park Host Volunteer.
Posted by Just Finding Our Way at 2:30 PM