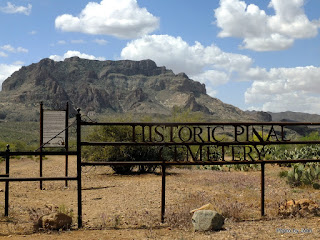 The other day, I headed out to the big town (2,896 pop.) of Superior in search of the former town of Pinal City, a silver mining town that essentially disappeared before 1900.

I started at the "Lost" Pinal Cemetery which has a wonderful view of Picket Post. 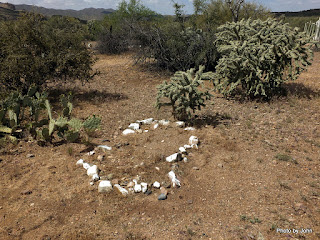 Most of the graves have totally disappeared, but some are still identified by ragged rock outlines. More recently, a caretaker group has painted these rock outlines to make them more obvious. 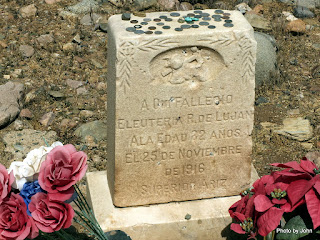 Very few of the graves have surviving markers. The cemetery was used until December 1916 when a new cemetery was created for the town of Superior. 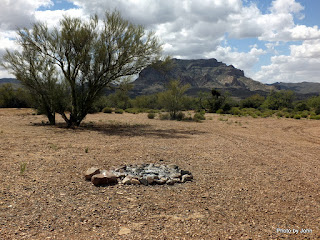 Between the cemetery and Forest Road 8 (also known as East Happy Camp Road) is a series of boondock sites with good solar potential and views of Picket Post. This is all Forest Service land and there is a 14 day limit. Forest Road 8 was much rougher than the branch road from it to the cemetery. 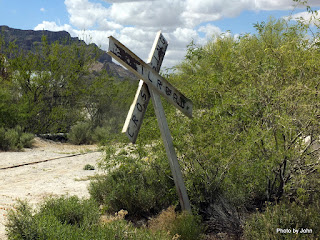 There's 150 years of mining history in the area with copper and perlite mining ongoing.

My intent was to locate an old cache near the cemetery, and then visit three others along Perlite Road, south of Highway 60. Minor problem - Perlite Road no longer connects to Highway 60 so it was time for a new plan. 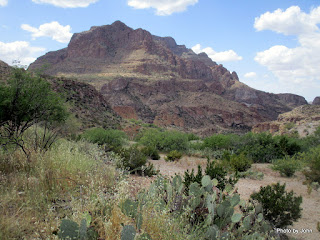 I looped around to the east and south, jumping to my southern-most desired cache. This cache featured a nice view of Picket Post and ground that was littered with pea sized Apache Tears. Apache Tears are piece of obsidian said to be the tears of Apache women. This one involved a couple mile hike on old, blocked off, mine roads. 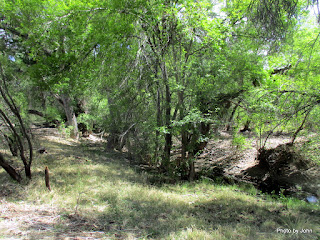 To get to the last two caches, I elected to park near the Queen Creek wash near the western end of the Superior airport, leaving me with nearly two miles round trip to reach them. 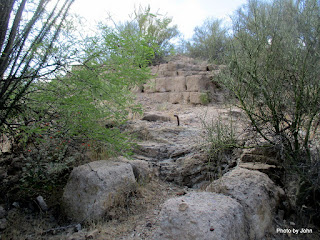 The Pinal City cache was near the footings of the mill that served the Silver King mine. Carved perlite blocks were dry stacked to form the footing for some of the structure. These blocks are the biggest pieces that remain of Pinal City. 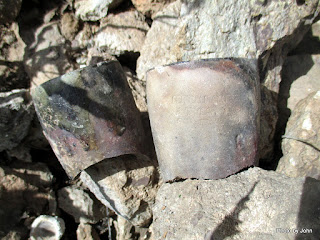 In addition to the cache, I spotted pieces of old assay crucibles, but not much else in the area. 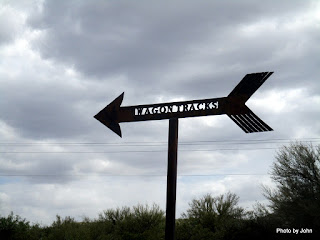 The final cache for the Pinal City group was the one that most intrigued me. It wasn't hard to figure out where to turn! 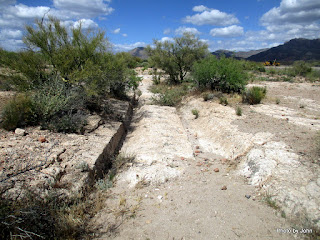 The wagons carrying ore from the Silver King mine to the Pinal City mill wore grooves in the rock over time. It rather looks like mud, but it's actually perlite stone that has been worn away. 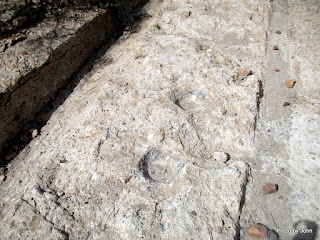 Not only are the grooves worn by the wagon wheels, but it appears that the mules pulling the wagons actually wore cups into the surface from their repeated steps in the same spots. Amazing.

This historic site is less than 1/4 mile from Highway 60 but now only reached by a very circuitous route. More interesting places I wouldn't have seen if it weren't for geocaching. Great fun!