The running lights on the Scamp started giving me fits late last summer, but since I very rarely drive at night, I put them in the "I'll get to it, someday" file. While I was Lee's Ferry I noticed that the right hand brake light on the trailer was on any time the umbilical was plugged in to the truck. Had to figure out what was going on before we headed out for our longer trip. I thought I might have a short in the truck connector but that didn't prove out. Turns out the converter box (that changes 2 wire turn & brake signals on the truck to single wire for the trailer) had died again. That's twice in 15 years... 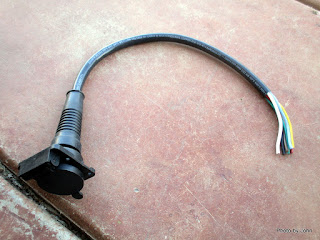 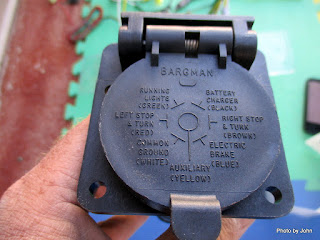 I was very impressed with the connector. The housing was beefy, but the impressive part was the wiring code molded into the cover. For once I won't have to have the laptop next to me to sort out the wiring. 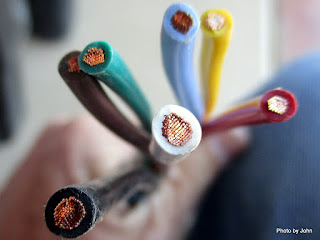 Even better than the wire code was the wire size. That's a #10 white ground wire and an oversize black wire for the 12v. lead to the trailer. Nice! 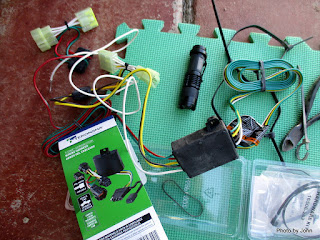 My last converter box was a Curt brand which lasted less than 6 years so I intentionally went with something else as a roll of the dice. The eTrailer page says my pick this time was a DrawTite product but the package labeling said Tekonsha. Tekonsha makes the brake controller I use and I'm happy with that... 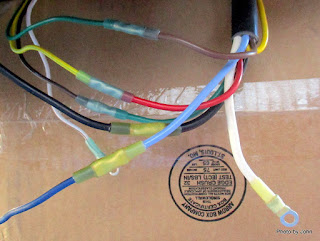 The only challenge was that the converter used "standard" color coding for the wiring while the Bargman brand connector used a different "standard." One of the wires from the 7 pin connector isn't used with the Scamp. Three others (ground, 12v positive, and brakes) matched up. The left, right, and running lights required a bit more concentration to get them correct. Shrink style waterproof crimp connectors assure the connections will continue to be trouble-free long term.

That's the biggest project off the list before we'll be ready to roll.
Posted by Just Finding Our Way at 2:30 PM