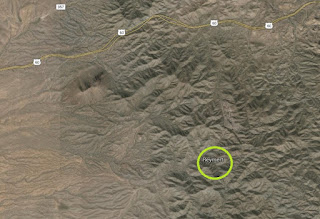 Thanks to the fun I had in Superior chasing remnants of Pinal City, I started looking for other ghost towns in the area. My plan for Saturday was to see if I could drive to the remains of Reymert, located southwest of Superior. So much for plans... 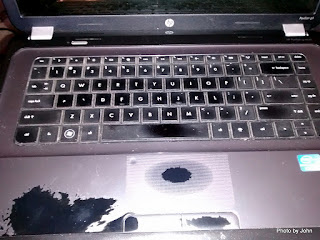 My laptop served us faithfully for almost 4 years as the decorative coating wore away, but Friday evening it died a sudden, and apparently painless, death. At least there was no screeching noises from the hard drive. 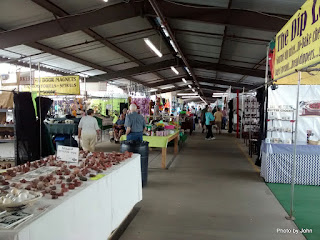 First thing Saturday morning I headed out to check some local stores. In spite of what their website said, the first store didn't open until 10 a.m. so I wasted time by wandering through the Mesa Swap Meet for the first (and last...) time. 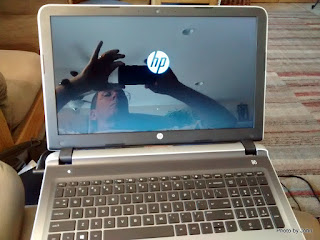 The first two big name stores didn't have anything appropriate in stock so I followed Life's Little Adventures lead and headed to Costco. A few minutes later, I walked out with a new laptop in hand. I toyed with jumping to an Apple, but one of my new "essential" programs is only available on Windows and I didn't want to add the emulator layer to a program's learning curve. 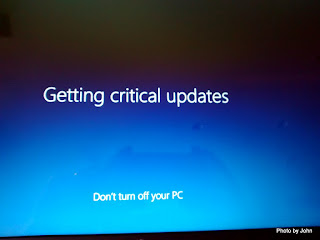 I knew configuring the new machine was going to be time consuming, but I took comfort in knowing that I had a backup that was just a few hours old - or so I thought! Turns out, the backup hasn't worked properly since MS did the Windows 10 update a few months ago.  Uhh Oh! 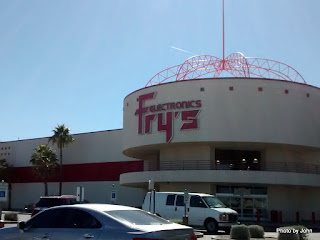 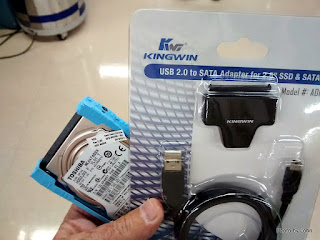 resulted in the appropriate adapter in hand. Since it was the motherboard that died in the old machine, I had every hope that I could recover my files from the old hard drive. It took longer to walk through the store and back out again than it did to find the adapter cable I needed. 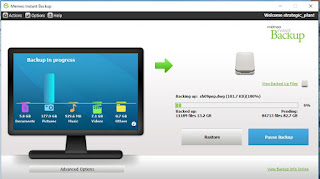 Spent the rest of Saturday down loading and installing key apps (including a freeware replacement for MS Office) and recovering all the files from the old hard drive. Now it's just a matter of waiting hours (and hours) for the initial backup to finish!

Glad it happened now instead of in a couple weeks when we're on the road.
Posted by Just Finding Our Way at 2:30 PM