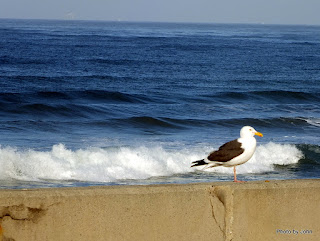 A seagull watched me as we made one last stop at the north end of the Rincon Parkway and headed north, following 101 when necessary and Highway 1 when possible. 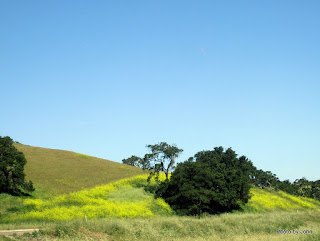 In many places, the hills (Floridians would call them mountains) were ablaze with color. It seemed like everything was blooming. 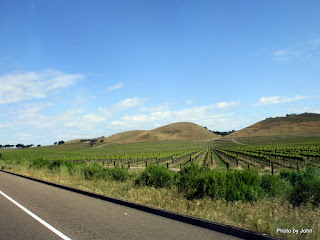 I had not anticipated seeing vineyards as far south as we did - quite a few of them with their neat rows of vines. 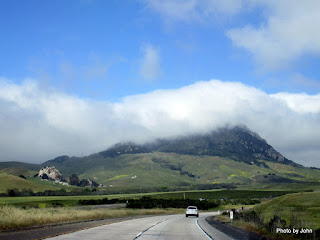 I expected more grey and fog than we had. I liked the way the sea fog rolled over the top of the rock/hill.

Lots of the California roads were cement. I loved the shocks on the trailer. They helped a lot. The other mod that really got a workout and continues to impress were the self adjusting brakes. 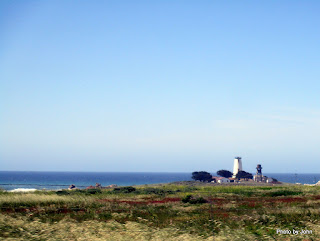 The first lighthouse we spotted was topless. It did have a light that was operating but it didn't have a lantern room or rotating lens. 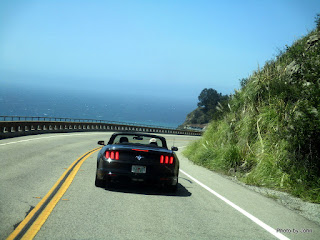 We saw bunches of Ford Mustangs, many of them convertibles, that seemed to be out for a drive. This one from Florida was backing up a long line of traffic. 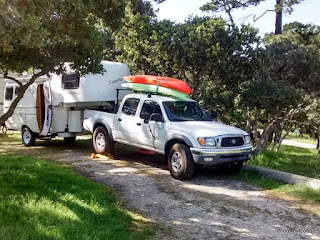 We landed at the Veteran's Memorial Park in Monterey for our third night, in part because of its very reasonable price, and in part because it had a very old cache a few hundred feet away. One more grid square filled in for my Jasmer. 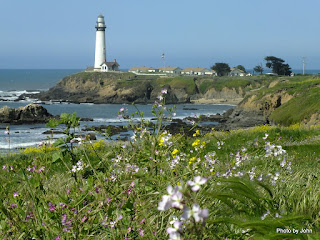 Now that's what a lighthouse is supposed to look like! Several of the lights along the California coast serve as hostels. With the number of bicycles we saw on the road, I could see where hostels would be nice to have. 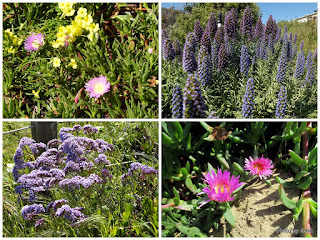 We were constantly expressing surprise at how vibrant the wild flowers were. When we pulled in to the State Park in Half Moon Bay to inquire about a spot, we found the campground full because it was, "wild flower weekend." 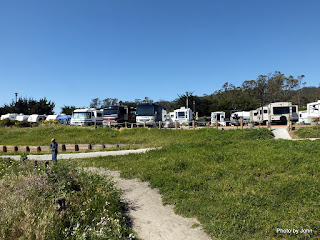 As you get close to San Fransisco, free or even cheap spots are hard to come by. We ended up sandwiched between large motorhomes at the Pillar Point RV Park, where a short spot in the back row that backed up to the highway was $67.20 - don't forget the 20 cents. I knew going in that this night would be more expensive than normal, but I didn't want to drive through San Fransisco on a Friday afternoon, either. 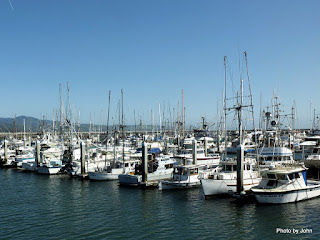 One of the payoffs for the RV park was the beach and marina just a short walk away - depending on which direction you walked. 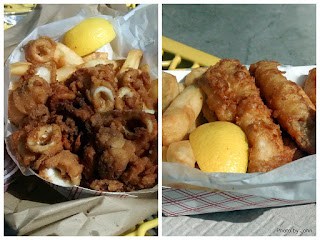 But the big payoff was the host's mention of multiple seafood places as you walk past the marina. Since there was a geocache nearby, we took the longer walk to Barbara's Fishtrap, because I liked the name! The fresh calamari and fish & chips were both excellent, with huge servings!

I know there are other ways to transit San Fransisco, but...
Posted by Just Finding Our Way at 2:30 PM