The Artsy Side of Flagstaff 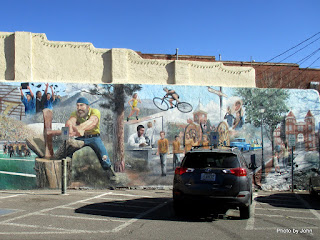 Flagstaff is usually a town we drive through when we're going somewhere fun like the Grand Canyon, Williams, or Moab. For the first time, we're spending a week in Flagstaff with no specific intent in mind. I was surprised to discover that there is a lot of artwork on buildings throughout town. Subjects varied greatly - everything from a history of the town 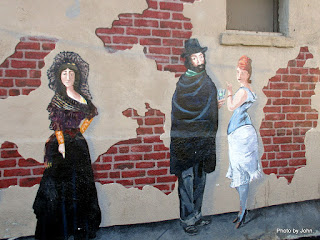 to extra pedestrians that didn't take up any sidewalk. 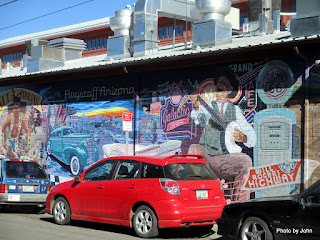 The history of the highway from Beale's Military Road to Route 66 was highlighted in a block long mural that was impossible to photograph with all the parked cars. 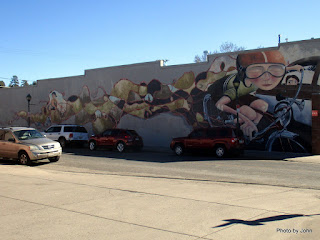 The were murals on many businesses that had some sort of tie to the business such as this bicycle shop. 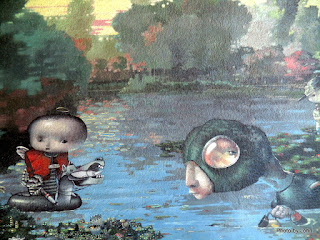 On the other hand, I couldn't figure out how this mural was associated with the gourmet hamburger business that hosted it. 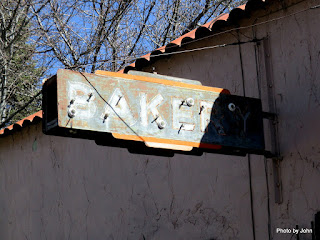 While we were wandering around looking at murals, I also noticed lots of mid-century neon signs, almost all of which were missing the neon tubes. 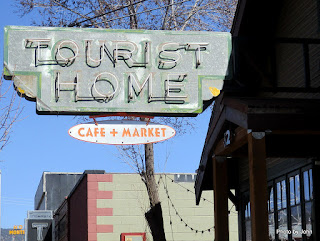 The Tourist Home was now a cafe as were lots of other repurposed buildings. 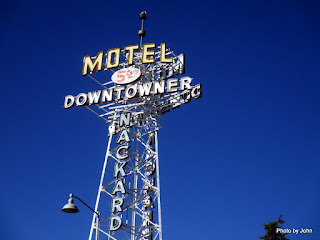 Motel Downtower was still advertising $5 rooms although the paint was very faded. 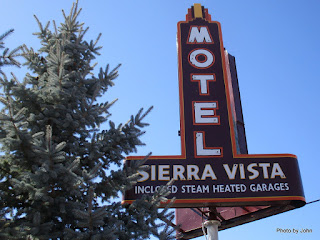 The Motel Sierra Vista said they featured steam heated garages, but the facility looked like the garages had been converted to student apartments.

There seemed to be as many micro-breweries in town as there were neon signs. 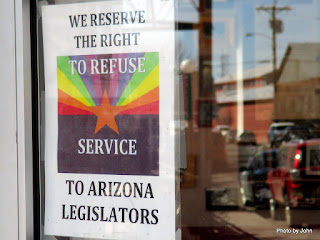 The other thing I noticed was that at least one restaurant owner was very clear about how he or she felt about the incompetence of the Arizona Legislature. I totally understand!

We managed to spend a week in town and not spend any money on retail except for a couple very good meals.
Posted by Just Finding Our Way at 2:30 PM