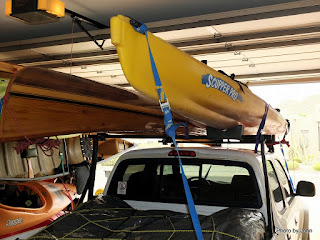 We loaded our boats, and then loaded and tarped down our gear. The weather forecast was for up to 2 inches of rain in places during our drive north. 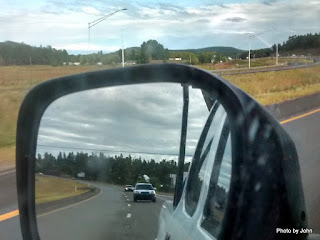 Since BJ is staying in Utah to lead a second trip, we only have our boats loaded on the truck. Kathy is following behind through the rain with her boat. I'll come back to Mesa with her at the end of our trip. 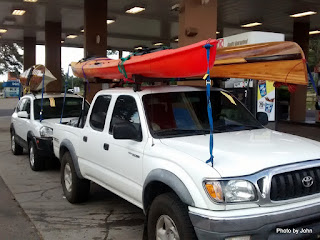 A quick stop for fuel in north Flagstaff, and we're on our way again. We left an hour earlier than normal because we want to catch our shuttle company before they close for the day. Five hundred miles plus an hour lost to the time change equaled a 5 AM departure and no extended breaks. 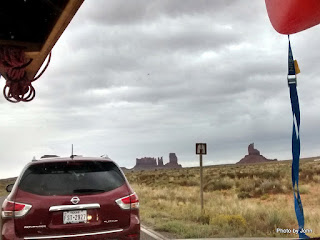 In fact, our longest break was in Monument Valley where a long section of road is down to one lane while they resurface. At least we stopped at a place where there was a view! 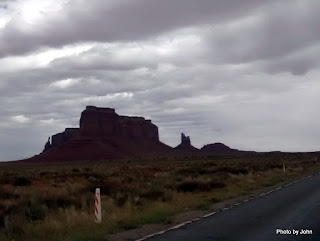 Lighting was terrible, but the clouds were interesting. The forecast was wrong - most of the anticipated rain went east of us. 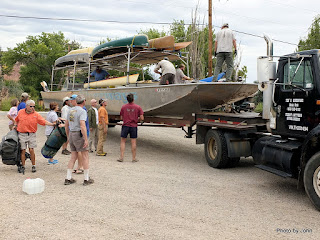 We got to Tex's Riverways in Moab just as the jetboat arrived back in the yard from the day's shuttle of boats from the confluence of the Green and Colorado Rivers. I knew one friend was coming off the river, but was surprised to see several others we know that were also coming off the river. 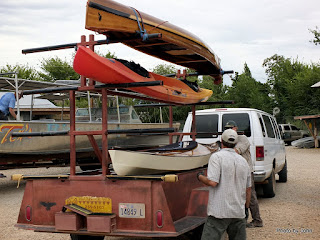 We left our boats and Kathy's at Tex's - getting a head start on the loadout process in the morning. Actually, we left our boats as collateral, picking up a rental boat that would be going on the trip with us. 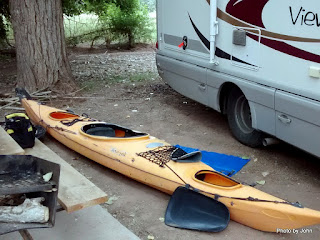 Suzanne did a three day trip with us in March but had never done an extended self-supported kayak trip, so we brought the boat she rented over to where her rig was parked. 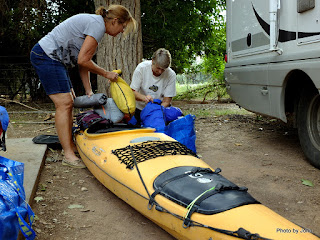 BJ helped her figure out the three-dimensional jigsaw puzzle of which dry bags would fit where so that all her gear, and her drinking water for 9 days, would fit in the boat. 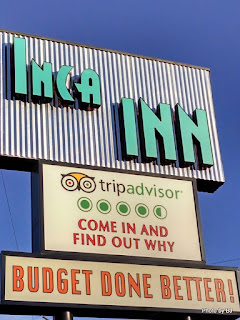 Once we had Suzanne prepped, we headed over to the Inca Inn. On my eleven previous trips, I always stayed at the rustic Red Rock Lodge, but this year when we called for reservations (many months ago) they weren't taking reservations so BJ did some research and found the Inca Inn. 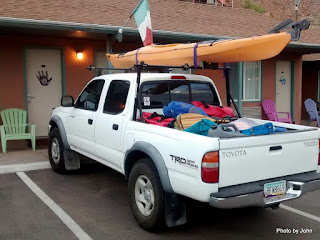 The parking lot is smaller, but the rooms much nicer, the complimentary breakfast more than adequate, and the price is similar to what we've been paying. Once again, history has been trumped by value. Inca Inn has our future business! A good night's sleep and we'll be on the river.

Posted by Just Finding Our Way at 2:29 PM