The Shape of Things to Come 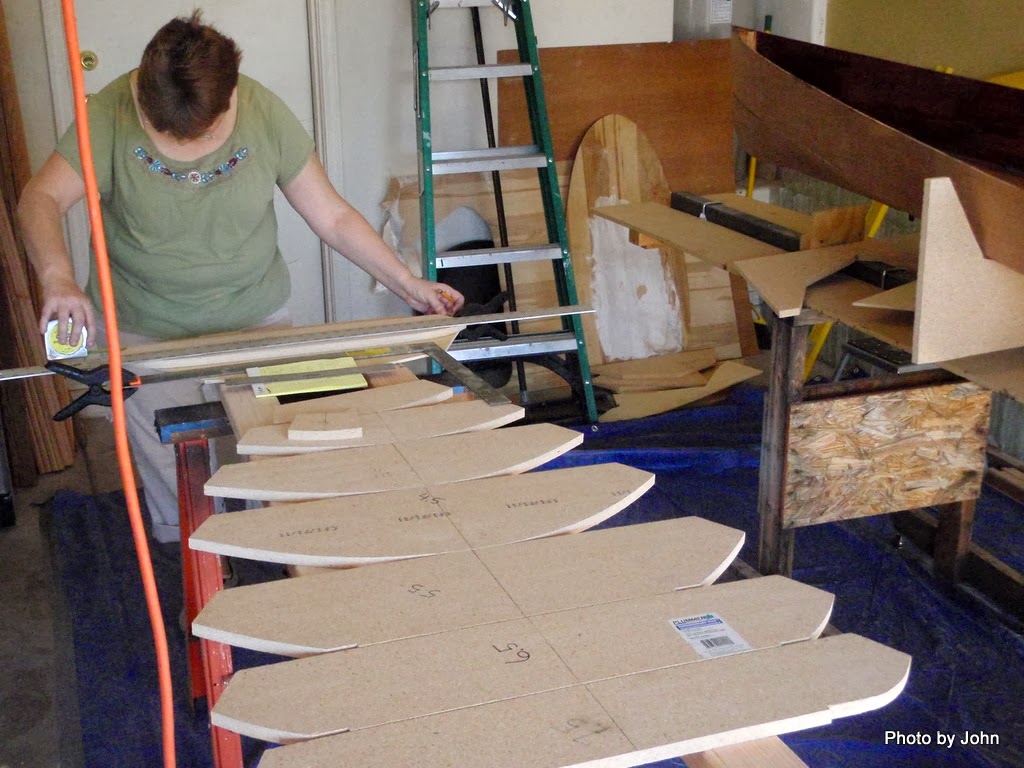 We had two goals for the day - figure out the correct size and shape for the permanent forward bulkhead, and create and install temporary spreaders as necessary to hold the hull shear line to the proper beam while maintaining a fair curve at the shear line. (The shear line is the top edge of the "stitch & glue" hull.) Kathy went to work marking the center line on all of the deck forms. 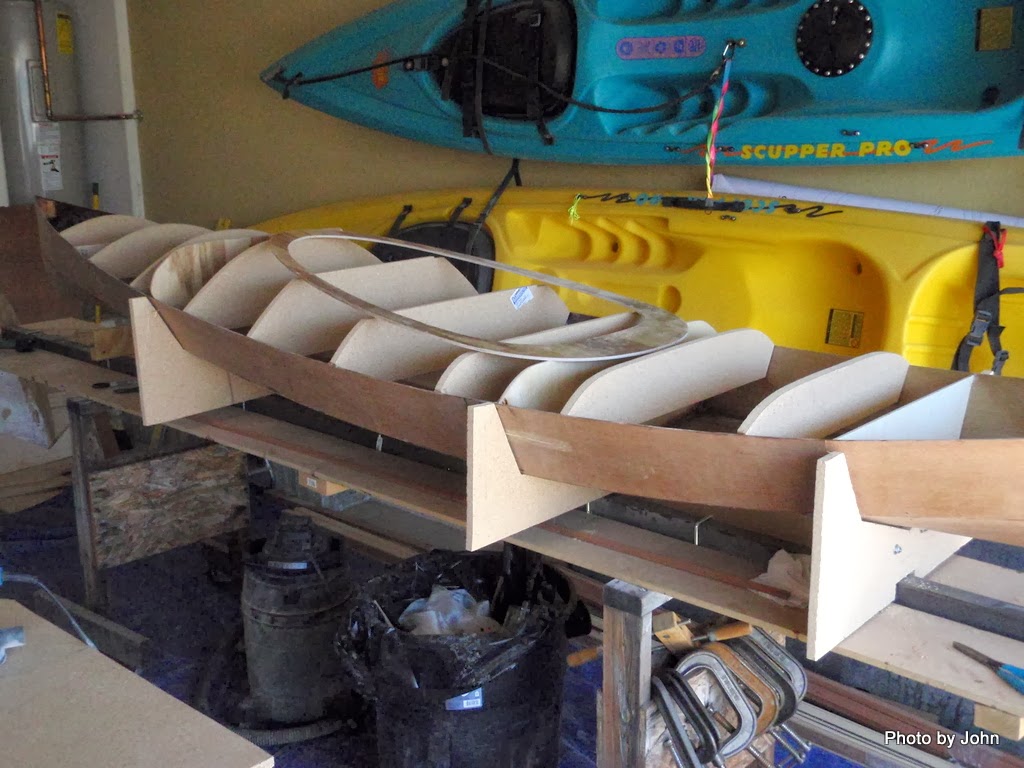 It took all morning, but we got the bow and stern temporary forms as well as all of the deck forms properly positioned to maintain the beam, curve, and lines for the deck. Then we cut several spreaders and glued them in place with hot glue. 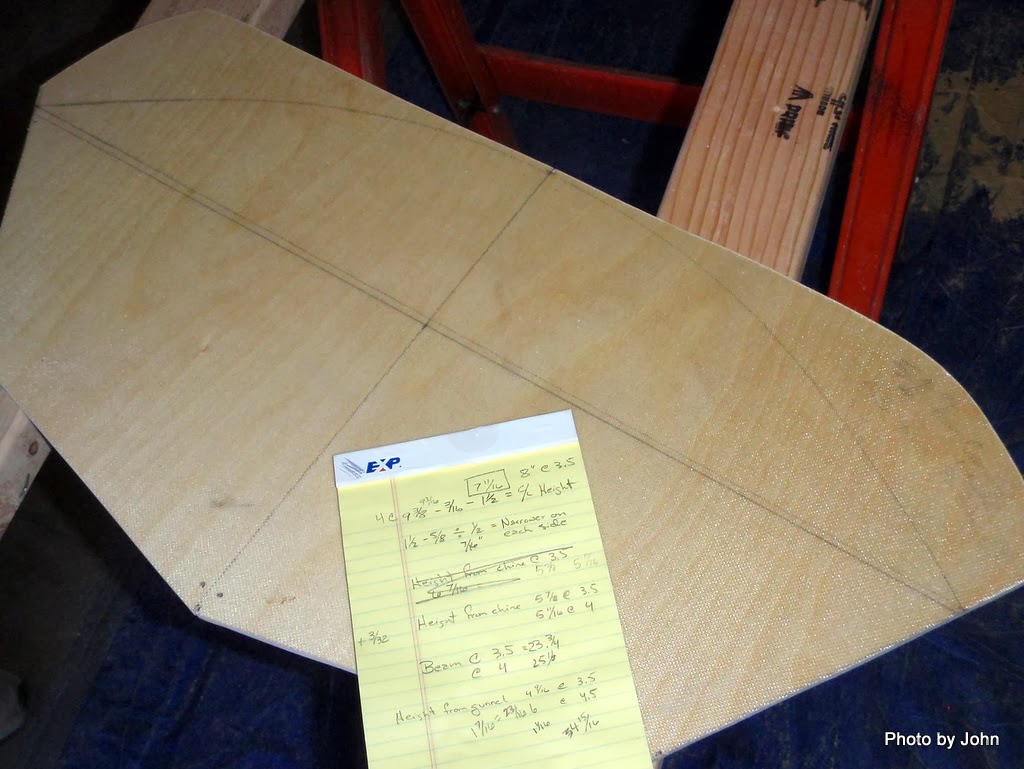 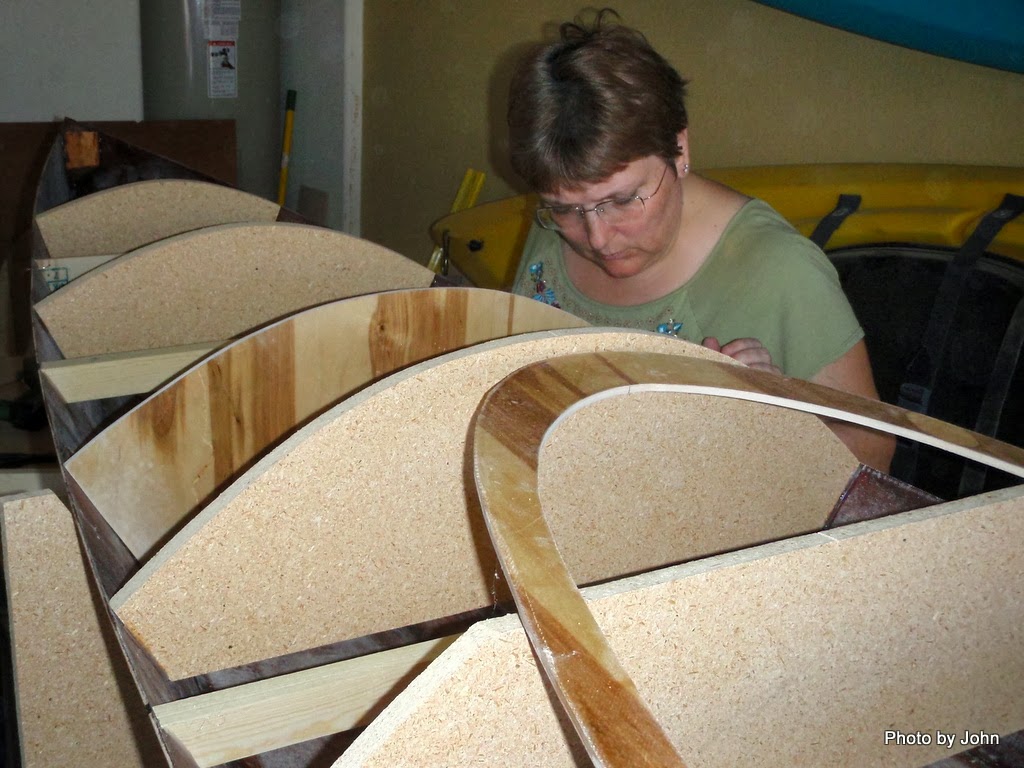 Forward bulkhead positioned in its final location. You can see the spreader sticks that we installed as well. The forward bulkhead was held in place with three dabs of hot glue, and then filleted and glassed in place on both sides of the bulkhead. 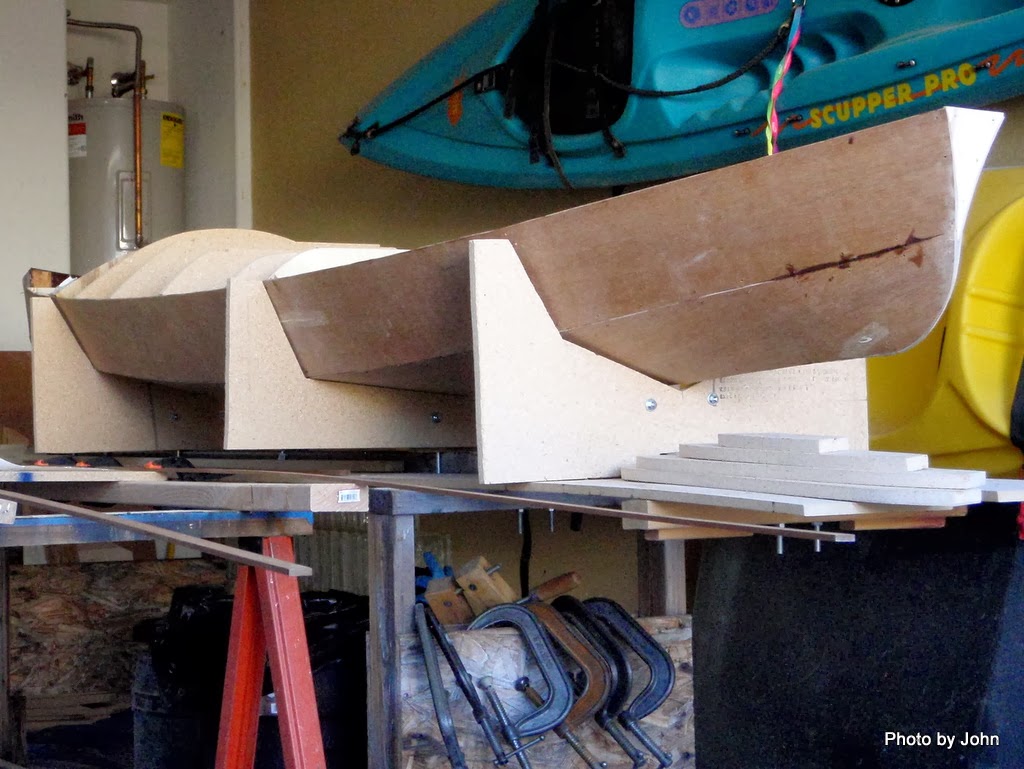 This is the view from the "moaning chair." (Every project needs one!) We've scarfed and joined lengths of Honduran walnut together to form two long strips that will become the outermost (shear) strips for the deck. We removed all the deck forms from the bow and stern hatches, but left the center section forms in place. If they stay in place when we turn the boat over, it will save a bit of future work. Next step is to flip it, and then sand and glass the hull.
Posted by Just Finding Our Way at 8:02 PM