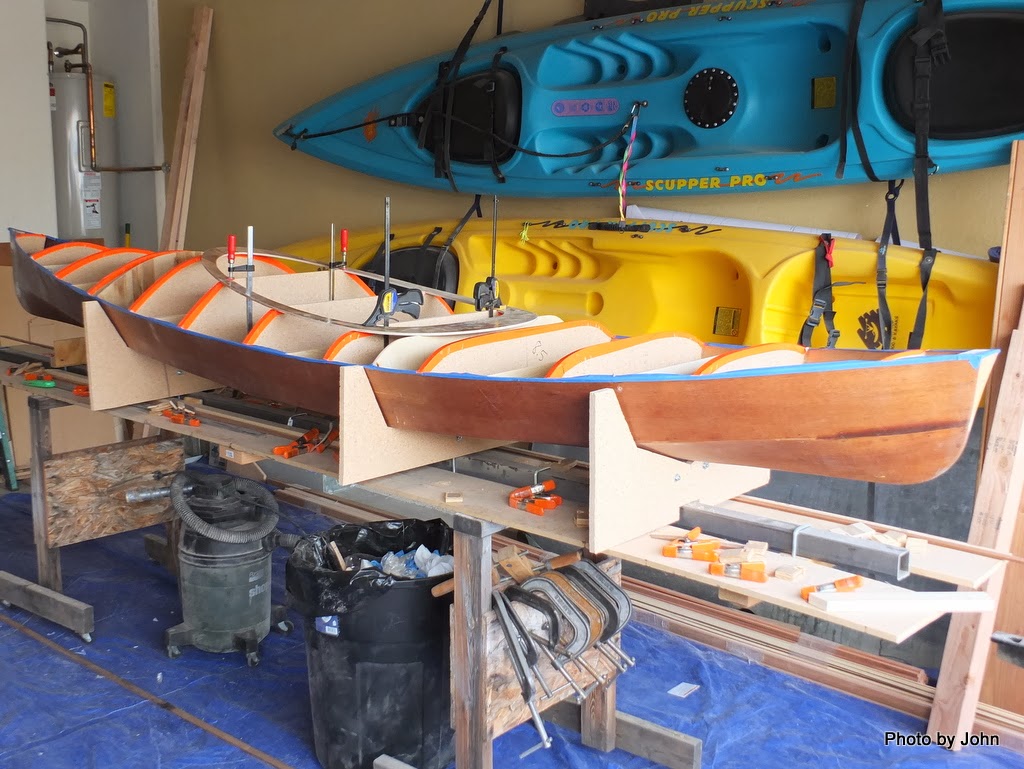 With the hull glassed and cured, it was flipped back onto the strongback so the deck forms could be installed yet again. This time the hull shear is covered with blue tape and the deck forms are covered with tape so that the deck strips won't get stuck to the forms. With the coaming base clamped in place, it's time to start stripping. 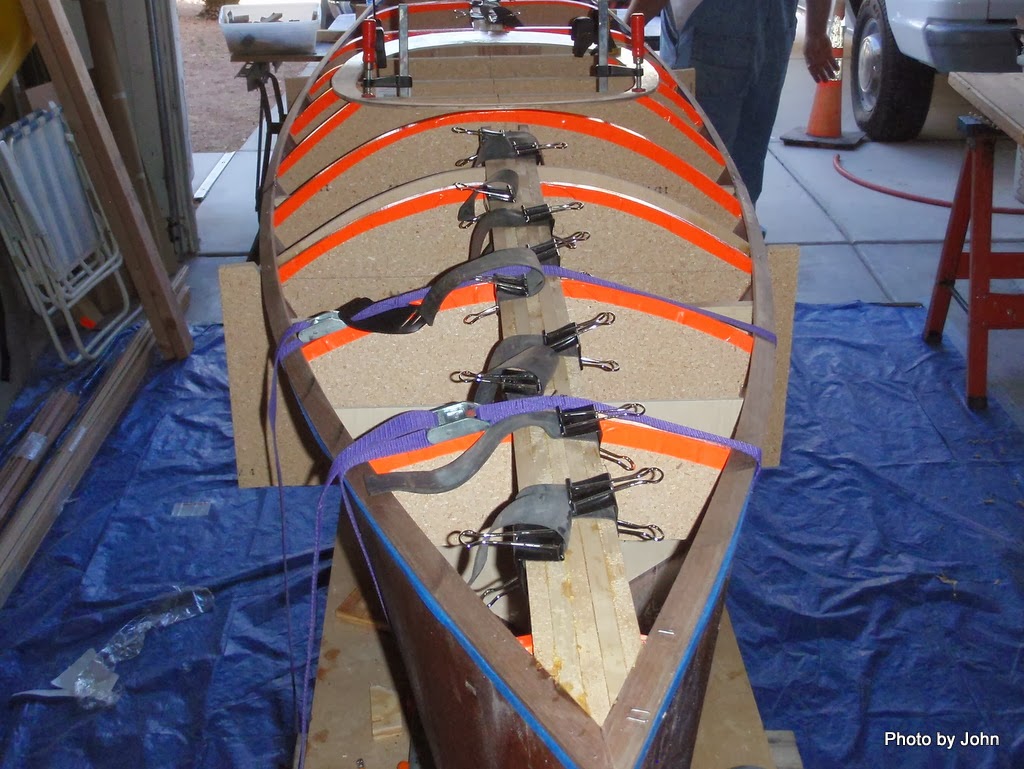 There are lots of ways to strip a boat. I like to start with a shear strip on the outside to insure a fair curve, and then strip in line with the centerline of the boat. In this case, the shear strip is Honduran walnut to contrast with the Hatteras Off-White paint planned for the hull. 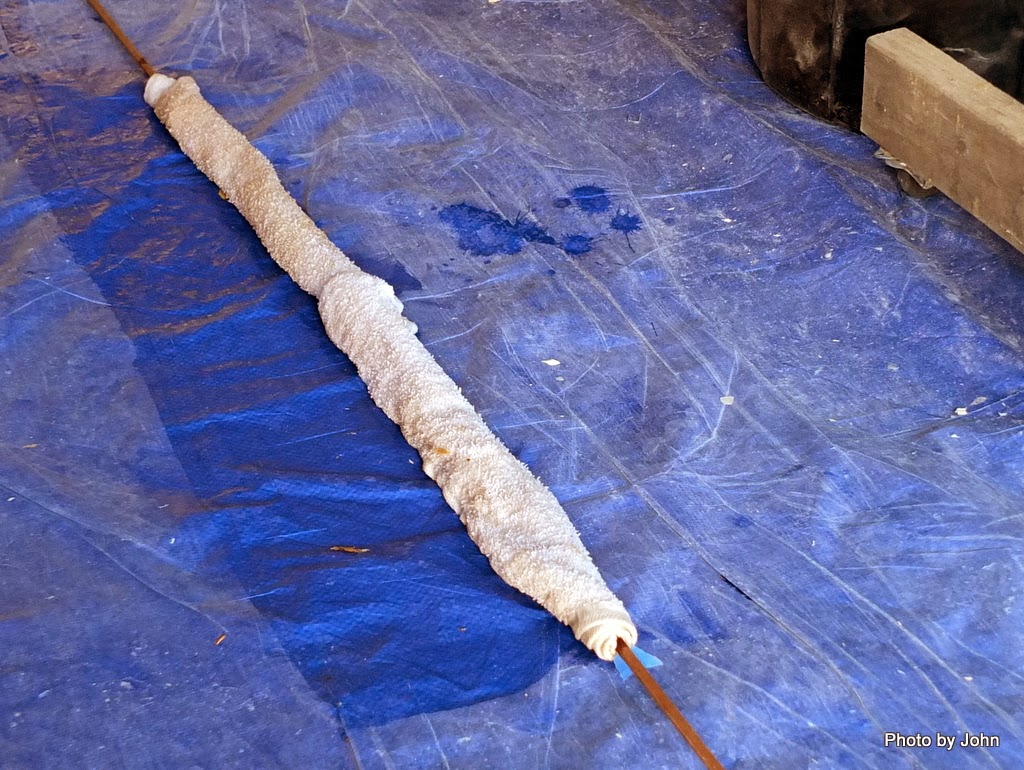 We added some thin contrast strips including an 1/8" inch strip around the coaming base. The curve at the front was sharp enough that we needed to help the strip bend by soaking the area in boiling hot towels. 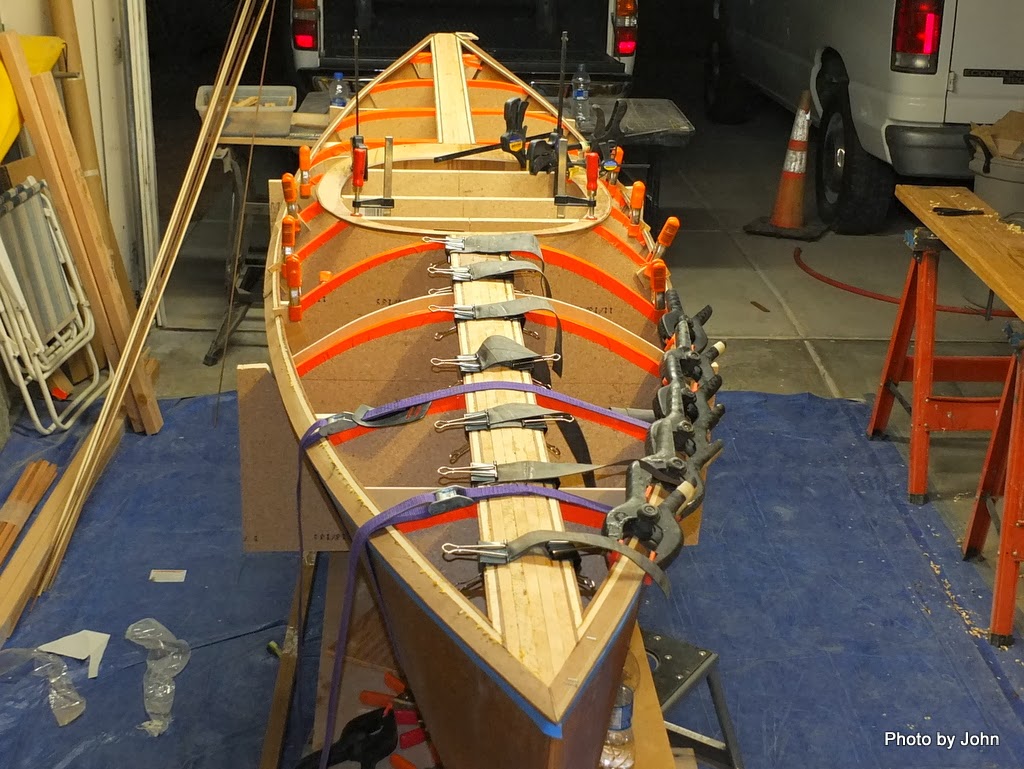 Each individual strip is cut and fitted and then edge glued to the adjoining strips. By the end of the day, we had the shear as well as all the feature strips in place.

If we're on schedule, we should be camping somewhere near Lava Canyon (river mile 65.9) when this is published with a layover day planned for tomorrow.
Posted by Just Finding Our Way at 8:02 PM