All the Straight Stuff 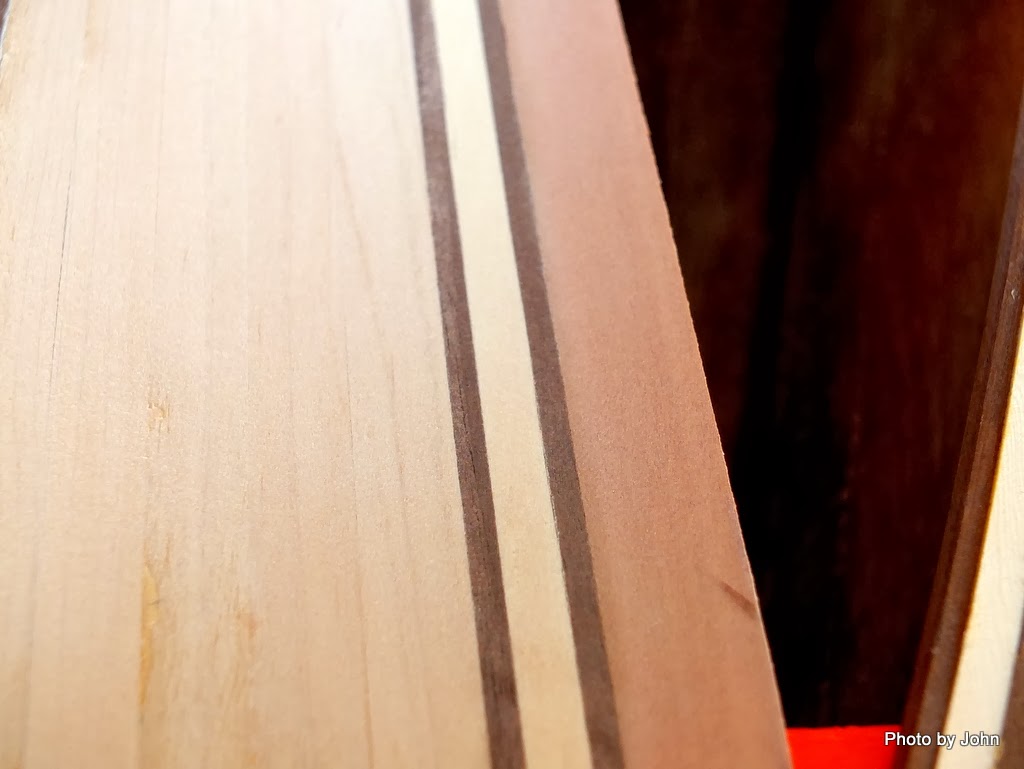 Saturday morning we started with the first Western Red Cedar strip. With the boat divided into four quadrants we were able to to work around it. By the time the strip for the fourth quadrant was fitted and glued, we were able to remove the clamps from the first quadrant and start fitting the next strip. 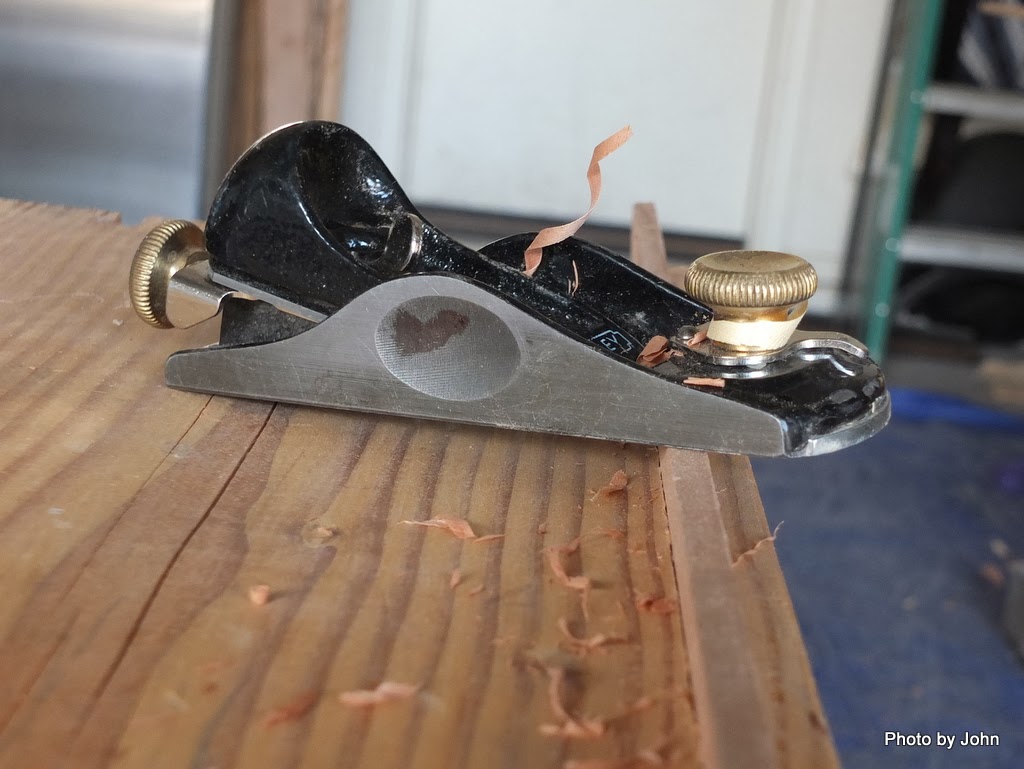 Because of the curve of the deck, especially in the front of the kayak, some of the strips needed to be beveled so that they would fit tightly together. A dado in a length of 2 x 10 holds the strip on edge while the low angle block plane makes quick work of the required bevel. 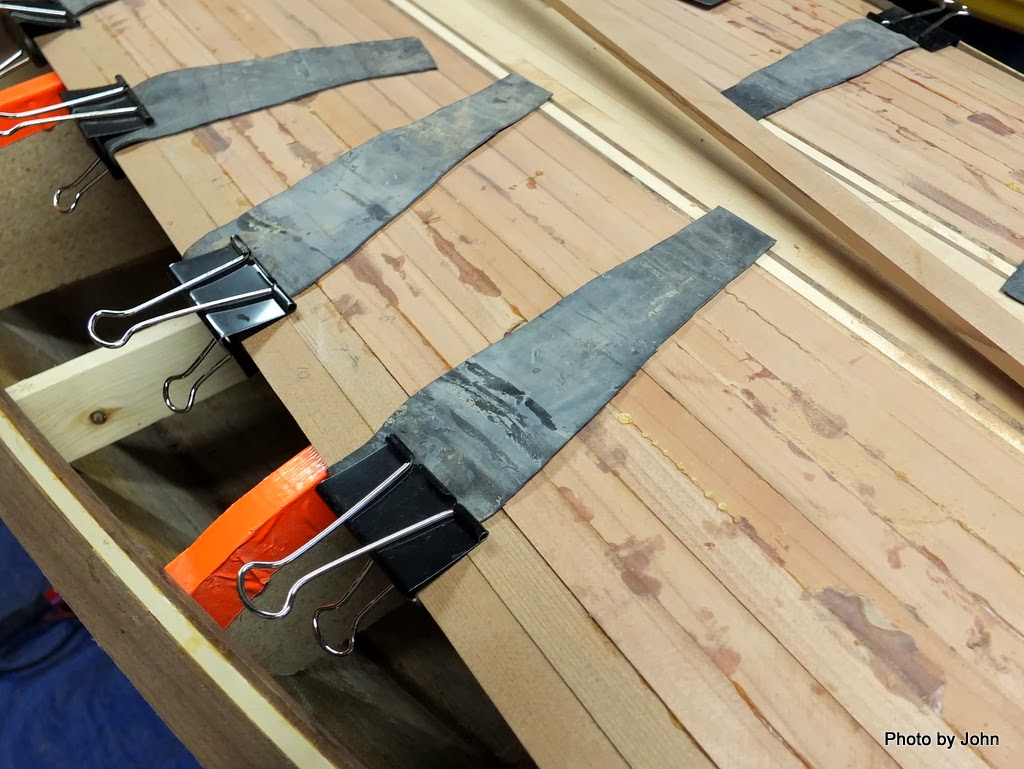 A wide variety of clamps were used to hold the strips in position while the glue dried, but my favorite was a strip of inner tube and large binder clamps. By using clamps like this, we were able to avoid using staples in all of the strips except for the shear strip. 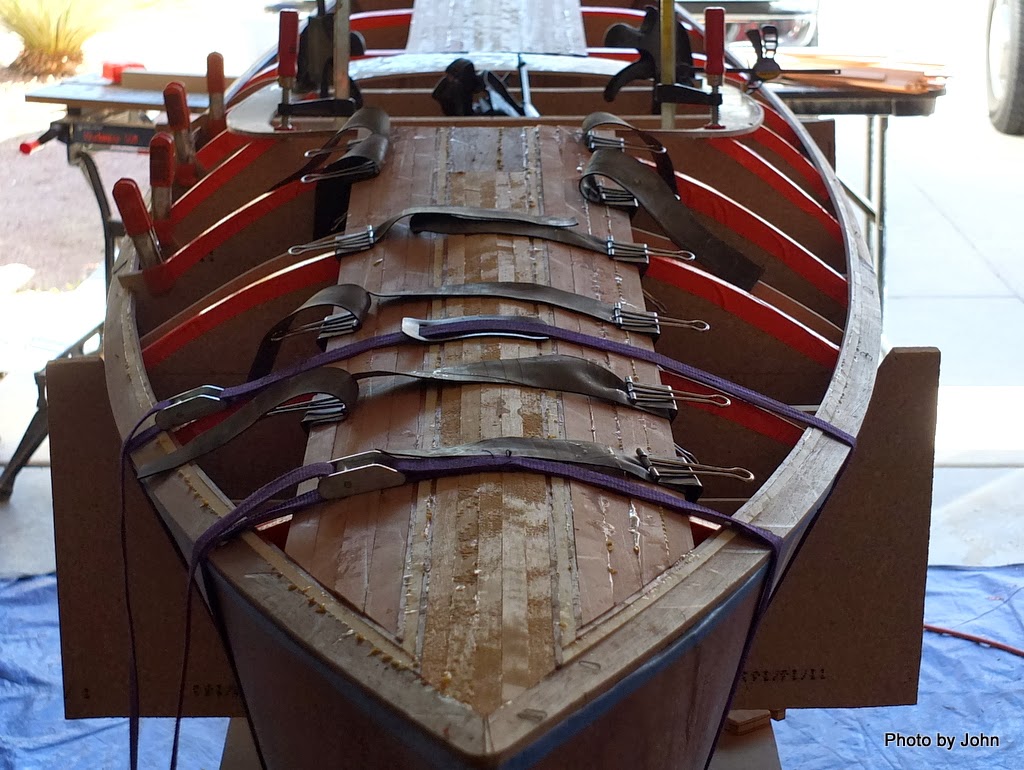 I didn't take many pictures but by the end of the day Saturday, we'd fitted and glued 44 strips. This picture was much earlier in the day. 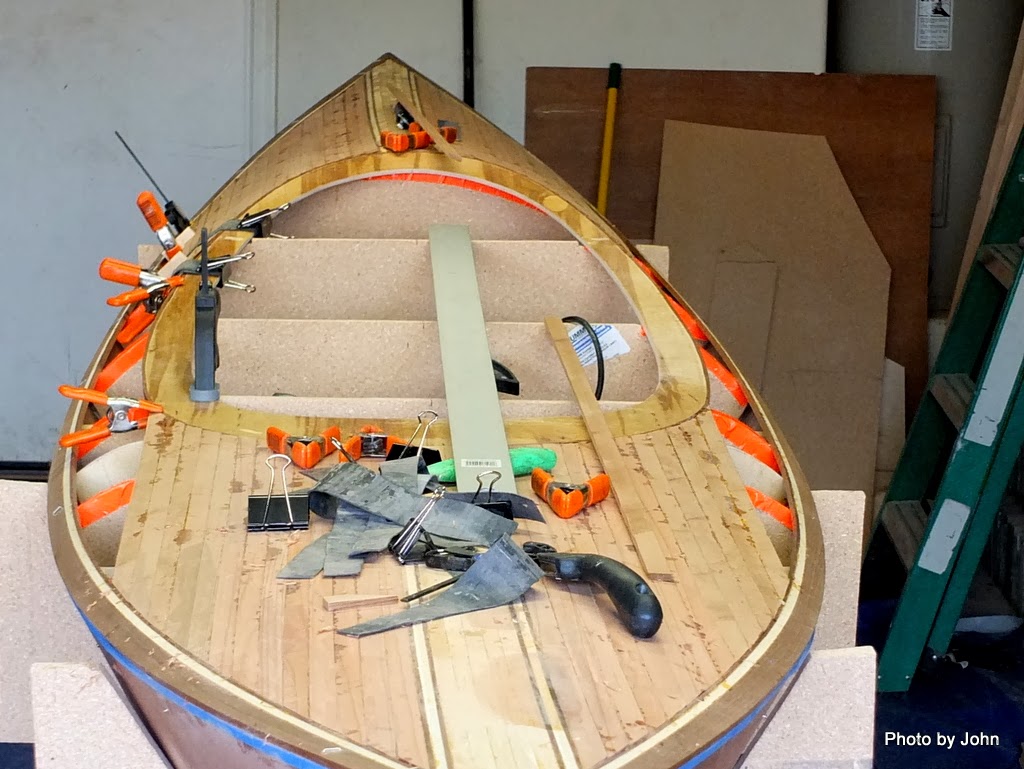 After church on Sunday we picked up where we left off, hoping that we would have the deck totally stripped before the end of the day, but 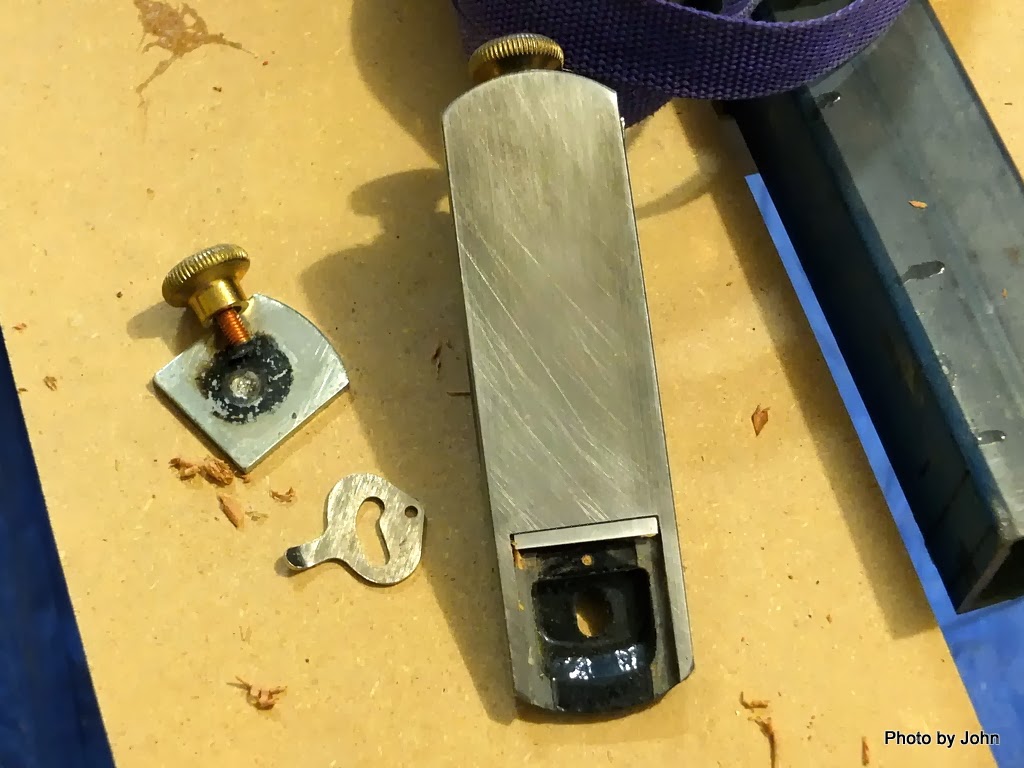 when the plane hit the floor, all work came to a screeching halt. With the stud broken off the toe plate, one of the most essential tools was down for the count, just when we were getting to the interesting (or perhaps better described as challenging) strips.

If we're on schedule, we should be camped just above Granite Rapid (river mile 93.7) when this is published.
Posted by Just Finding Our Way at 8:02 PM