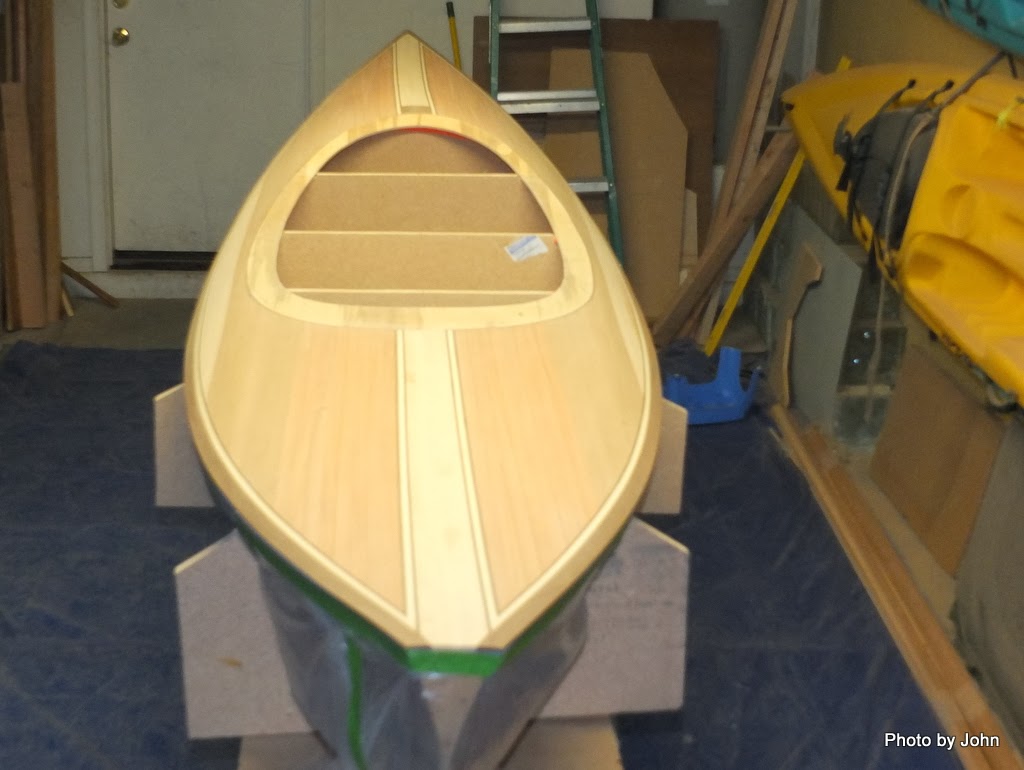 On the 12th day of the kayak build project (most were full days but 3 or 4 were short days or evenings) we were ready to put fiberglass and epoxy on the deck. Kathy had done one final sanding and masked off the hull so the deck wouldn't get stuck to the hull. 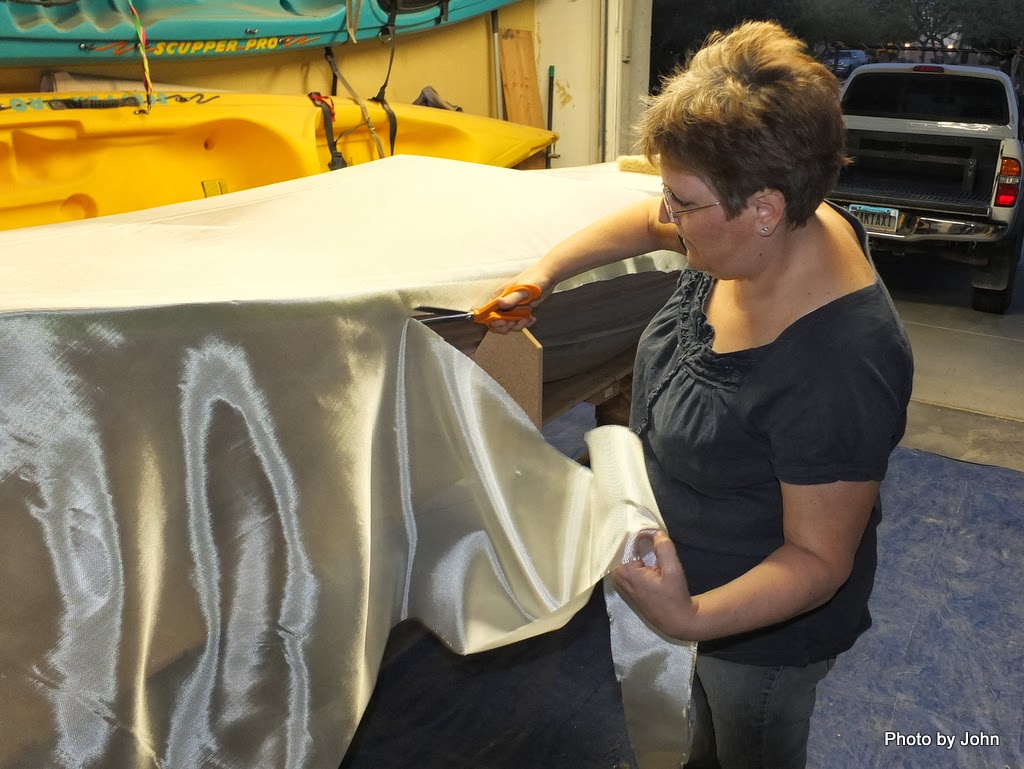 The glass went on in one piece set corner-wise as much as possible to aid the cloth in draping over the curves. The excess was trimmed off and will be used on the under side of the deck. 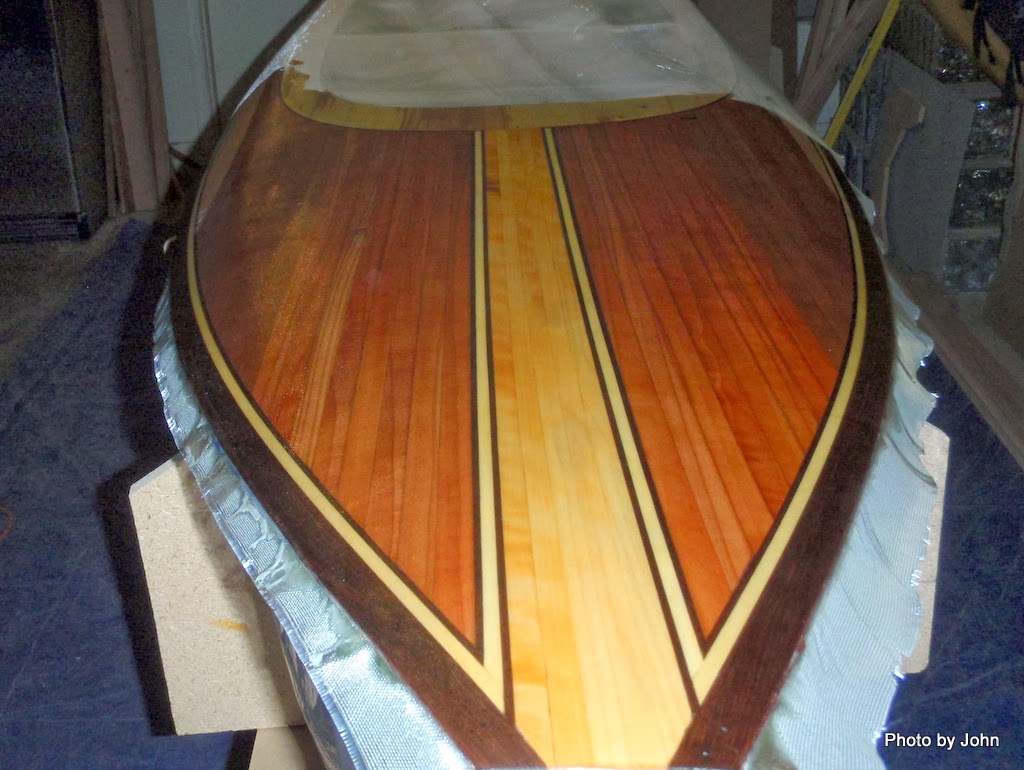 The epoxy was applied by pouring and spreading with a credit card. The epoxy turns the cloth clear and we get our first view of what the deck will really look like. Couldn't resist a picture with the first coat on just the rear deck. 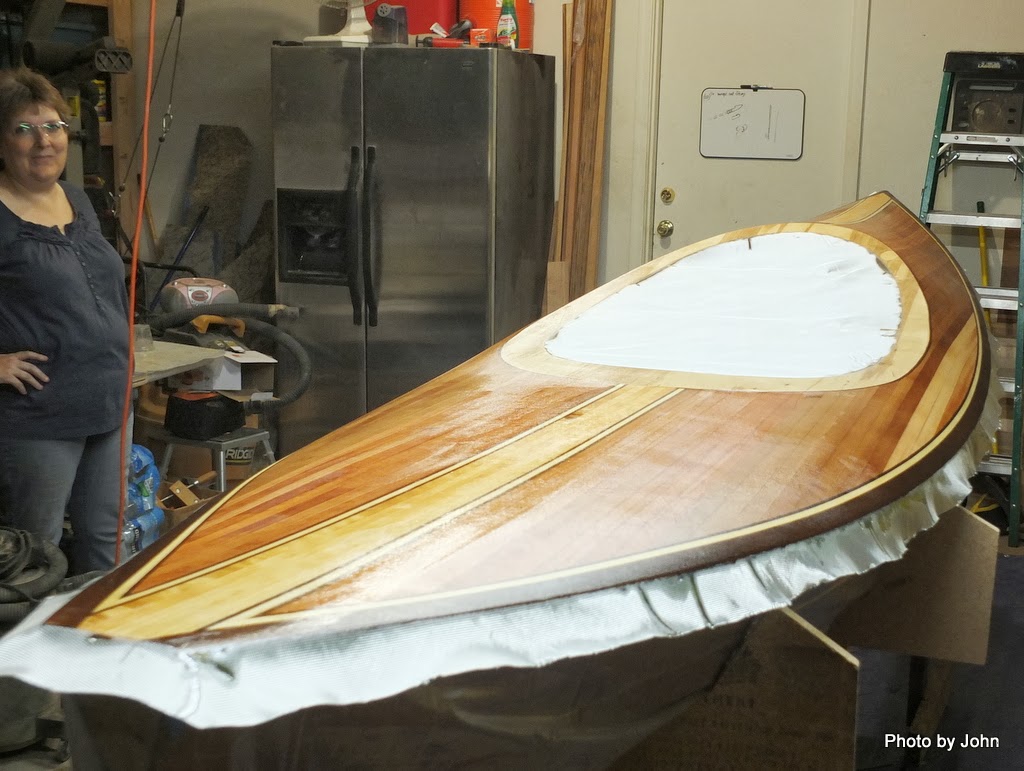 It was really tough to get a picture without glare. This was after the first coat. We noted the cedar was really thirsty and pulling epoxy from the cloth in a few places so we mixed up some more and added a second coat. 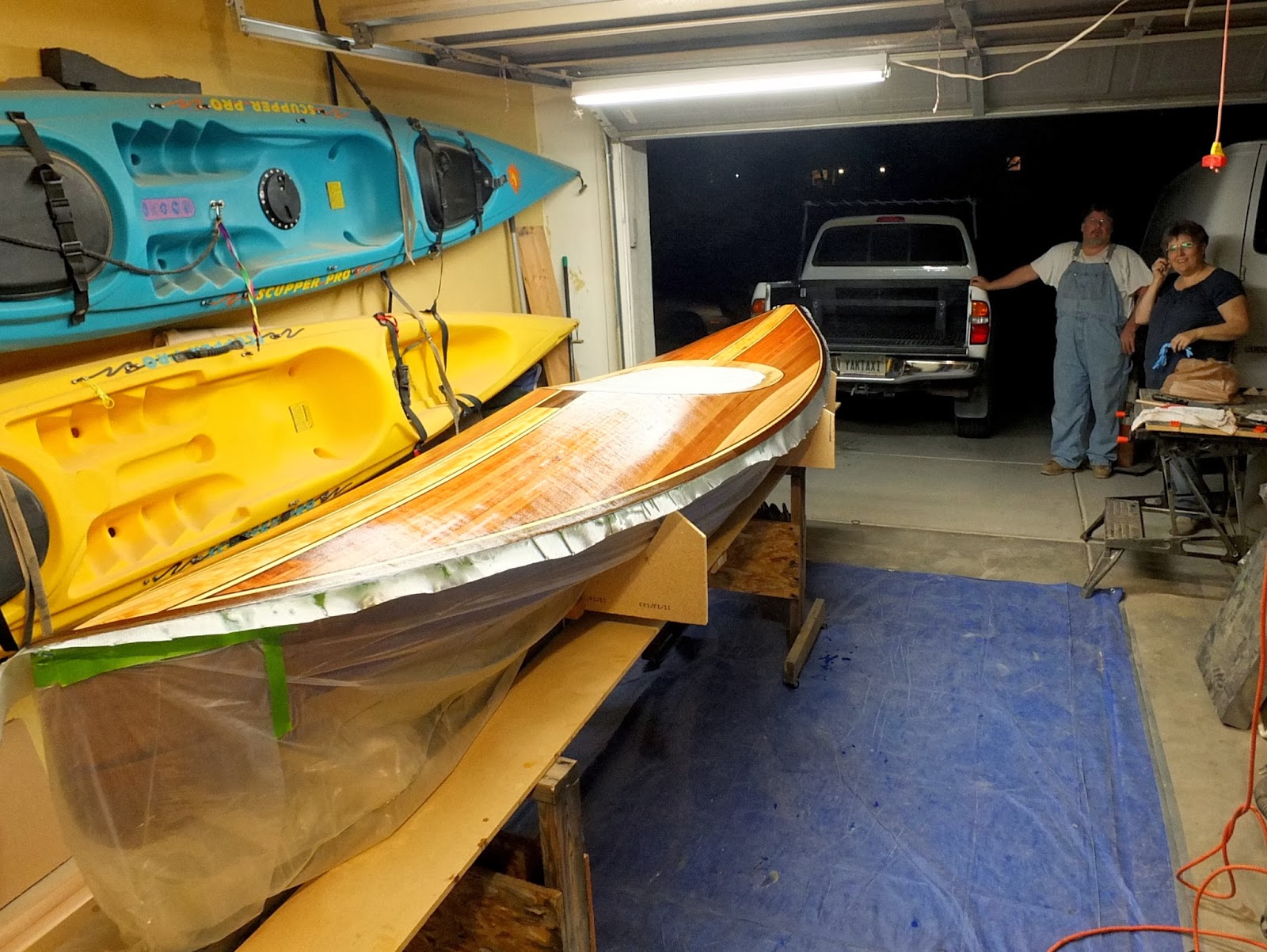 Even from the other end I got glare 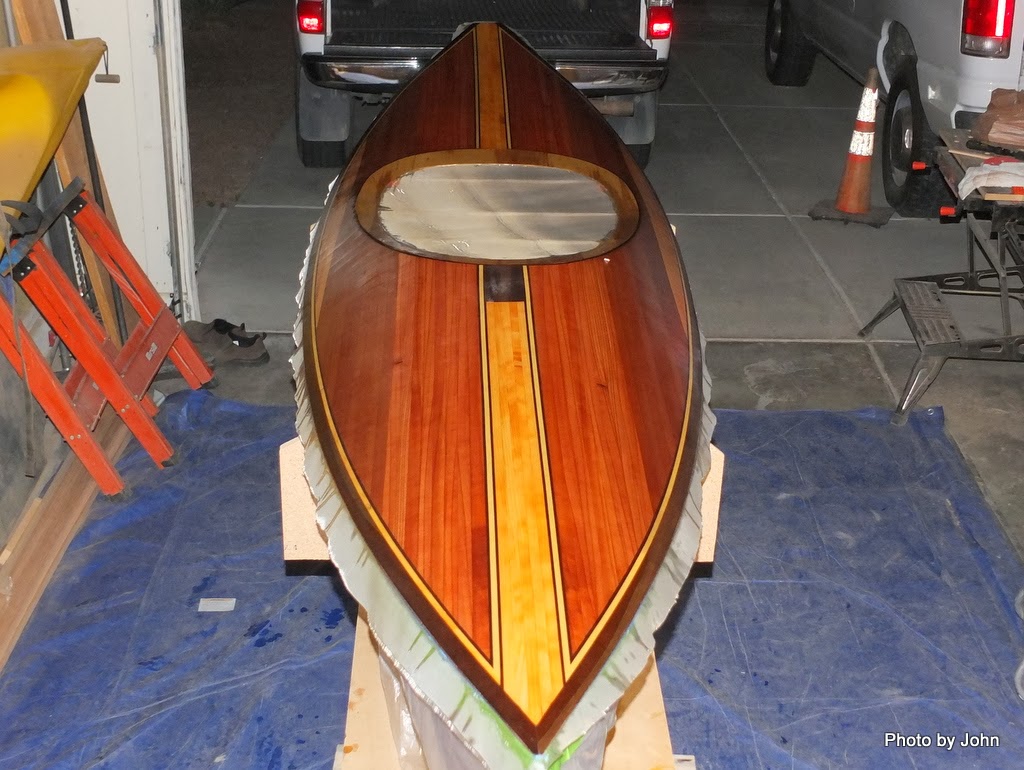 until we turned off most of the lights. The boat will essentially set as-is until I get back from my Grand Canyon river trip with the exception of trimming the excess glass and building up the vertical portion of the cockpit coaming.

As this is published the Grand Canyon river trip should be camped near river mile 172 enjoying our second layover day.