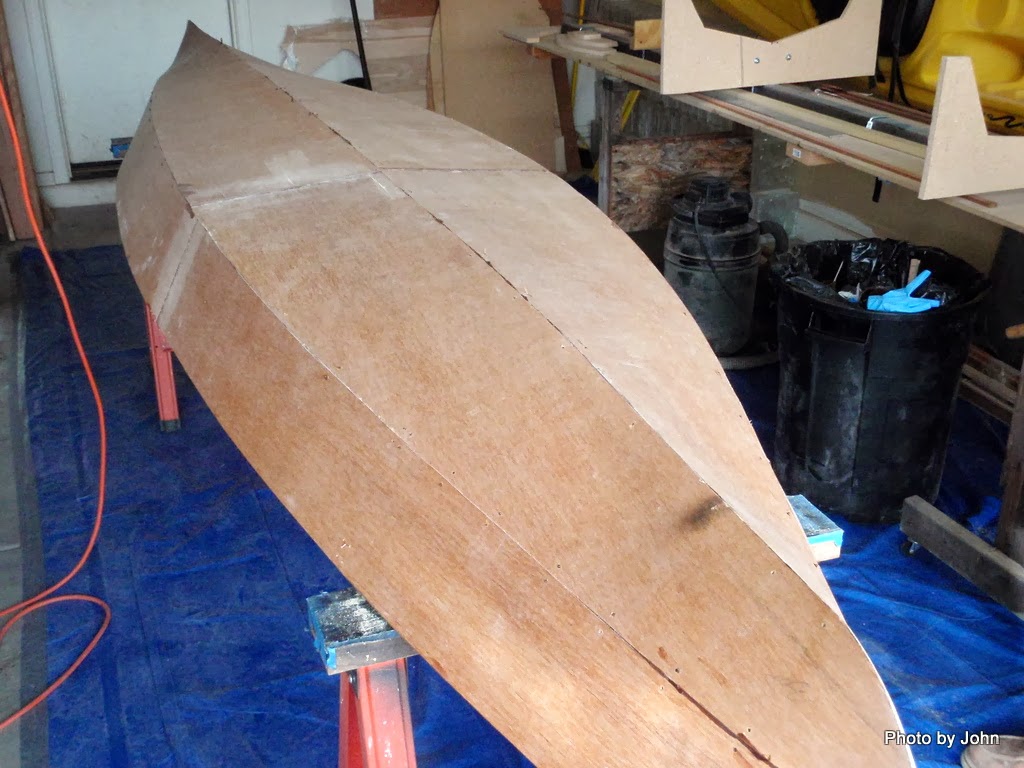 We flipped the hull over today so that we could sand and glass the exterior. 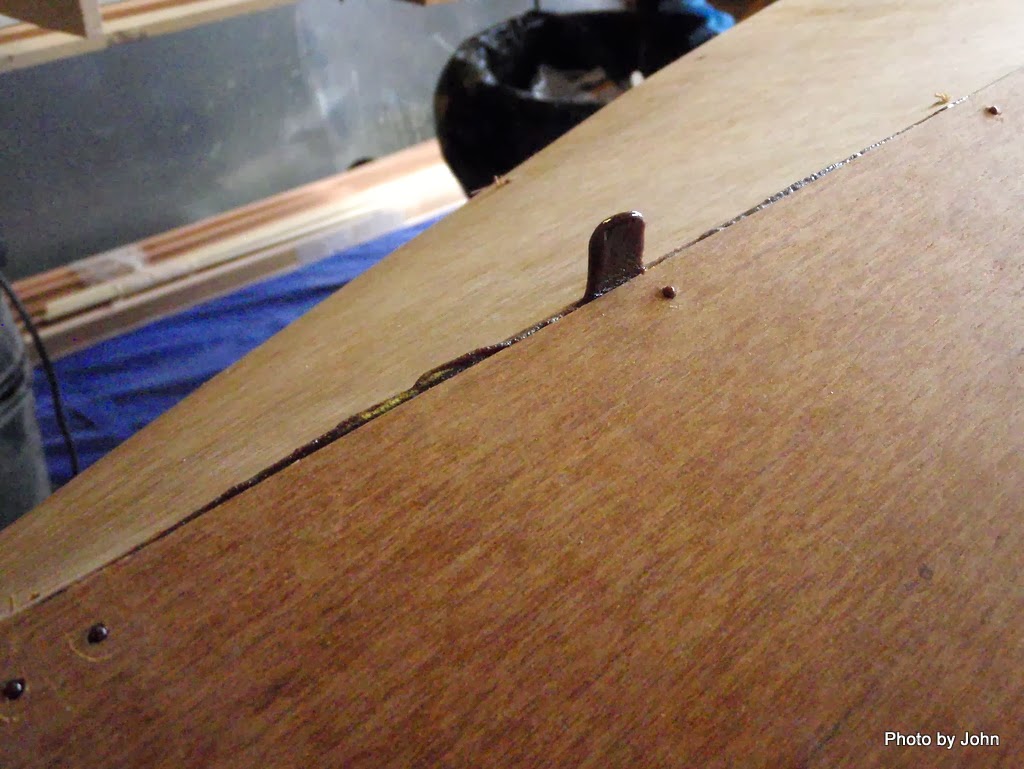 We expected some squeeze-out along the joints and at the holes. We didn't expect to see a near perfect tongue depressor formed from epoxy thickened with wood flour. 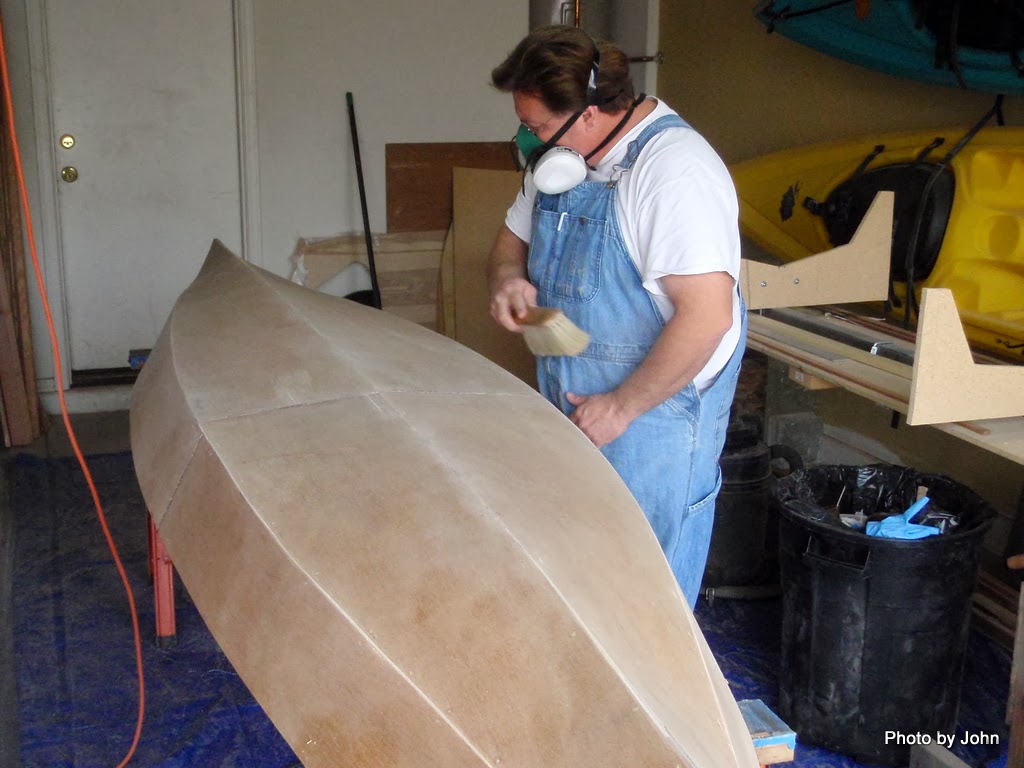 It didn't take long to get rid of the squeeze-out, sand the hull, and radius the keel and chine lines. 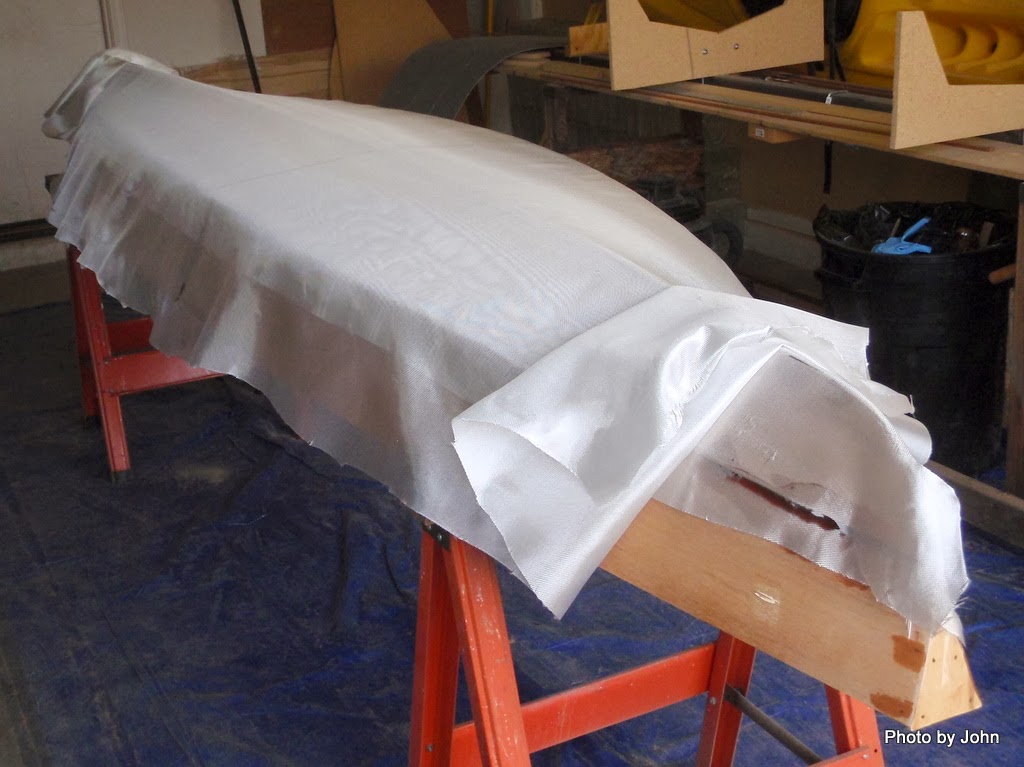 We had a few spots that we knew we'd need to add a bit of thickened epoxy to fair the joints at the bow and the stern. After that, we laid out two layers of fiberglass fabric. The inner layer extends about 2 inches above the chine and then the outer layer goes past the shear. 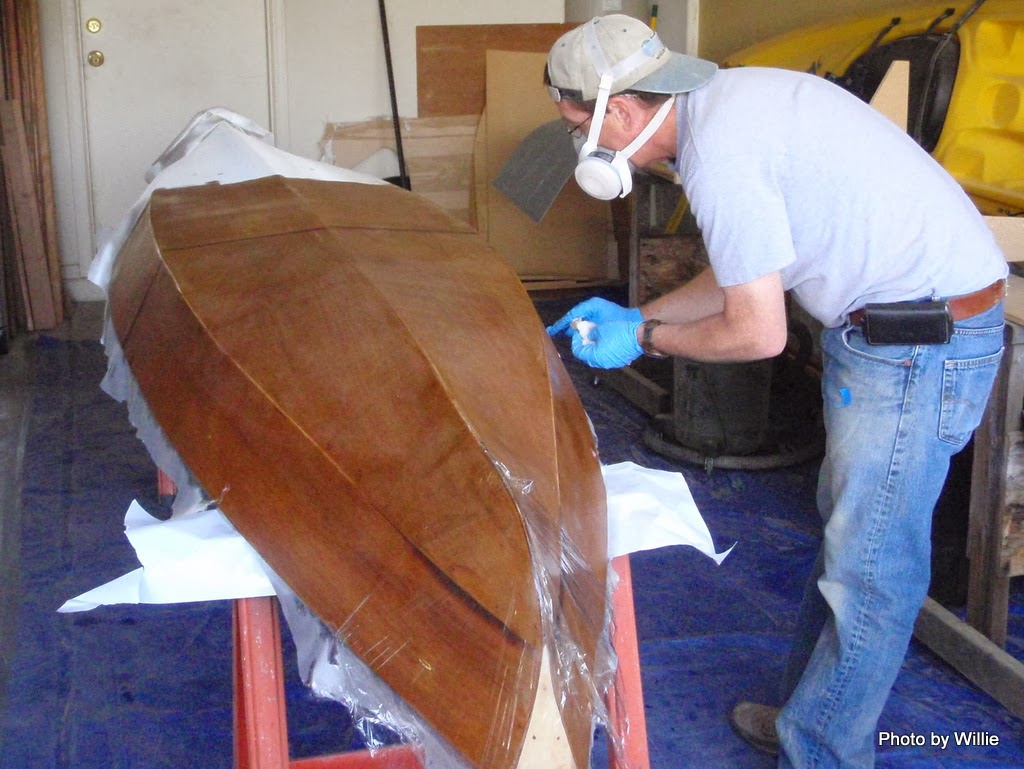 I started near the center of the hull and worked towards the back, using a credit card for a squeegee to spread the epoxy. After wrapping the glass at the stern, we used a piece of plastic wrap to keep it down tight to the curve of the keel until it cures. 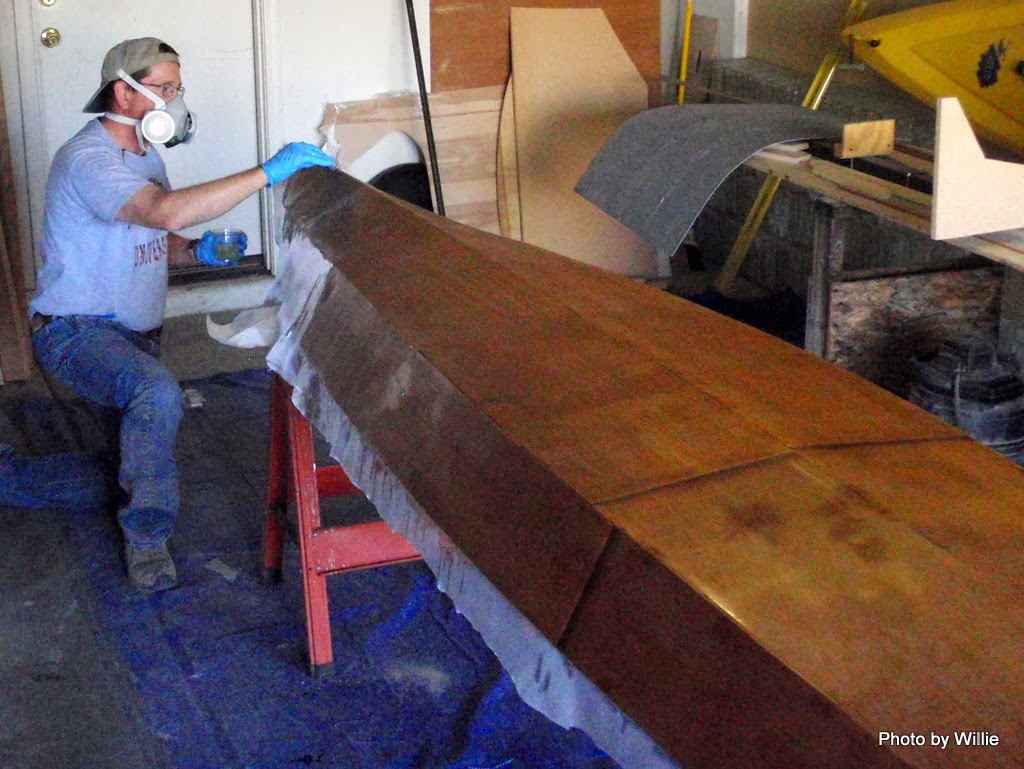 Almost done - just the final section at the bow. 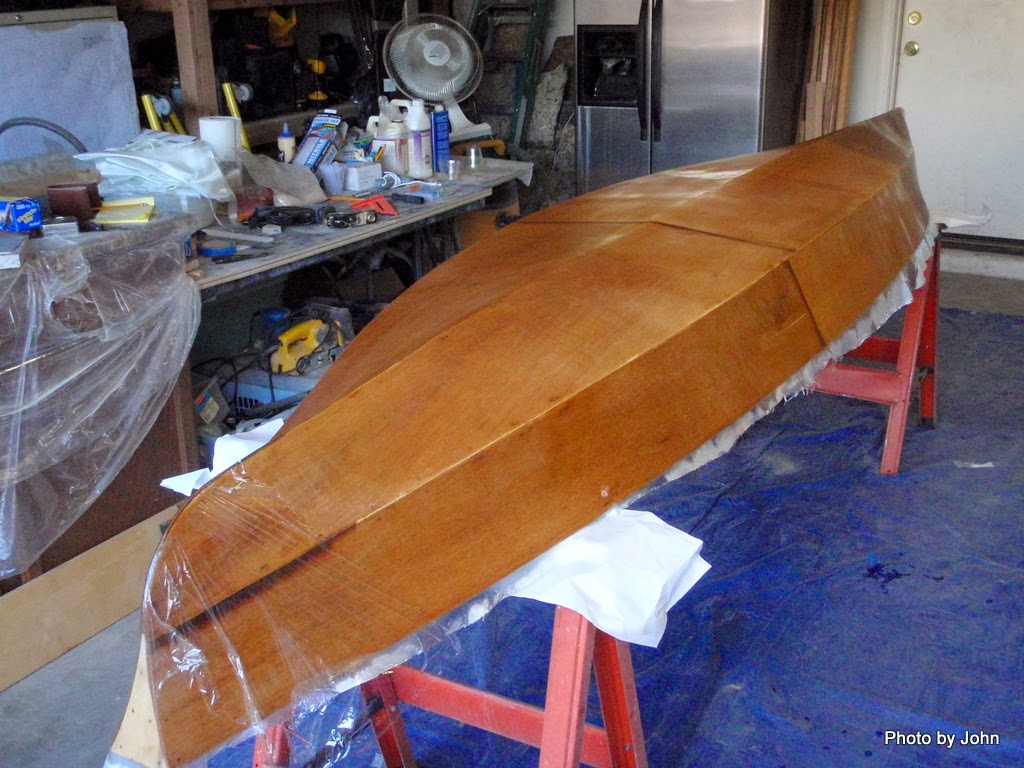 As done as it's going to be for today. Tomorrow morning the excess glass will be trimmed from the shear and then we'll be ready to put it back in the cradles on the strongback so we can start stripping the deck.

One of the final steps of the kayak construction project will be to paint the hull Hatteras Off-White.

If we're on schedule, we should be camping near Shinumo Wash (river mile 29.5) when this is published.
Posted by Just Finding Our Way at 8:02 PM