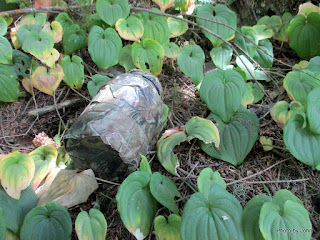 So many caches are vitamin or medication bottles covered in camo tape. They're cheap, but that's about all they have going to them. They're not totally waterproof so the logs are often damp. 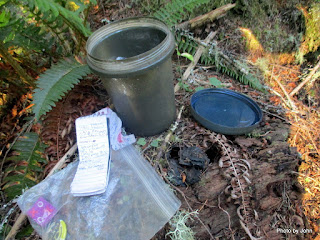 Sometimes, the old plastic peanut butter jar gets the nod. Usually the ho-hum containers are hidden in a ho-hum manner. Still an excuse for a hike, even if they're not exciting to find.

When I'm visiting an area for just a few hours or a few days, I'll typically download the local caches and then sort them based on their favorite points. It's a quick and easy way to spot the caches others think are special. 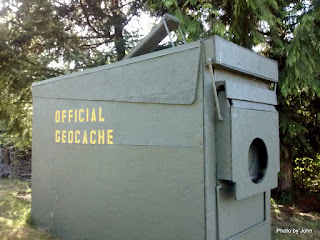 This cache was in the back corner of the owner's yard. A pretty good copy of an ammo can, but this one is 8 feet long and 4 feet wide. 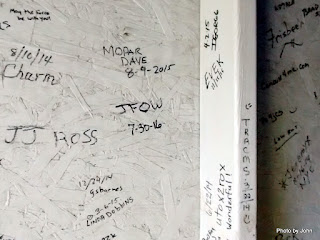 There was no logbook - you just signed the wall on the inside. This cache had earned 172 favorite points on 272 finds since it was created. 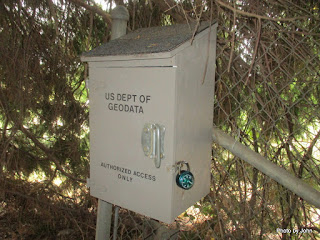 This one was very easy to access, yet hidden from public view under a large cedar tree. 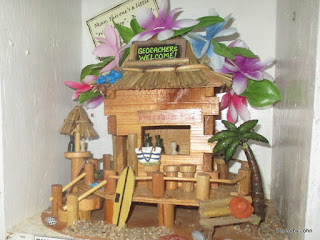 Inside was a very nice tiki bar and in another section, space for typical swag. 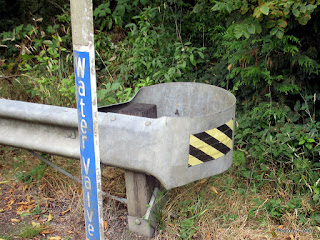 Guard rail caches are generally a dime a dozen, but this one had a notable collection of favorite points, so I had to stop to see why. 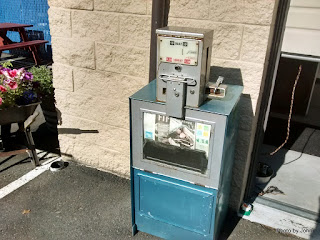 This one was a lesson for urban geocaching. The first trick was recognizing what it was instead of what it used to be. The next trick was correctly interpreting the clues in the cache description so that you could open it.

Not all of the fun caches are large. Perhaps the caching highlight of my time in Seattle was a nano-sized cache. Very nicely done, but the special part was meeting another geocacher there that was describing a similar cache in Mesa - yup, one of mine.