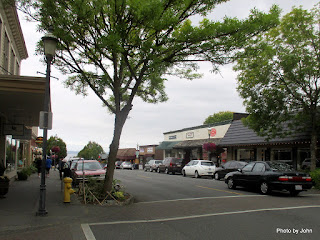 I finally got a chance to wander to downtown Edmonds. My destination was the waterfront but I must admit I liked the classic, small town, downtown area, complete with opportunities to practise parallel parking skills. Lots of the street corners had profuse displays of flowers. 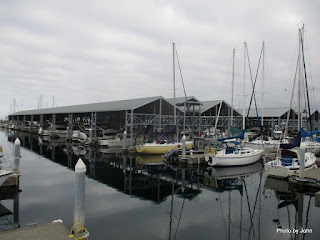 There's a very nice walkway that extends from the beachfront dog park on the south, past the very active small craft marina 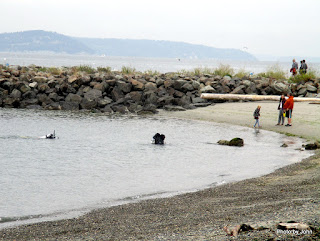 to an underwater State Park on the north. The park was clearly popular with the SCUBA divers. 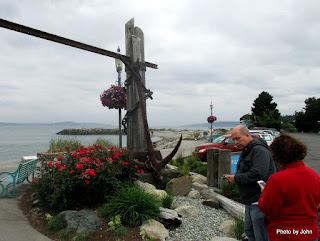 As my brother-in-law and I wandered, we noticed a few Pokemon players, 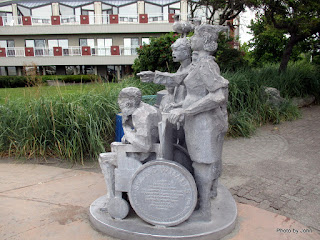 but it was the wide variety of sculptures that caught my eye. This sculpture was placed near whale watching scope. 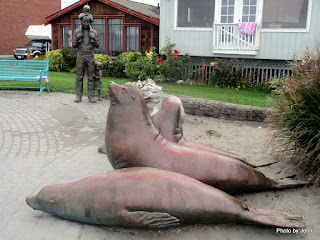 The brass seal lions caught my attention for a moment, and then I noticed the man with his two children that was also watching them. 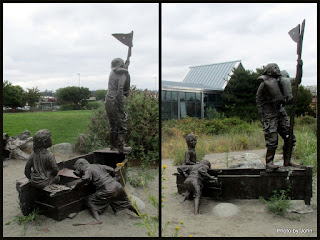 My personal favorite was the crude rowboat with three kids. As I circled it, I kept noticing other details. The part I really appreciated was that the young man standing at the bow was holding a claw hammer in his hand, and the 'wooden' flag was nailed to the mast, complete with bent nails. 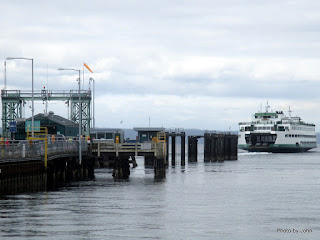 After wandering the waterfront, we caught the ferry to Kingston, leaving the car in the parking lot on the Edmonds side. 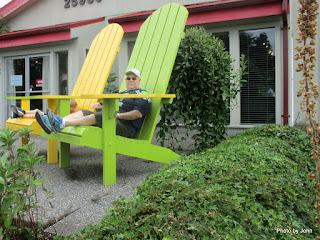 We wandered around Kingston a while. Jim spotted a couple chairs that he wanted for his office, but I don't think they'll fit. 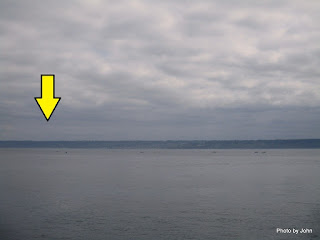 The big reason I'd headed for the waterfront, and my hope with taking the ferry, was that the weather would clear and we'd get some of those snow-capped mountain pictures. This one is a picture of Mount Baker, 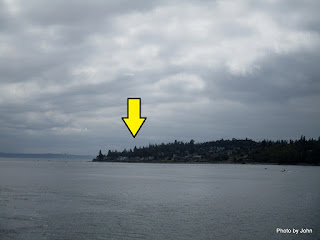 and this one is a picture of Mount Rainer - just use your imagination!
Posted by Just Finding Our Way at 2:30 PM