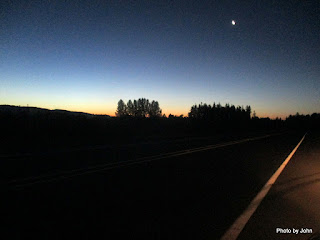 After a couple nights in a cushy (and much appreciated!) guest room in Newberg, I left as the eastern sky started to glow. My intent was to visit two oldies and make some progress back towards Seattle. If I calculated right, it should be light enough to hit the trail when I got to the first trailhead. 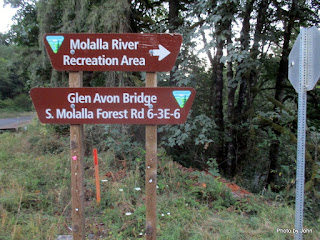 After passing through the big town of Molalla, I came to the Forest Road that crosses and then follows the western side of the Molalla River. I'd expected it to be gravel, but it was nicely paved for the five miles I drove. 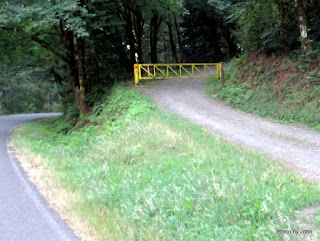 Some of the logs for GC16 had mentioned the Yellow Gate Trail. It was pretty obvious where that name came from, but I would have called it a road instead of a trail. Parking was available near the I Cedar Light cache.

The first portion of the "trail" was aggressively uphill until just past the "Huff and Puff" cache which was appropriately named. 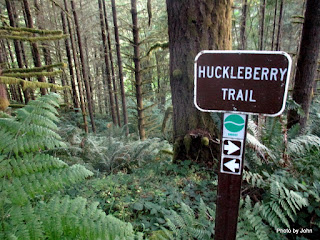 Just past Huff and Puff, the Yellow Gate trail intersected the Huckleberry Trail which followed the contour lines to a great extent. 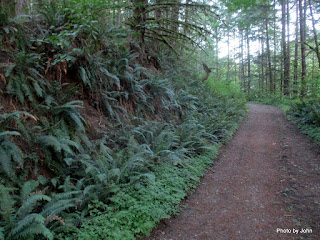 Once again, the "trail" had clearly served in a previous life as a logging road, but was very nicely surfaced. If the gate had been open, I'm quite sure I could have driven the antique Honda Civic I was using to within about 300 feet of the cache. I passed two more caches on the way to my goal for this part of the day. 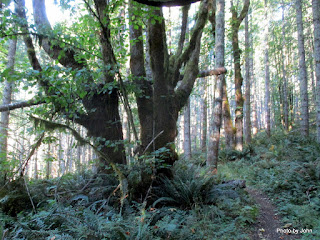 I'd seen notes suggesting some bushwhacking for the last bit of the trail, but that wasn't my experience. When I got to 90 degrees from the Huckleberry, there was a clear geopath which quickly led to a narrow but obvious trail that led closer.

I suspect antenna in GPS have improved greatly. When I located the cache, my GPS was showing it still had 50 feet to go. 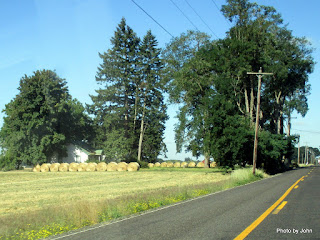 With the 3.4 mile r/t hike to GC16 done, it was another drive across hill & dale past hay fields, occasional vineyards, and Christmas tree farms. 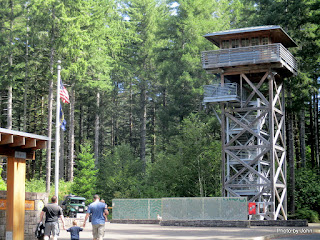 I stopped in at the Tillamook Forest Center on Highway 6 to look at their map and inquire about gates.

I left Highway 9 on what Google Maps calls Wilson River Toll Road near the Kansas Creek Cache. Unlike the previous two, in this case the road was gravel as soon as I left the highway. 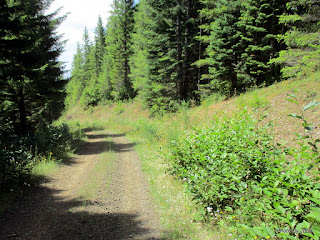 Much of the road was well graded, and all was easily passable until DeLorme decided I should veer left from the more heavily traveled route. At the next corner, it was evident that I wasn't going to be successful negotiating the road with the low slung Honda Civic, but I was less than 500' from the In Open Sky Country cache so I parked the car (45 29.093,-123 32.829) and started hiking. 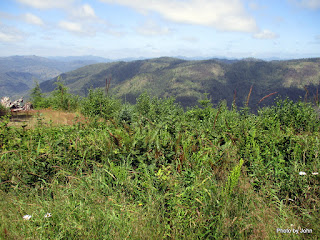 The Humbre Ridge cache apparently had lots of open views when the cache was placed in November of 2000. Now, most of the views are obscured with trees, but occasionally there would be an open spot with views across rows of ridges. 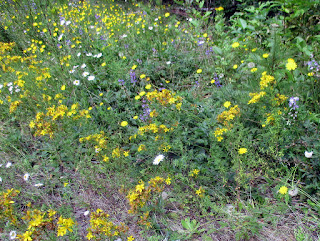 Even though it was late July, the wild flowers were plentiful. 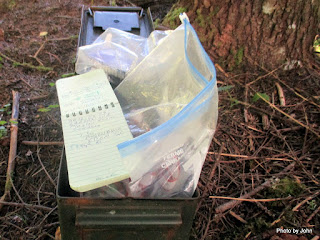 The cache container had been replaced, but the original log was there which made for some interesting reading.

All that was left after signing the log was to walk back to the car and see if I had enough gas to get to Tillamook. 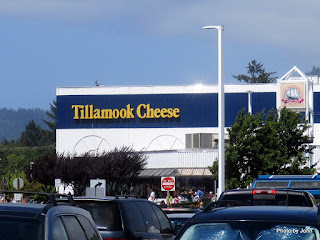 Turns out I had more than enough - I could have reversed course at the one wrong turn and driven all the way to the cache, but the hike was nice.

So was the grilled ham and cheese at the Tillamook Creamery! A great way to celebrate finding three oldies (and a bunch of others) in one weekend.