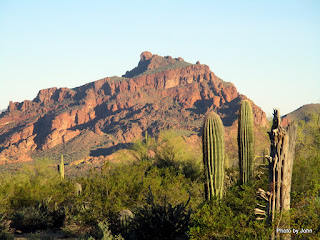 After we got back from Quartzsite, BJ and I ended up spending a couple mornings in the Hawes Trail area. We both commented about how green the desert was - partly because its much more lush than the desert along Arizona's western border, and we thought that the unseasonably warm weather might have an influence as well. 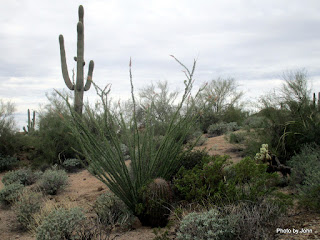 Some of the area could pass for developed desert gardens given the variety of species. Saguaro, ocotillo, brittle bush, creosote, chollo, jojoba, palo verde, and the list goes on. 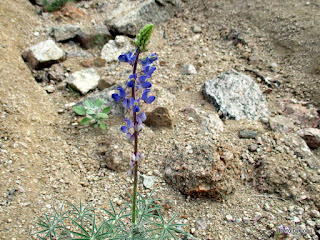 There were little spots of color if you kept an eye out. Blues 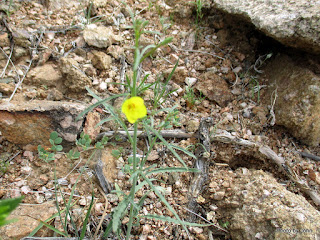 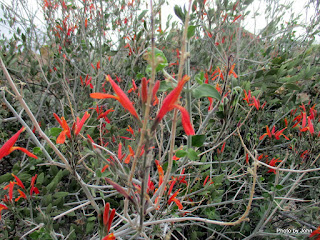 but there's some reds and oranges as well. 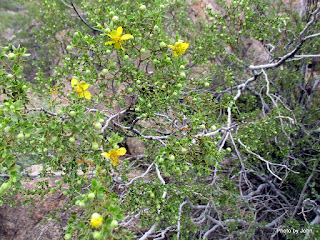 Creosote was blooming and our noses noted it as we sniffled. 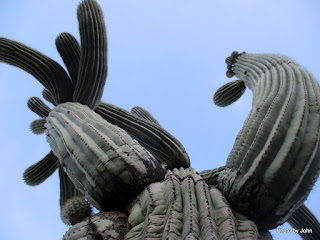 Even the unusually twisted saguaro guarding a cache seemed to be enjoying the weather. I doubt the heat will last this time, but it won't be long and the heat will be back for good.