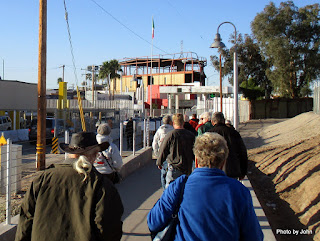 It seems like every travel blogger that visits the southwest makes a mandatory stop in Los Algodones, just across the river from Yuma. I joined the early morning hordes that parked on the U.S. side ($6) and walked across the border. No border formalities southbound. 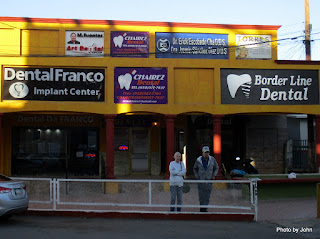 It's very obvious, even from the billboards before you get to the border, that dental is big business in Los Algodones. 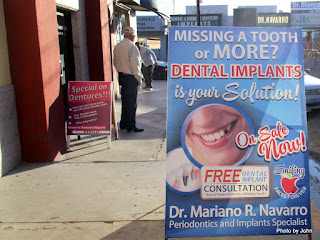 The signs are everywhere, and it seems that implants and dental surgery are on sale most every day. Rumor has it that costs run about 25% of US prices. 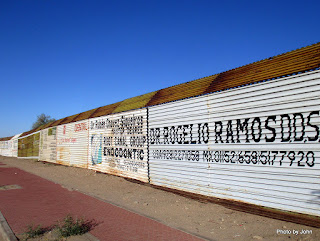 Even most of the south face of "the" fence sports dental advertising. The town is full of cheerful, English speaking people just waiting for a chance to point you to the best dentist, optician, or drug store. 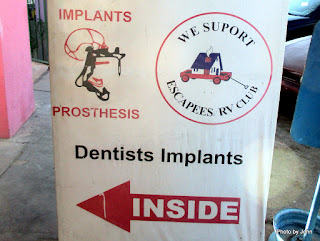 Some of the advertising was clearly directed at RVers including this place that supports the Escapees and implants Dentists. Hummm. 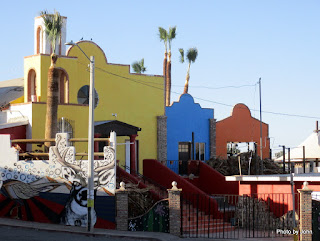 The town is very colorful and reminiscence of other border towns. Underground electrical wiring hasn't been discovered here yet. 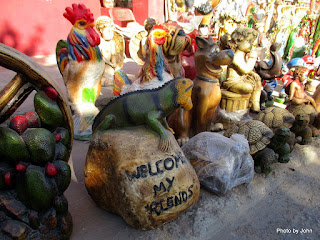 In addition to the big three - Dental, Glasses, and Pharmaceuticals - there were also some shops and many small sidewalk vendors selling souvenirs. I thought about getting some garden art to replace the Dutchman's head that I acquired from BJ's former flowerbed, but didn't want to carry it back across the border. 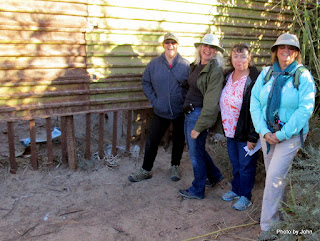 My reason for going to Los Algodones was to join a large group of geocachers that had scheduled the day to visit and find some Mexican caches. I met these four ladies from California at the northern most point of Mexico as we located a cache on the fence. 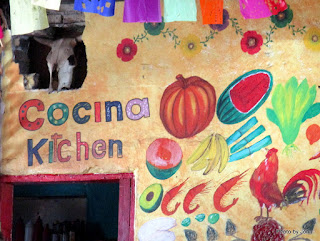 The group of geocachers met at the El Paraiso Restaurant where the Huevos Rancheros were cheap and good but not great. 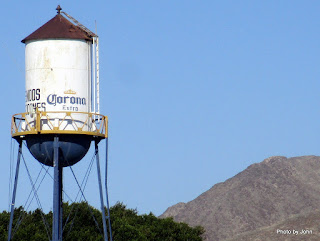 They said the water was safe to drink and didn't mention anything about driving afterward. I played it safe and avoided all liquid... 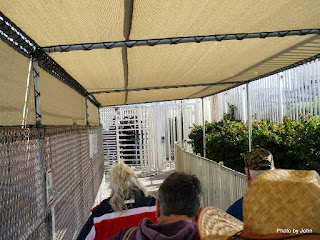 I understand that some times of the day, the line of pedestrians going back across the border can extend for blocks. When I went back, the line was short, ending just inside the turnstile.

All in all, a fun day. I checked on prices for glasses - might be a good deal if I needed multiple pair, but I could get a single pair of prescription sunglasses from Zenni for less.
Posted by Just Finding Our Way at 2:30 PM