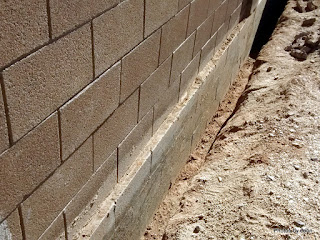 With the length of the trench dug and approval from the Architectural Review Committee, it was time to get the drain holes in place for the French drain. 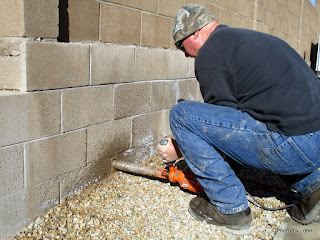 It took a bit to find someone with the equipment to drill the 2" cores from the wall footing. Easy to find big companies for big jobs, but tougher for a small job. Turns out our son-in-law knew someone who knew someone. About an hour later, all of the drains had been wet cored and he was on his way. 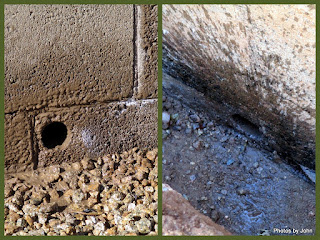 On the left is the exposed side of one of the core holes, on the right is the same hole on the inside of the trench. I learned to not get to close with the camera as the bit was coming through the wall - the cooling water splattered each time. 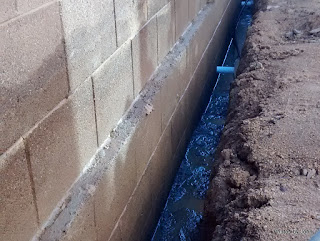 With the drain holes in place, I pressured washed the wall footing 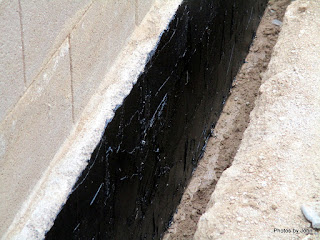 and troweled on a heavy coat of wet patch once the wall had dried. Intermittent rain showers gave me legitimate excuses to take a break while the wall dried again and again. 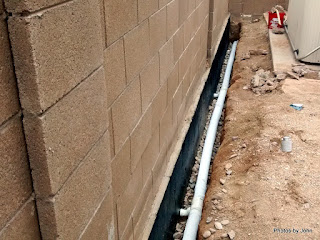 The drain went in easier than I expected. The trench was wide enough, but just barely. The tube has a "sock" on it to keep dirt from working through the holes into the pipe. 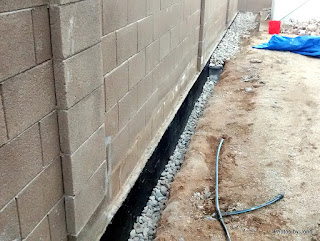 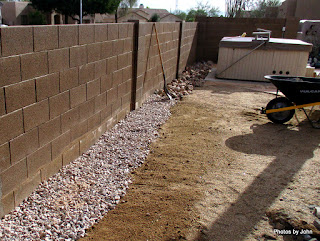 The job should allow the ground on this side of the wall to dry out, and the waterproofing will protect the wall from further seeping. Done! Time to go play.
Posted by Just Finding Our Way at 2:30 PM