It worked! A local cacher placed a series of caches along the Hawes Trail (map) in hopes of getting some people to visit. He'd placed one a couple weeks ago that I visited and it hadn't seen any other traffic since my FTF. This time, he placed ten, but they were published in two separate sets. 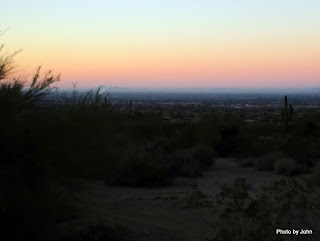 The first pair were published in the afternoon while I was in Queen Creek working with Kathy on her boat repairs. I decided if no one else logged them, I would go out the next morning. Temps were near freezing at sunrise which was a bit tough for us weather wimps. 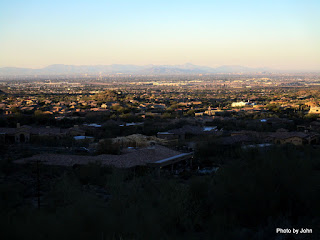 The trail is in the Tonto National Forest, but runs along the southern border of the forest. Very nice housing developments to the south and west 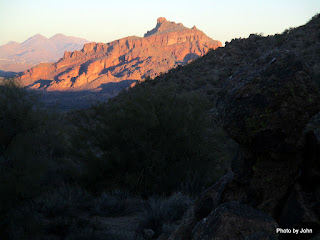 with desert and occasional views of Red Mountain to the north and west. Usually the Red Mountain views were grand in scale 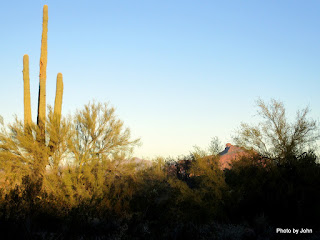 but sometimes the mountain would try to hide as the trail would dip behind a hill.

The first morning was a 4 mile round trip for two caches, Fat Tire & Vanilla Porter. The next day, 8 more caches were published so BJ and I got more organized, parking her car at Thomas & Power at the lower end of the trail, making that a nearly 4 mile one-way hike. 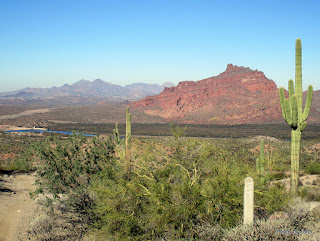 This area had fewer Saguaro than some of the areas I hike and lots more cats claw to make bushwhacking a challenge, but the vast majority of the caches were within steps of the trail. 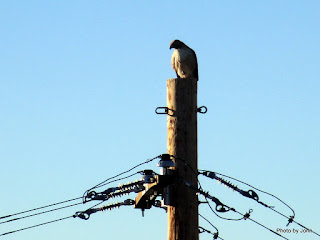 On the first morning, I heard a peregrine and then spotted it on the top of a power pole. It was on the same pole top the next day, keeping an eye out for breakfast! 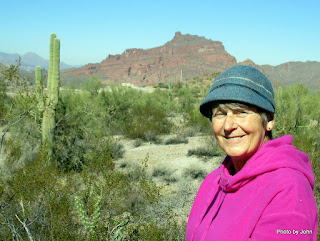 On the second day when BJ and I went out together, we waited until 10 a.m. before we started our hike, making the temps much better. Even with a later start, we were still First To Find on all of the caches. At least this time, there were a few other geocachers that came out, but all of them were a couple hours behind us. 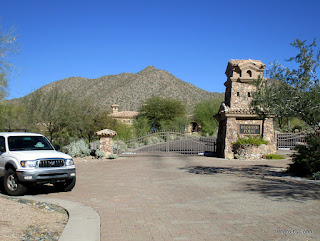 Access to the Hawes Trail is a bit constricted. We parked BJ's car in the Walgreen lot at Thomas & Power. Hawes Trail can be accessed at the lower end from the 1.2 mile Fence Line trail on the west side of the Las Sentas development. 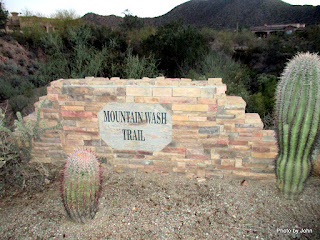 and then hiked up the Mountain Wash trail (immediately west of the Diamond Point entrance) to intersect the Hawes Trail. The Hawes Trail can also be accessed from Usery Park via the Microwave Tower road, west of the park.

All in all, a couple nice hikes in some beautiful country!
Posted by Just Finding Our Way at 2:30 PM