Not What I'd Planned 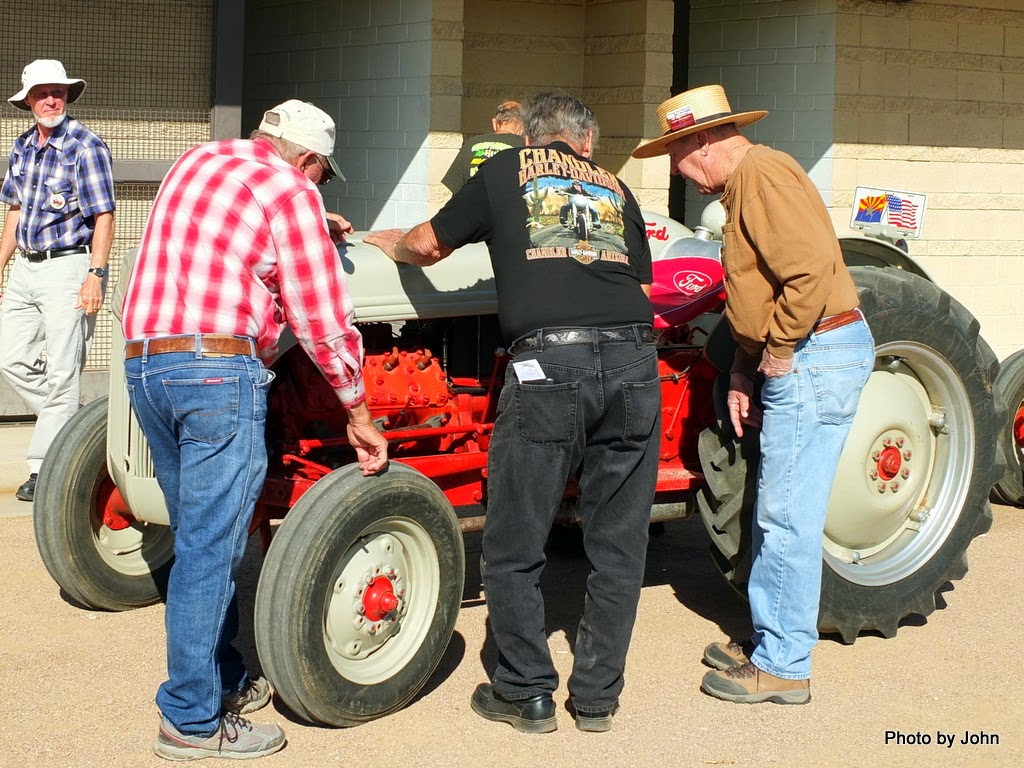 I thought I was going to be at Lees Ferry this weekend, watching Izzy rig her new raft for a Grand Canyon trip, but the water pump gasket in the truck died so it's in the shop, keeping me closer to home. The end result is that I didn't miss the Arizona Early Day Gas Engine & Tractor Association meet in Apache Junction. Lots of old guys (primarily) looking over old equipment. 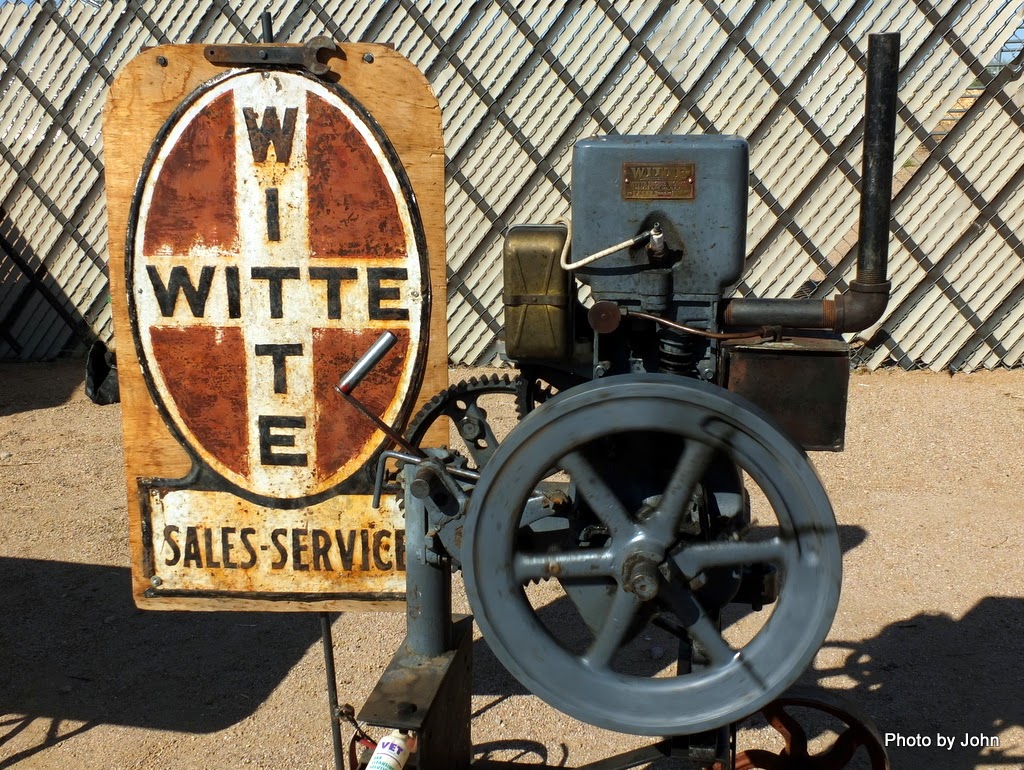 Unlike last time, this time I spent more time wandering through the stationary engine displays. This guy not only had the engine running, but he also had found the appropriate Sales & Service sign for his Witte engine. 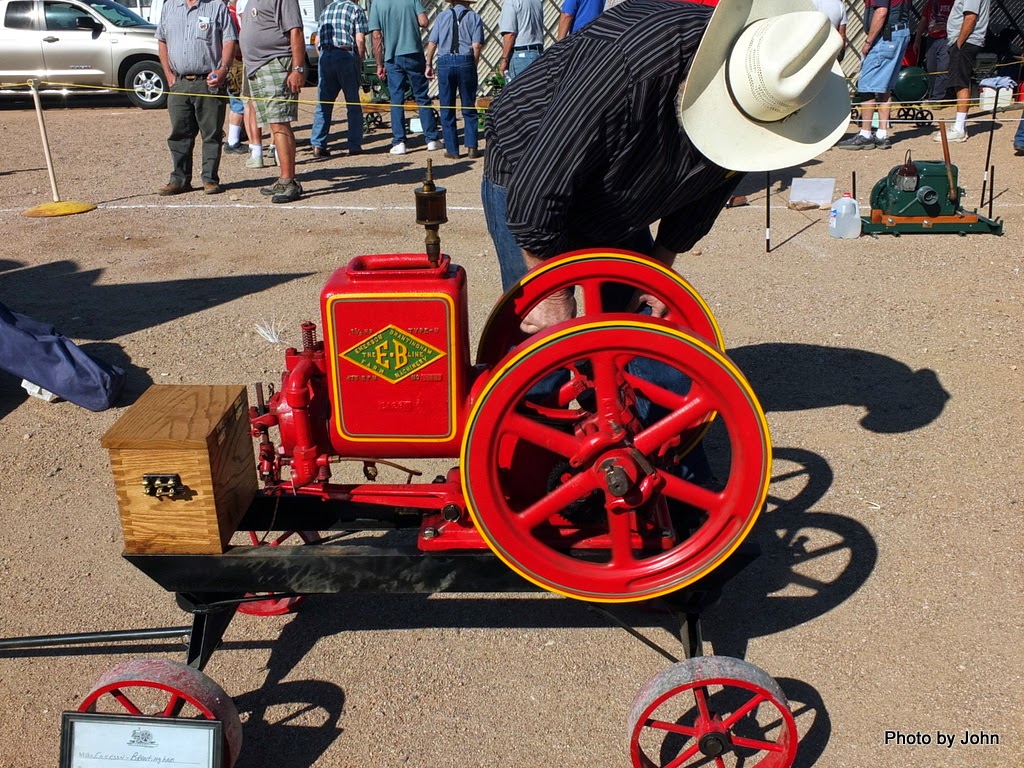 They ranged from little 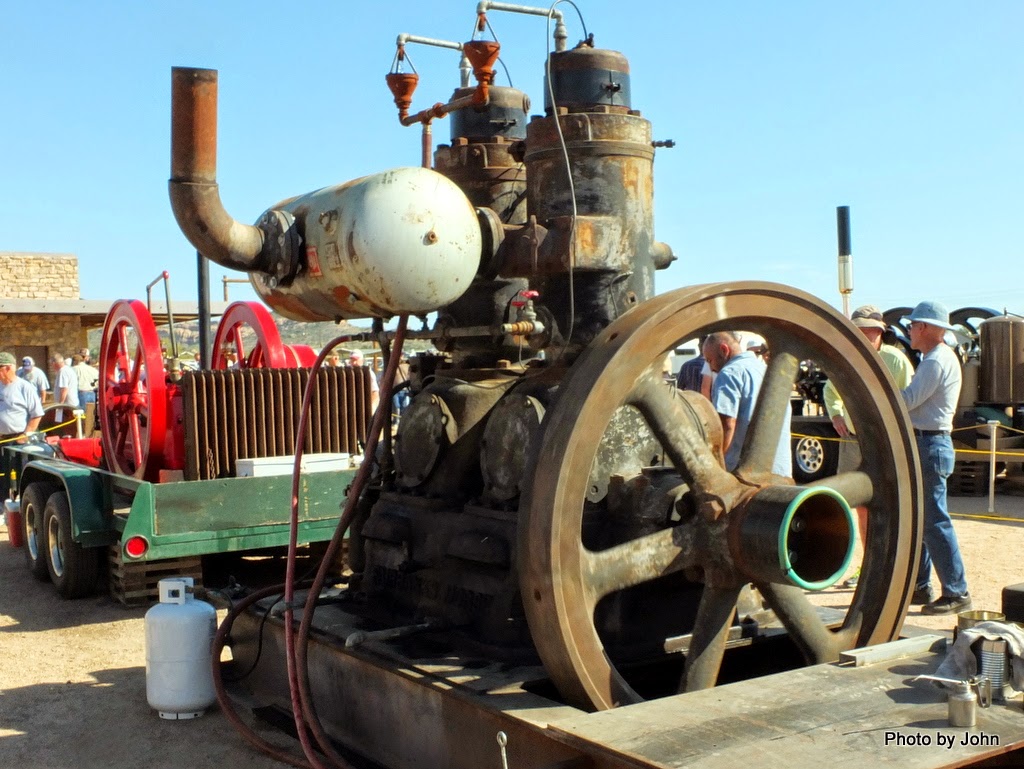 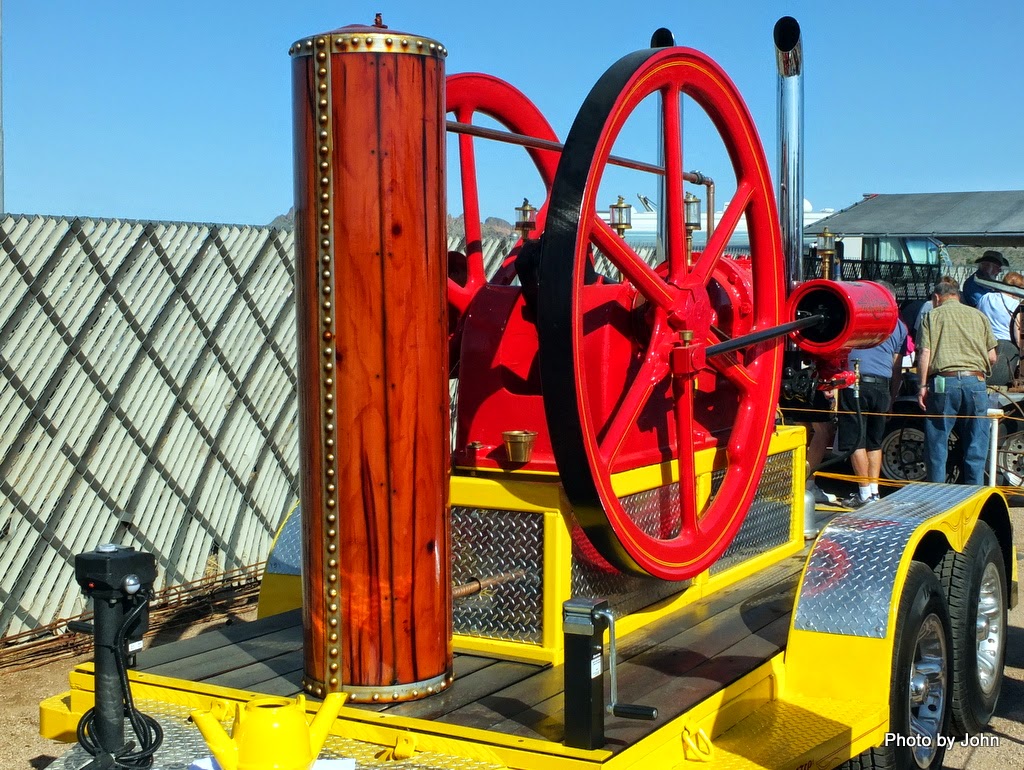 Most were all dolled up, but some looked like recent barn finds. 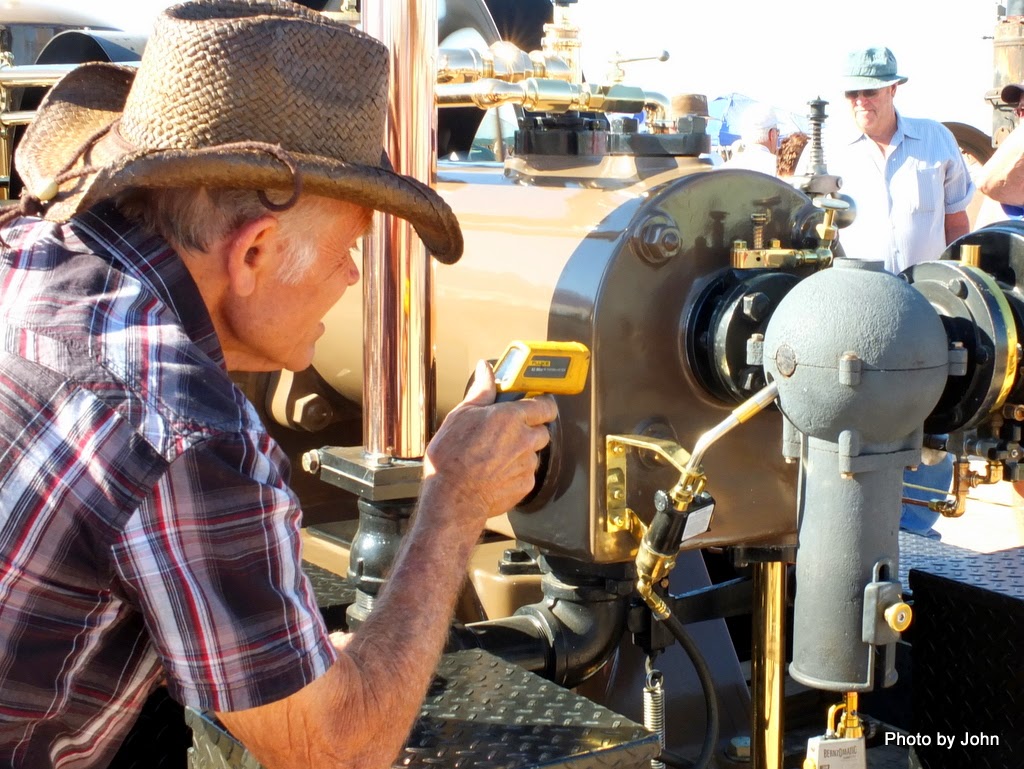 Quite a few had been adapted to run on LP gas. This fellow was using a Fluke IR thermometer to check his temperature. I'm certain that wasn't originally in the toolbox. 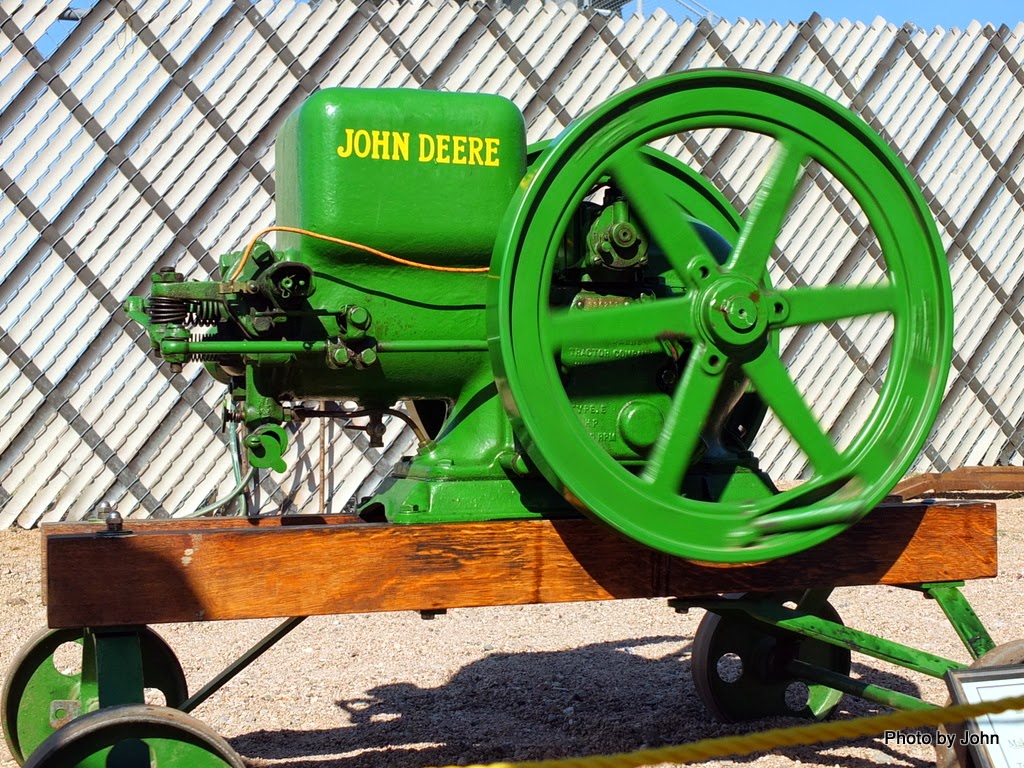 There were green engines there, but none of them were Listers. 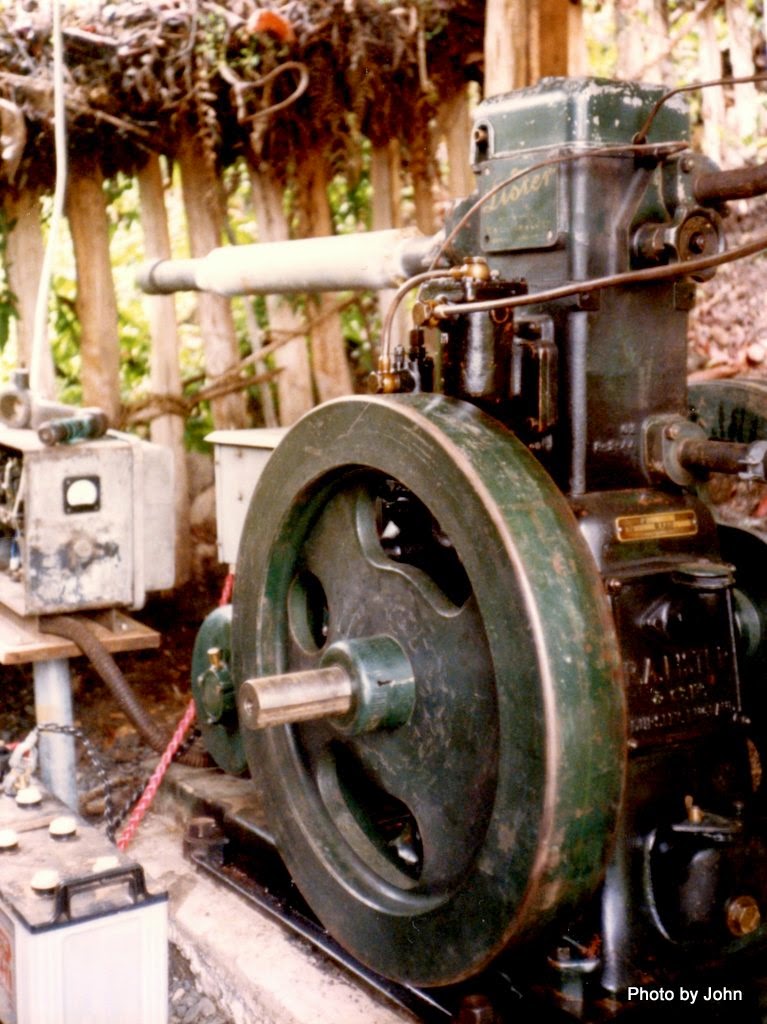 I'm not sure where my interest in stationary engines started. It could have been stories from my Dad of people towing engines to town on their flywheels to donate them to scrap drives during World War II. Or it might have been the resurrected Lister that we put in a shed in the back yard when we lived in Papua in the 80's to power the first HP laser printer in the province. 3000 watts, and almost as quiet as a 3000 watt Honda, but lots heavier. 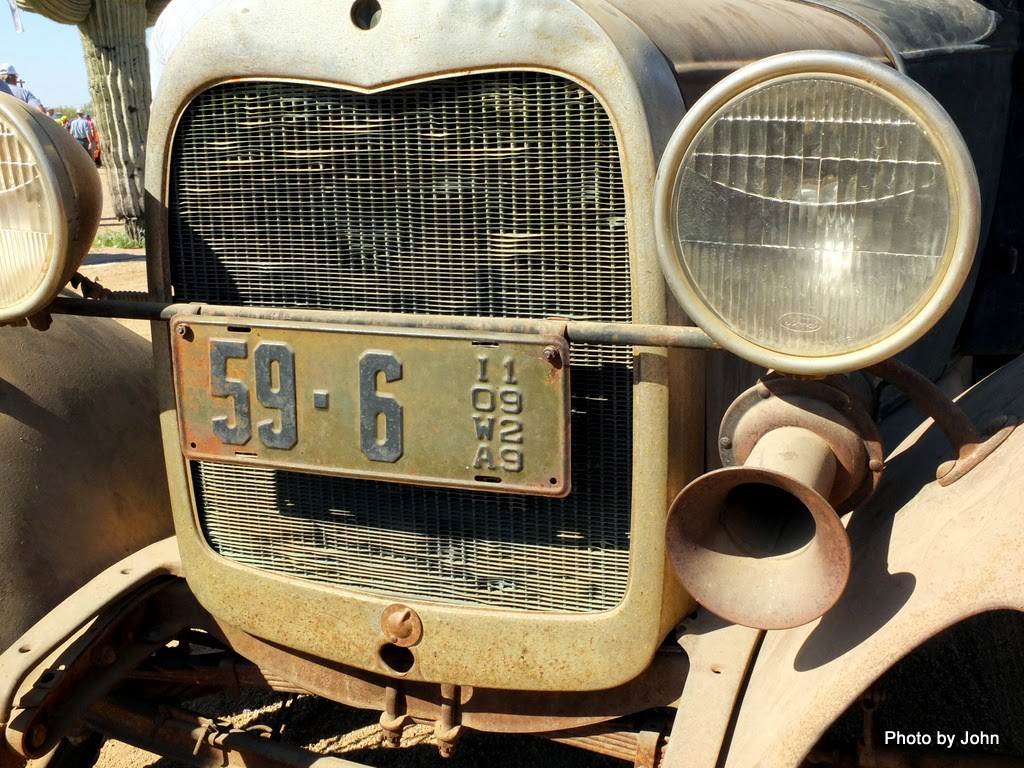 This year there were lots more old cars and very few old trucks. This 1929 Model A was bought by the current owner 52 years ago as his first car. It could use some tender loving care. 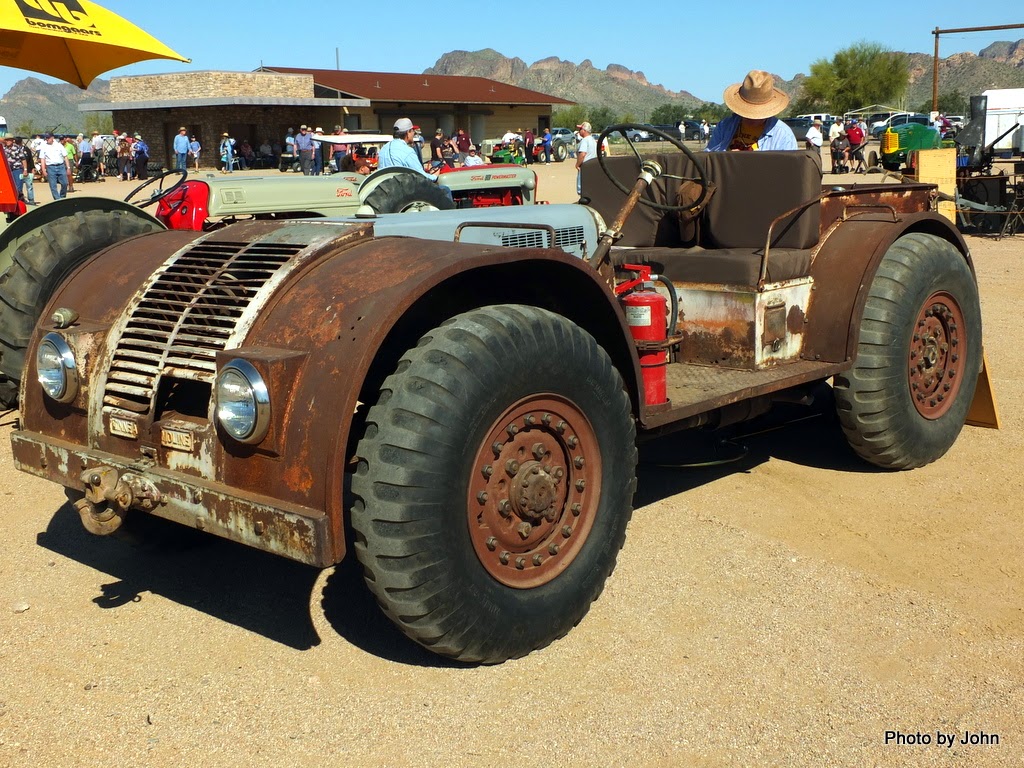 This show always does a good job of attracting some rare and very unusual tractors. This Minneapolis-Moline was one of about 800 that were built as FWD aircraft tugs used in the Pacific during WWII. 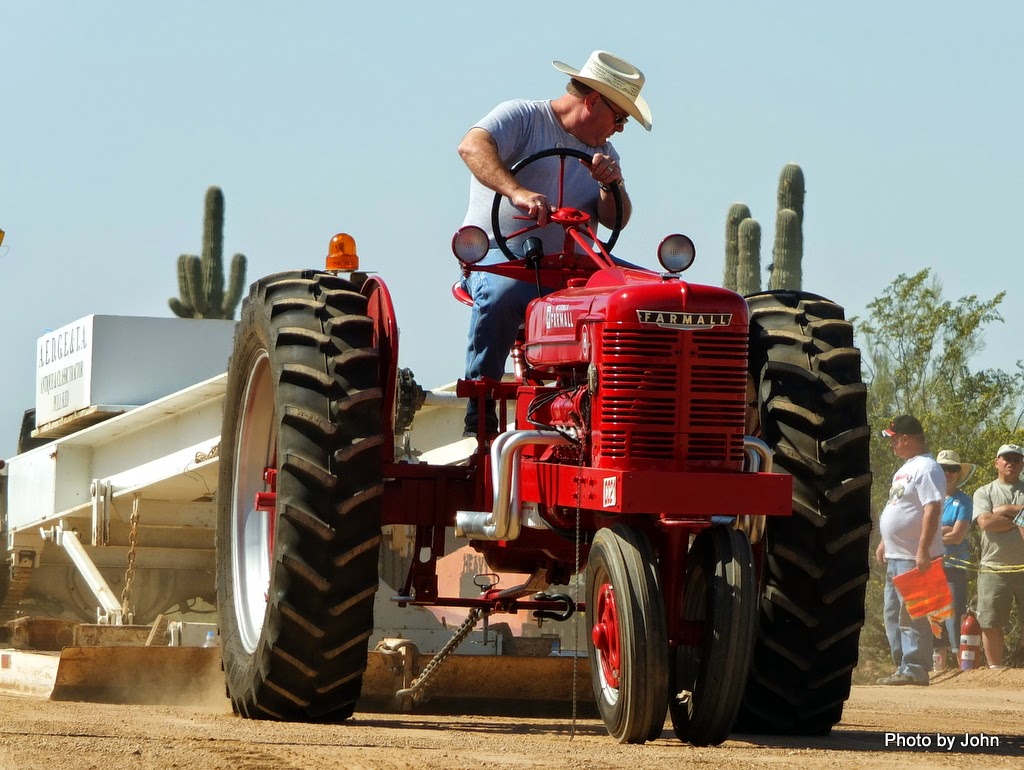 This Farmall H stole the show for me. It sounded so unusual when I first heard it at the tractor pull. 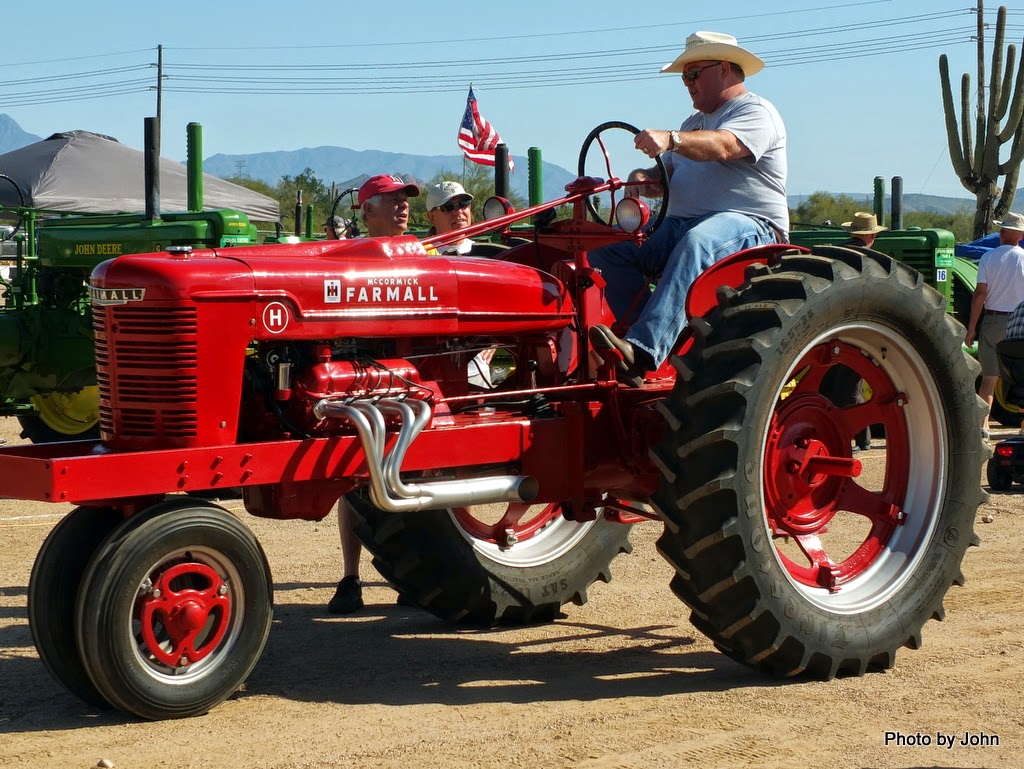 Turns out it had been re-engined with a Ford 289 V-8 and was pulling in excess of twice it's weight on the sled plate.

This show is very small in comparison to the Great Oregon Steam-Up that we attended last year, but they have all sorts of interesting stuff. Well worth the $5 admission.
Posted by Just Finding Our Way at 2:30 PM