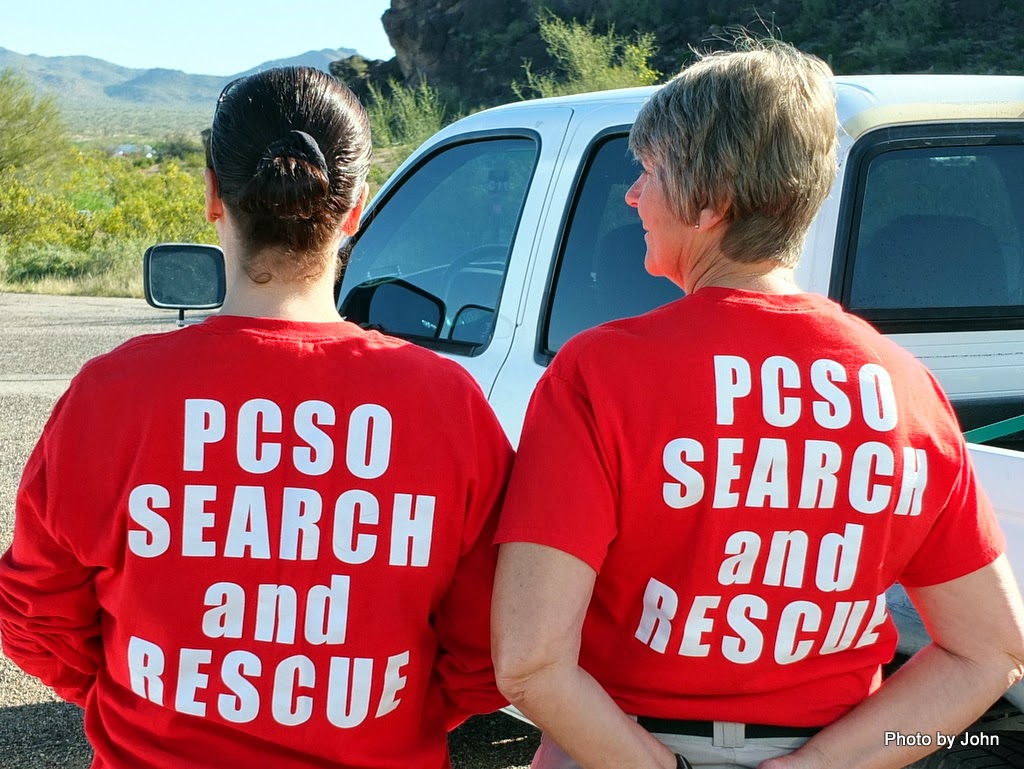 Every year, the Pinal County Sheriff's Office Search & Rescue provides support during the Civil War reenactment at Picacho Peak State Park. I go along as a camp follower while my wife and daughter point people in the right direction. 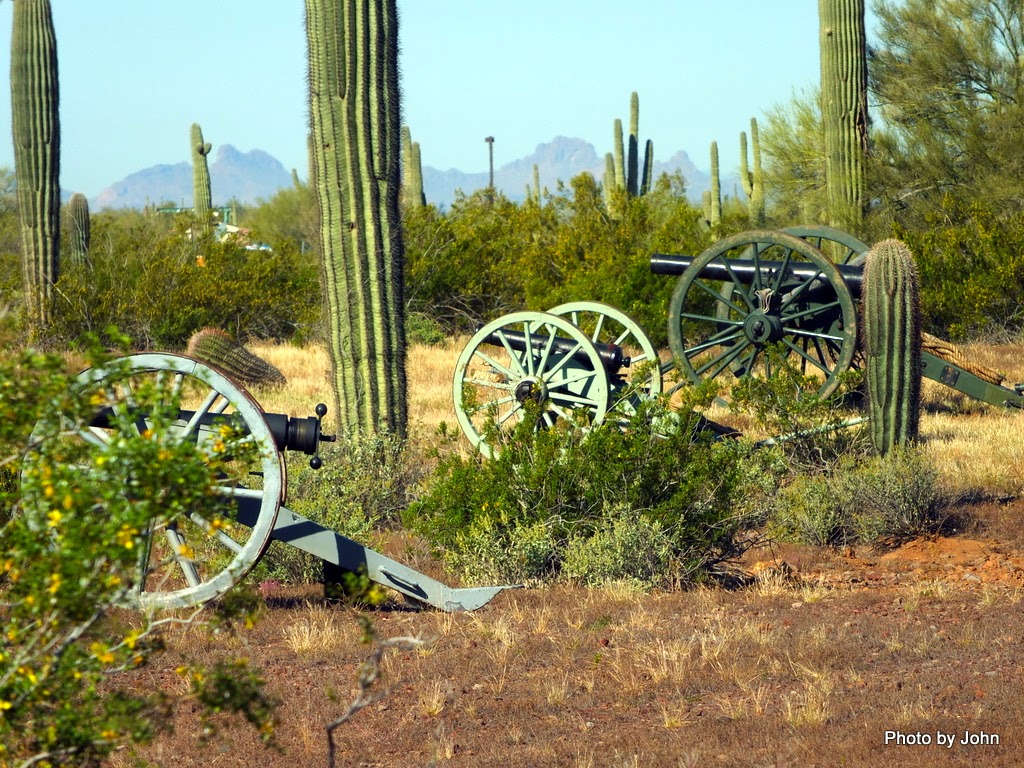 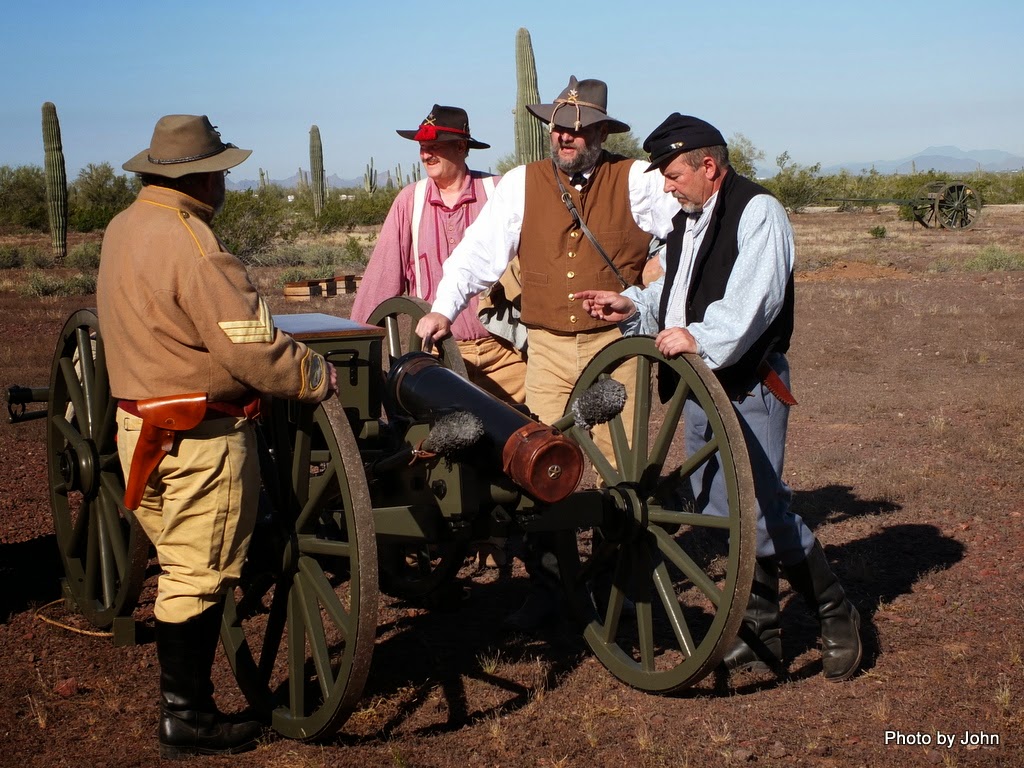 It took quite a while to get all the guns into the right positions and discuss the order of battle, 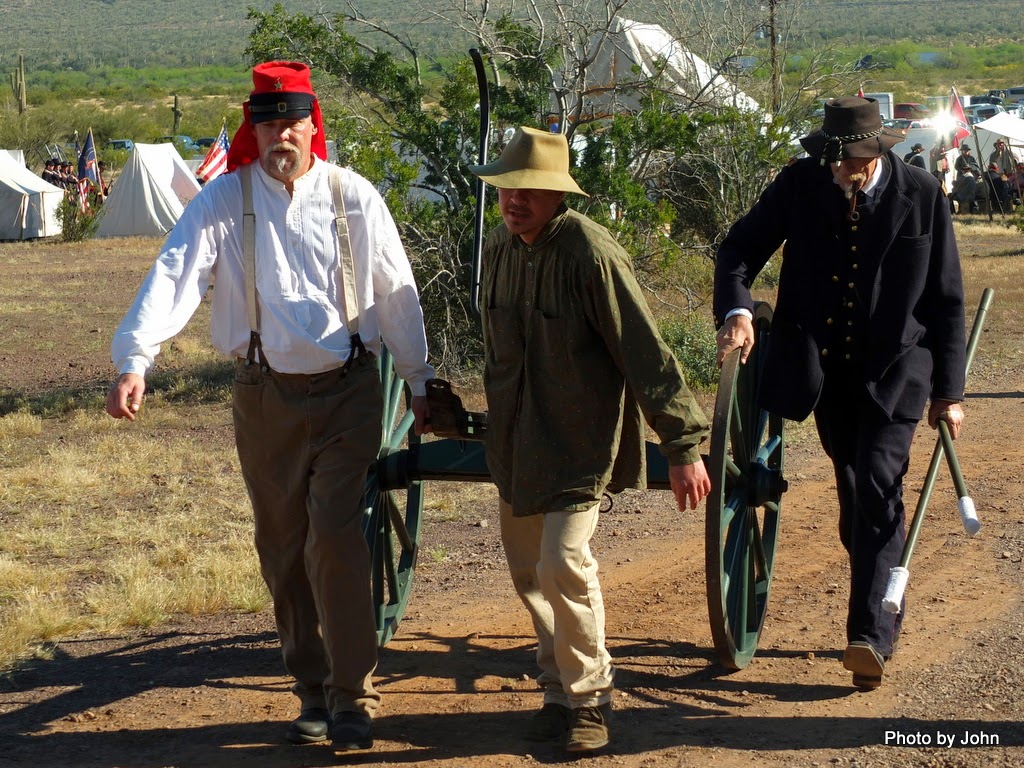 while other motley gun crews continued the process of moving their guns from camp to the battlefield. 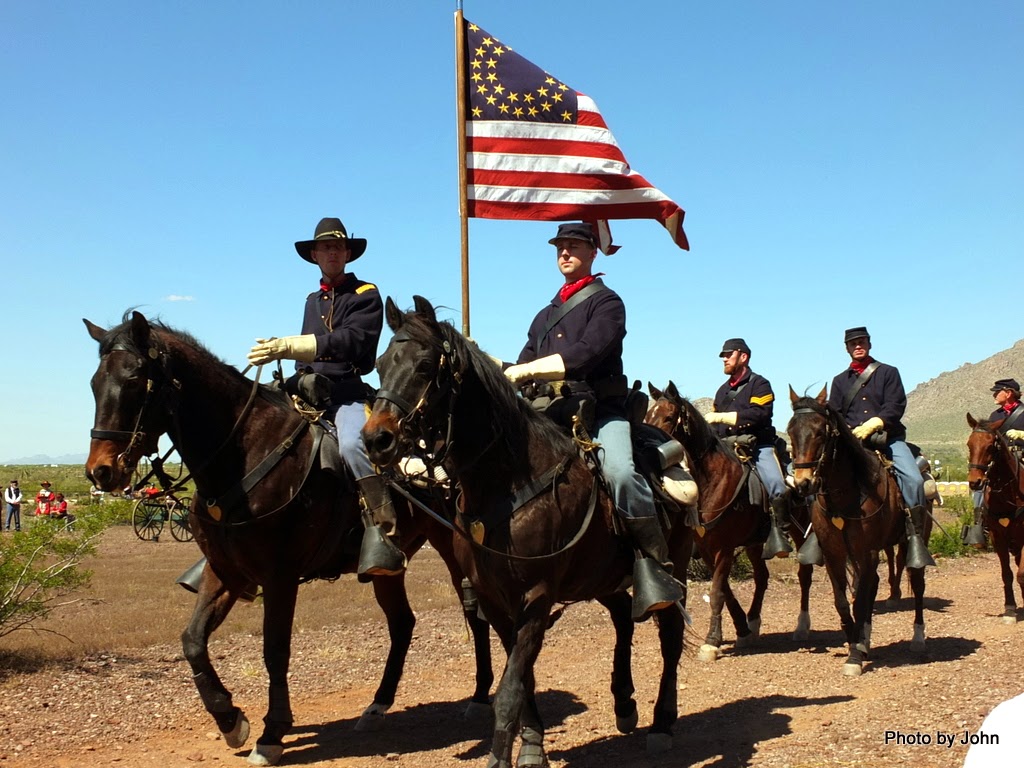 Eventually, the Union Cavalry showed up and shortly thereafter the "fight" was on. 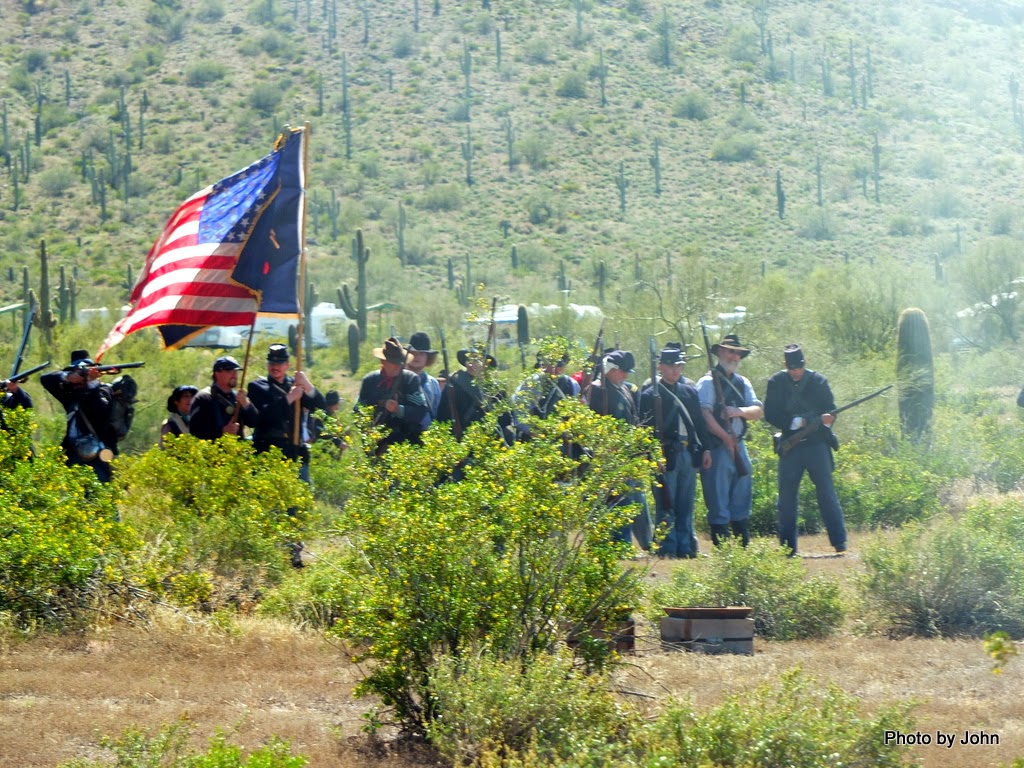 Lots of noise & gun smoke. The Union seemed to have somewhat more consistency in uniforms, but they were significantly under staffed. Maybe it was because there was a large group of re-enactors from Texas representing the Confederate forces. 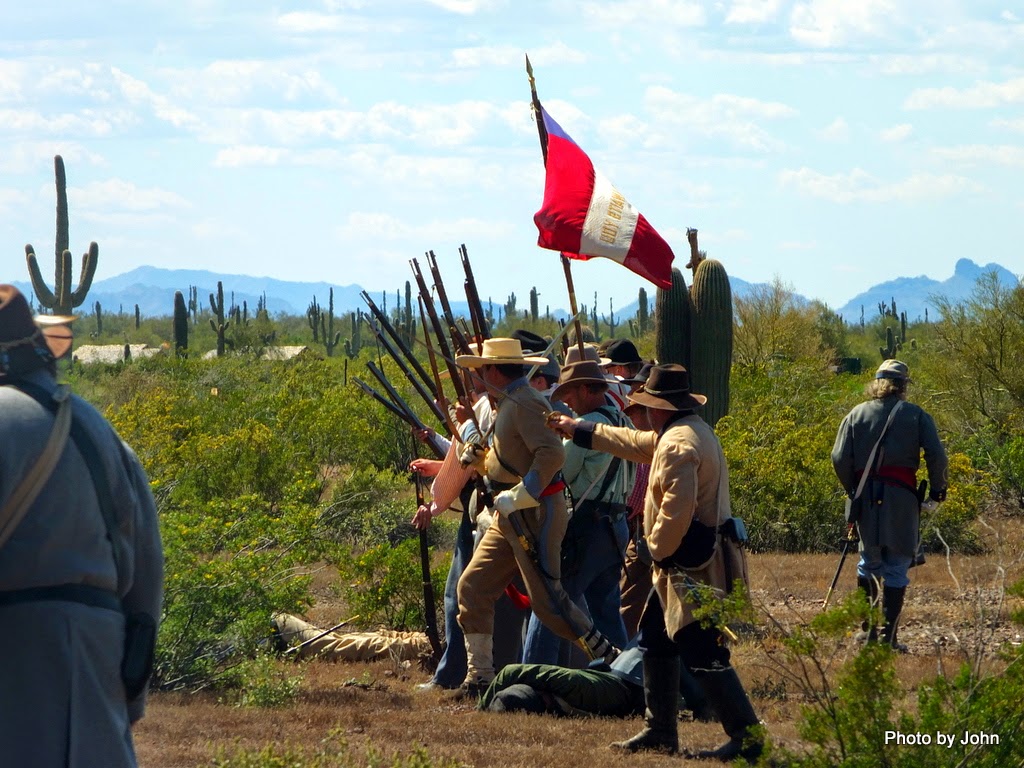 Most of the Confederate line follows the order to charge... 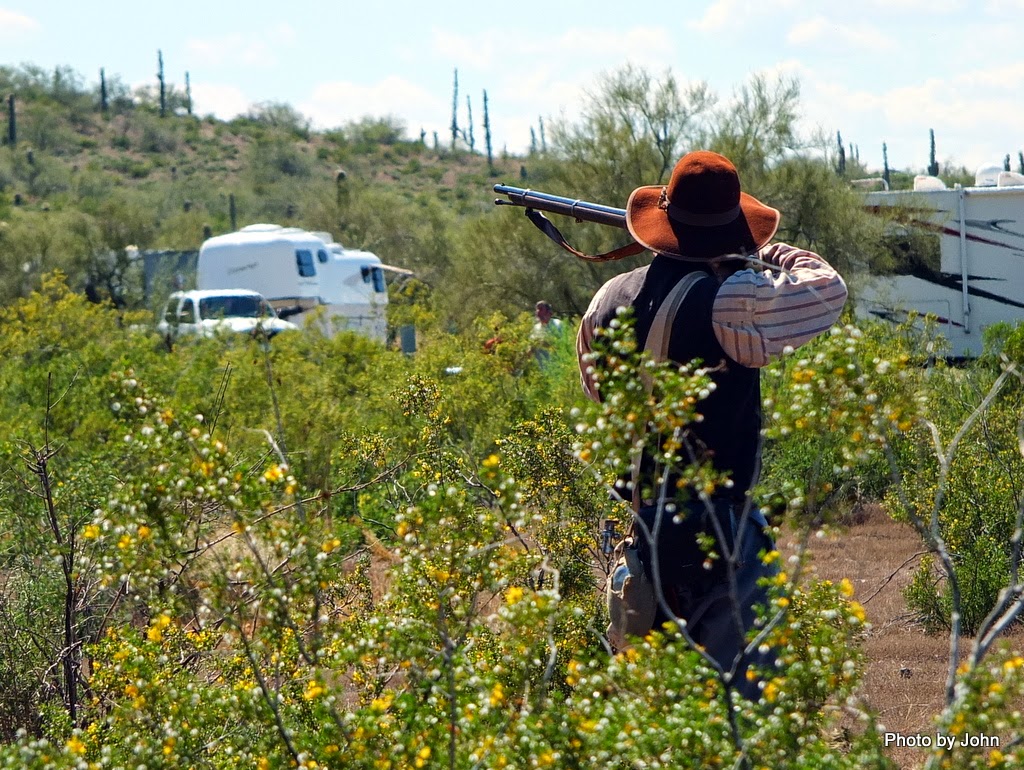 with all of this taking place within sight of the campground. 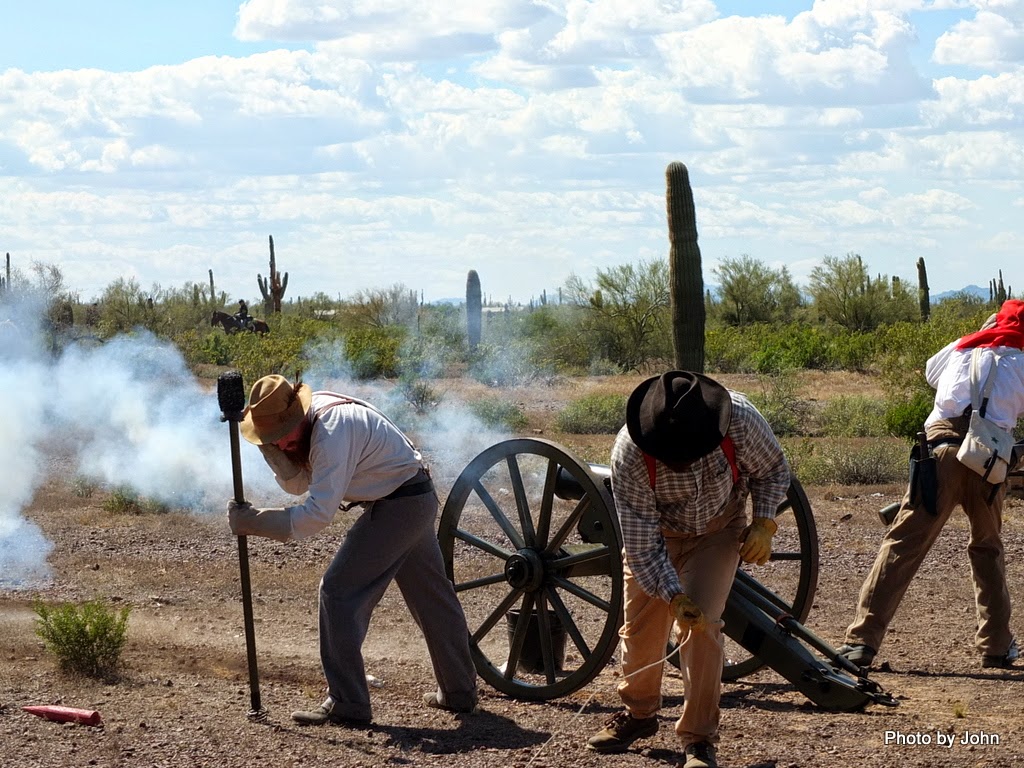 It was nice that the Confederates had so many cannon because all of the gun owners wanted to make noise and were very successful at it! It was amazingly difficult, between the crowds and the shrubbery, to get good pictures of the gun crews in action. 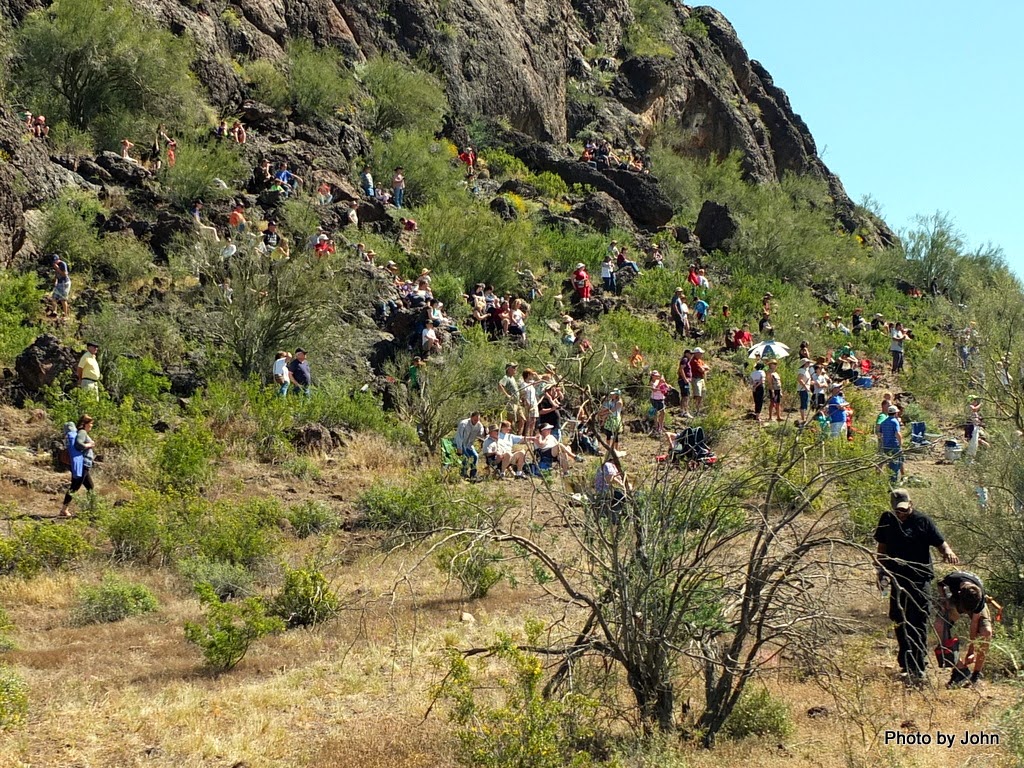 All of this was viewed by large crowds on the hillside 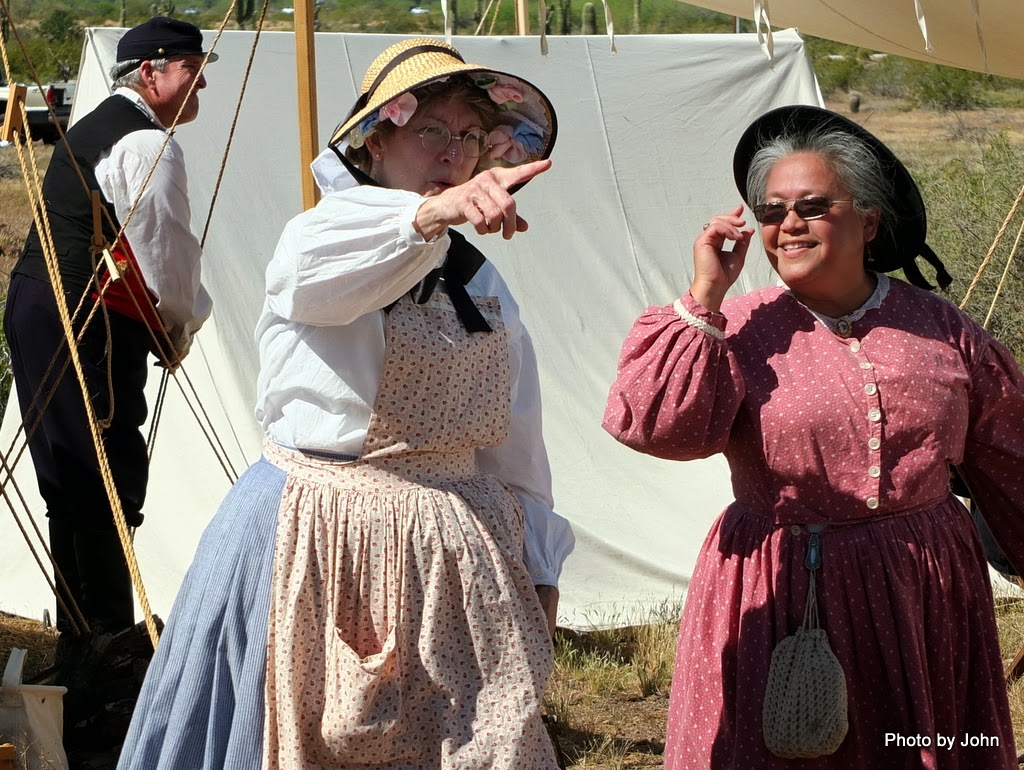 and quite a few people in period dress. 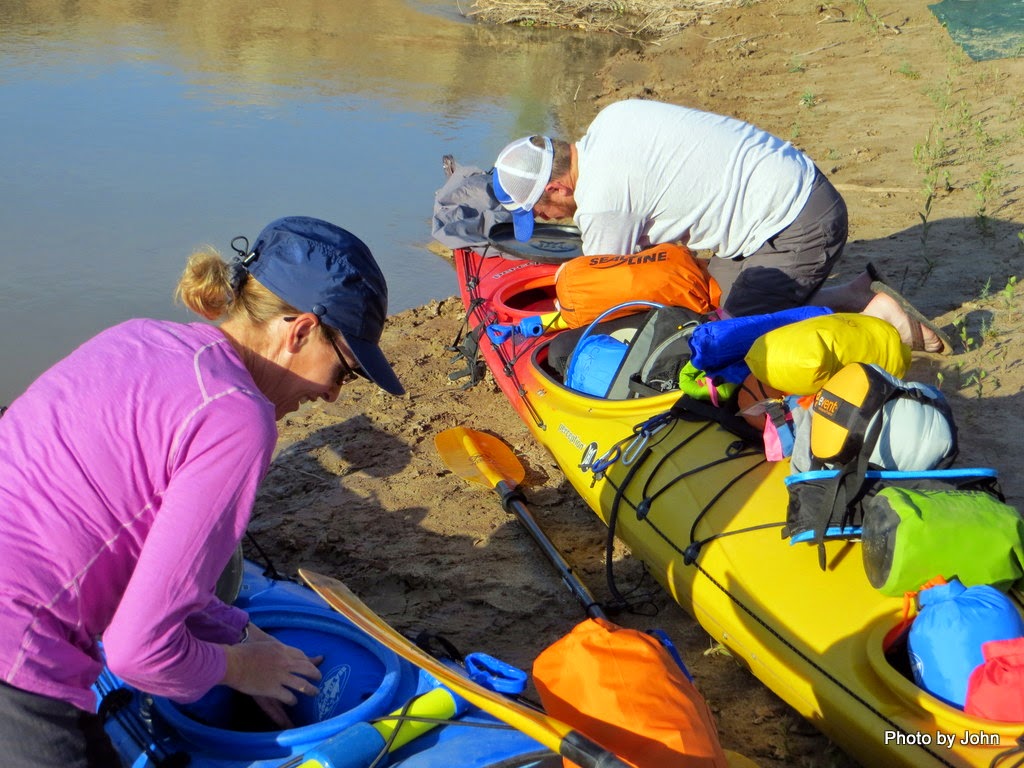 While I was at the park Friday, I was corresponding with a good friend about an upcoming river trip. When she found out where we were, she said we should check out the band concert.

Turns out, her father (now deceased,) was the founder of the re-creation of the 4th U.S. Cavalry Regimental Band who play each year at the Civil War in the Southwest event. 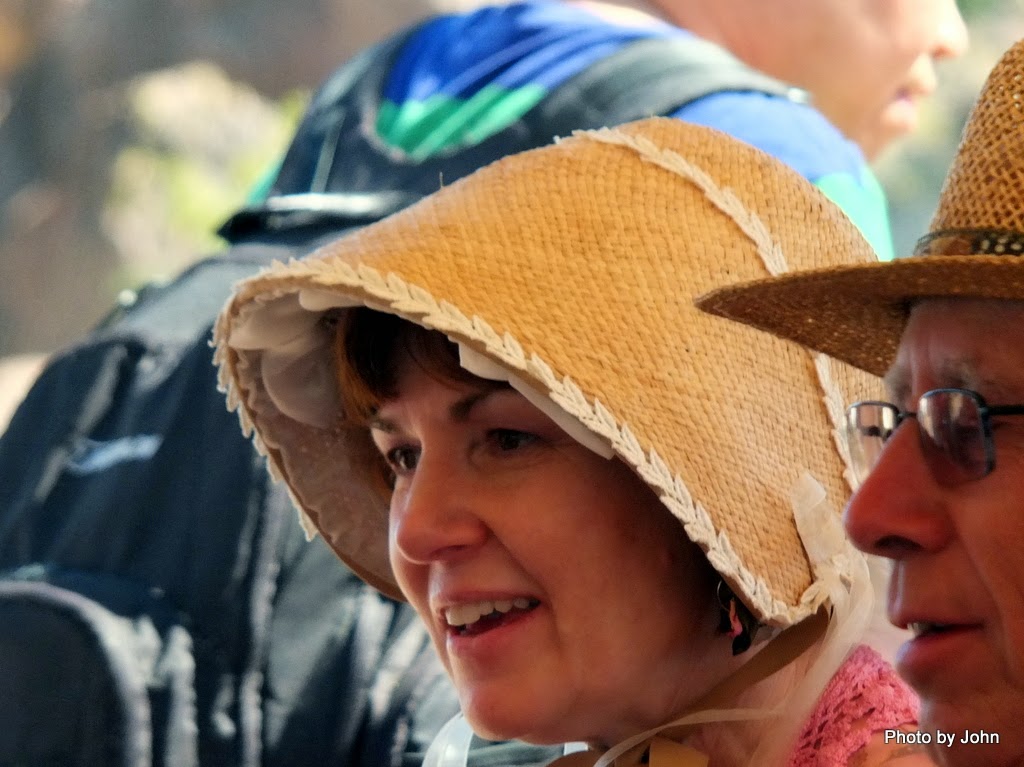 Once again, some of the women were done up in period dress. 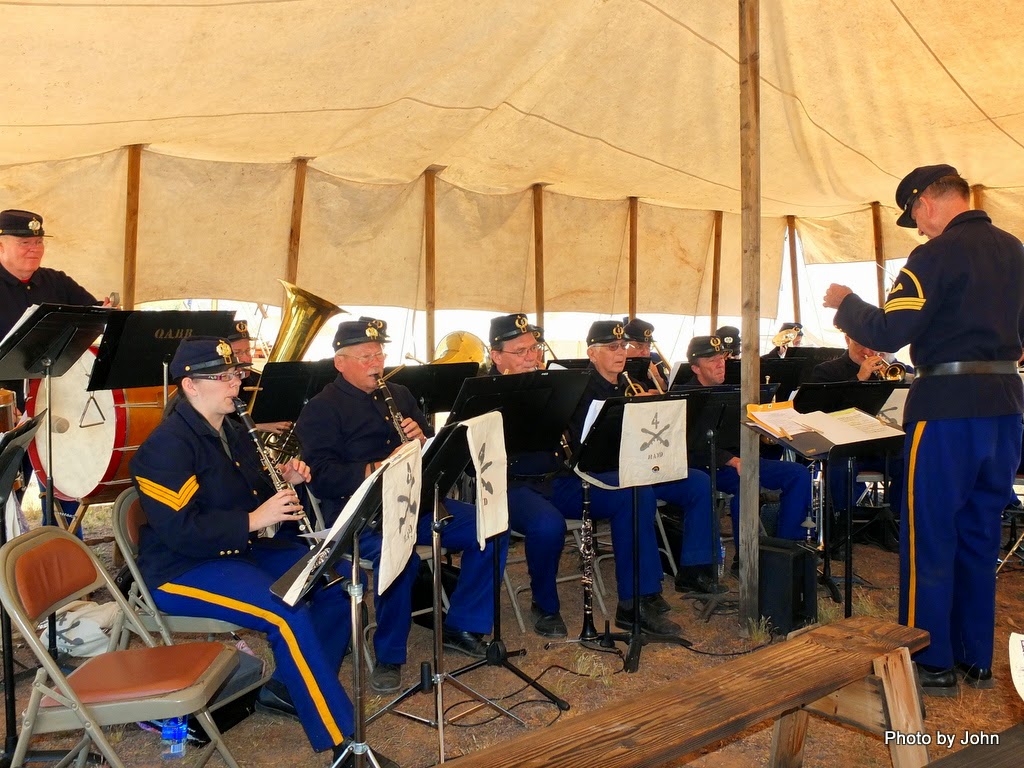 The band played music appropriate to the time period. Amazing how many melodies I recognized. I didn't realize I was that old... 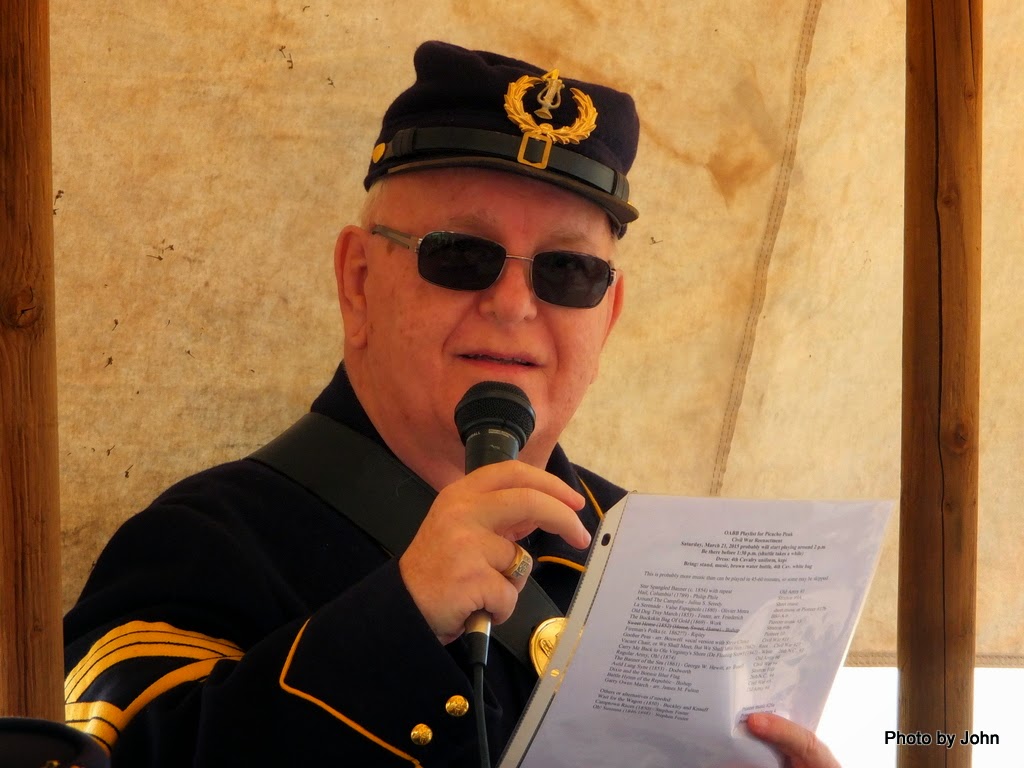 The narrator / announcer started off the program giving a bit of background, including mention of their much loved founder and his wife. 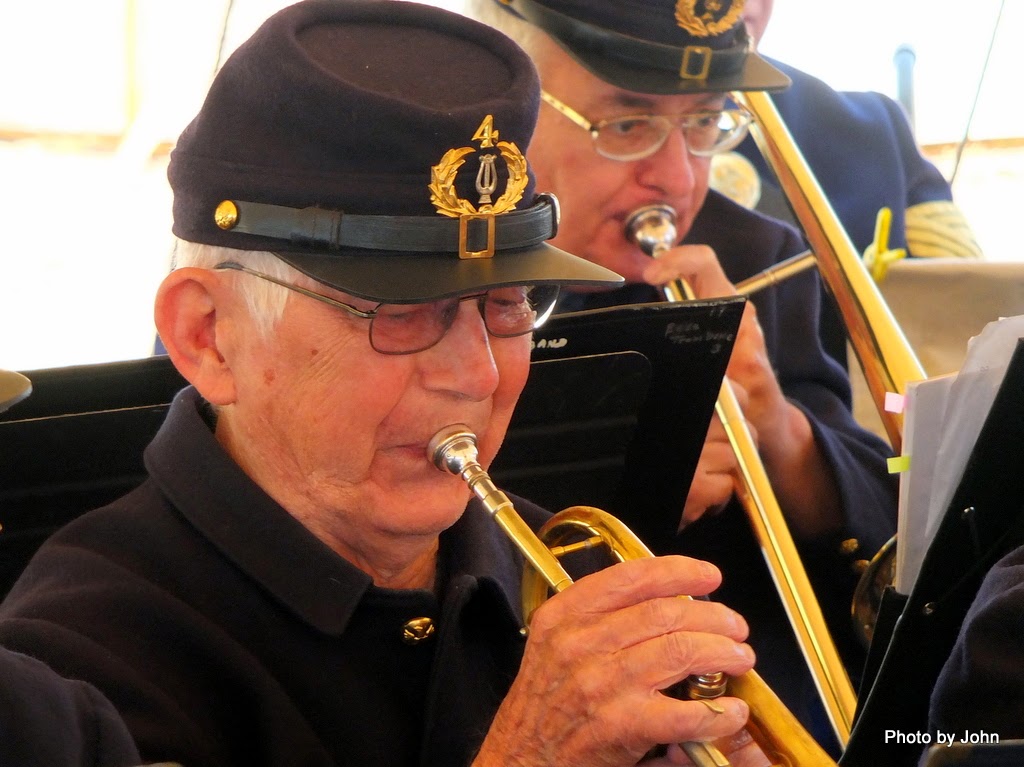 The wool uniforms were admittedly very warm for the 80 degree plus weather we experienced. 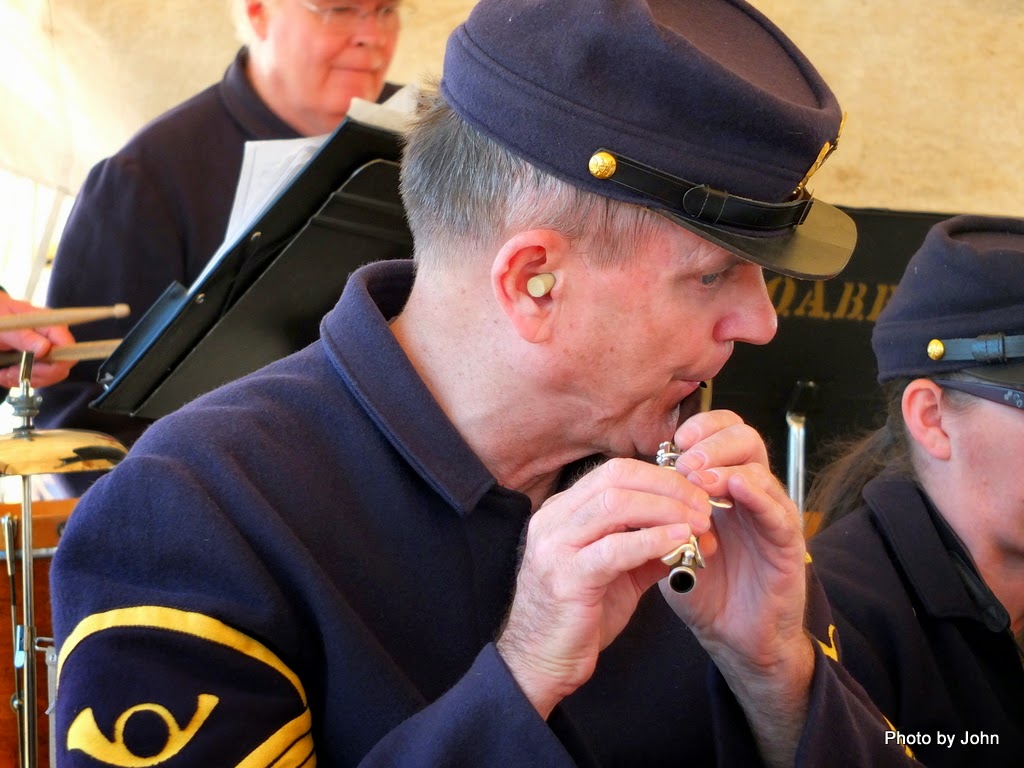 The current director did occasional double-duty playing the piccolo.

I was so glad to experience such a small world! A river friend (at least that's where we see them most often) living in the northwest, recommends a band concert that I might well have walked by, had I not known the connection.
Posted by Just Finding Our Way at 2:30 PM