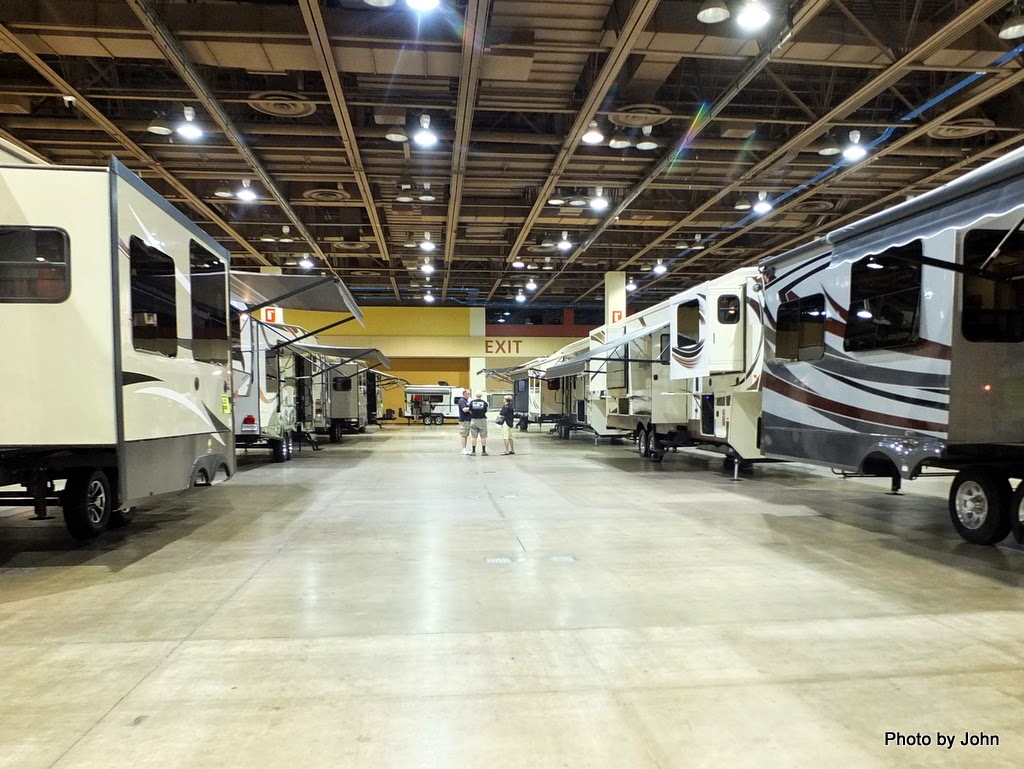 It was a last minute decision to go to an RV show in downtown Phoenix, made easier by the fact that it was indoors. It was pretty obvious that other people had decided that free and indoors wasn't enough draw. 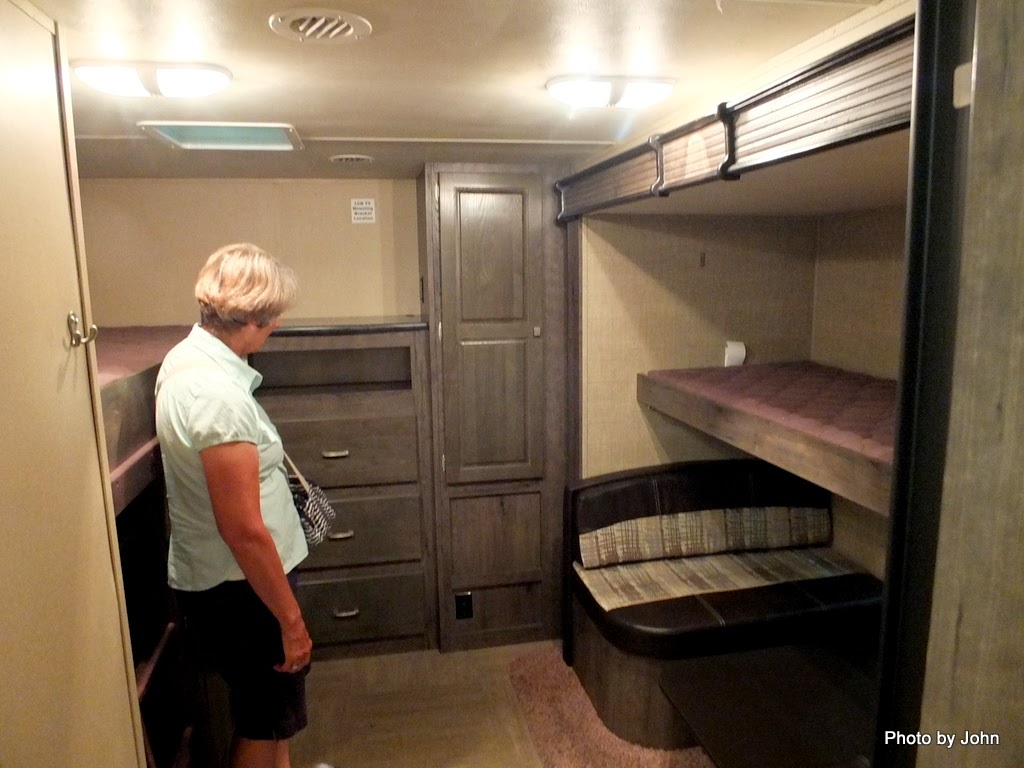 We started in one corner with the smallest trailers. Obviously, these designers haven't paid any attention to the fiberglass RV market. This bunkhouse model features a dedicated slide in the bunk room with space for at least three kids to sleep, play, and watch TV in their own digs. 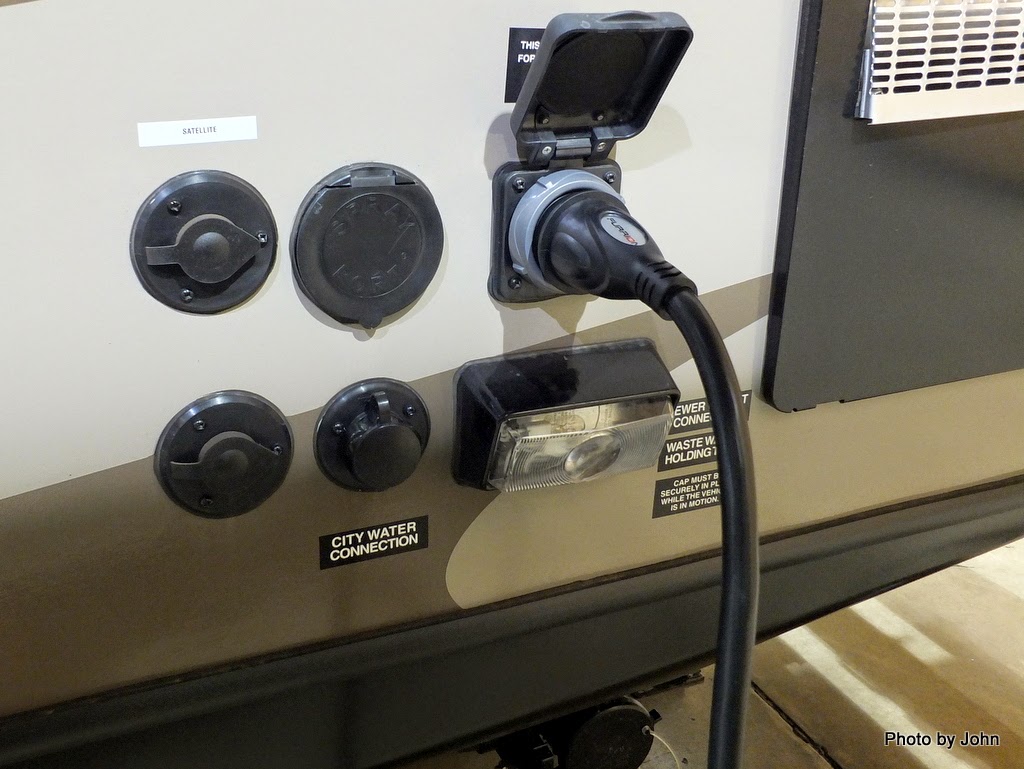 Some design decisions made me scratch my head. Satellite and cable TV hookups, city water, black tank flush, and power all in one spot. I guess the nice light helps to see connections at the other end, even if you're in the dark on the trailer end. 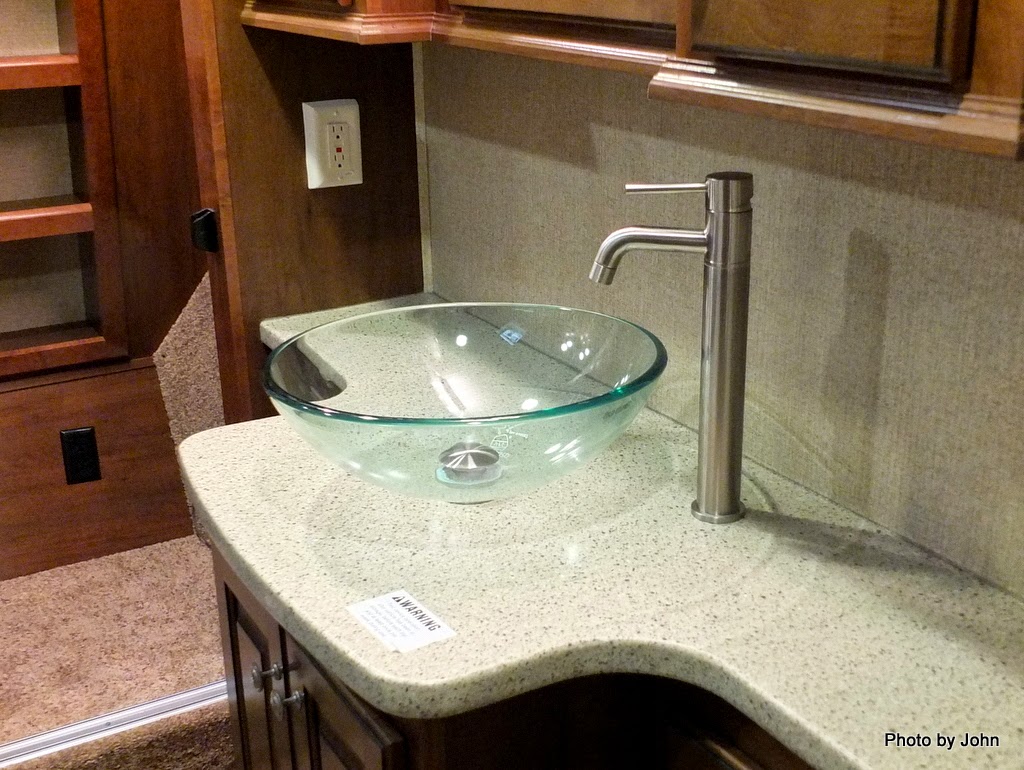 Lots of rigs were adding bling, and looked pretty nice from a distance. 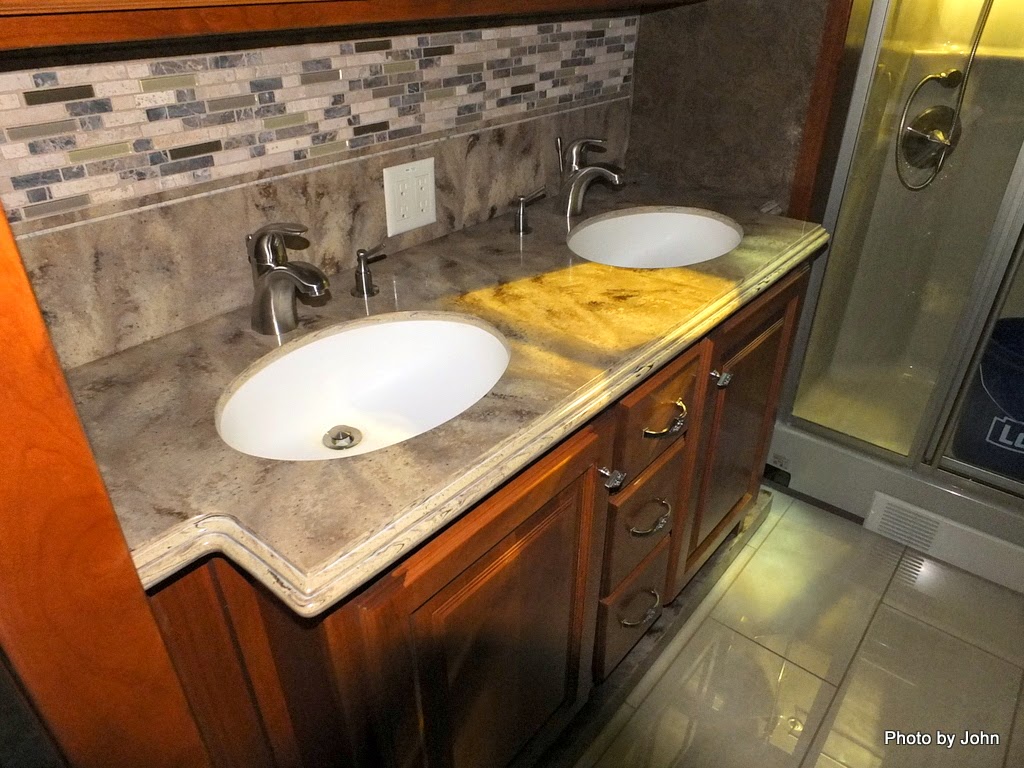 We even found one rig that had two sinks in the bathroom vanity. I'm trying to figure out how to incorporate this feature in the Scamp. (And if you believe that, I have a bridge for sale as well.) 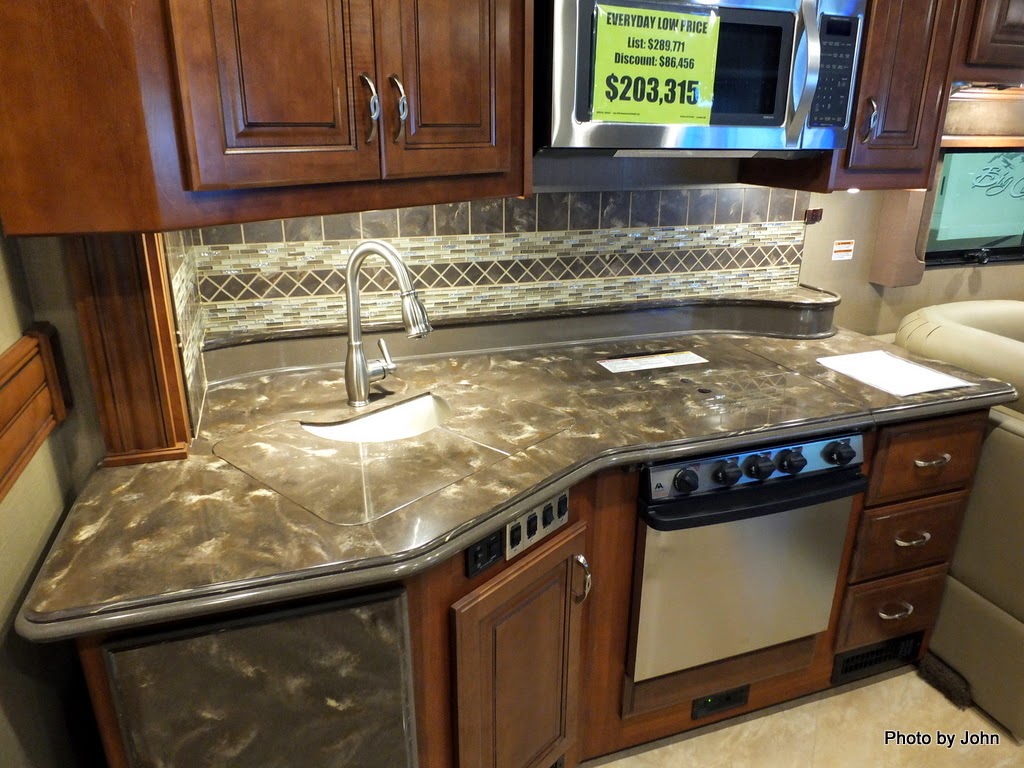 Many of the diesel pushers had large tiles covering the floors and solid surface counters. 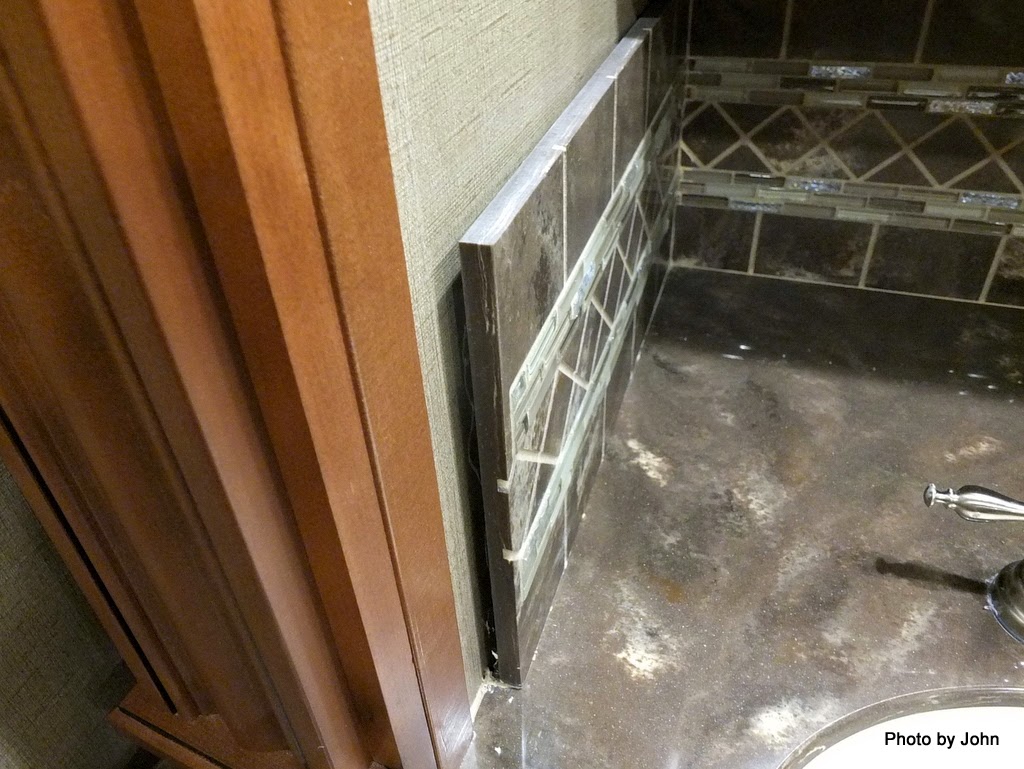 In spite of the efforts to make it look fancy, the fit and finish was suspect. Nearly every rig had stuff that should have been corrected before it left the factory. This "tile" back splash had pulled away from the walls on both sides of the vanity.

From the smallest to the biggest, the designers clearly assumed the umbilical cord would be plugged in. LEDs and 12 volt outlets were very rare! I was taken by the lighting of the Plexiglas back splash in the Citation on a Mercedes chassis. Looked cool enough that I looked closer. Easy to build, but would be a challenge to keep clean.

Interesting day, glad we went, and very happer that we have the rig we do. It still works best for us.
Posted by Just Finding Our Way at 2:30 PM