Even folks that have never visited the Southwest have heard stories about the desert critters around here, but I was a bit surprised at the size of the ones we spotted on our way to the Phoenix Convention Center for an RV show.

I suddenly realized it had been a while since I'd ventured downtown. They built a whole additional section to the Convention Center since I last bothered to drive downtown. Along with the new construction was some public art that I really liked. 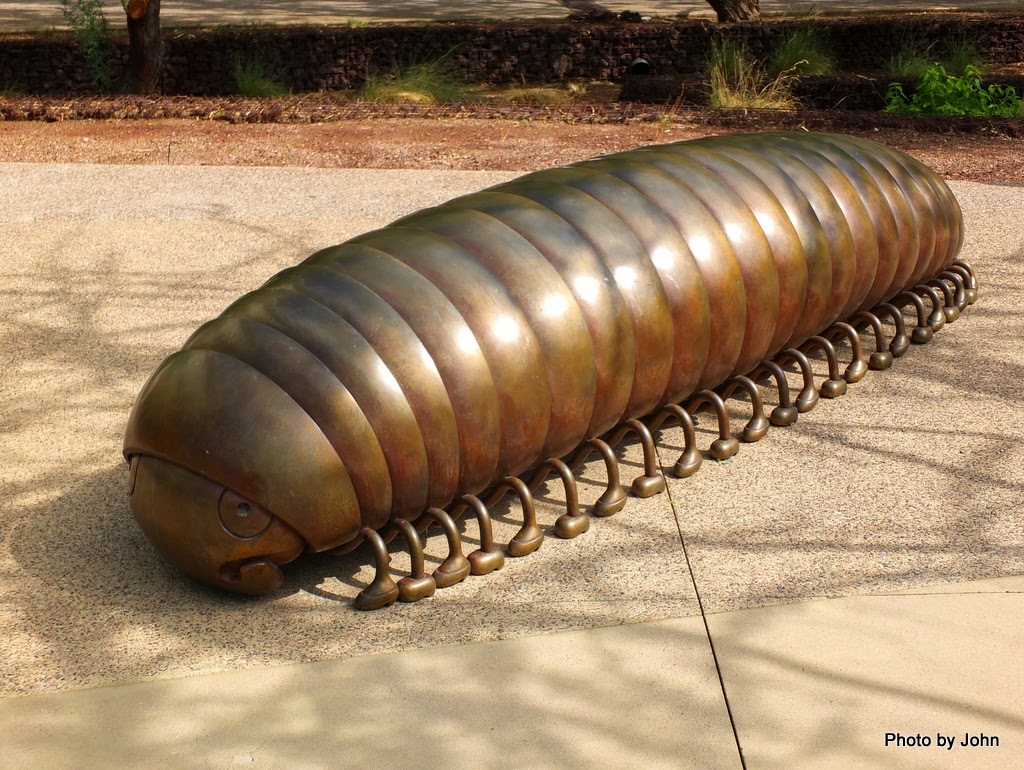 I didn't spot any plaque or other information about the art installation while I was there, but then I didn't spend as much time enjoying it as I should, either. 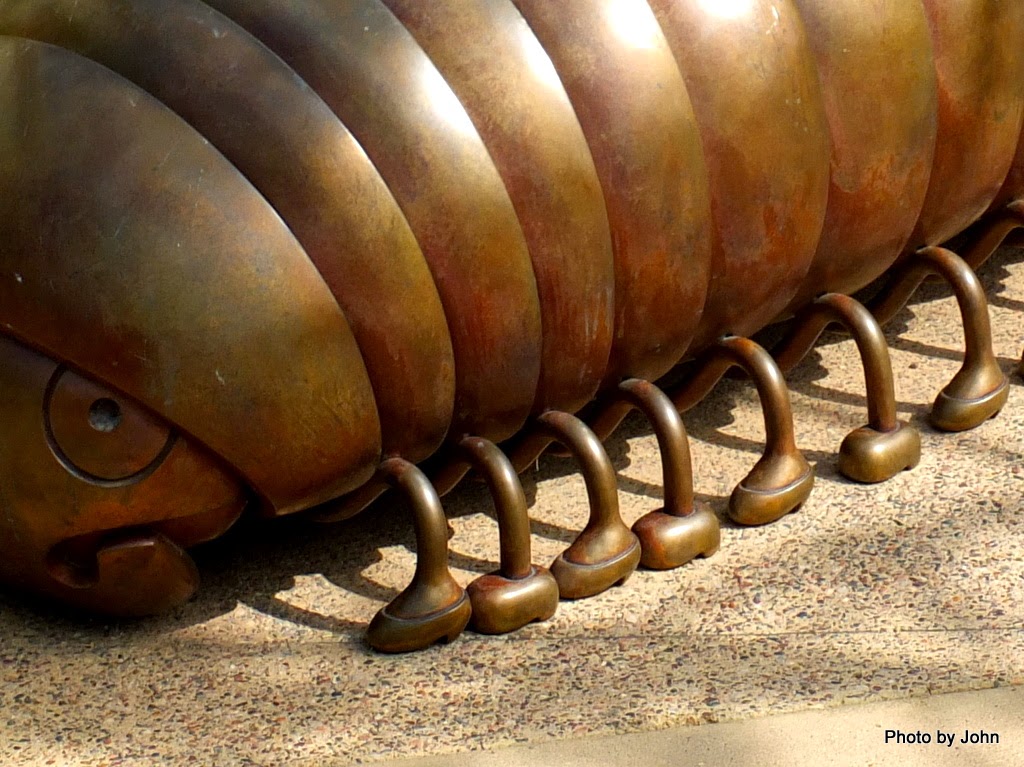 Love the shoes, apparently a consistent features of much of the artist's work. 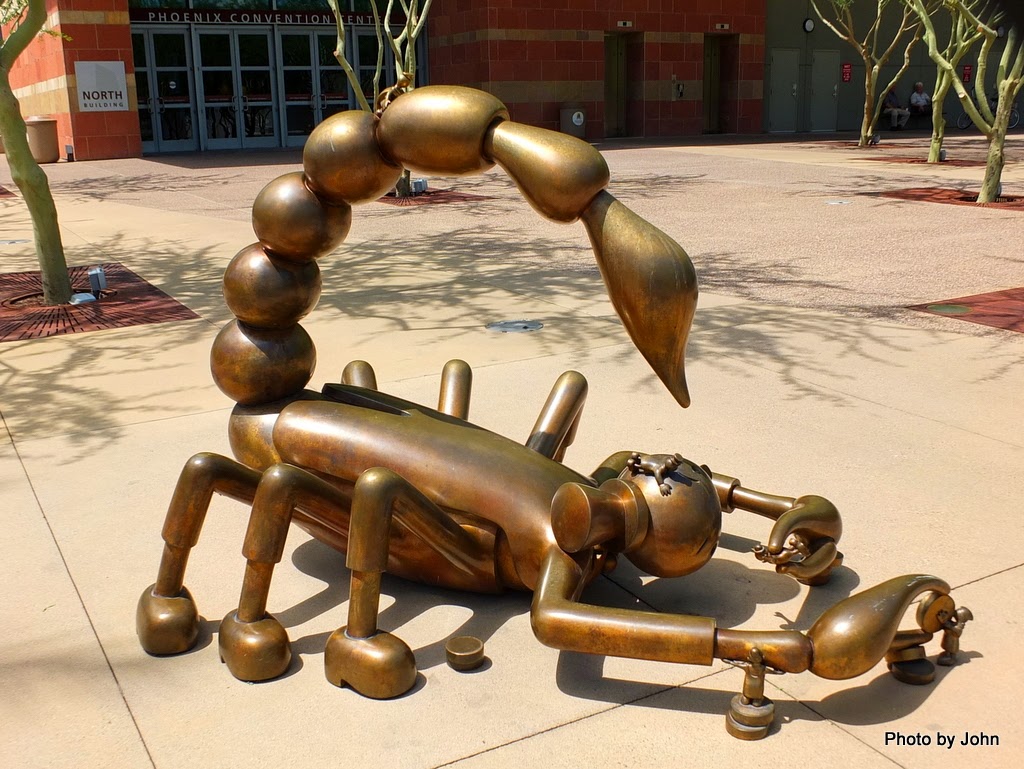 I was so taken with the scorpion that I didn't even notice that there was a third major insect in the collection, thus no pictures of the ant. 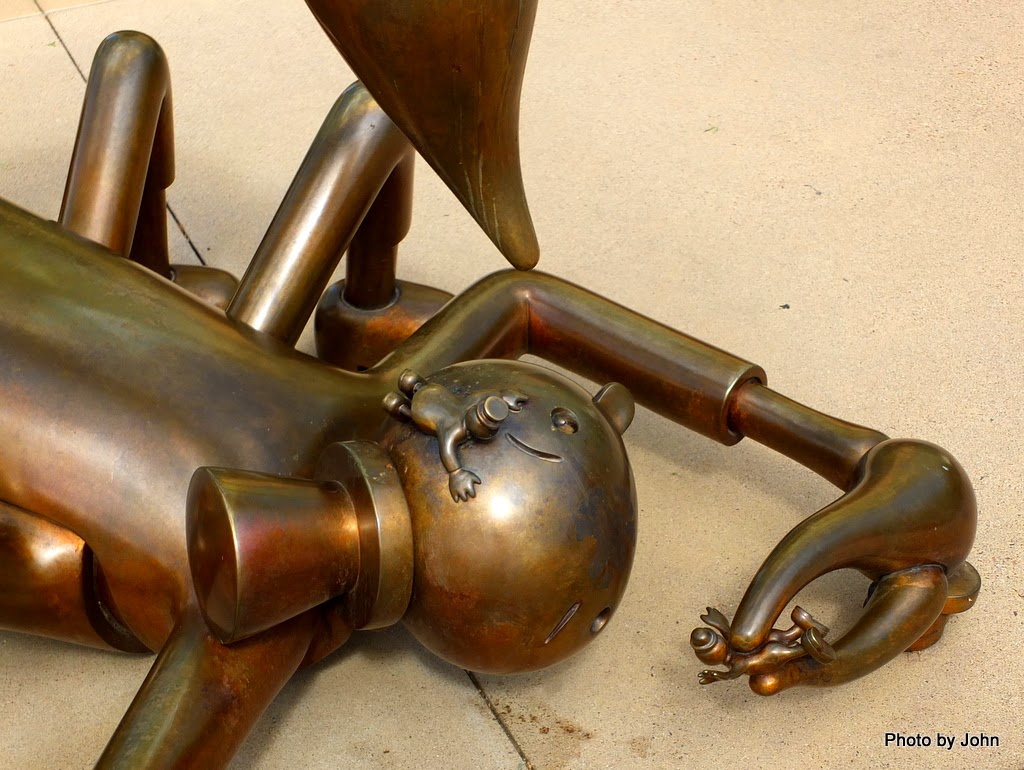 Turns out the art is the work of Tom Otterness. This collection of three insects is titled "Social Invertebrates." Amazing what you can learn on the Internet! 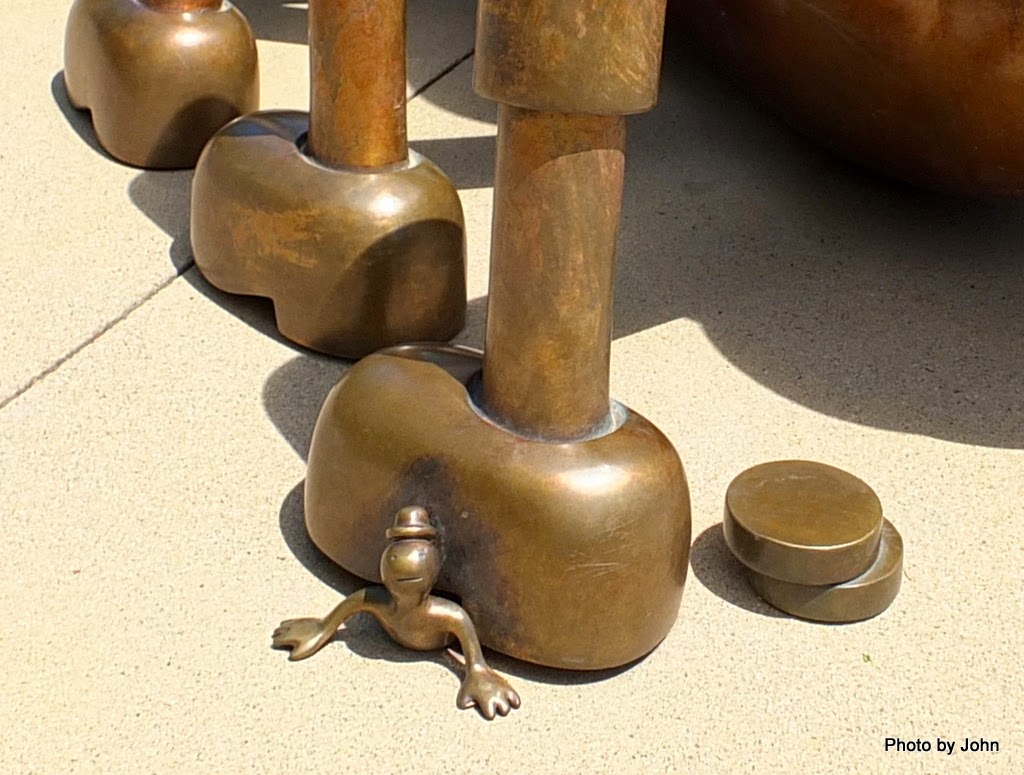 I suppose this is what some people feel like on occasion. No wonder exterminators are busy in Phoenix.