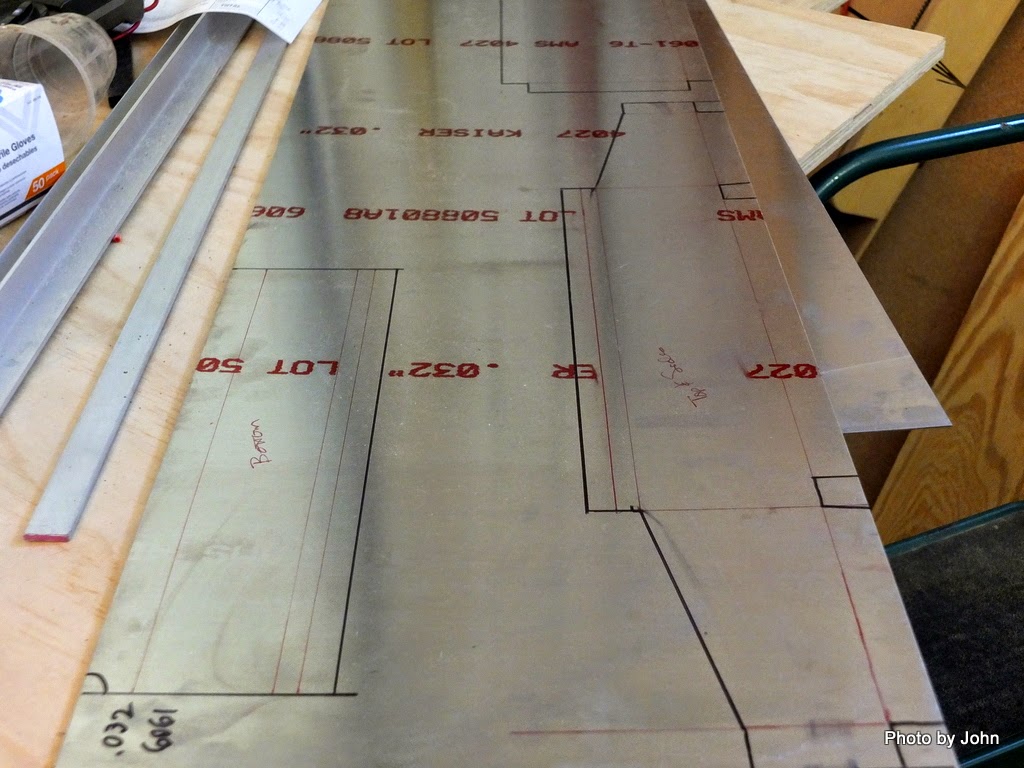 Several people on the Casita Forum have modified, eliminated, or created totally new range vents. Reviewing some of their designs, I decided to go with 12 volt computer cooling fans mounted to a removable canted face plate. Initial plan was to build an aluminum box but it's been years since I last worked with aluminum and managed to make my second bend the wrong direction, ruining the stock. 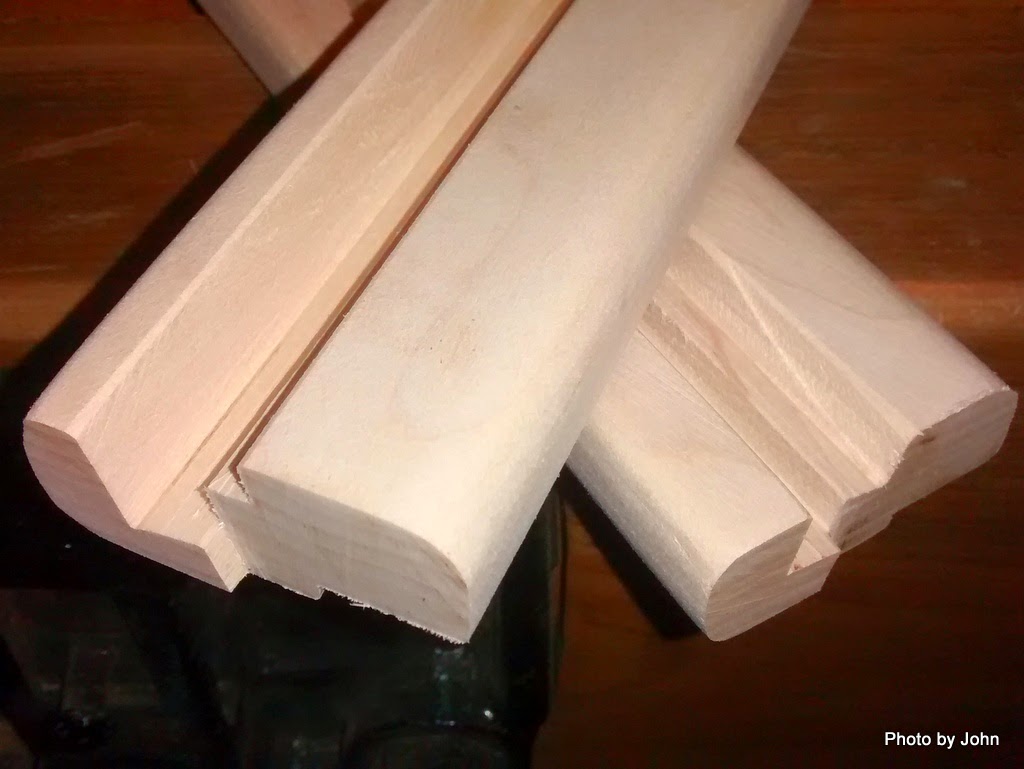 I was too lazy to drive back to Phoenix for more aluminum, so I switched to wood so it would match the birch interior. I started with solid wood for front rails that would hold the face plate and the filter. 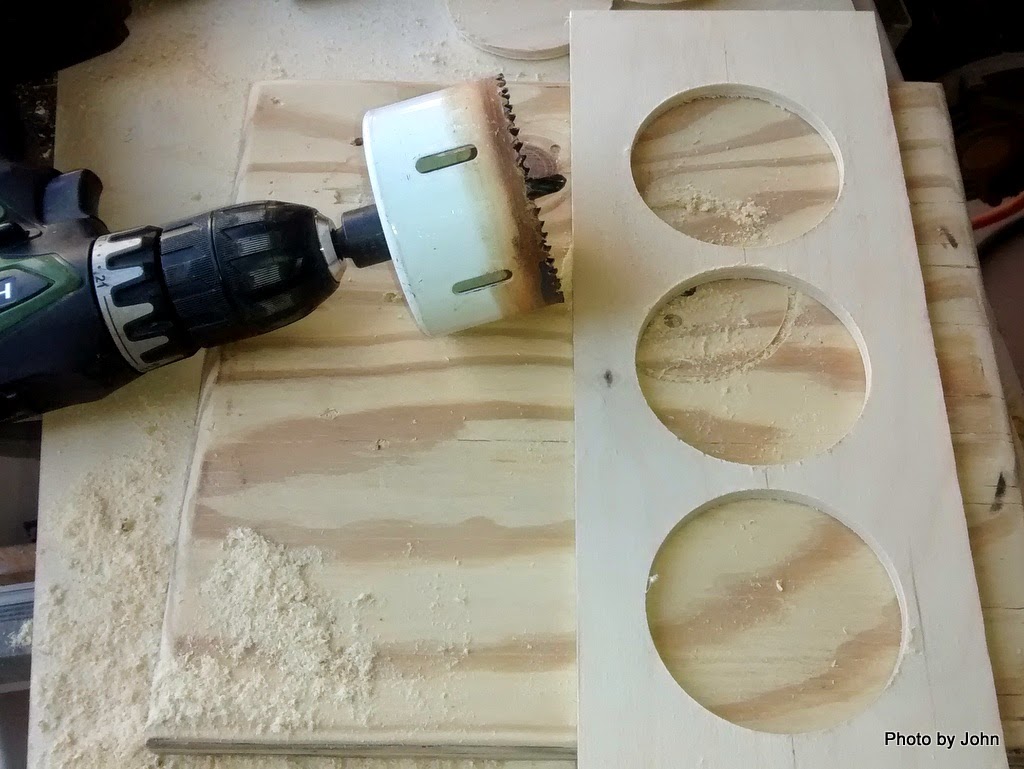 The face plate is a piece of 1/4" Baltic birch with three 3" holes. Originally, I was going to use two fans but when one from the first order via the slow boat from China arrived broken, I ordered two more expensive ones fulfilled directly from Amazon. With the drag from the filter and the exhaust door, I decided a third fan would be good insurance. 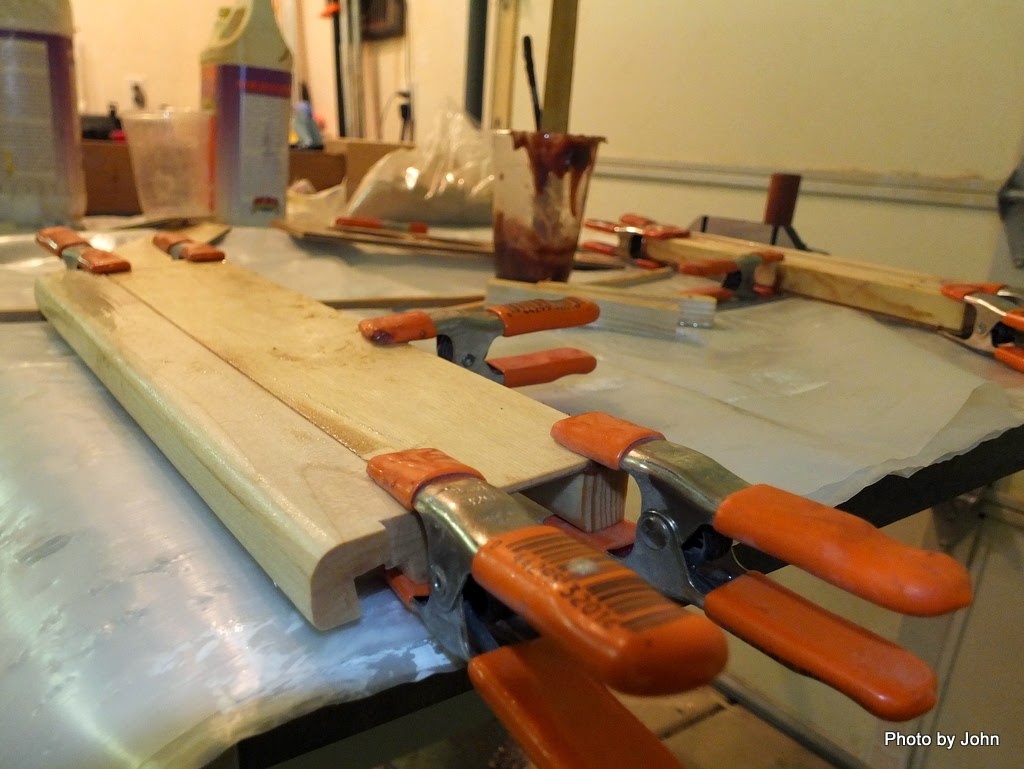 I used 1/8" Baltic birch for the rest of the box. In retrospect, it would have been much easier to use a single piece of solid wood for the entire top and entire bottom instead of just for the front rails. 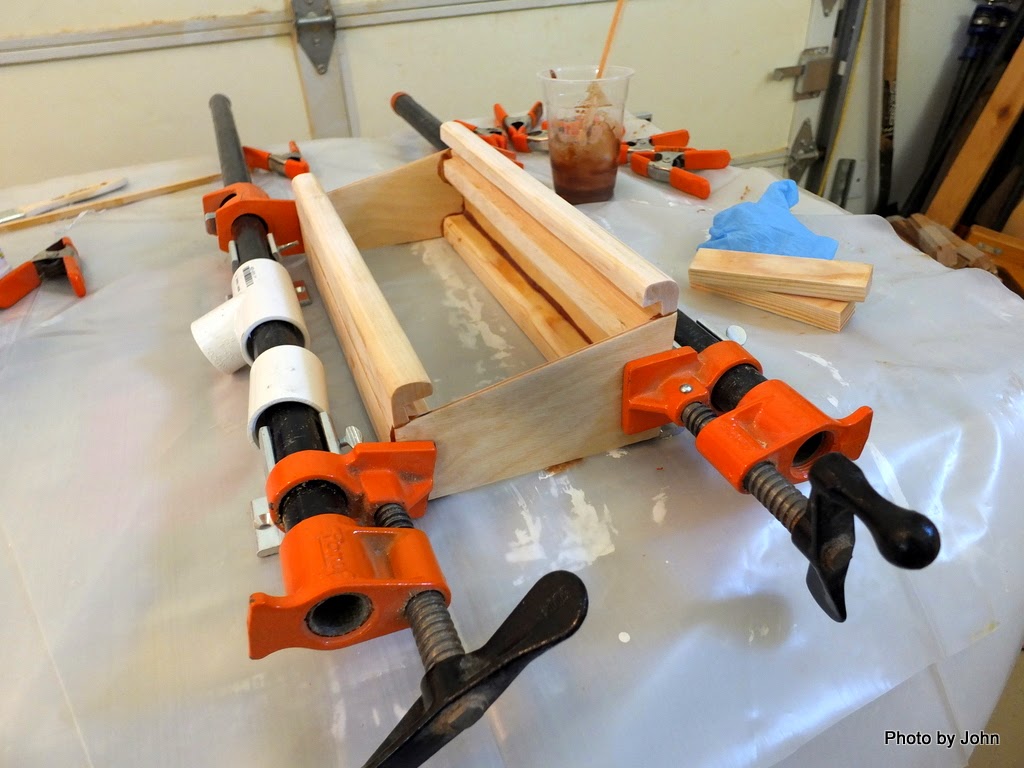 By the time I added pieces of 3/4 x 3/4 to the back edge for the mounting screws, it was just as heavy and slower to make than if I'd used solid wood. 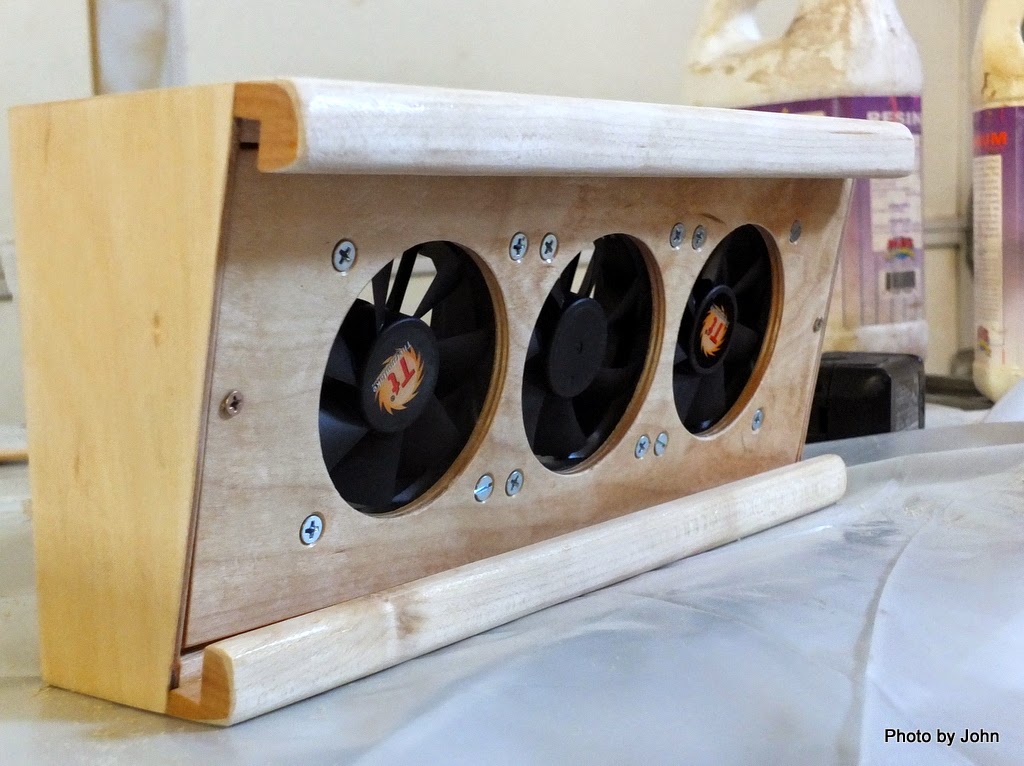 By offsetting the rabbet for the front face from the dado for the filter, I was able to get enough clearance so the complete fan assembly can be demounted from the vent housing. 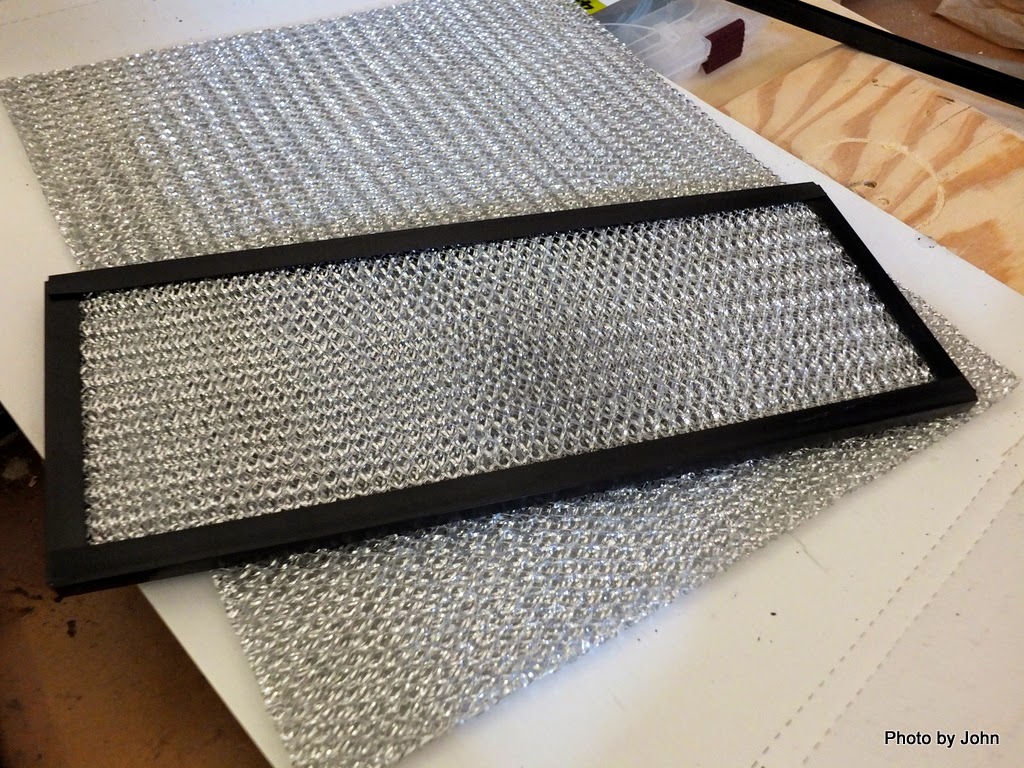 I used a trim-to-fit filter kit. Initially, I thought I would design the box around a standard filter size, but I couldn't find any that were easily available and small. The plastic edges are cut to length with a razor knife. The aluminum mesh cuts easily with scissors. 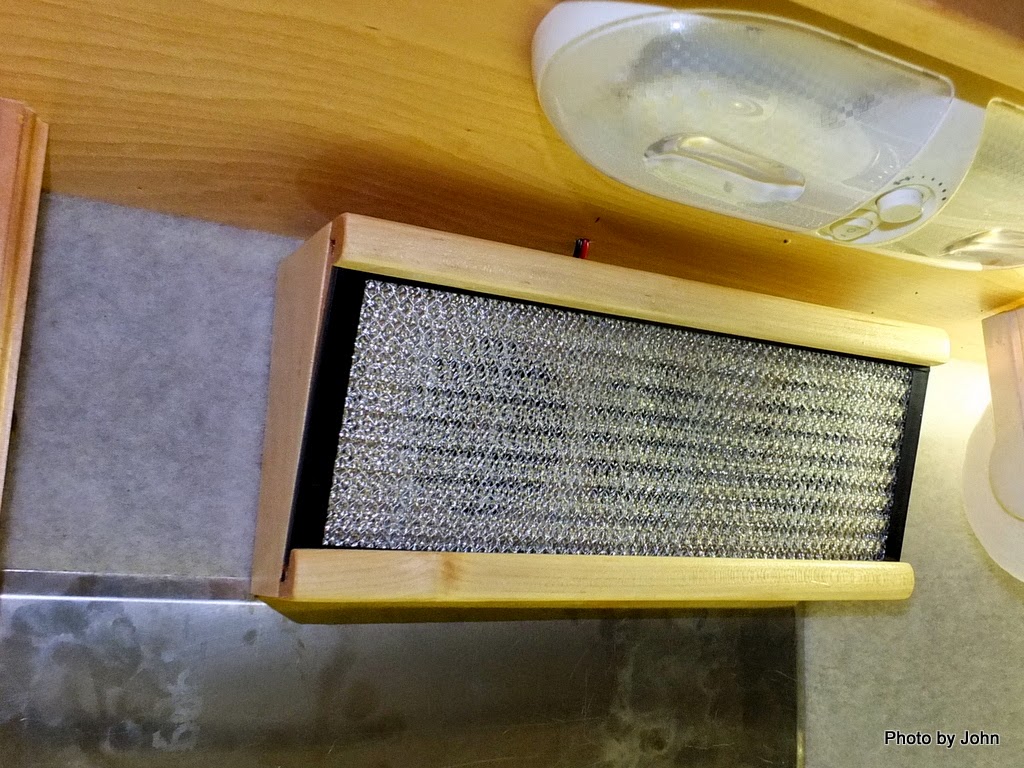 The fan box is mounted using longer screws through the exterior vent flange and the trailer wall into the back of the fan box. The on/off switch is mounted on the right hand side of the vent.

While we were at it, we added an aluminum back splash, held in place by the various pieces of wood trim. 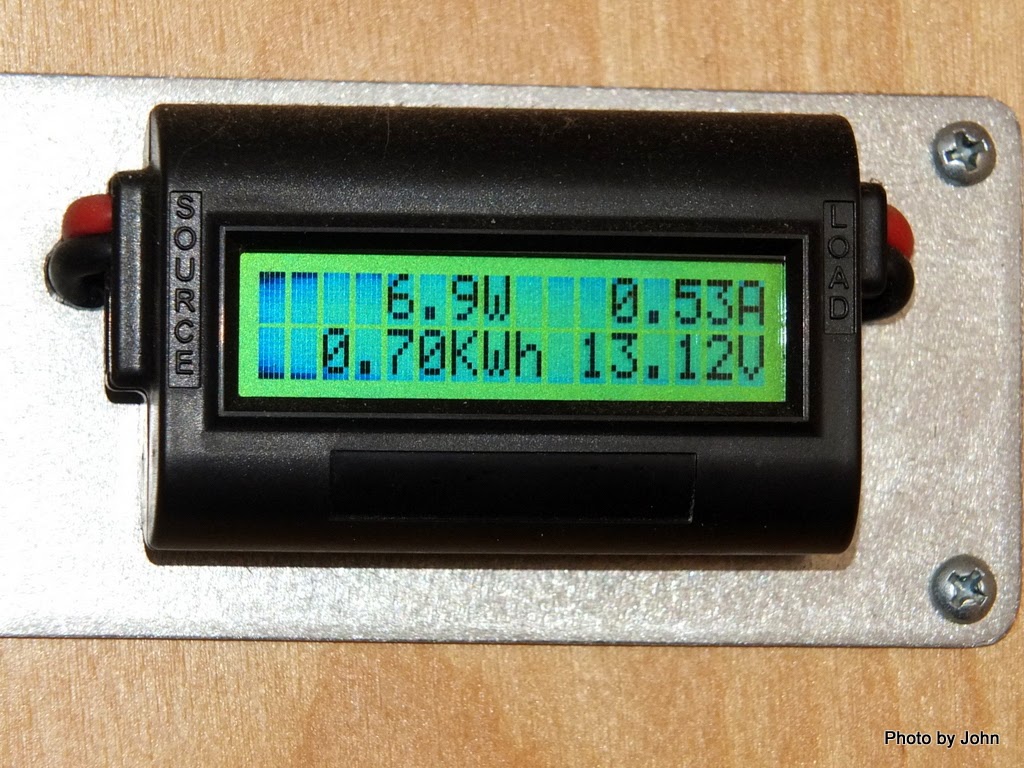 With the three fans, the unit draws about 7 watts according to the Doc Wattson meter.

If all goes as planned, we'll be somewhere downstream of Bowknot Bend on the 4th day of our 12 day Green River trip when this post publishes.