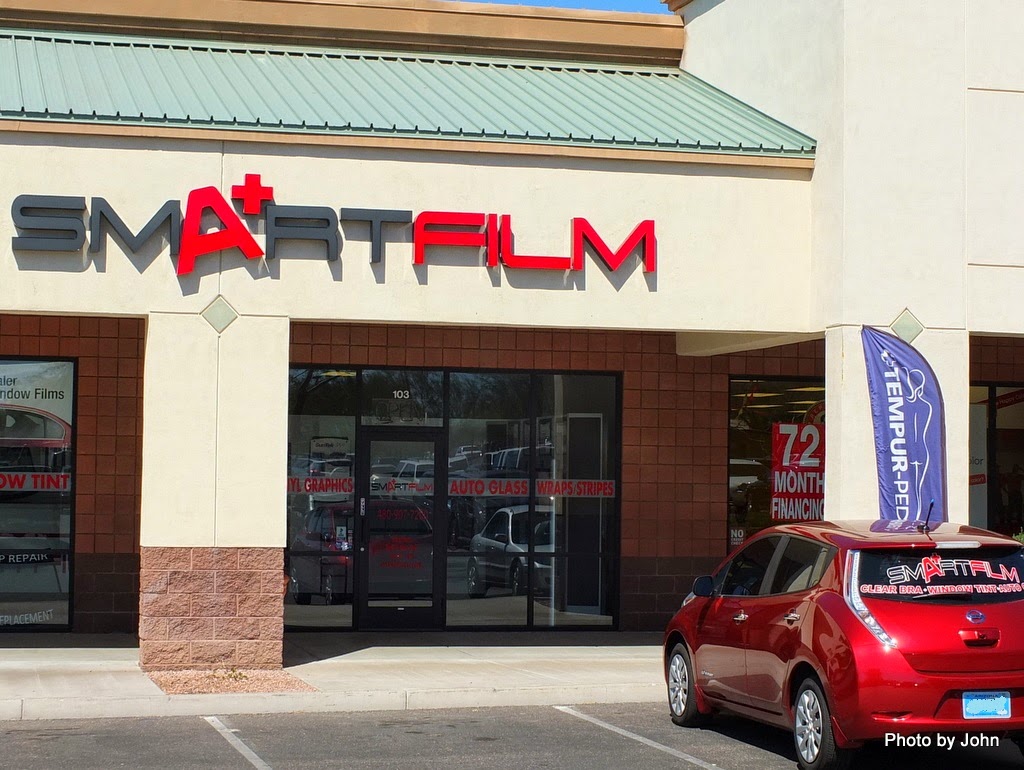 We've talked about possibly tinting the windows in the Scamp for several years. We had a few very hot days during this summer's travel that raised the issue again. Then a friend called and mentioned he was getting his windows done. I finally got around to doing some research and selected Smartfilm in Mesa to do our trailer. They had amazing (and well deserved) Yelp reviews and were conveniently located. 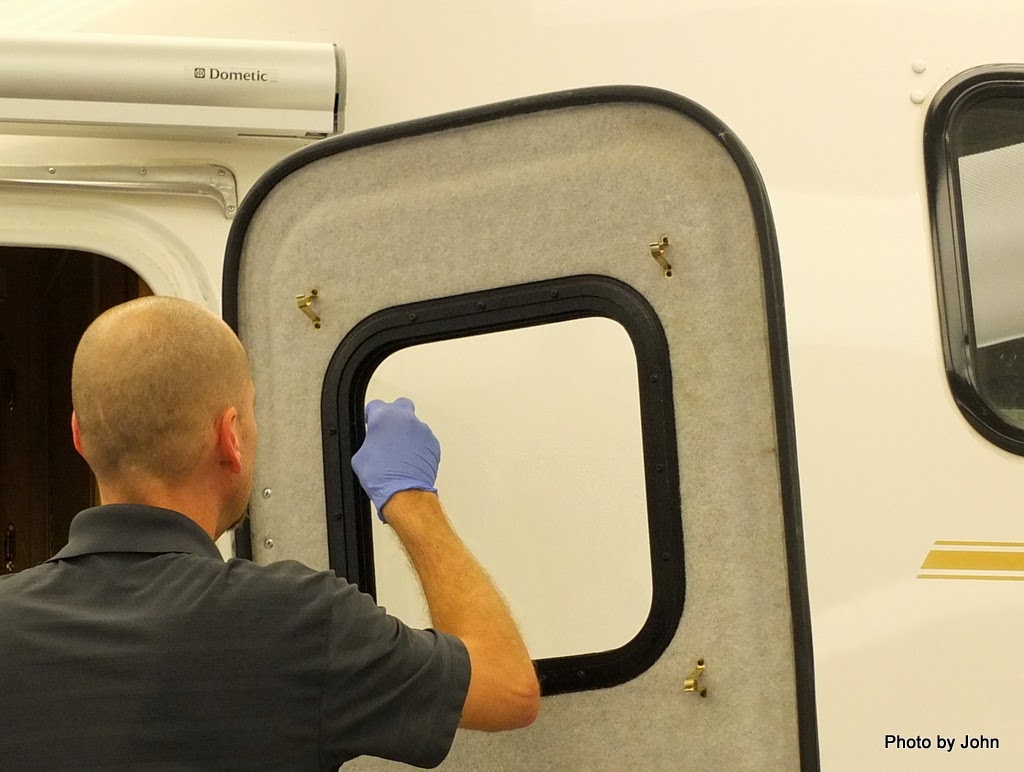 I backed the trailer and pickup into one of their bays first thing in the morning and Stewart went to work. He started by trimming excess butyl caulk from around each of the window panes. 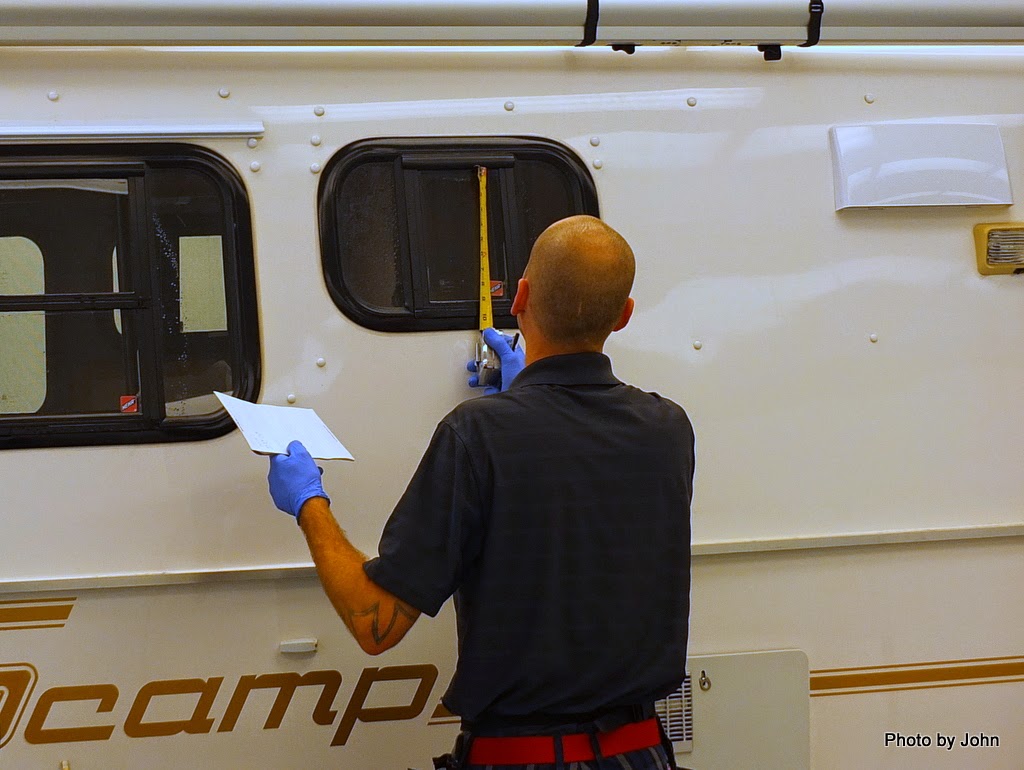 Unlike many vehicles where the window sizes and shapes are already in their database, he needed to measure each of the separate panes. There are 26 panes of glass in this Scamp, three in just the window he's measuring here. 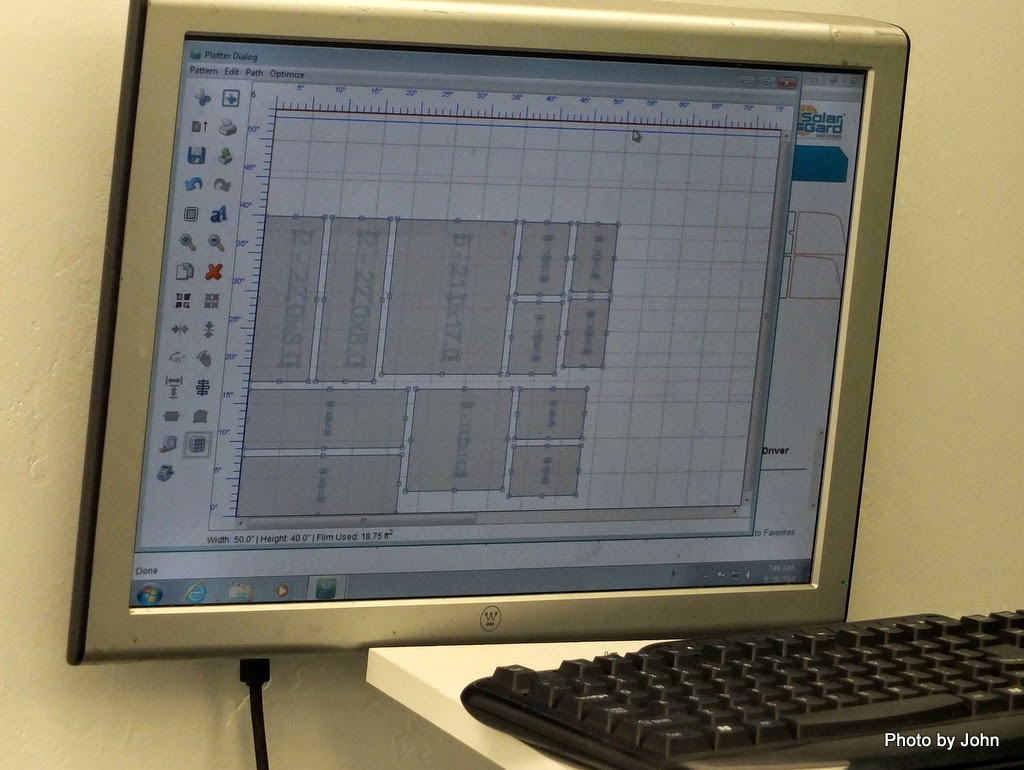 The rough dimensions are entered into the computer which determines the most efficient layout. 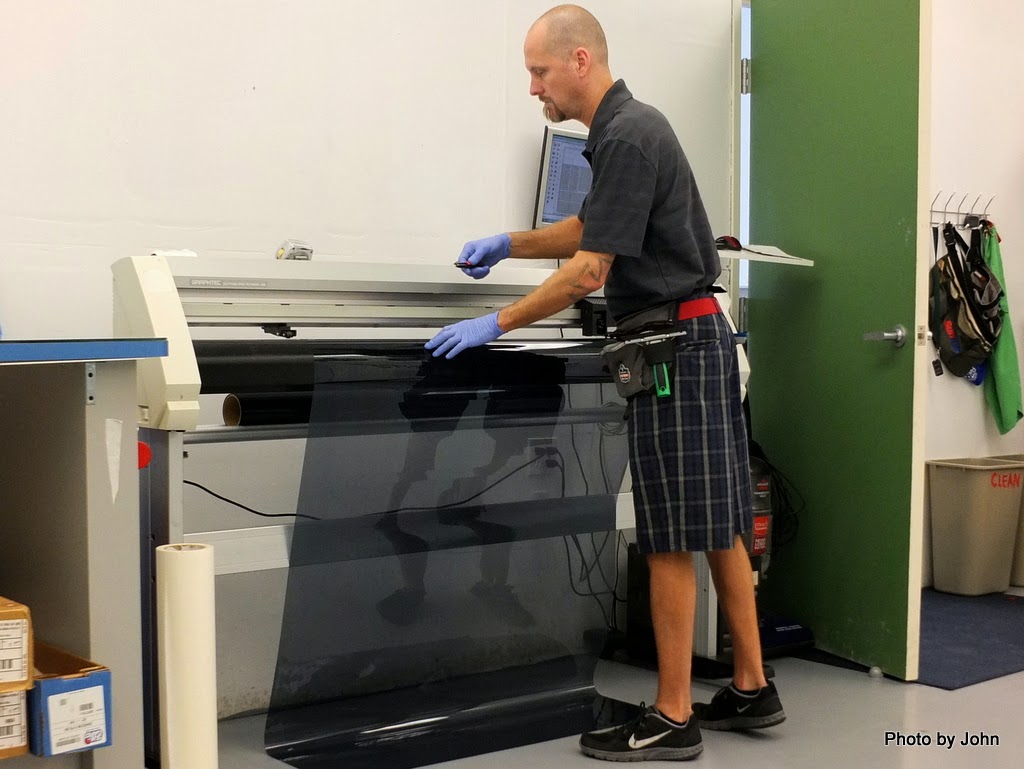 Part of the reason for selecting Smartfilm was that they're an authorized installer for Wincos ceramic film that has some of the highest heat rejection numbers in the industry. We elected to use Madico's Wincos 30. 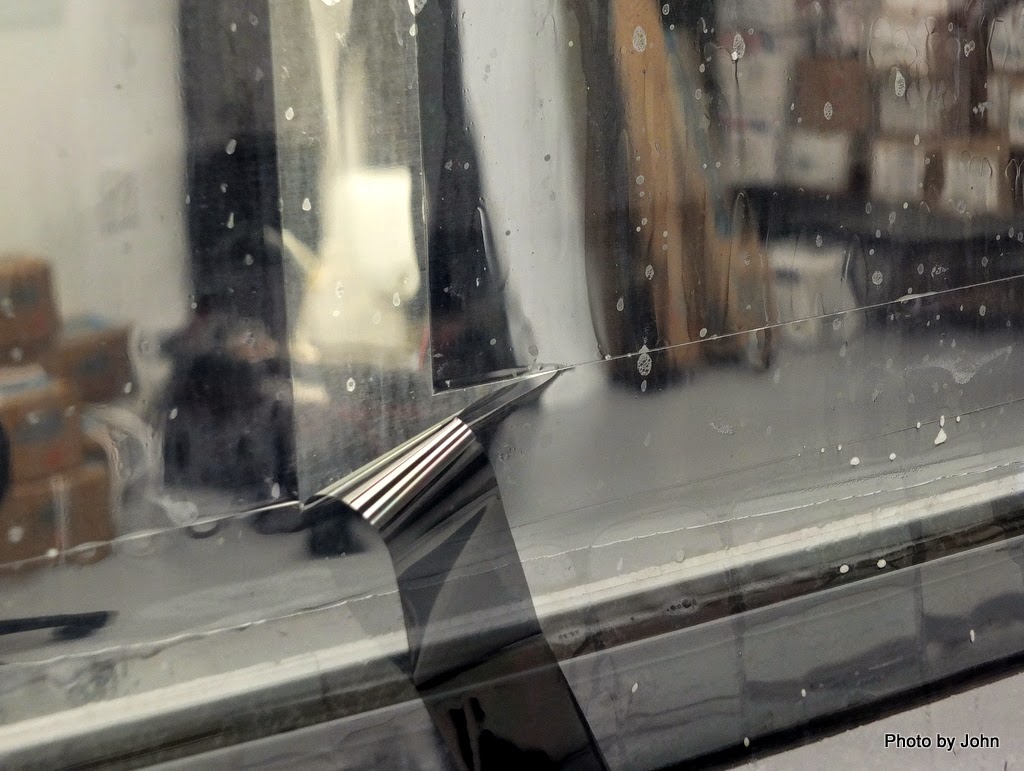 The computer driven cutter is adjusted to cut through the tint film but not through the clear plastic carrier. 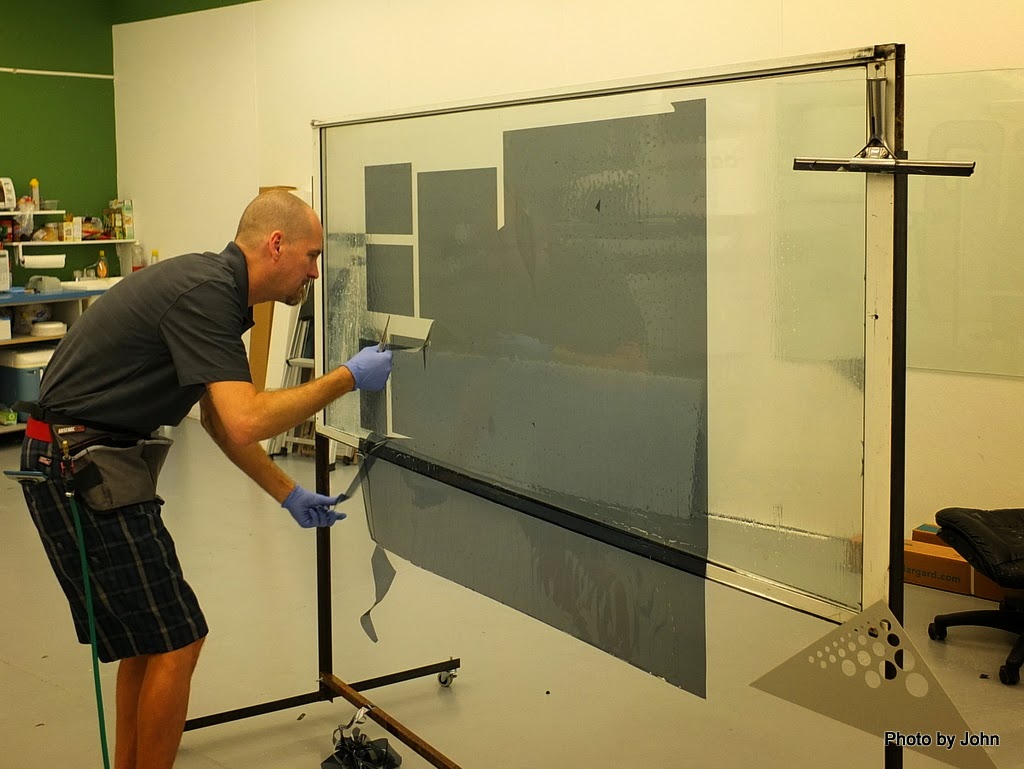 He hung the tint from the cutter on a sheet of glass and then started peeling away the excess film between the various window pieces. 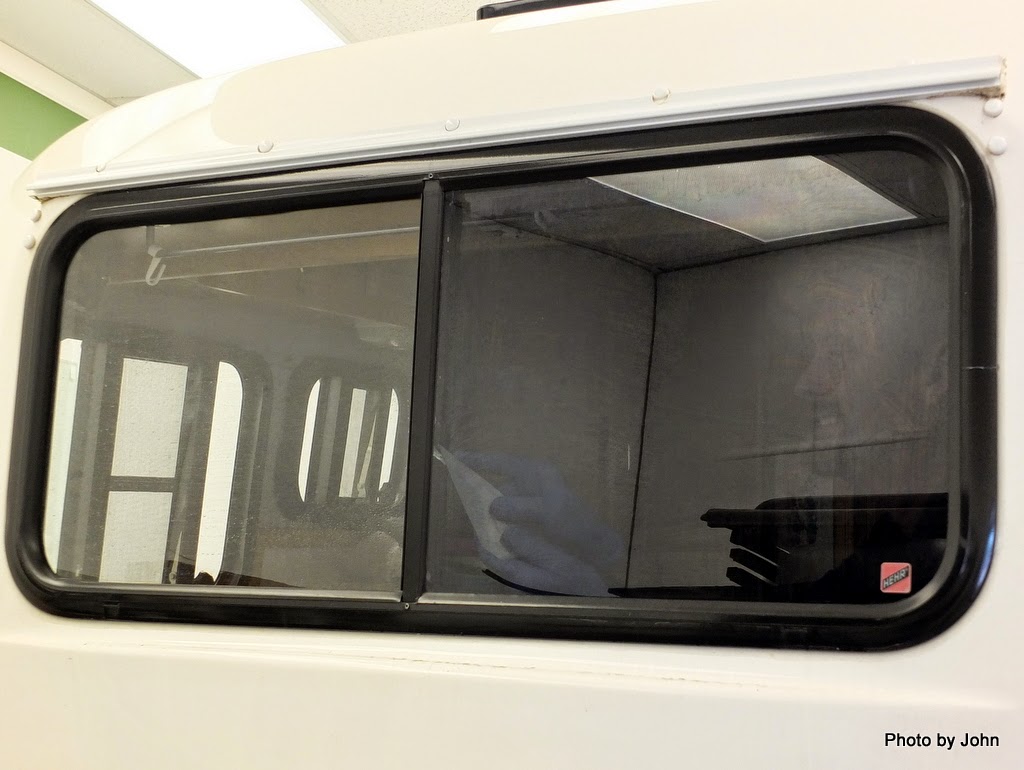 Here Stewart's installing the film on the stationary side of the rear slider. The other windows in this picture don't have the film on them yet. Getting the film into the area under the slider seal was a bit of a challenge but he was able to do it. 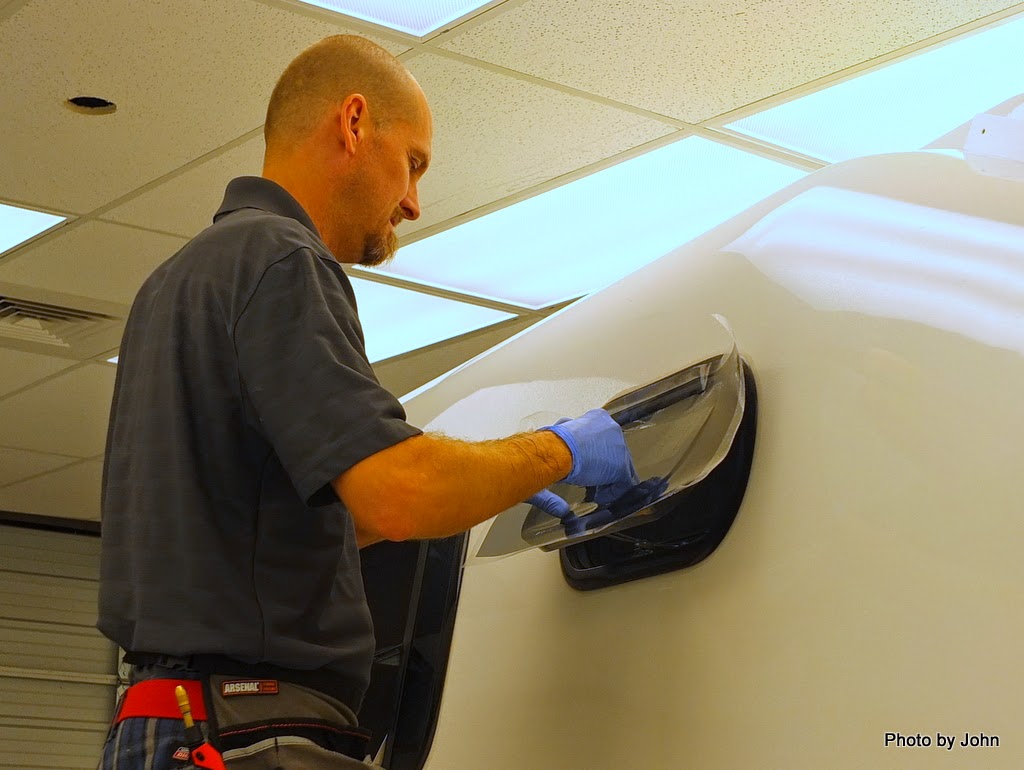 The bathroom window was one of the more challenging one. The outside of the window has a pebble surface so the film wanted to slide around as he trimmed to the exact size of the window flange. 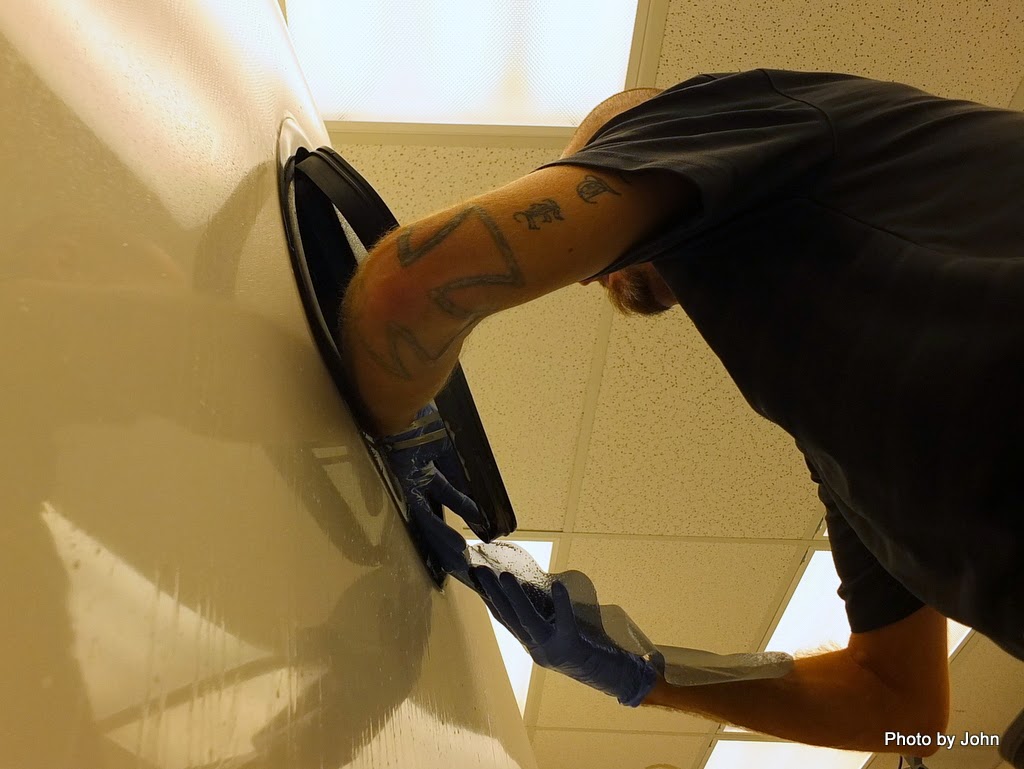 Once cut to exact fit, the film goes on the inside of the window. Since the screens in the Hehr crank windows aren't removable, the film has to be installed from the outside, but the window barely opens far enough to get his hand behind it. 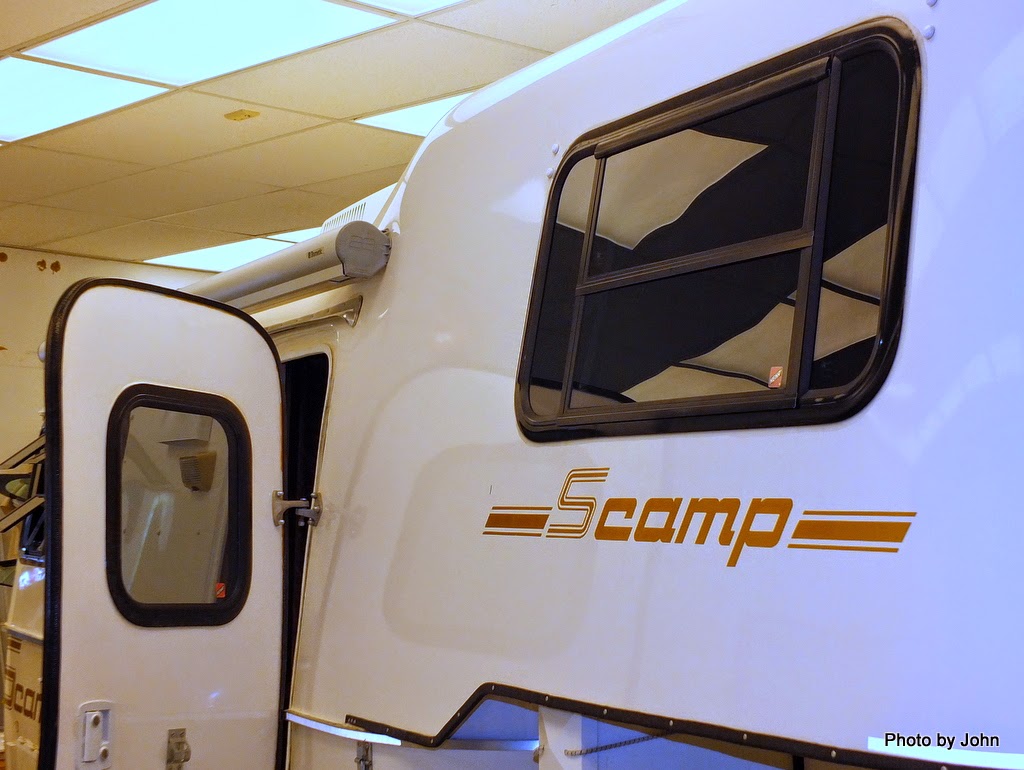 It took just over three hours to install the 26 pieces of film. I'm very pleased with the workmanship and the attitude of Stewart and Brad. The film makes a significant difference in the heat gain through the windows. I think we're going to love it.