I Don't Believe in Darwin 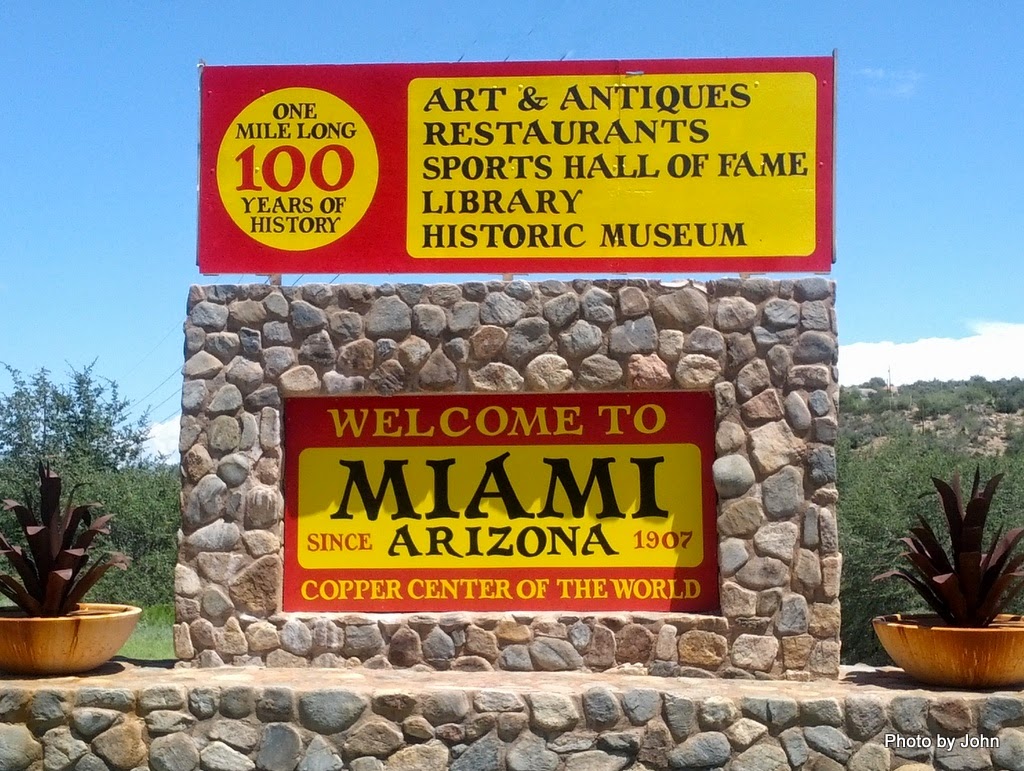 A couple days ago I was driving to Miami. If you are thinking waves, warmth, and babes in bikinis, you get one out of three right. It was definitely warm but no water or bikinis in sight. Just lots of open pit copper mine excavations and mountains of tailings from a hundred years of copper mining.

The town's welcome sign makes a claim that doesn't seem accurate any way you try to explain it. I guess it's nice they think they're the center of the world even if it is only in their dreams... but that's not the reason I don't believe in Darwin.

On the way home, I was overtaking a car on Highway 60 when the driver moved from the right hand lane to the passing lane for no apparently reason, forcing me to pass her on the right while she continued merrily on her way in the passing lane about 5 mph below the speed limit.

I watched in my rear view mirror as she wandered slowly from one side of the lane to the other, and as she would drift back as far as 15 car lengths and then speed up, almost catching me before starting to drift back again, all the while in the passing lane.

After nearly ten miles of this, with traffic passing her on the right and then switching to the passing lane to pass me, she sped up over the speed limit to finally pass me. At that point I was able to observe that she was talking on her cell phone held to her ear in her left hand while she chewed on the fingernails of her right hand. Apparently she was steering with her knees.

State legislators in Arizona make laws about a lot of strange things, but they've determined drivers are so good that they can feel free to talk on a handheld phone or text while they drive. Everyone knows if you're going to steer with your knees it needs to be for a worthwhile reason like eating a hamburger or combing your hair, not chewing your fingernails.

She successfully continued wandering down the highway until I lost sight of her in the traffic. And that's why I don't believe in Darwin.

Now I'll get off my soapbox.
Posted by Just Finding Our Way at 2:30 PM