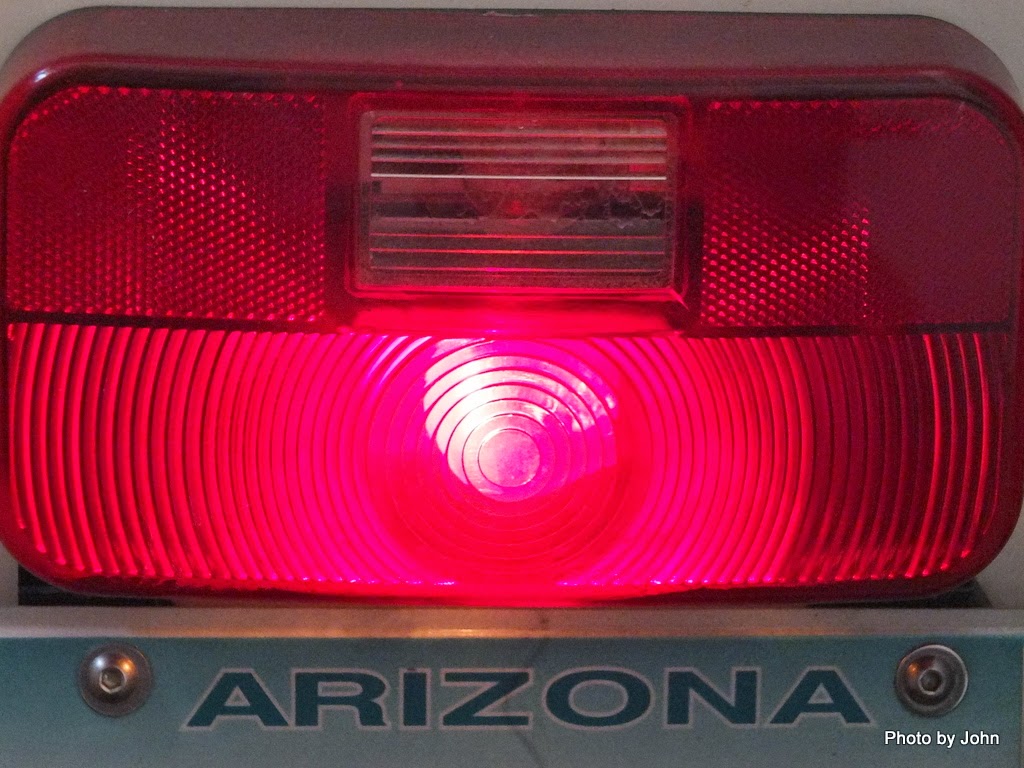 For many years, Scamp has used Bargman 92 Series surface mounted taillights. The ones on our trailer included a backup light function but my truck has never been wired to support the backup lights.

I've wanted to swap for much brighter LED taillights but Bargman doesn't make a direct replacement. 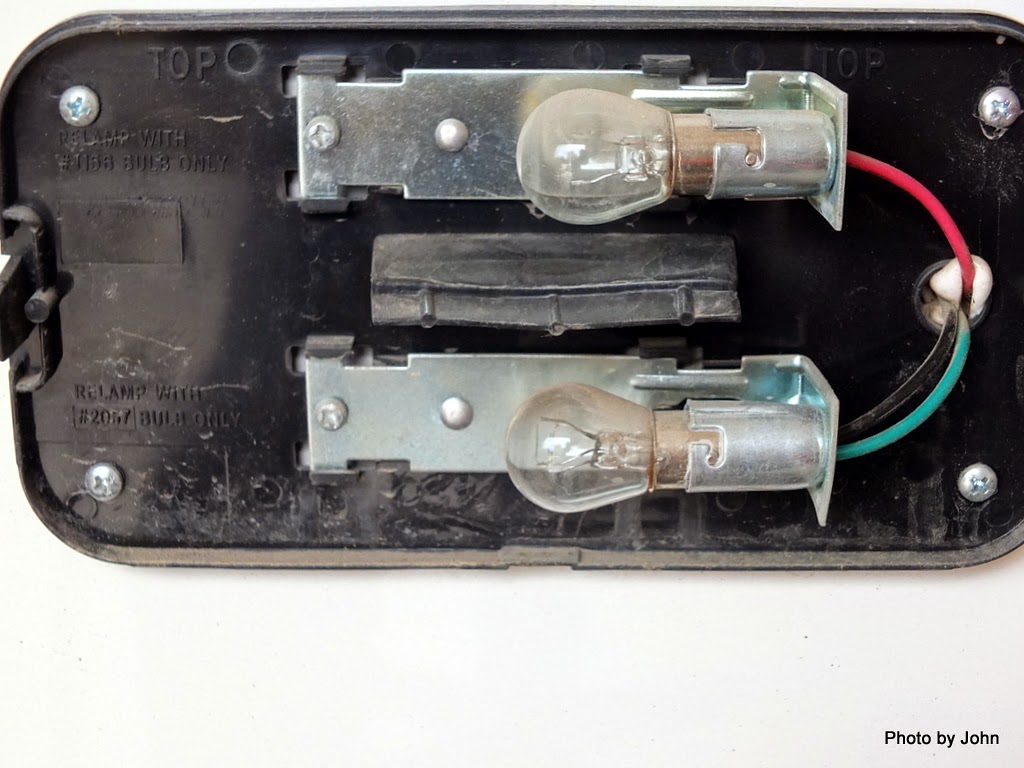 I expected to see the lights mounted with rivets since rivets are used so liberally everywhere else, but in this case they used 1/2" long sheet metal screws into the fiberglass shell. 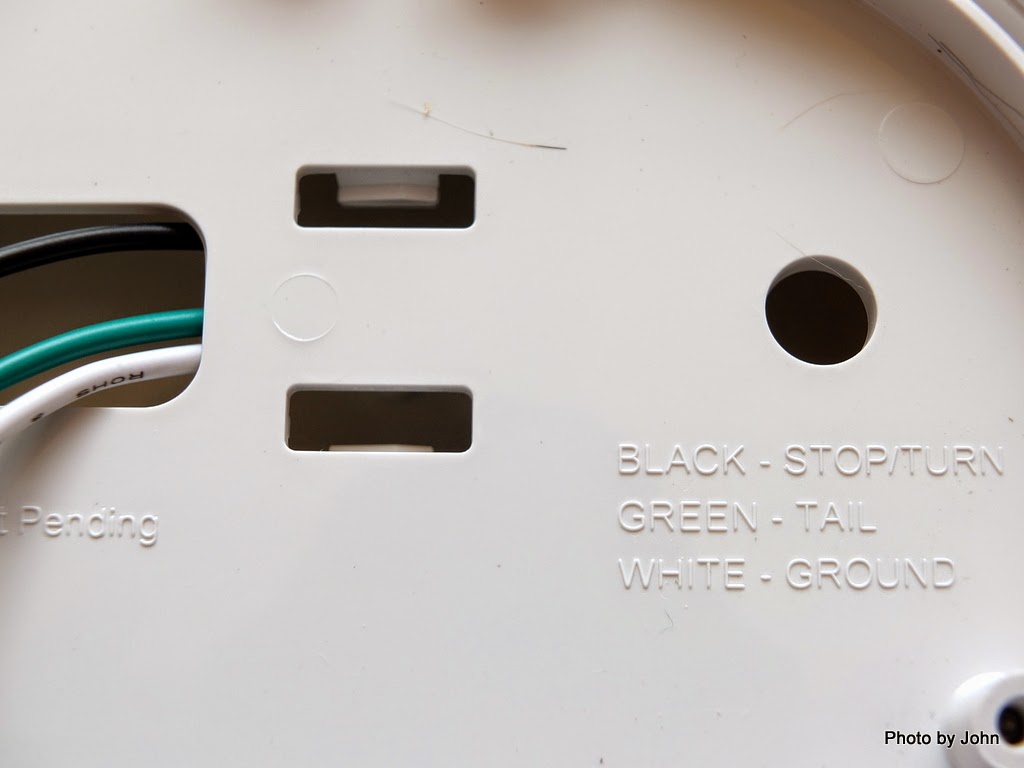 An individual on the Yahoo Scamp list mentioned he replaced his taillights with Bargman 07 series assemblies which was enough to push me to do the mod. At first, I was a bit surprised to see the wire colors didn't match until I realized the original red wire was for the backup light that these assemblies don't have. The light assemblies are available with black or white base plates. 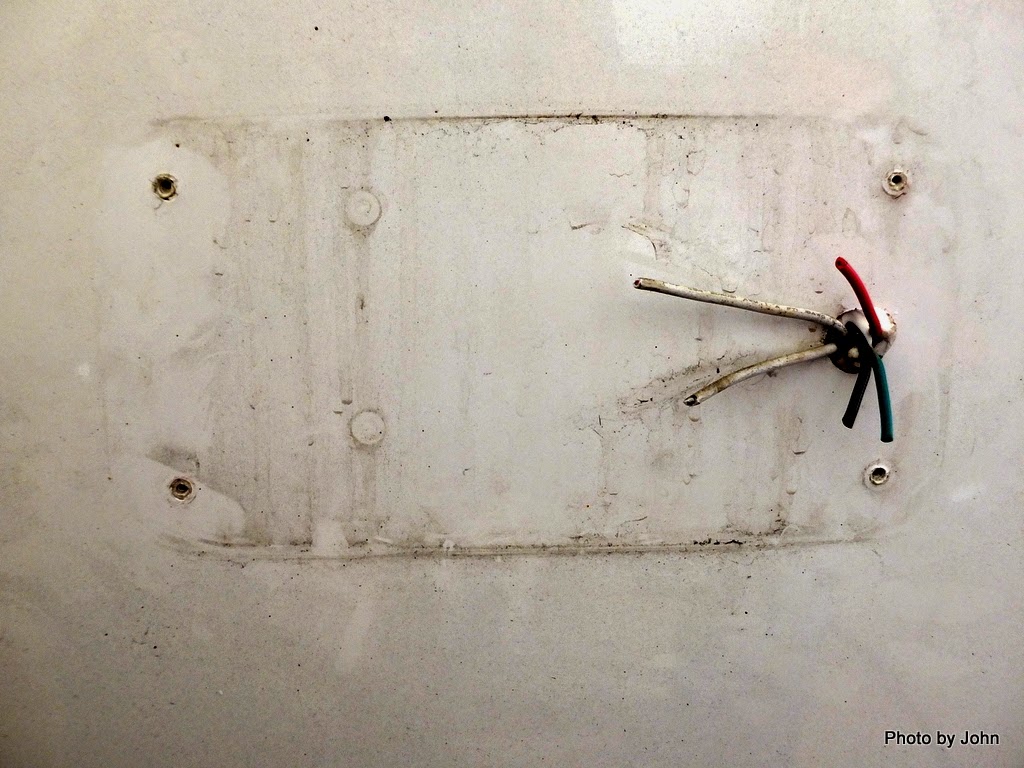 You can tell I haven't washed the trailer since we got home from the Northwest. You can also tell that Scamp doesn't seal the base of the taillight to the shell. 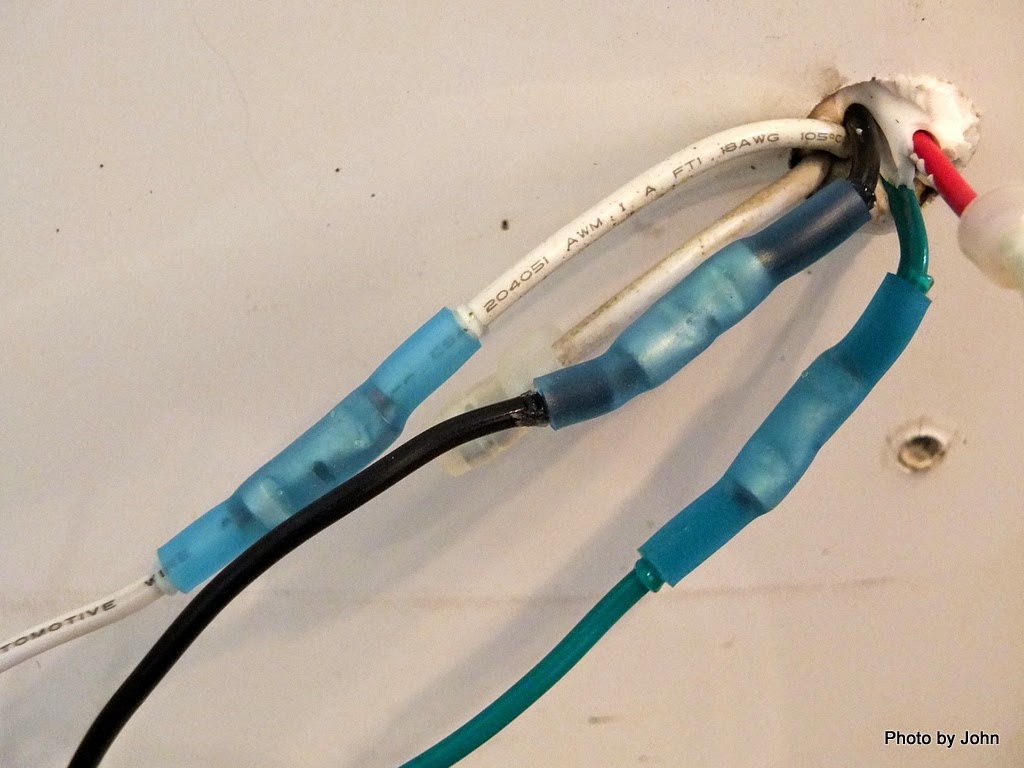 I always use weather tight crimp fittings that are heat shrunk after crimping. I installed crimp caps on the extra ground and the red backup lamp supply wires. 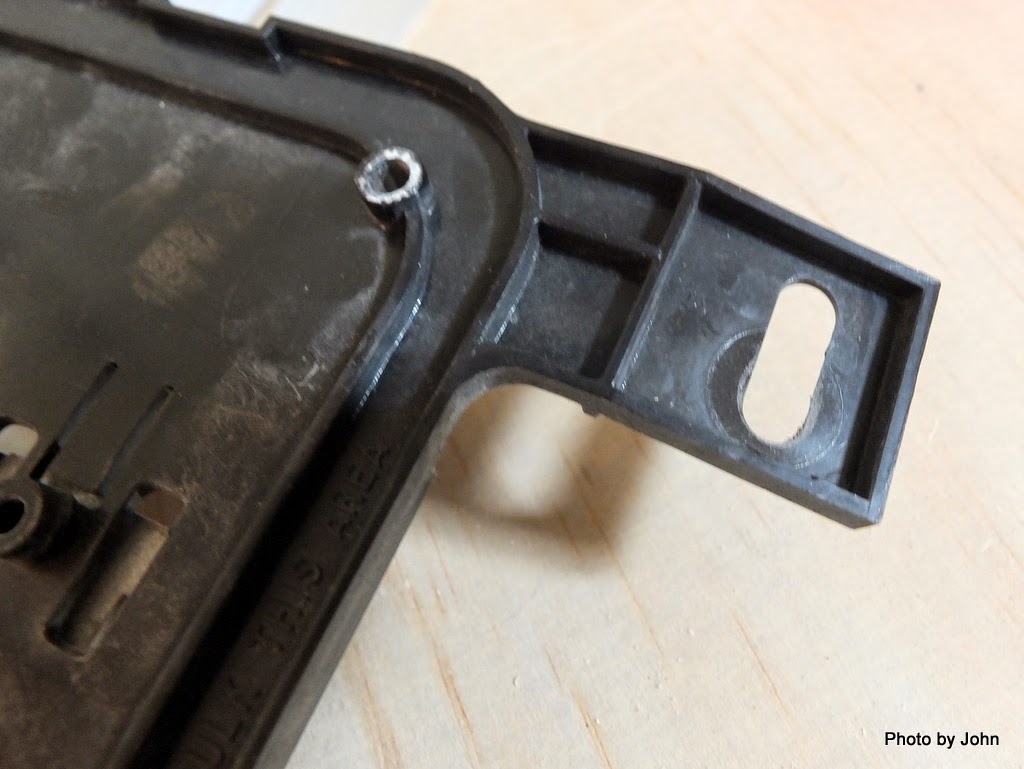 The license plate mounting ears on the left hand assembly were different. On the old one, the area for the nut was recessed. 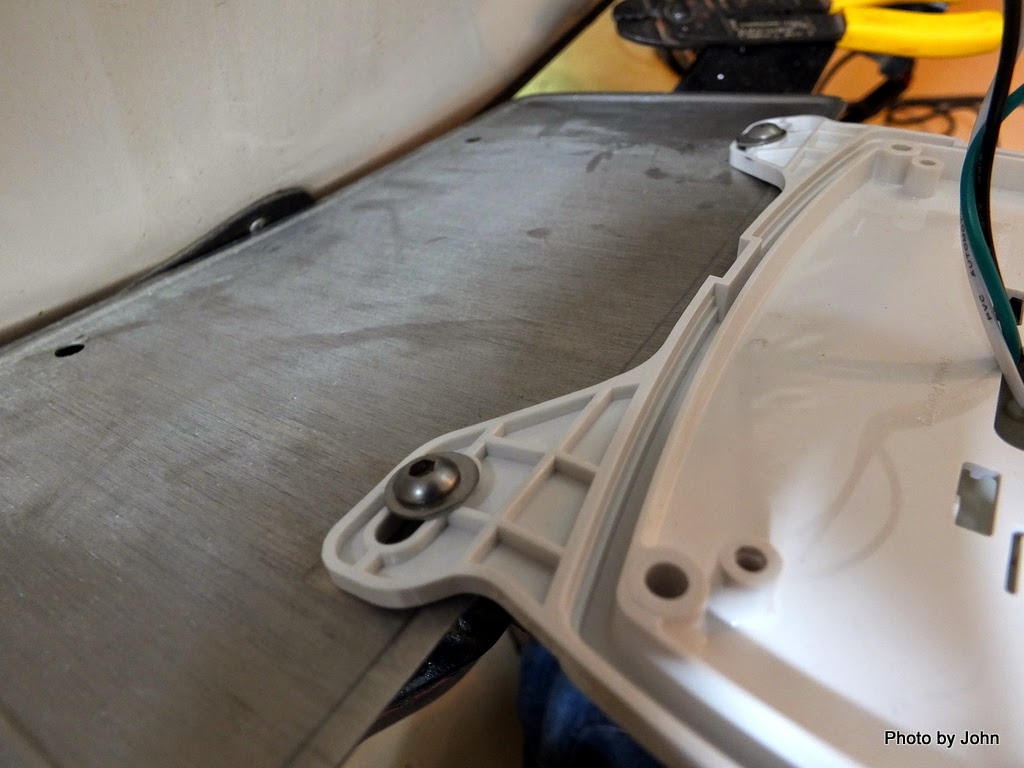 On the new one, it wasn't recessed, thereby creating a clearance issue. I ended up installing the license plate retaining screws backwards with the head of the screw towards the shell and the nylock nuts exposed. This will be the better solution unless we sell the trailer and the plate has to be removed. 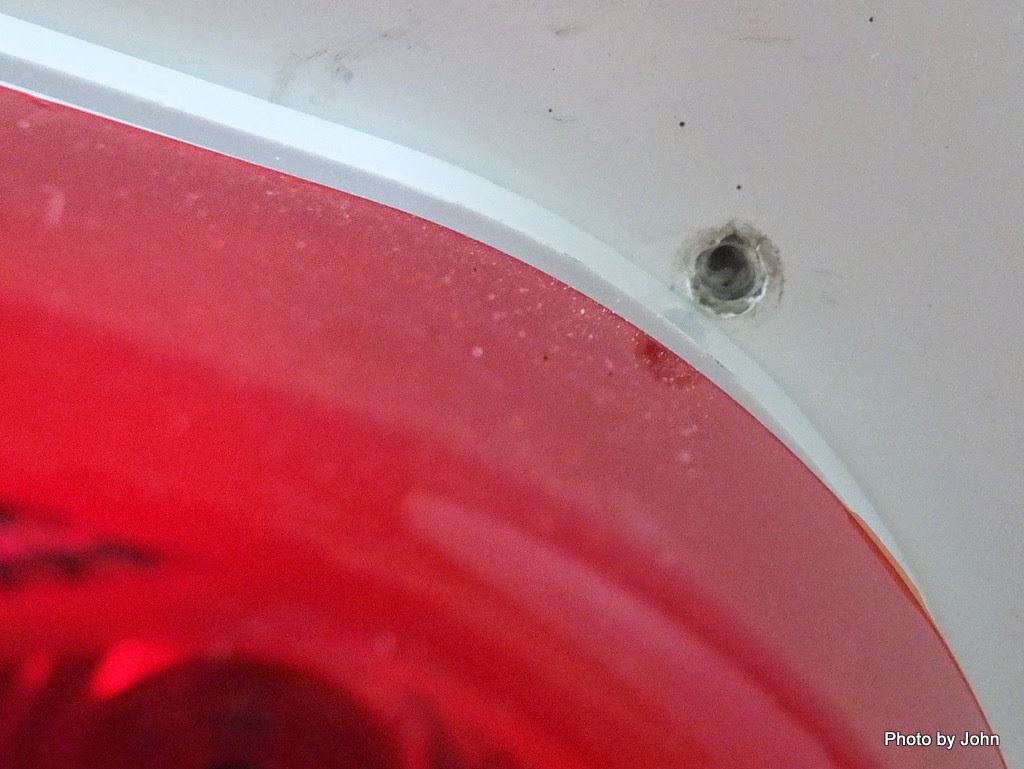 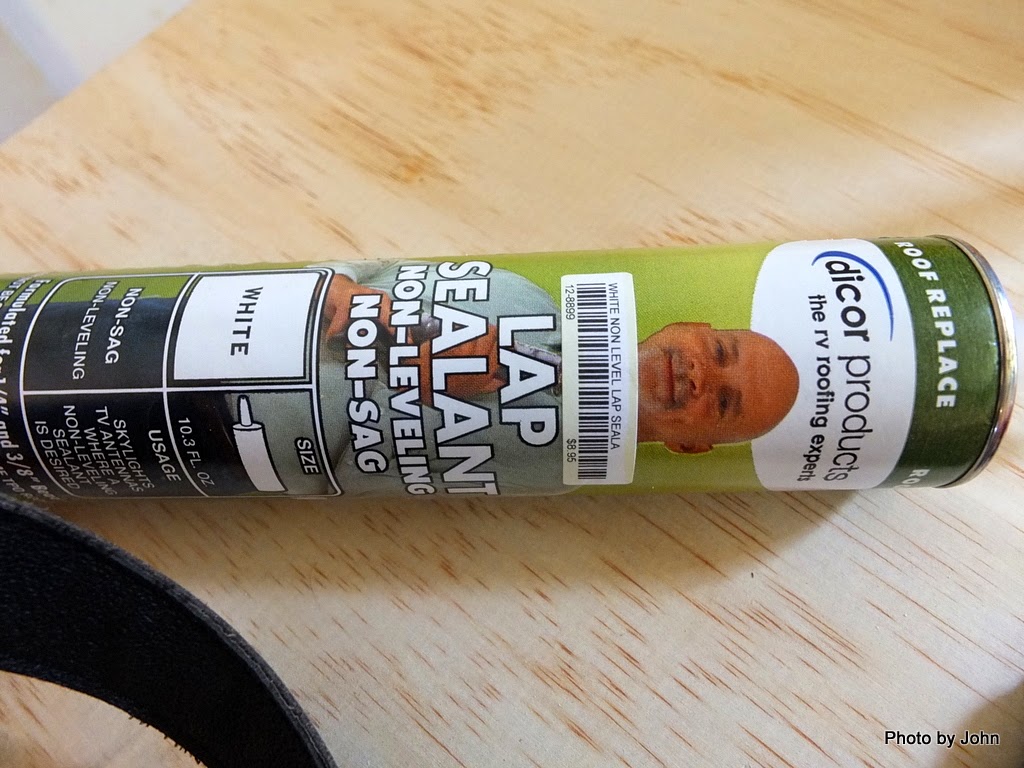 I used my favorite Dicor Non-Sag sealant. It is apparently only available in caulking tubes which is overkill for this project but I'll use it on the new stove exhaust flap installation and on the new door latch as well. Dicor is also available in a "Self-leveling" formulation that works well on horizontal surfaces but not vertical surfaces. 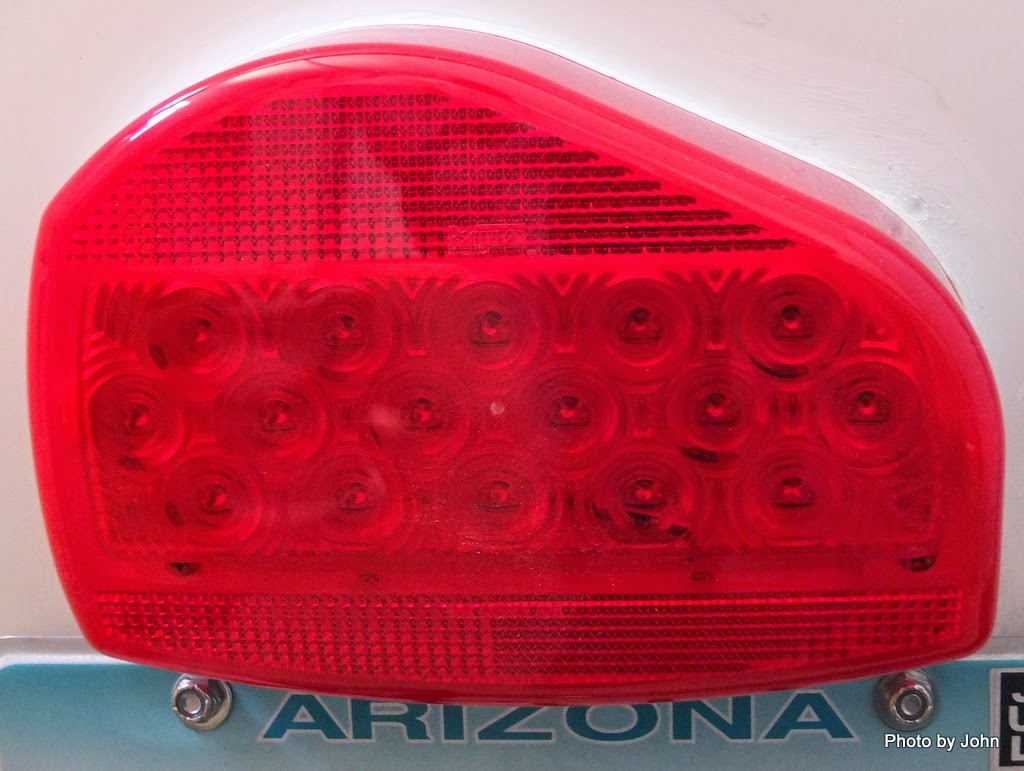 These lights required longer screws for installation. I used 3/4" stainless screws. I used Dicor to seal around the wires coming out of the shell, all around the base of the light assembly, and to fill the two holes that weren't reused.  In addition, I put a dab of Dicor on each screw tip before installing the screw. 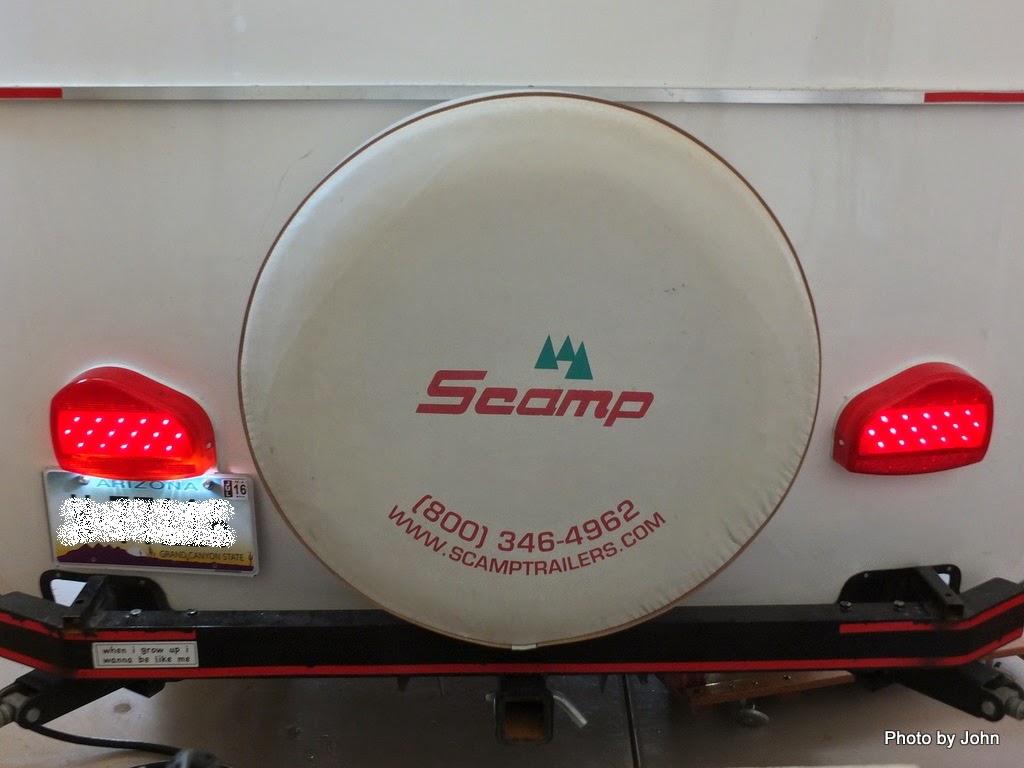 I'm pretty pleased with how the installation turned out. The most noticeable difference in taillight mode is the brighter recognition light on the license plate and the larger lit area as compared to the original equipment in the first photo. 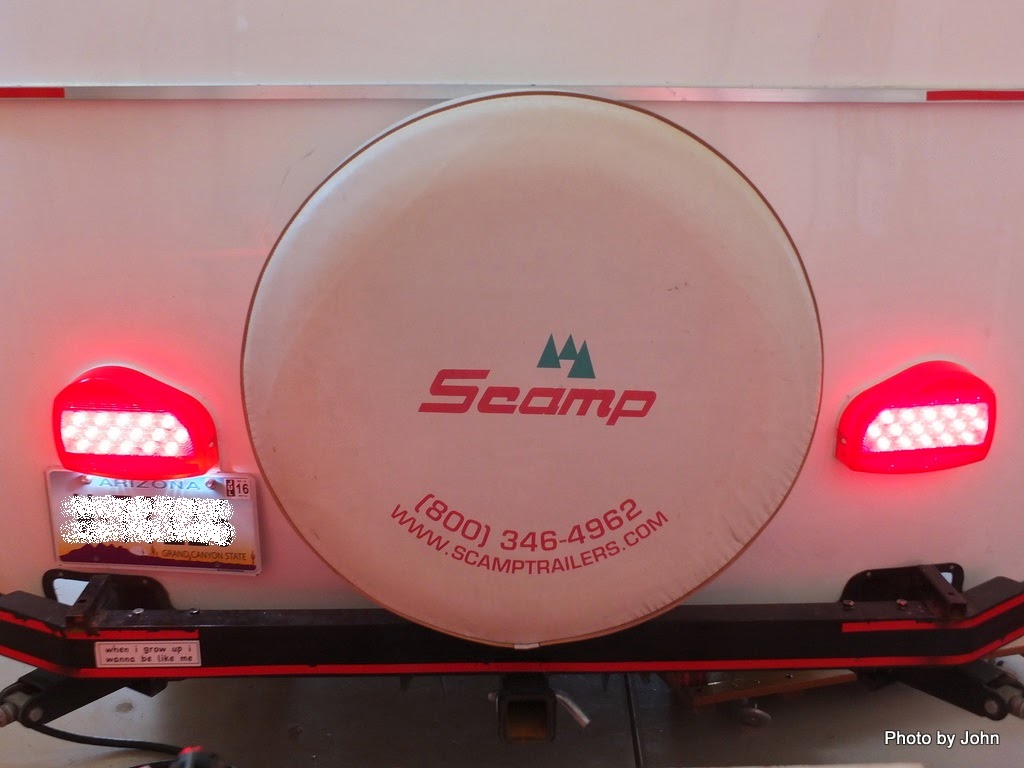 The big difference is with the brakes applied. These throw off enough light that it turns the back of the trailer pink!