It was a minor Christmas miracle. Certainly not like the virgin birth of our Saviour, but still pretty impressive. 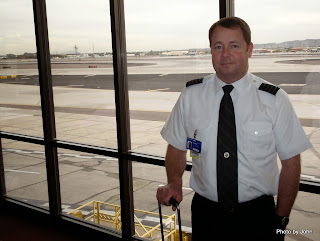 One of the benefits of having a son flying for a major airline is the parental flight benefit, assuming seats are available. His airline introduced a non-stop flight from Phoenix to Anchorage that started yesterday, and through the vagaries of crew scheduling, Jeff was the Captain for the inaugural flight. He suggested we try to come to Anchorage for Christmas on that flight if seats were available. 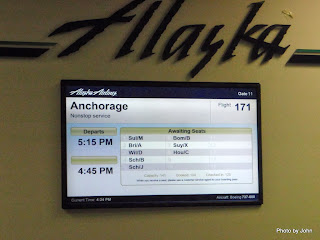 As we watched the loads in the days preceding the flight, it seemed that it would be a workable option, but on the last day, the number of available seats dwindled rapidly and the number of pass travelers increased, making it a pretty long shot. Since we were going to the airport anyway (Jeff had spent the night with us) we packed in the hopes that we would get on. 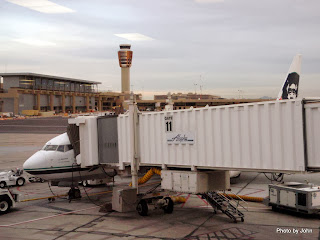 The crew did their preflight prep and the ticketed passengers all filed down the jetway while the numbers were crunched. 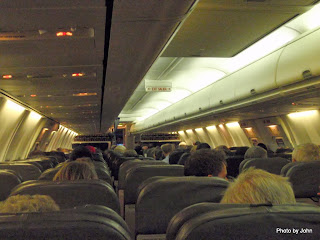 At the last possible moment, we did get on the flight. Center seats in different rows never looked so good! Every available seat was filled. 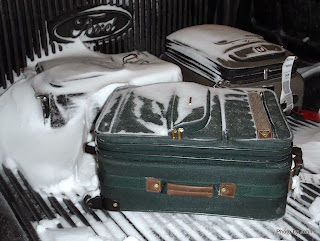 Landing in Anchorage, the temperature was announced as 0 degrees Farenheit in blowing snow. After clearing snow off his truck, the bags were thrown in the back for the drive home. It was cold enough that they didn't get wet. 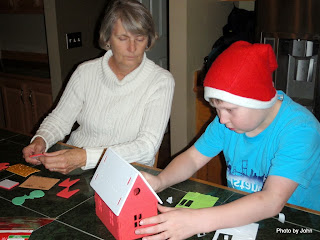 Spencer greeted us at the door and immediately, he and BJ started working on a "gingerbread" house.

Today is Spencer's last day at school. Looking forward to a week of fun with the family!
Posted by Just Finding Our Way at 11:24 AM