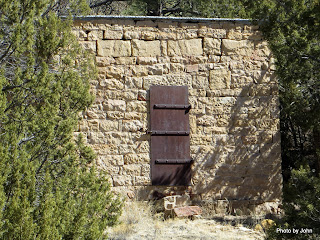 Named for the white oaks around the spring, White Oaks was once the second largest town in the state. It's now home to a handful of people and a lot of history. It was a cowboy town until gold was discovered and easterners started arriving.

This is the powder house associated with the original mine. 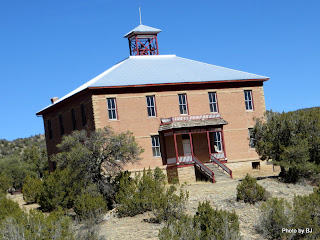 There are a number of newer structures mixed in with some of the remaining originals. The school house, built in 1895, is now a museum that is open on weekends during the warmer months if a volunteer is available. 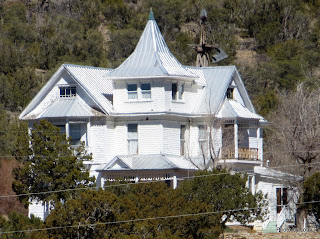 This house has been restored and is now the home of a real estate agent. It was built by the same people that built the school house. 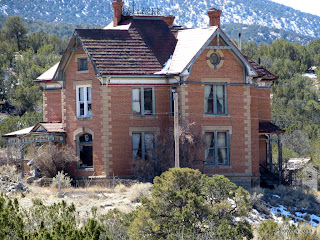 Perhaps the fanciest house in town is owned by a descendant of the original owner. It was built for the bride of the manager of one of the largest mines - she never lived in it. 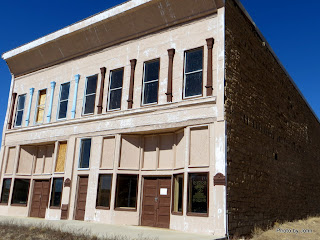 There are a couple For Sale signs in the town including this stone commercial building. Extensive remodeling has been done on the interior including a all new electrical installation. 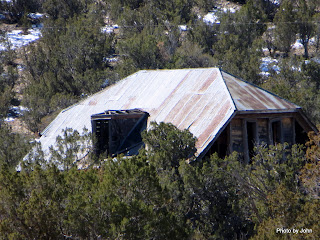 More of the buildings look like this. Access is very difficult because the town is still active and you'd have to cross private property to view these structures closer. This one sits below a small hill. 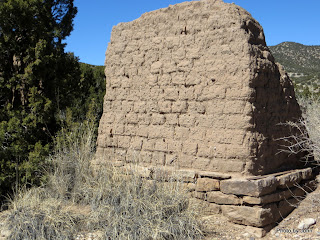 Some leave even fewer clues to what they may have been, 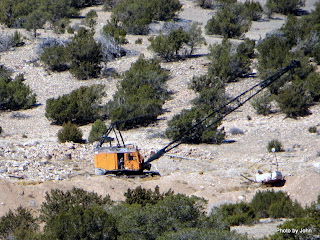 but there are signs of continued mining - at least sometime during my lifetime.
Posted by Just Finding Our Way at 9:00 AM