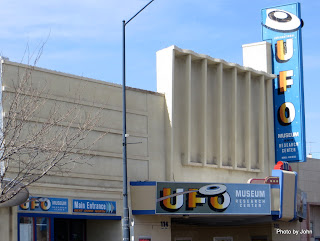 Along with all that has shown up in the blog this past week, we visited three other museums. I wanted to visit the Walker Air Force Base and the UFO museum in Rozwell. Walker was built at the same time as Williams AFB in Arizona and it looks like they used the same plans for much of it. In spite of having nearly 50 years to convert to civilian use, it's still very obviously a former base with lots of it desperately needing a match and a bulldozer. 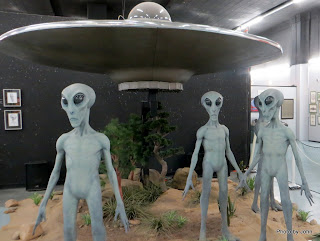 The UFO museum wasn't worth the drive. It mostly consisted of clippings from publications, laminated in shiny plastic, tacked to the wall. They did manage to have one group of animatronic aliens 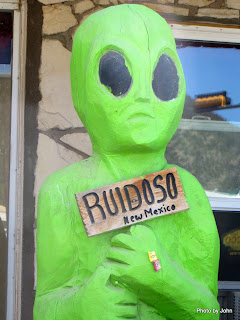 but at least Ruidoso's aliens were green and "everyone" knows space aliens are green. 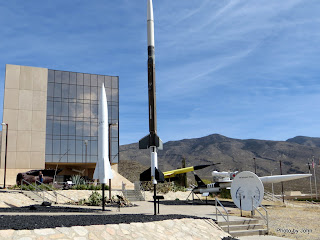 The New Mexico Museum of Space History in Alamogordo seems to go by several different names, but Suzy Garmin couldn't find any of them. It didn't really matter since the building sits up on the hill and was easy to spot from a long way away. 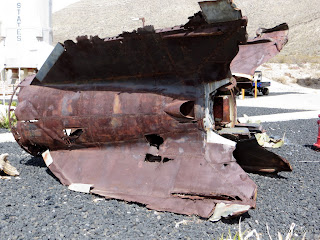 Inside they had displays covering the history of space flight, pictures of all of the people inducted into the International Space Hall of Fame and a Space Shuttle simulator - I blew the tires on landing. Outside they had several rockets including the remains of this V2. 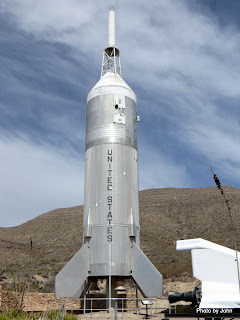 In addition to the museum they had an IMAX theater (separate admission) showing several aviation and space related films. We watched one about the Hubble telescope that was very good. The museum does a good job of connecting international space exploration to research and development efforts in New Mexico. 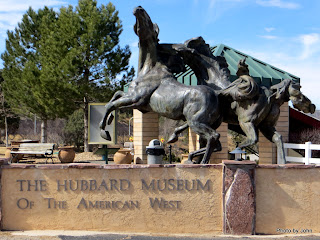 I think my favorite was the Hubbard Museum of the American West in Ruidoso Downs. In addition to collections of firearms, saddles, kachina dolls, Native American pottery, and pictures of early New Mexico, they had a wonderful collection of wagons and carriages. 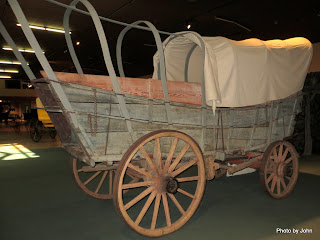 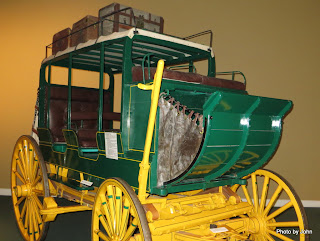 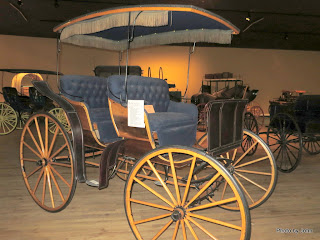 and a surrey with a fringe on top.
Posted by Just Finding Our Way at 9:00 AM

Email ThisBlogThis!Share to TwitterShare to FacebookShare to Pinterest
Labels: New Mexico
Location: Here and There, NM