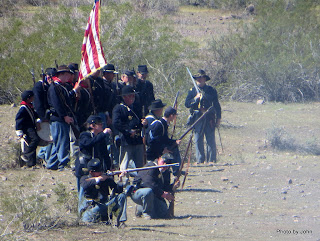 While it was interesting to watch, it was perplexing to think about. Why celebrate one of the most divisive, deadly, and disturbing periods in our history? The announcer may have summed it up while describing the action at the reenactment of the Battle of Glorieta, "You'll note not very many of the participants are 'dying.' That's because they spent so much money on their guns and equipment they want to make all the noise they can." 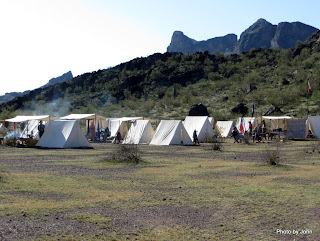 The encampment had grown significantly since early Friday afternoon. It was organized by group with the Confederates camped away from the Union troops. 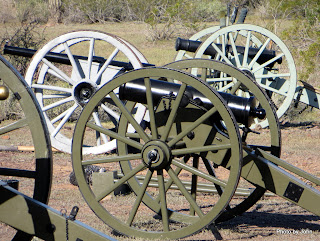 There were seven cannon in all, each of them a hand-made replica. 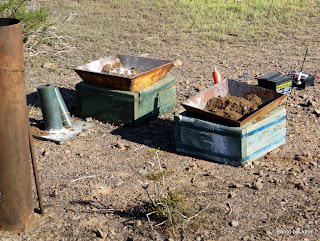 I wondered about the bags of peat moss stacked by one of the cannons on Friday. Turns out it is mixed with dolomite for the special effects explosions. 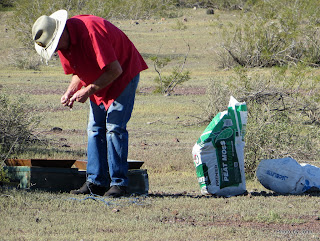 The pyro guy built one of the cannons for his wife for her birthday. I guess that's a thoughtful gift if you like messing with explosives. 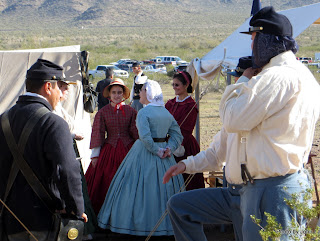 It was difficult getting pictures that were limited to the period. Lots of juxtaposition of period with modern, even with heavy cropping. 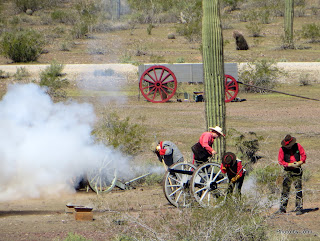 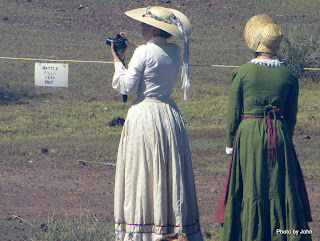 there was some apparent spying going on, 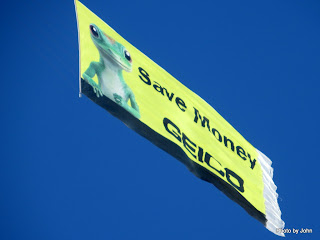 Geico decided it was an appropriate time for aerial advertising, 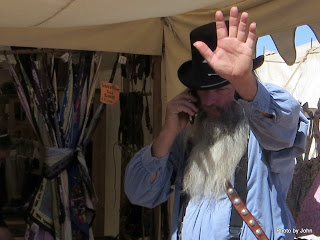 and one of the shop owners was using some sort of new-fangled device. 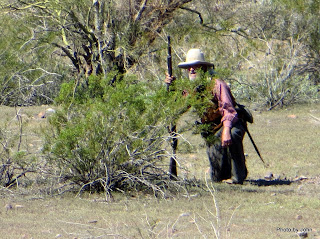 I did learn more that helped me better understand why Fort Stanton was handled the way it was. Union troops were recalled for battles in the east leaving the New Mexico territory to be claimed by Texan Confederates, then pushed back by Union volunteers from California. Confused yet? 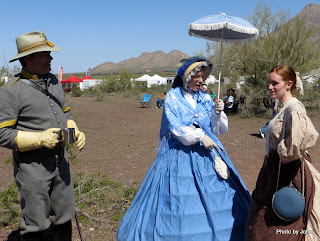 In addition to the three battles, there's sarsaparilla, kettle corn, and burritos. What more could you need?