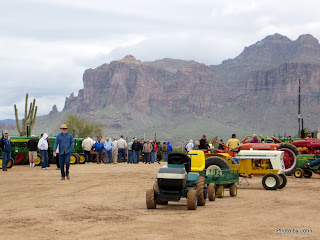 On the second weekend of March in the shadow of the Superstition Mountains, the Arizona Early Day Gas Engine & Tractor Association holds a meet each year. Last year the temperatures were in the 80's, this year it was overcast, drizzle, and cool but there was still a good turnout. 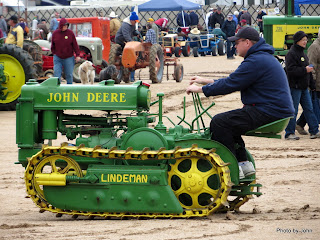 This year they were featuring John Deere tractors so green & yellow was much more prevelant than red, orange, or gray. There were even a few crawlers at the meet. 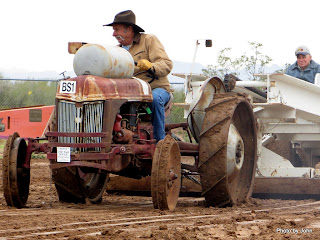 One of the highlights of the meet is the tractor pull. This club uses a percentage derived from the tractor weight divided by the total weight on the drag plate to rank the tractors that enter the pull. The steel wheel tractors ran first and this LP fueled Ford proceeded to dig a hole before getting the sled to even move. 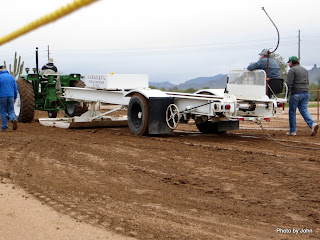 The sled has a weight box that starts at the back behind the axle and moves towards the front, progressively adding weight to the drag plate the further the sled is pulled. 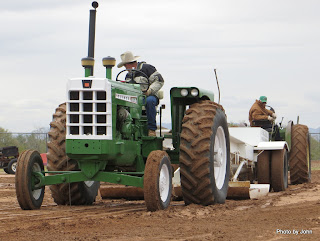 This Oliver 1950 was my favorite because it was powered by a four cylinder GM diesel with its instantly recognizable 2 stroke high pitched exhaust. (The tractor in the back is used to pull the sled back to the starting position.) 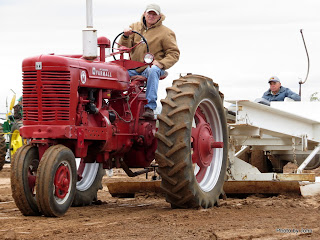 There weren't many Farmall tractors, but there was one Super M, several years newer than the M that Dad had. 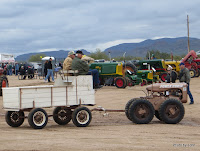 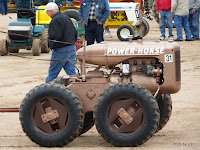 One of the strangest (and rarest) tractors was this Power Horse, controlled with reins like a team of horses. 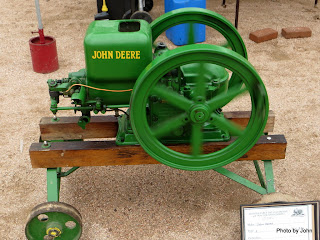 In addition to the tractors, there were lots of small (to not so small!) engines. Some were static displays but many were running. 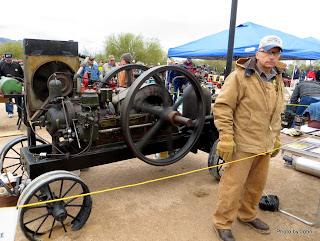 This is a British engine that powered a grain elevator in Canada. 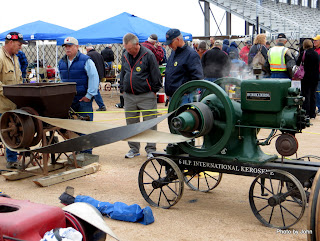 A few of the engines were powering tools such as this corn sheller. The disappointment was that there weren't any Lister engines, 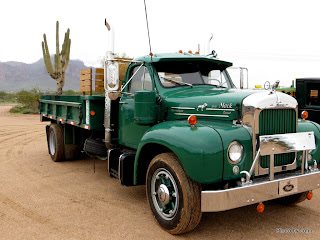 but there was a beautiful B model Mack truck and lots of fun for $5 admission.

And a Big Welcome to folks stopping by from HitchItch. I noted the traffic and was amazed to see we were mentioned on the front page. I hope you enjoy your visit and decide to stick around while we continue Finding Our Way.
Posted by Just Finding Our Way at 9:00 AM