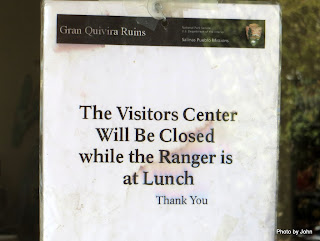 In the back of beyond, miles from anywhere in central New Mexico, is a very low key National Monument. Low key enough that the ranger was out to lunch the whole time we were there, which was understandable since there were apparently only four humans and two dogs visiting at the time. 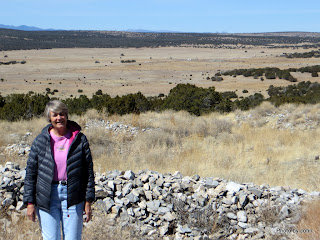 Just finding the place was a bit of a challenge. Turns out some of the confusion is that the Salinas Pueblo Missions National Monument includes three separate sites plus the headquarters in Mountainair. The local info talks about the Gran Quivira ruins and doesn't mention the full name of the National Monument. It's located on a hilltop  with views ranging for miles. 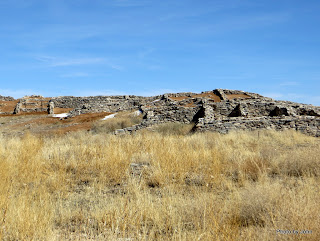 This entire site, while having very limited water, is believed to have housed over 3000 people. The pueblos were built prior to the Spanish exploration of the area and served as a trading center. 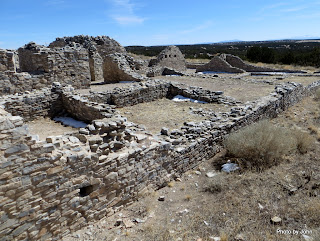 Of the 17 mounds, only a relatively small portion of the site has been exposed with archeological excavations. 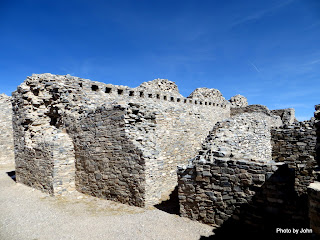 By the end of the 1600's the location was abandoned, leaving massive stone structures behind.

Posted by Just Finding Our Way at 9:29 AM