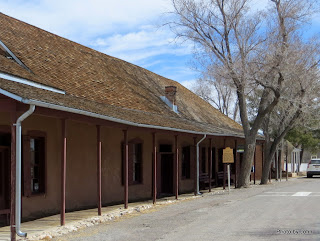 So many of the names in this part of New Mexico roll easily off the tongue, reflecting the long history of the area - Alamogordo, Tularosa, Mescalero, Ruidoso, and Hondo. They sound like places that should be featured in Zane Grey or Louis L'Amour novels. And then there are Anglo names that seem so out of place - Lincoln, for instance. 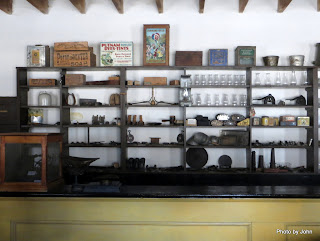 Now known as the most authentic Old West town in the nation, Lincoln is an intriguing place to visit. There are several buildings open as museums operated by the Lincoln State Monument, some of which weren't open this early in the year. 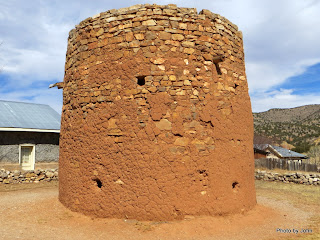 President Rutherford B. Hayes called Lincoln's main street "the most dangerous street in America." The torreon was built as a defensive structure. 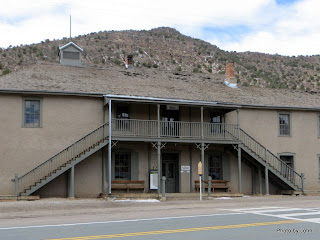 Billy the Kid and Sheriff Pat Garrett lived here and were some of the many involved in the Lincoln County War. The war was the result of a British business man new to town creating increased competition for the entrenched Irish business men. This building started out as the Murphy-Dolan store (aka "the house") and became the courthouse. 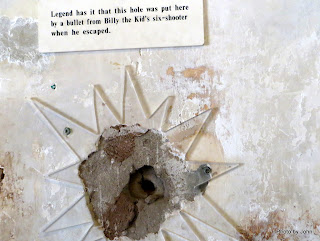 Billy the Kid escaped from the courthouse, killing a Deputy and a Federal Marshall in the process. 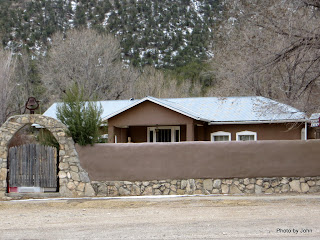 There are lots of adobe houses and business buildings remaining in various degrees of repair. Some homes are occupied. 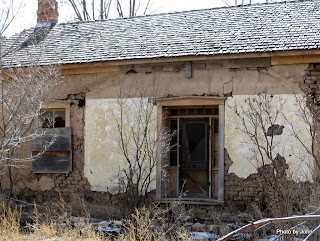 Others are not. The whole area is part of a historic conservation district. 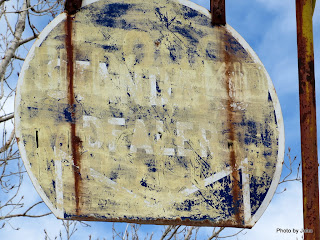 The town has been through some tough times, but just like the sign it continues to hang on, remaking itself as necessary.