Will Planning Pay Off? 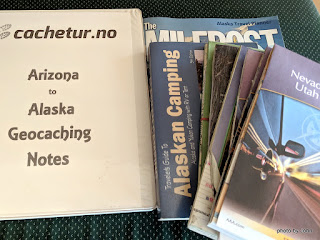 This is my third opportunity to drive to Alaska, the second trip for BJ and the Scamp, but the first since we started geocaching. In addition to the default Milepost and Alaskan Camping books, I've spent a lot of time researching interesting geocaches that might take us to places we wouldn't have visited otherwise. 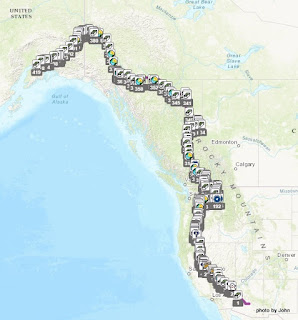 In addition to earthcaches* and virtual caches** that are often at points of interest, challenge caches*** have influenced the northbound planning. For example, there is a small series of challenge caches about 50 miles south of Reno. Since we haven't driven north that way, we'll route through Reno this time north to see some different country.

There a series of challenge caches near Redmond, Oregon that caught my eye. One is called the NAFTA Trade Route Challenge. It requires that you be able to chain a series of counties together to reach from the Mexican border to the Canadian border. We're missing just one county to make it work - that's right, we need a cache in Washoe County, Nevada (Reno's county) to complete that challenge. (It's the orange one in the map). 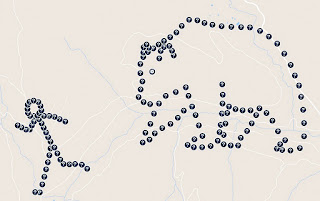 Northwest of Kelowna, BC, some geoart caught my eye. The grizzly bear is created from 100 challenge caches but there are some that we'll likely never meet the requirements. Ahead of the bear is another geoart called Run Cacher Run, created from 45 puzzle caches. 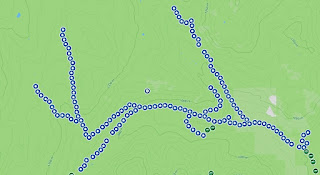 I've solved all the puzzles for both the bear and the cacher. The actual locations follow along logging roads outside of Kelowna. We'll spend a day or two cherry picking some of the challenge caches and hopefully complete the RCR art before continuing north. 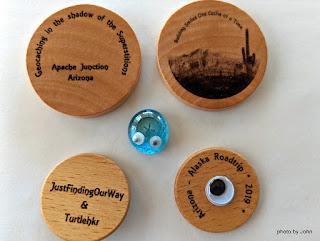 In addition to all the route planning, we've been busy creating some custom swag to leave along the way. 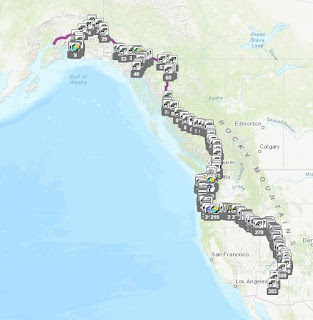 The southbound proposed routing ignores challenge caches, instead concentrating on coastal views in a few places, more family and friend locations, and a bit of wandering to visit counties that we've rushed through before. 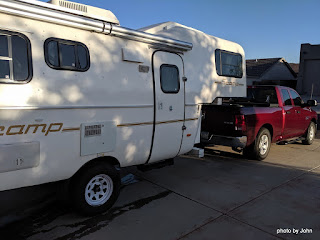 Unlike last time, I don't expect to be as prolific with blog posts, but hope we'll get one posted at least once or twice a week. We've got air in the tires, groceries in the fridge, and water in the tanks. I guess that means we're ready to go.

* An EarthCache provides an earth science lesson through a visit to a unique geological feature.
** A Virtual Cache involves gathering information at the site instead of finding a hidden container.
*** A Challenge Cache requires seekers to find an associated physical cache, and to find an additional set of geocaches as defined by the challenge owner. Challenge caches encourage geocachers to set and achieve fun goals.
Posted by Just Finding Our Way at 2:30 PM