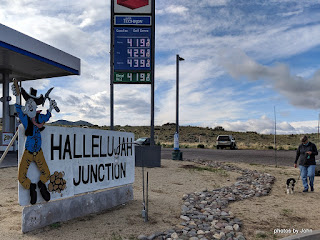 We were thankful that we didn't have to buy gas as we cut the corner of California on our way from BorderTown to Oregon! 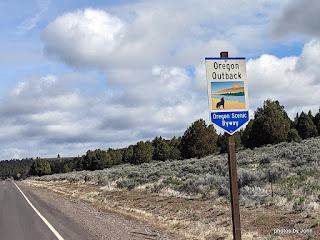 We elected to drive a section of highway that we'd not traveled before. The Oregon Outback Scenic Byway lived up to its name. 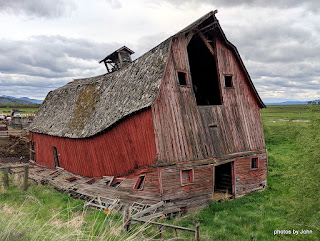 A couple places along the way we noted building that had outlived their usefulness, but were still photogenic. 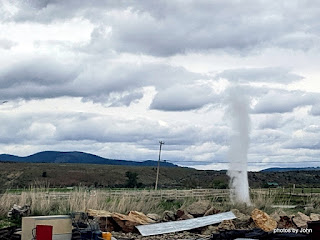 We stopped in Lakeview, Oregon to observe their geyser. It wasn't the most tourist friendly stop, but it was interesting to observe. 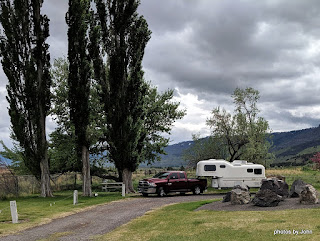 We overnighted at a rest area in Summer Lake. This one was wonderful - just small enough that semis didn't have enough room to maneuver. There was another family there when we pulled in but they continued on down the road and we had the whole place to ourselves that night. 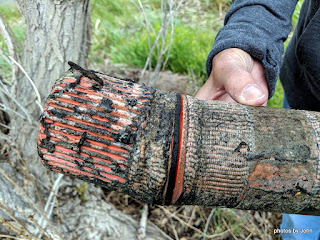 BJ noted there was a cache nearby so we had to check it out. Unfortunately, there had been a brush fire and the container had melted enough that it couldn't be unscrewed. I tried to contact the cache owner to see if he wanted me to place a temporary log but never got a response. 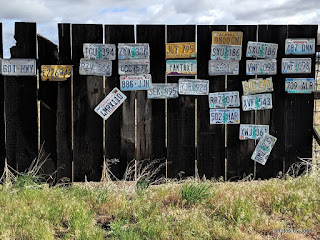 The next morning, we added an old personalized plate to the collection of license plates at another cache location. 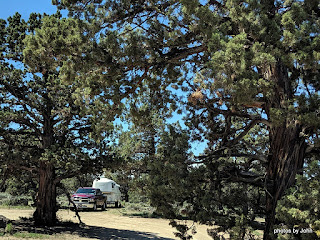 We found a spot on BLM land near Redmond that we claimed for a couple days while doing a couple separate series of caches (including the NAFTA Challenge Cache that I mentioned in a previous post,) and visiting one of BJ's hiking friends. 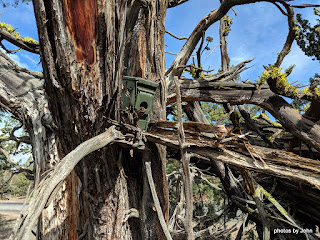 This is the first place I've ever found a ammo can geocache in a tree. I've often found other containers, but never an ammo can in a tree. Clearly, we've left the desert behind. 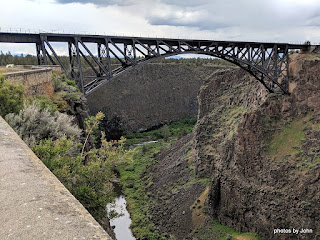 We made some observations at the Crooked River Gorge while we were in the area, 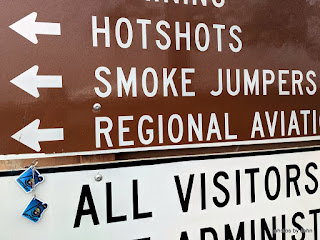 and took advantage of a sign at the airport. I've been carrying a Smokey Bear 75th Birthday trackable to Alaska and then we picked up a second one in a cache in California, so we've been looking for Forest Service signs to document their travel. This one seemed especially appropriate!