The Costs of Being Cheap 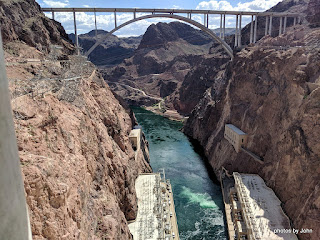 We headed out of town about 8 a.m. with our route heading us north and west. We stopped for a bit at Hoover Dam to fulfill the requirement for a virtual cache with an interesting story. The story was more interesting that the immediate location of the cache, but I always like walking across the dam and thinking of the times we've launch on river trips below the dam. 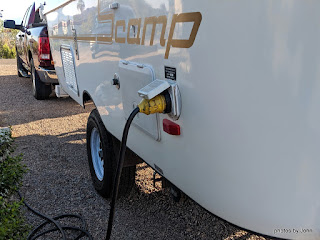 We spent our first night at the RV campground at Lake Mead for the all important hookups. The AC ran all night, but we expect that this time of year. 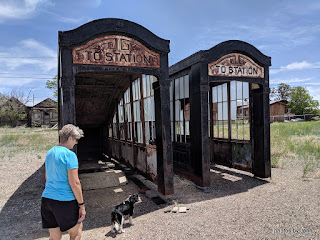 We headed out of Vegas on Highway 95, stopping along the way for views, caches, and exploration. I didn't see any information posted, but it looks to me like the town of Goldfield must have been planning a subway. 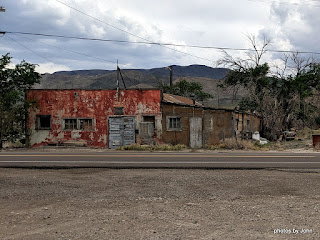 Being a cheapskate and now at a higher elevation for cooler temperatures, I planned to stay at the rest stop in Luning our second night out. 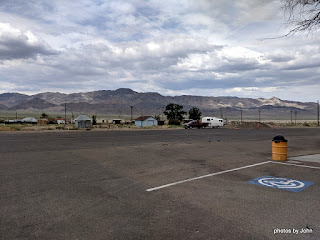 The rest stop is built on the old railroad right of way. We carefully picked a spot next to a pile of gravel thinking it would reduce the number of people parked right next to us, but understanding it could well be an 'earplug night.' 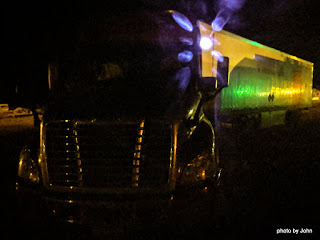 At 4 a.m. I finally had to see what was creating all the racket. A refer rig was parked immediately behind us. :-( 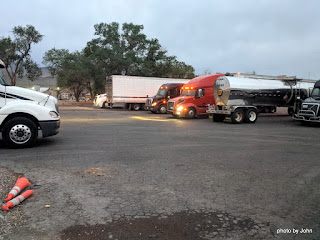 By 5:30, it was light enough to try a picture out the side window. The pile of gravel worked - at least that direction! 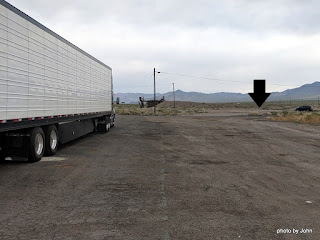 Looks like the place to park for a night's sleep is to the north of the rest area! 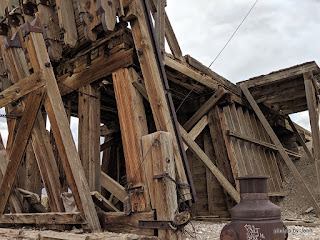 It wasn't all bad. There were two caches within easy walking distance, one of which featured rust and history. 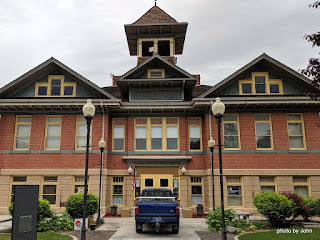 Our route took us through Yerington where we stopped to visit this old school building. I considered parking behind the local, but decided it really didn't look appropriate. 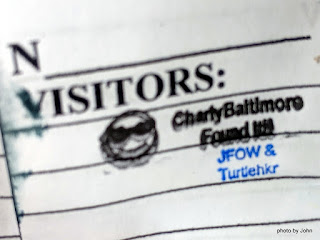 The highlight of our short time in Yerington was doing a Wherigo cache developed by Ranger Fox. While I've never met Ranger Fox, I have used tools he developed to create some Wherigo caches of my own. The really fun part was to see how small the world is - the folks who were the last finders before us, are the ones that gave me the cache containers mentioned in a previous blog post.
Posted by Just Finding Our Way at 2:30 PM