The Southwest Arizona Geocachers put on a big event in Yuma every year. It's grown in size and popularity and now it draws people from around the world. The Yuma area has lots of land available for geocaching (with some restrictions) and a robust group of geocachers which results in a fairly dense population of geocaches.

This is the third year I've attended the Yuma Mega event. 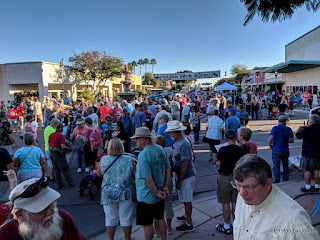 I got the trailer settled in to the RV parking area at the Paradise Casino which is the closest free overnight parking to the event venues. I'd toyed with staying at Mittry Lake again this year but wanted to be closer. With the trailer taken care of, I headed off to the Old Town area for the first event. 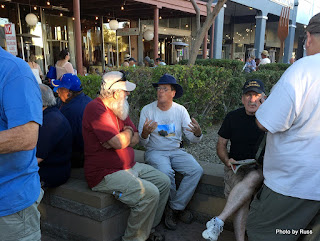 I knew some friends were attending, but based on the size I doubted I would run into them. Turns out I crossed paths with lots more people than I anticipated, including a great conversation with our local reviewer. 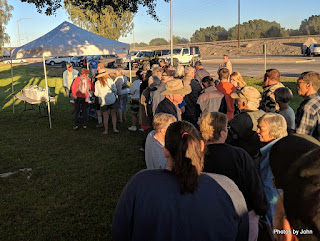 Once again, I teamed up with a friend to tackle the Yuma Discovery challenge. They had about 20 locations and/or caches this year that had to be located in order to claim a geocoin. The minute I saw the list I realized Mittry Lake would have been a good location for the trailer! Nearly half of the caches were on that side of town with seven of them surrounding the lake itself! 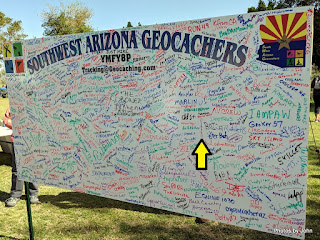 The sign-in board for the main event was quickly filled. I found a spot to sign it vertically. 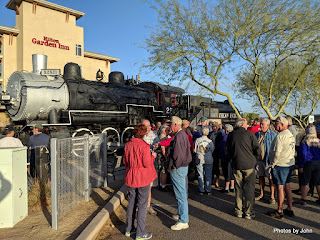 On Monday, there were a couple more events but I only stuck around for the first one before finally heading for home. 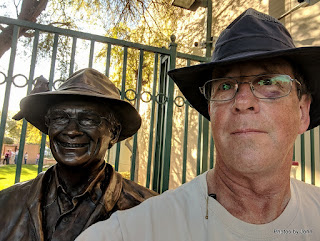 The highlight for me was a new virtual cache. Turns out, I was a pretty good match for the statue, except that my black eye looked better! 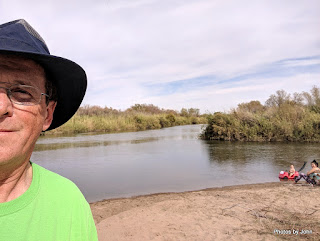 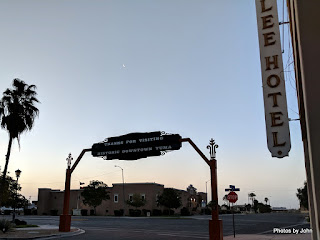 As busy as my time was in Yuma, I did find the town essentially deserted if you started as the sun was coming up. Managed to visit three caches that were supposed to be especially good, without any muggles to question what was happening.