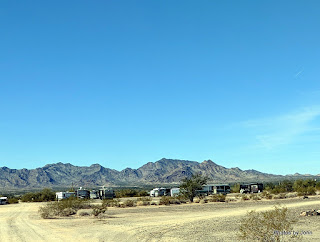 I moved the trailer from Roadrunner to Dome Rock on Saturday in preparation for the Fiberglass Gathering that would officially start the following Friday. There were over 40 eggs already settled in when I arrived. 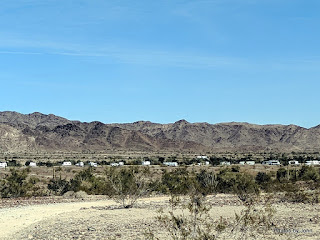 The area where we normally center the gathering was still filled with sunblockers so the majority of the folks picked out places on the upper level which didn't look like the upper level when photographed from the back side. 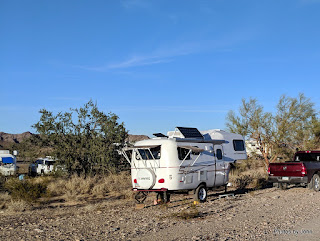 I got all settled in and squared away in preparation for BJ and Turk's return. 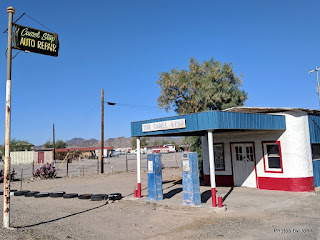 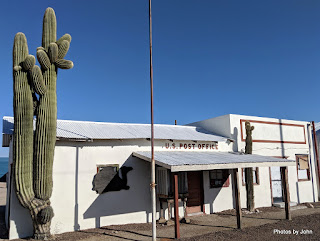 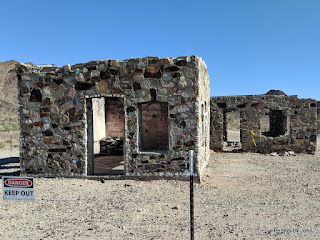 but that's really not true. Some of the buildings are falling down. One of these buildings had a roof on it when I blogged about it a couple years ago. Now some walls have fallen and both buildings are fenced off. 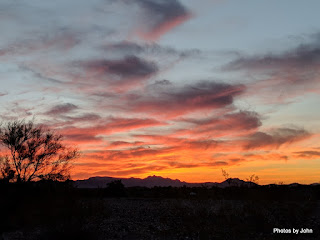 The sunsets can be good, but the sunrises are better as you look across the wide valley. 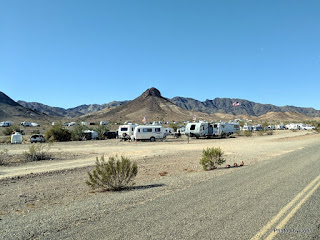 Without a drone, there isn't a viewpoint where you can get a view of the whole group. When this picture was taken, BJ and I walked around the area and counted 99 fiberglass trailers, excluding the four other stick-built trailers that joined the group. 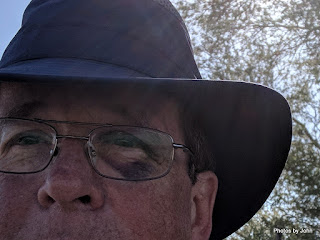 Meanwhile, the black eye is getting better. It's too long a story, but it's the Scamp's fault.

It's been fun touching base with lots of friends. Next stop is Yuma for a major geocaching event.