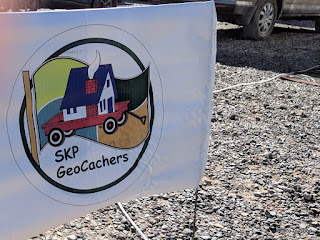 Once the 'Big Tent' show was over, it was time to gather with other members of the Escapees RV Club's Geocaching Birds of a Feather group. Escapees are known as SKP to those in the know. We've enjoyed their hospitality in their parks in the northwest as well as the Geocaching BOF. 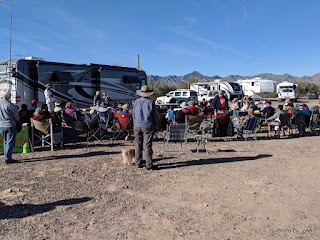 There were 49 rigs with 87 individuals registered for the four day rally. The group varied from people with years of experience and thousands of caches found to people who had just heard of geocaching and got their first finds during the week. We'd talk about geocaching tips, tricks, and techniques in the morning and go geocaching in the afternoons. 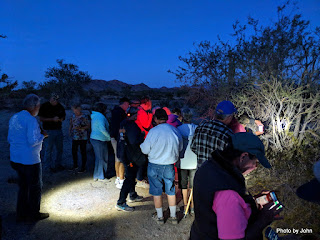 A couple dozen of us went out for a night cache which might have been easier if we'd waiting until it was darker. 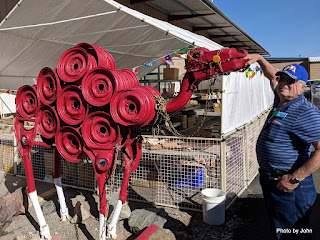 They also had prepared a tour around town that required finding unique things or places such as this pink camel. 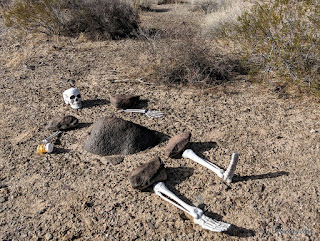 You never know what you're going to find out in the desert. Must have forgotten to take some water on his hike. 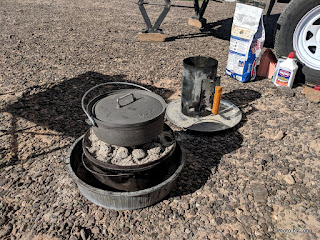 Last year I was caught a bit unprepared so I made up for it this year and fixed two dishes for the potluck. 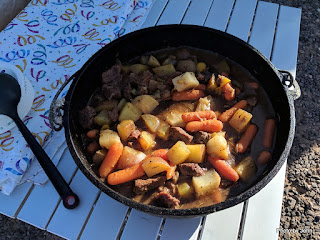 I managed the contents and the timing pretty well. The beef stew looked good, 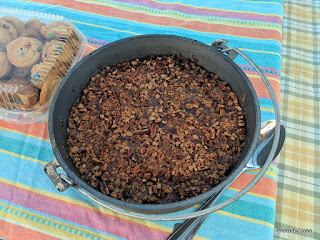 as did the apple crisp. 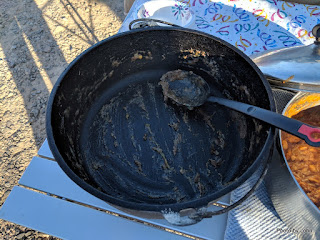 I didn't get a picture of the 'after' version of the apple crisp, but that pot looked the same as the beef stew pot. Apparently I won't have to think about what to fix next year - more of the same. 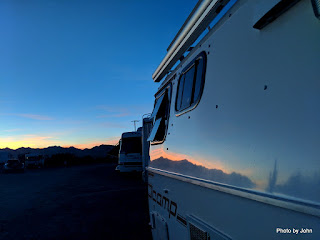 After four days with the SKP folks, the sun set on the geocaching rally and it was time to move again, to yet another Quartzsite location.