Seen along the way 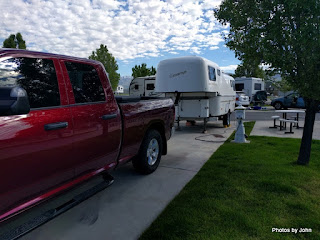 The other reason to transit Utah was that it's an essentially straight line to Helena, Montana but you'll have to wait for that! Our last Utah location was the Pony Express RV Resort in North Salt Lake where we stayed one night. Very nice place if your taste runs to having a golf cart show you to your site and explain how to hook up to the cute little white lighthouses - and you don't mind the freeway noise. 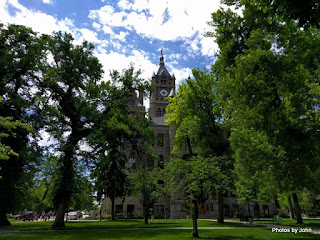 We'd positioned there to be able to do some of the abundance of virtual caches in the city. Turned out, we'd had more than enough and spent some of the day just relaxing. Should have contacted friends in the area, but we remained incognito. 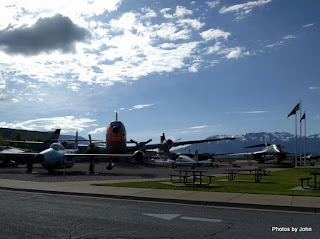 On the way out of town we cruised by the Hill Air Force Base museum, which clearly deserves a dedicated visit instead of the low pass that we did. 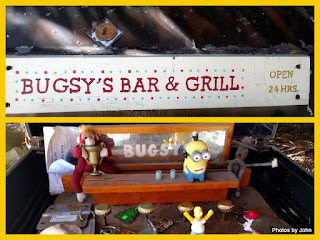 We went out of our way to visit a couple highly favorited Travel Bug hotels. This one, north of Salt Lake was in two parts, but I was especially enamored by the Bar & Grill which leveraged an old gas BBQ grill to house the 'bar.' 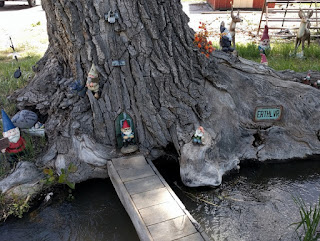 The one that we visited in Idaho was only a few miles from where we'd considered Wallydocking, but after visiting the gnomes, 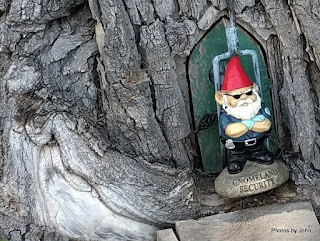 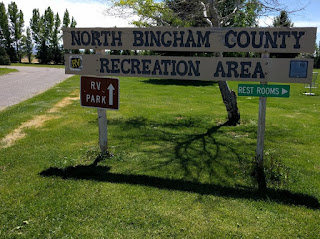 We toyed with overnighting in Idaho Falls, but didn't want a repeat of last year's stop at their South Tourist Park (read our Campendium review for a hint) so we stopped at the North Bingham County Park in Shelley, Idaho for the evening. 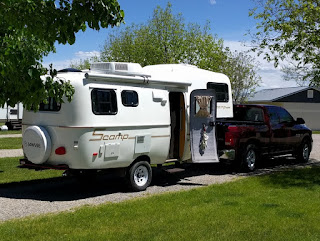 This one was a jewel in our perspective. Very laid back, with $20 W/E sites just far enough off the freeway to avoid any freeway noise. Didn't need the electric for the air conditioner, but it was nice for the electric heater in the morning. 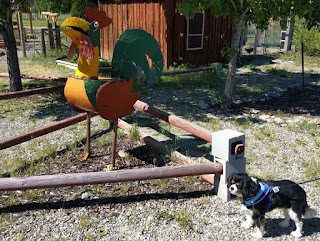 Hidden in behind the RV portion of the park was an experimental farm where they grow really tough chickens, 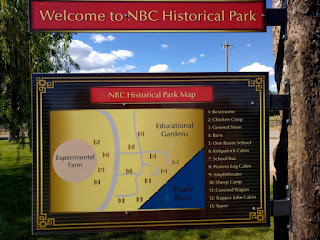 and a historical park where they've moved and restored a few historic building from around the area, including a log cabin and a school house.

All in all, a most excellent stop and definitely on our list of places we'd like to visit again.