We spent two nights at the Lincoln Road RV Park. Lincoln Road was laid out similar to Pony Express in North Salt Lake, but in this case you just drive in and pick whichever open space meets your fancy. Roads and spaces are gravel, but prices are similar.

Next time we may stay further out of town at Devil's Elbow Recreation Area. Sounds like connectivity could be marginal but the setting is beautiful! 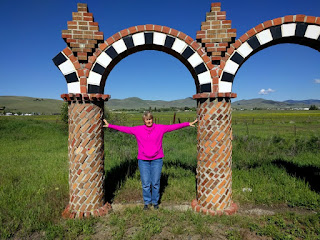 While we were in Helena, we concentrated on geocaches that were part of their GeoTour. We quickly figured out that the outlying caches took a lot more time to get to, but took us to areas that we loved. 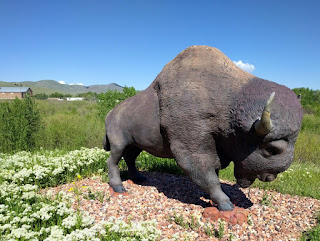 I used a modification of the Geocaching Swiss Army Knife (GSAK) to lay out a route that was supposed to be efficient. Sometimes I wondered, but it was always interesting! 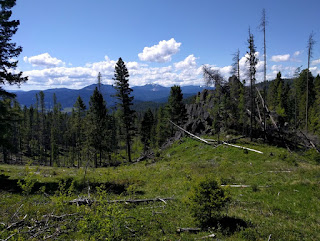 One that I thought we might bypass turned out to be a favorite. It was several miles up a dirt road on the way to the summit of Priest Pass - one of the initial routes over the Continental Divide. Just two weeks previous, there had still be snow obstructing the road and the route to the cache. 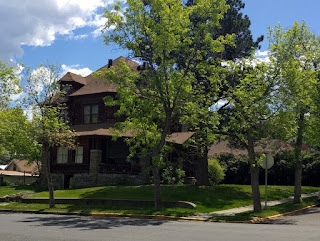 Another of the caches took us through a neighborhood of historic homes. This one wasn't the fanciest nor our favorite - it was just the first one that we commented about. 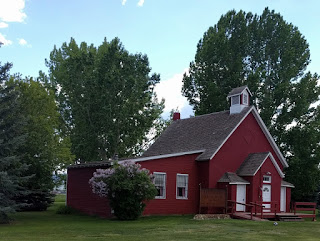 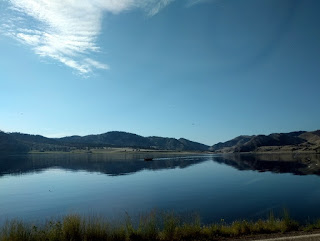 Morning reflections on a lake near Gates of the Mountains - named as such by Lewis & Clark. 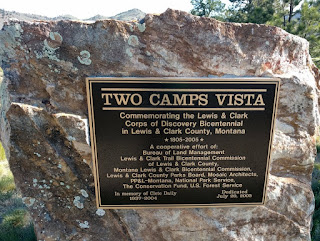 The vista was really neat but I didn't take a picture of it because I was too busy drooling over the placement of the Devil's Elbow Recreation Area below this vista point. 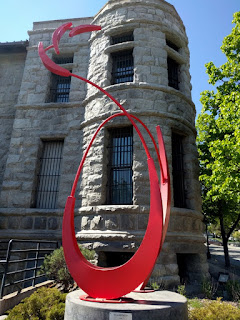 This one is especially for a dear friend who is know to carry a blow-up flamingo with him. This flamingo is positioned outside the Lewis & Clark County Jail which might be appropriate... 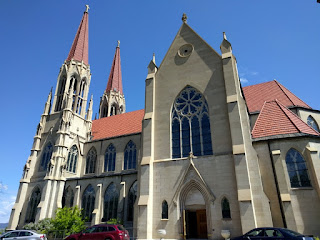 One of the very last caches we did was located near this church. Yes, we did sign the log, but I was tripping over myself looking at the architecture. Beautiful! 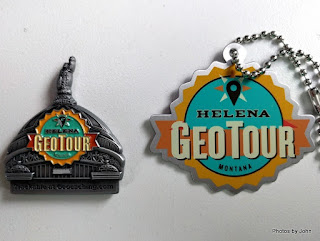 Finding enough of their designated caches resulted in a Helena GeoTour 'coin' and a travel bug. Lots of time and effort for the mementos, but lots of memories and a place we'd like to come back and spend more time.
Posted by Just Finding Our Way at 2:30 PM