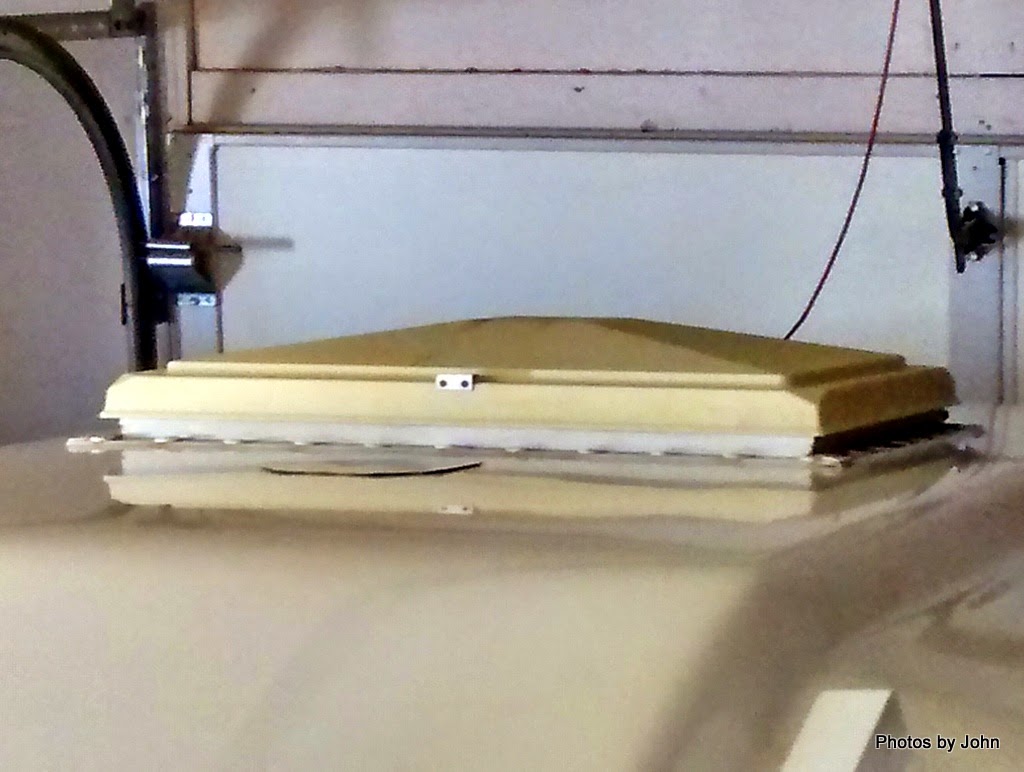 When I waxed the trailer I realized the roof vents were significantly yellowed, even though the trailer lives inside when we're not using it. 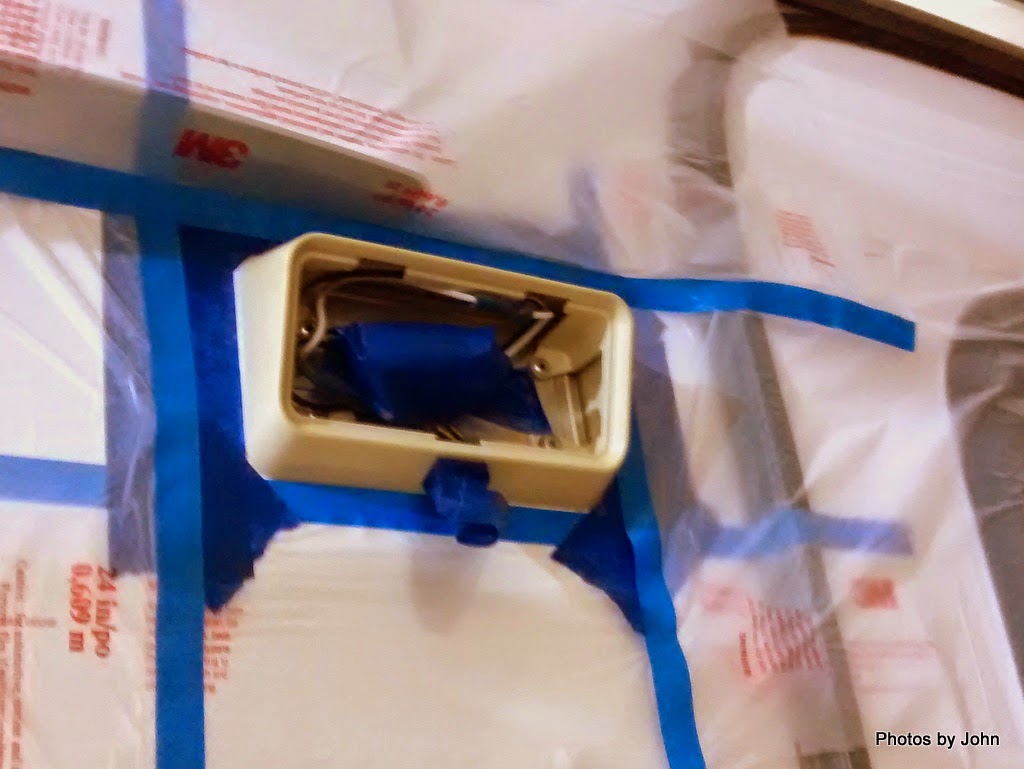 The porch light was especially noticeable next to the new stove vent cover, so I decided it was time to grab a roll of blue tape and some masking materials. The trickiest part was to mask the switch on the light. 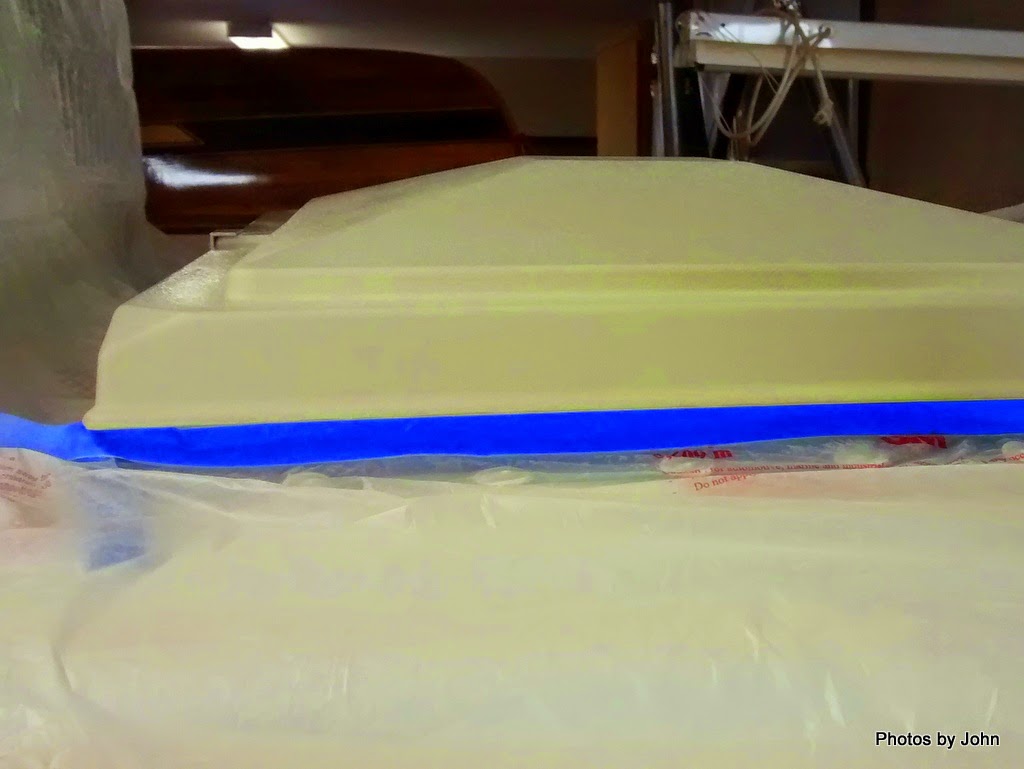 The vents were easier to mask, except on the street side where I didn't have enough space for the taller step ladder between the trailer and the cabinets in the garage. I cheated by being an example of unsafe work practices and stood on the very top of the smaller ladder. Don't tell... 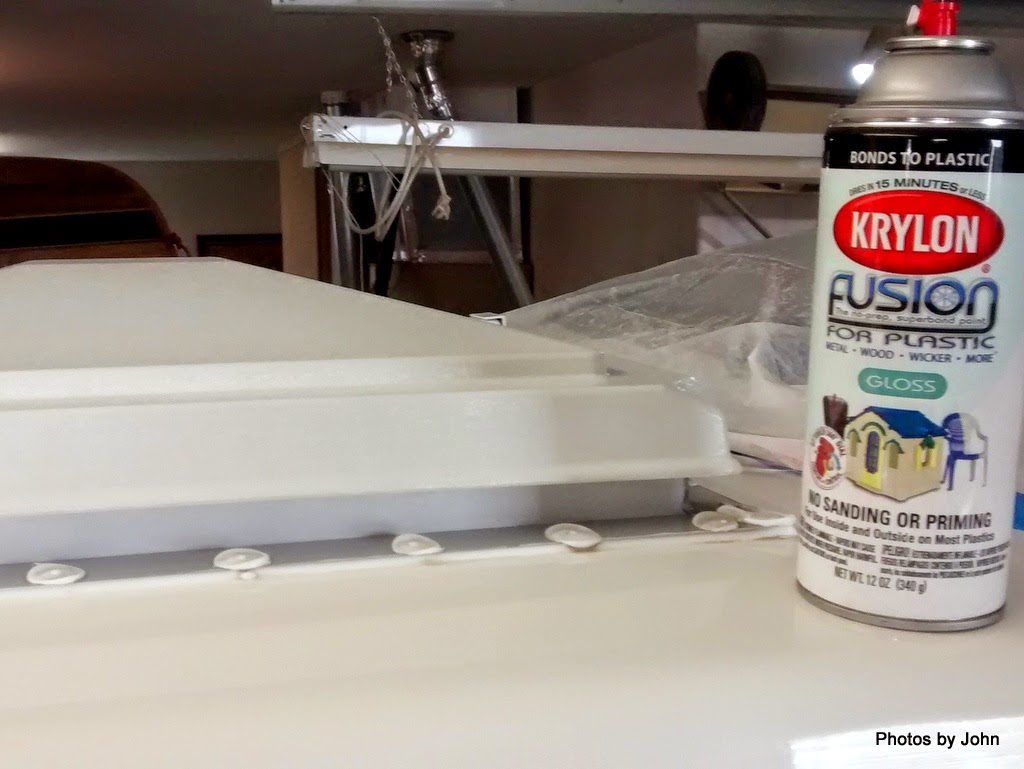 The secret sauce was Krylon's Fusion for Plastic product. It's available in many colors including both "white" and "dover white." I used gloss white which seems to match pretty decent. 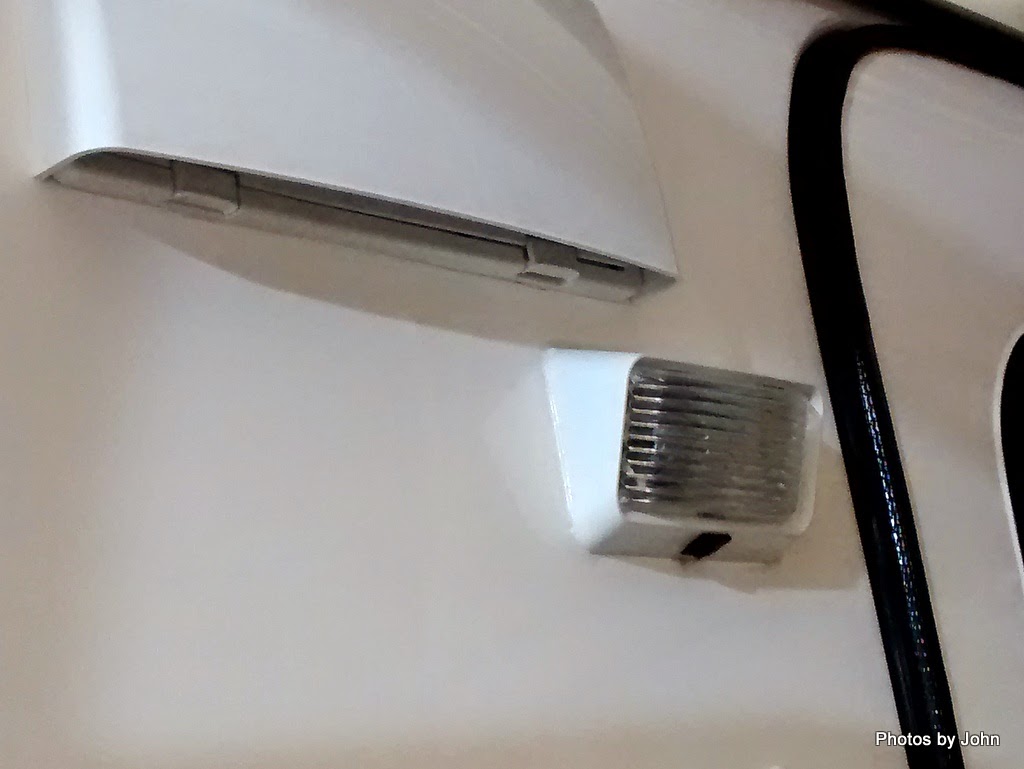 At least the porch light looks much better next to the stove vent. I'm not sure if the paint will protect the plastic from all aging, but it will protect the covers from ultraviolet light which should extend their life significantly.