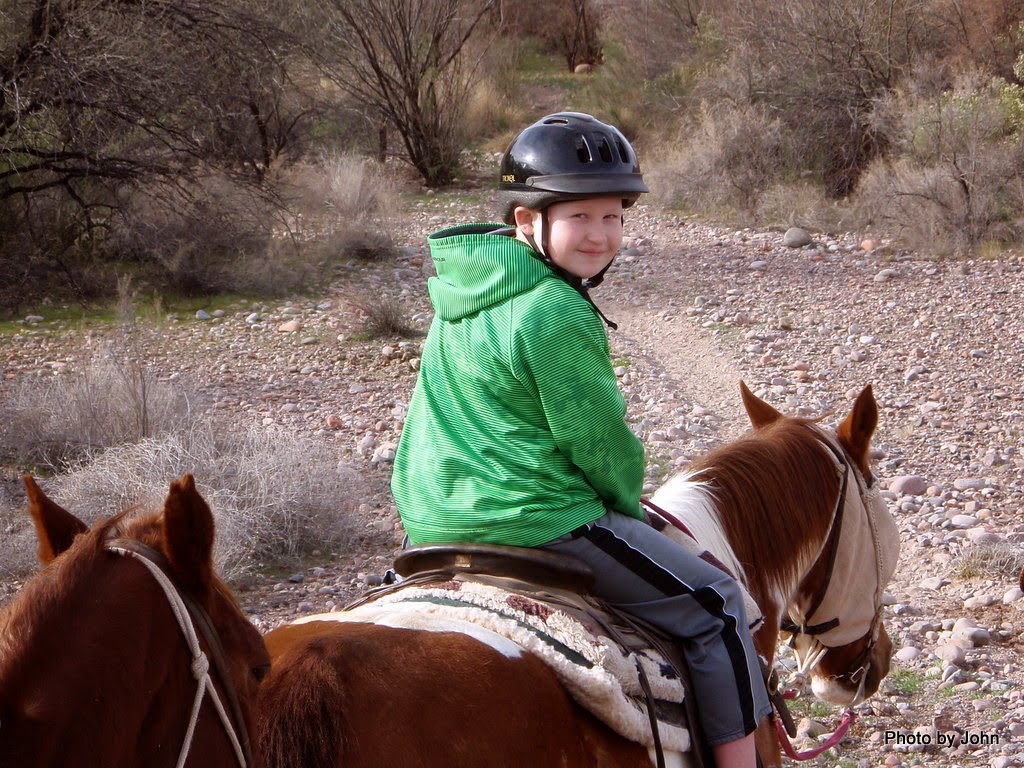 Back in December, BJ and I took a hike to some petroglyphs near the Stewart Mountain Dam. While we were on that hike, we spotted a group of people riding horses on the other side of the river, and commented about it.

With the Alaska contingent in town, a horseback ride was in order. Our daughter took the day off to join us so we had the whole clan except for the son-in-law who was working. 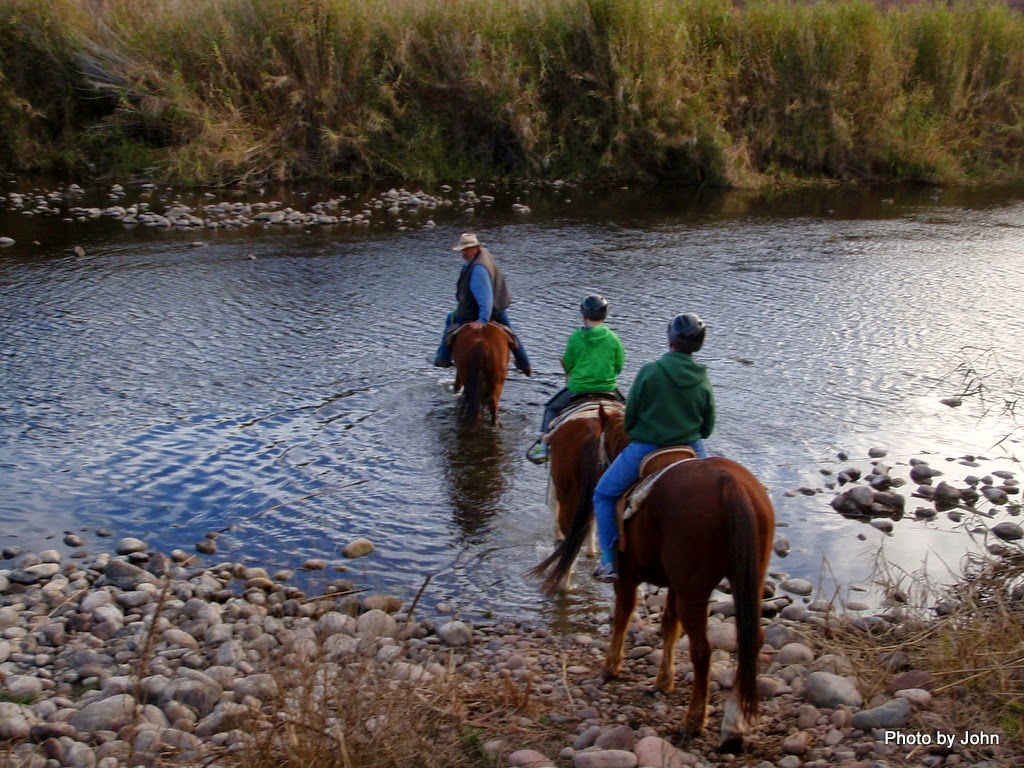 The ride started from the stables at Saguaro Lake Ranch and immediately crossed the Salt River below the dam. 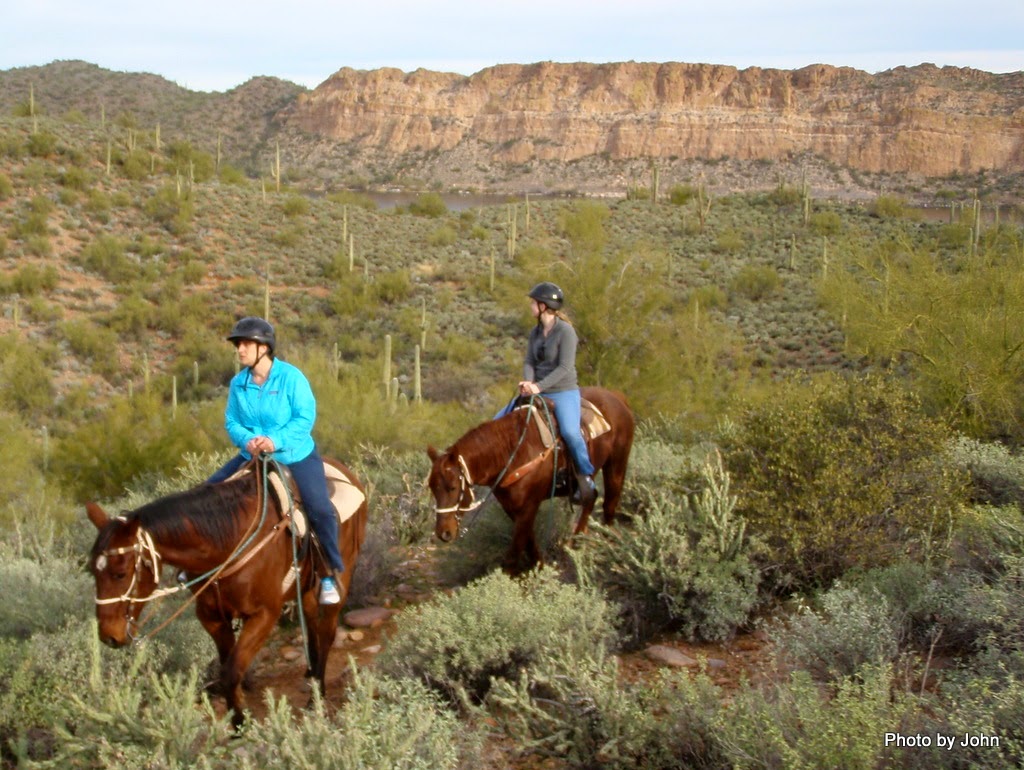 The wrangler put the grandson in line immediately behind him, and our daughter and daughter-in-law in the back. I'm not sure if there was significance to the order. We couldn't decide if he was wanted to separate mother and son or if Carleta's horse was the clean-up hitter. 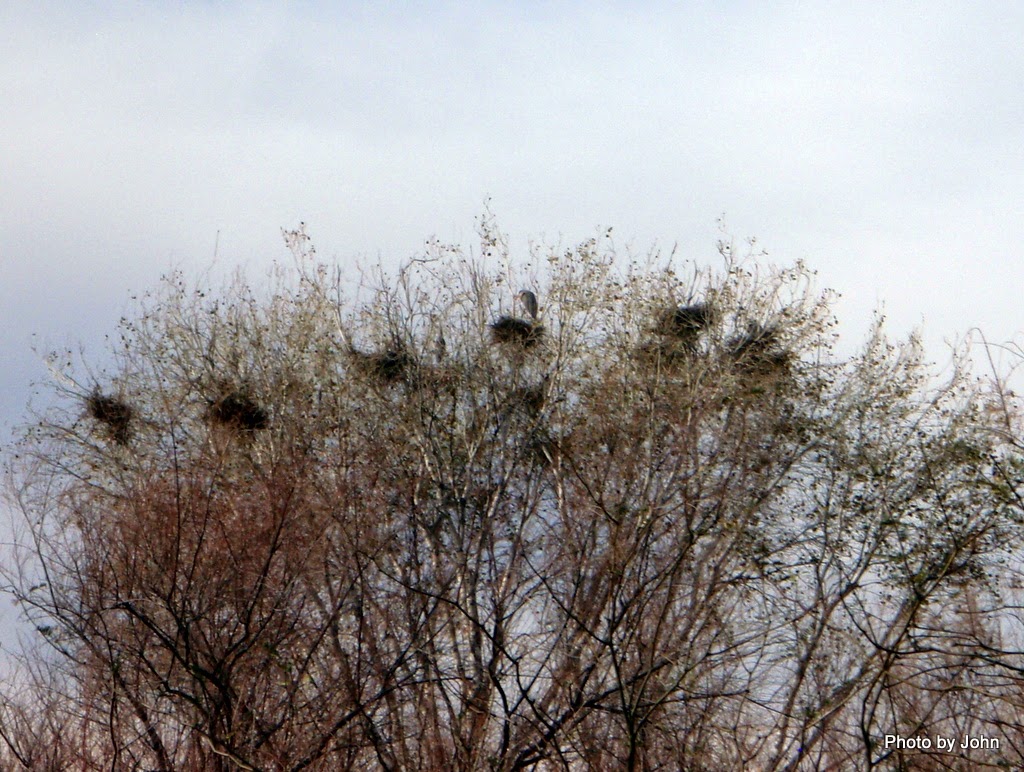 Along the way we saw something I'd never noticed before - a tree full of great blue heron nests. It's a terrible picture, but the nest near the center of the picture has a heron standing on the edge of the nest. 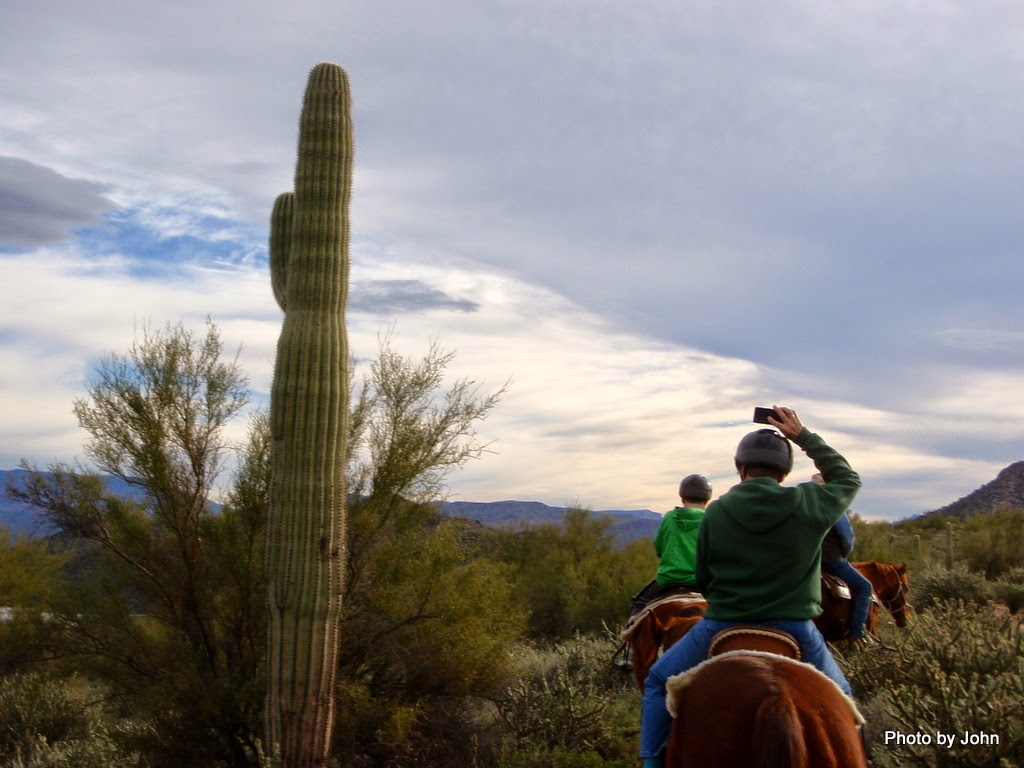 BJ took one of her famous, over the head, behind the back, cell phone pictures 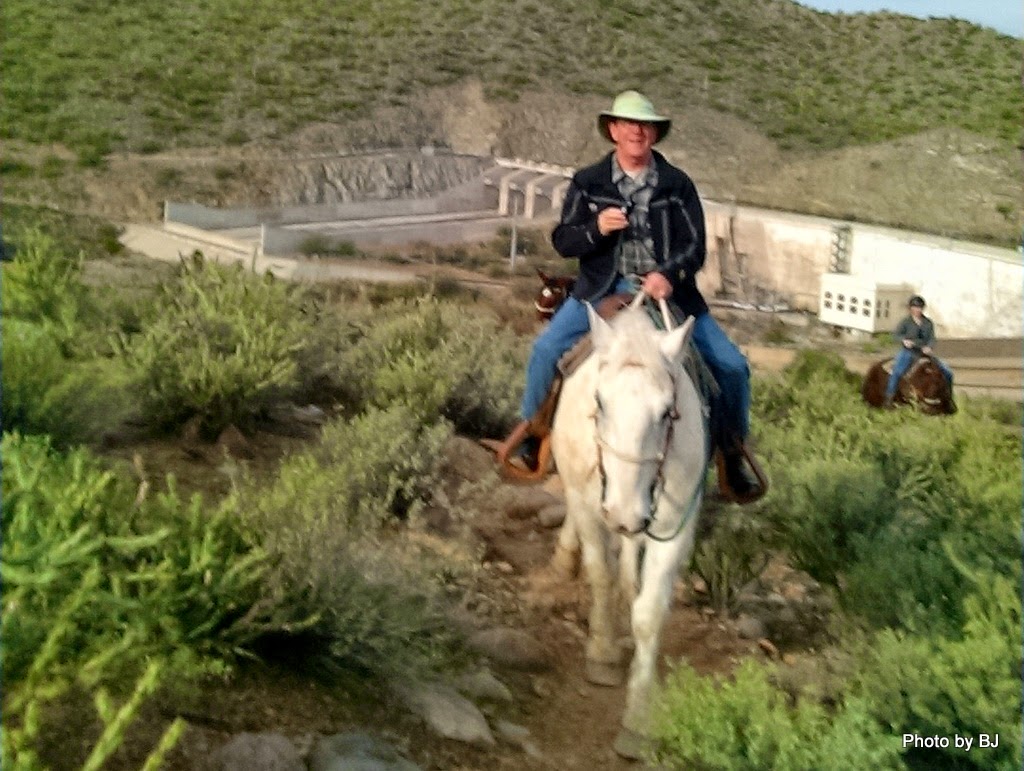 which means I can prove that I was there as well. 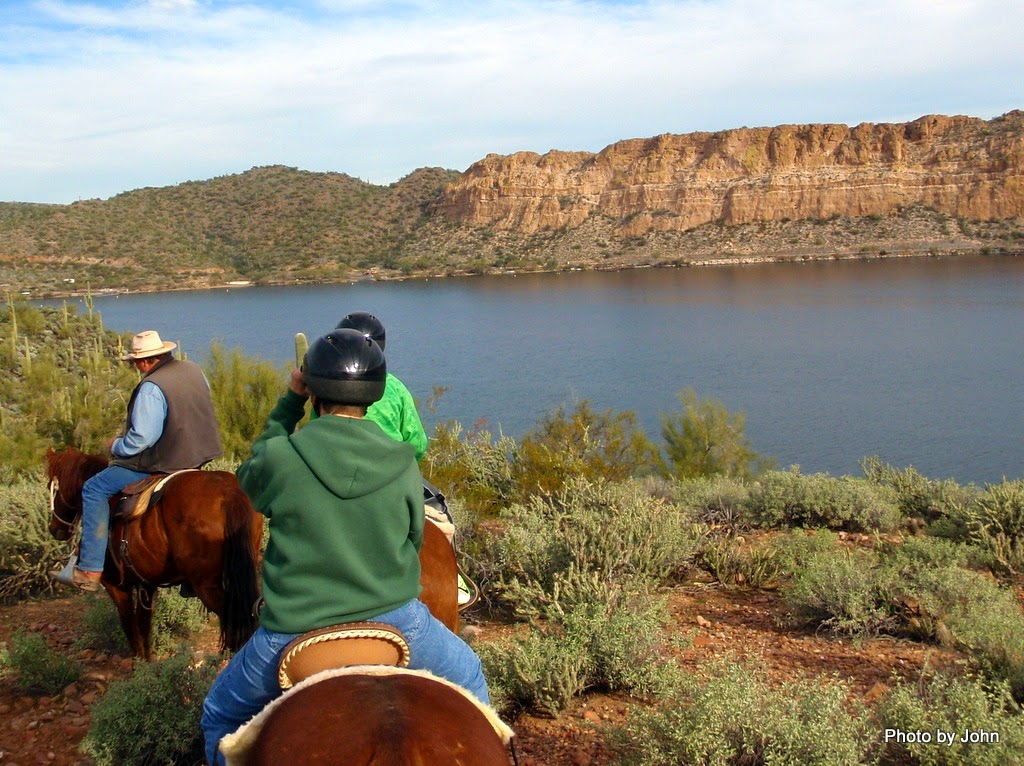 We looped up past the dam and over the ridge to get a view of Saguaro Lake. Only a couple boats on the water today. 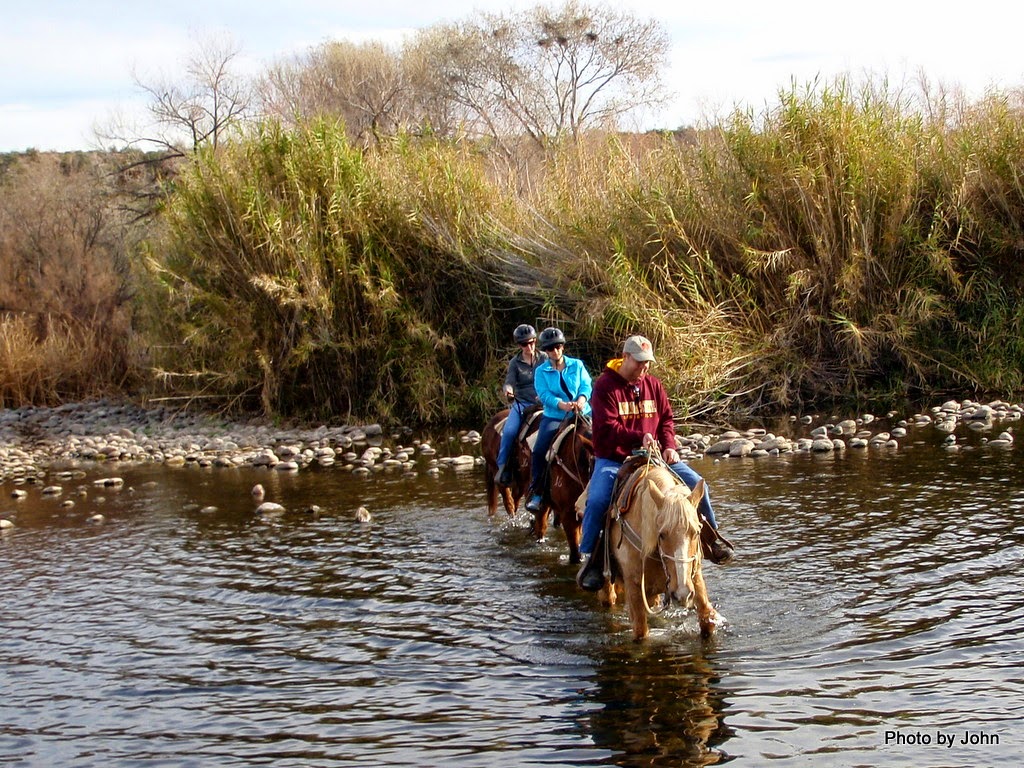 In just an hour we were crossing back over the Salt River to the stables. Not long, but long enough that we all had a bit of a transition back to our own legs. As Spencer put it, "I feel short now."