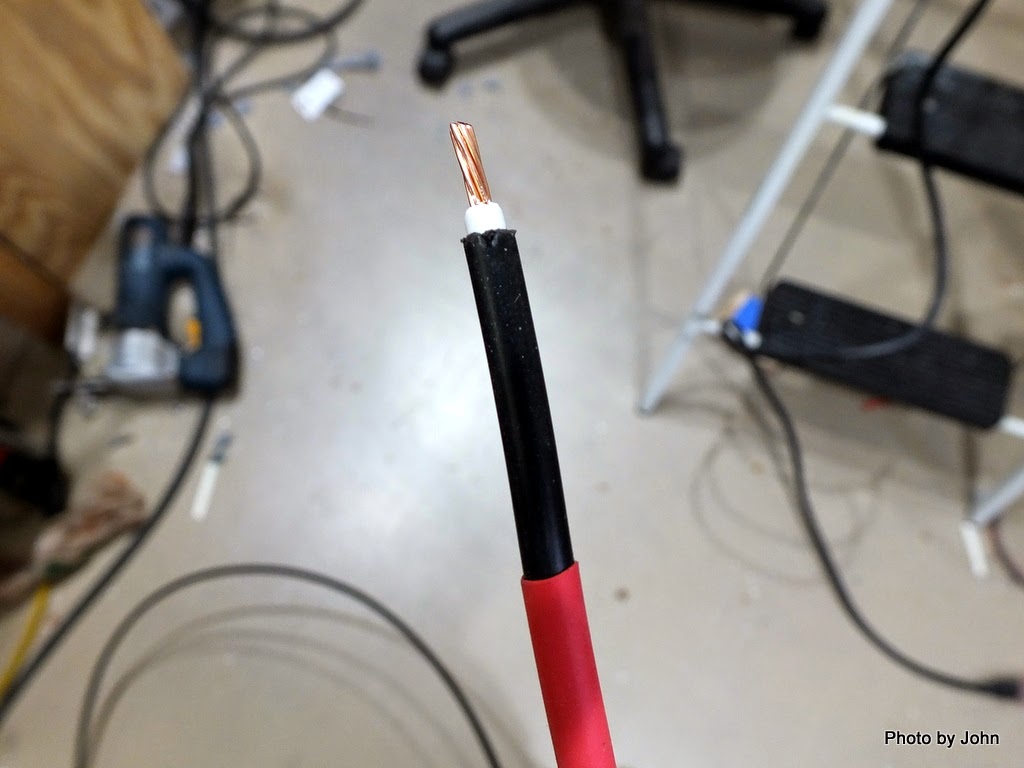 With the sunshine collector mounted on the roof, it was time to run some copper towards the battery. Many systems default to 12 gauge wire from the panels - some even come with the thinner 14 gauge but this is a case where bigger is better. I used 10 gauge to reduce the voltage loss from the panel to the controller. I'd suggest using a voltage drop calculator to determine what size wire to use. 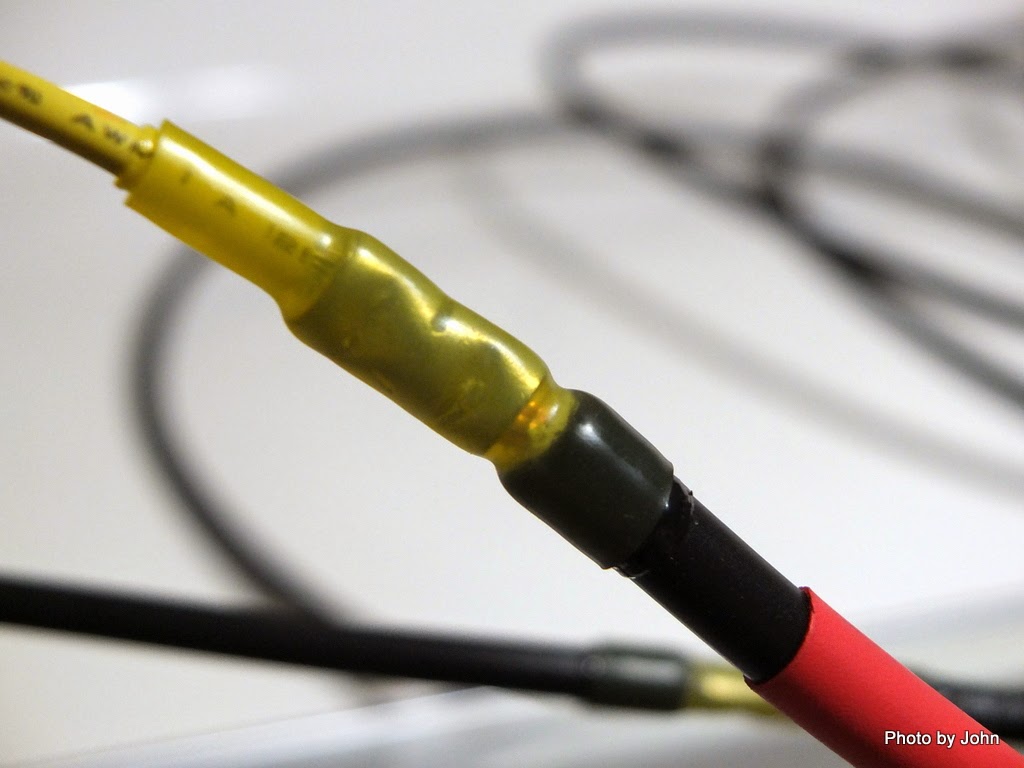 I also elected to replace the default MC4 connectors with sealed, shrink type, crimp connectors to reduce the chance of a high resistance connection.

The red shrink tubing was used on both ends of the positive lead to make it easy to identify. 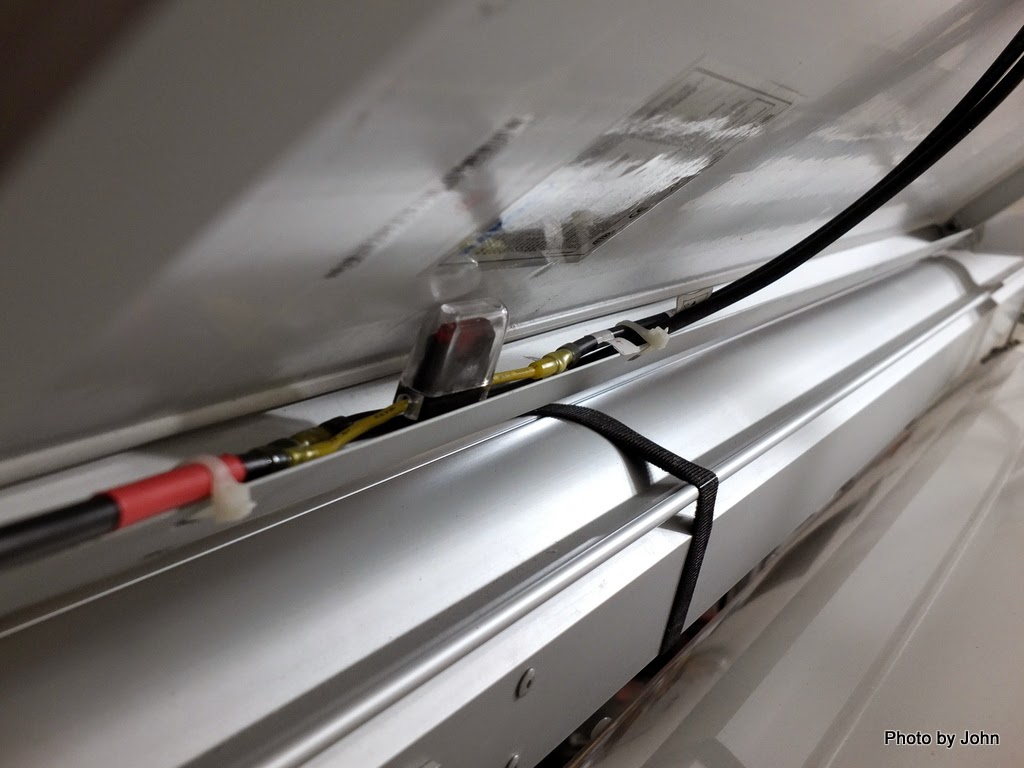 I installed a fuse near the panel, and clamped the cables on each end of the fuse holder so that there was no possibility of tension on the connectors. 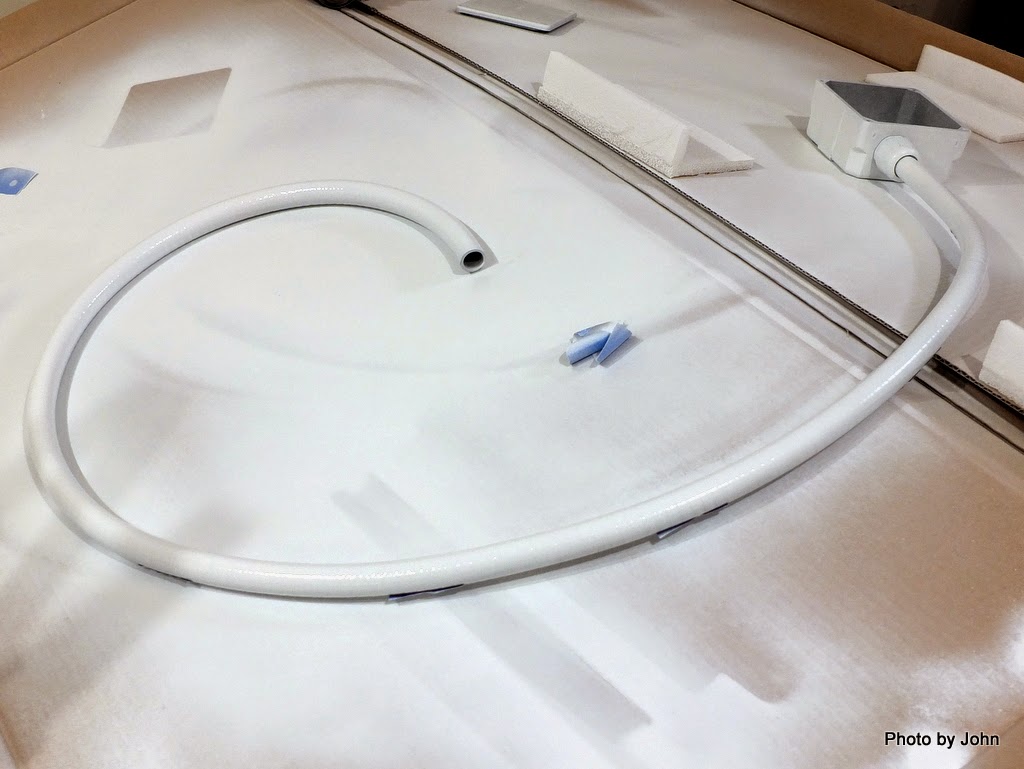 I've seen many installations where the MC4 type cable was run across the roof in the open. It is usually ultra-violet resistant, but I wasn't happy with the idea of black wires running across our white roof so I used plastic flex conduit and a plastic junction box. I used 1/2 inch conduit which very nearly got me in trouble. The cables could barely slip through the adapter between the conduit and the box. Next time 3/4" for me. 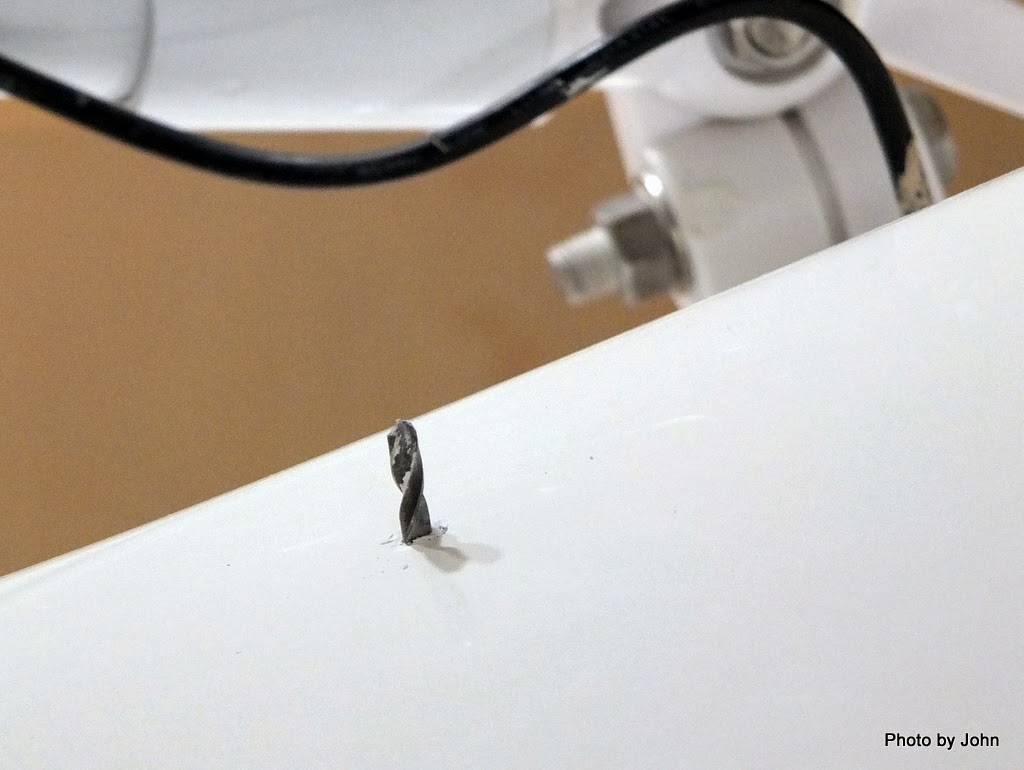 The plan was to drop the cable through the roof into the same closet where I ran the cell phone antenna. The easiest way to locate the right spot was to back drill from the closet. 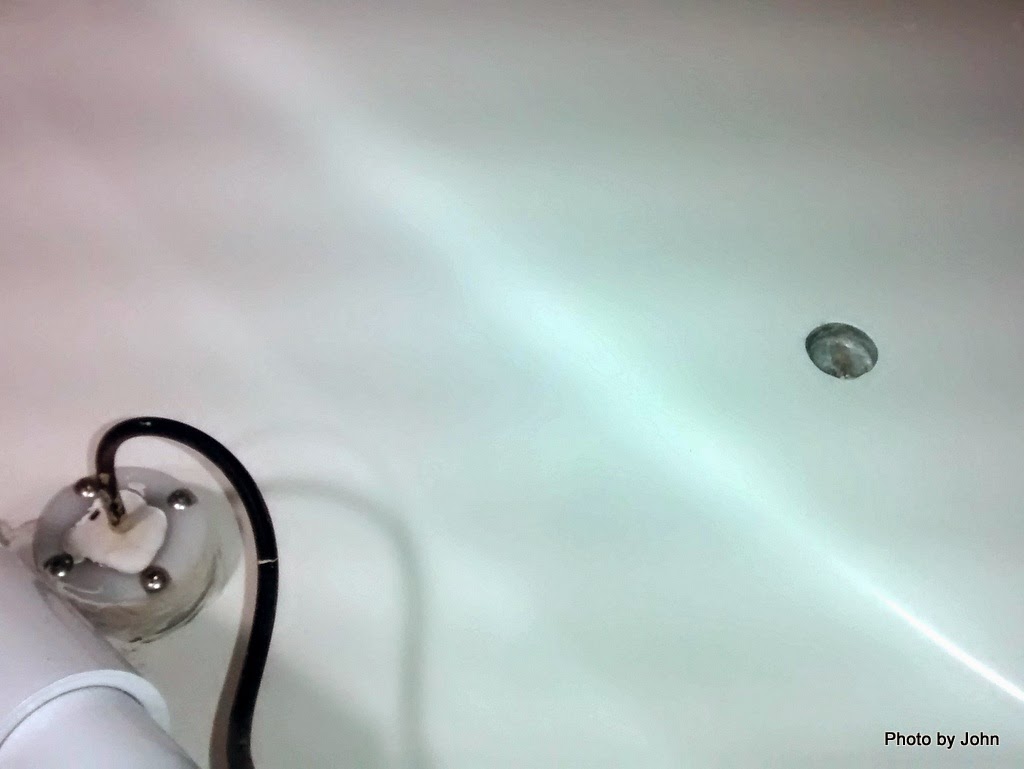 With the spot marked, I drilled out the hole with a 3/4" forstner bit from the top. 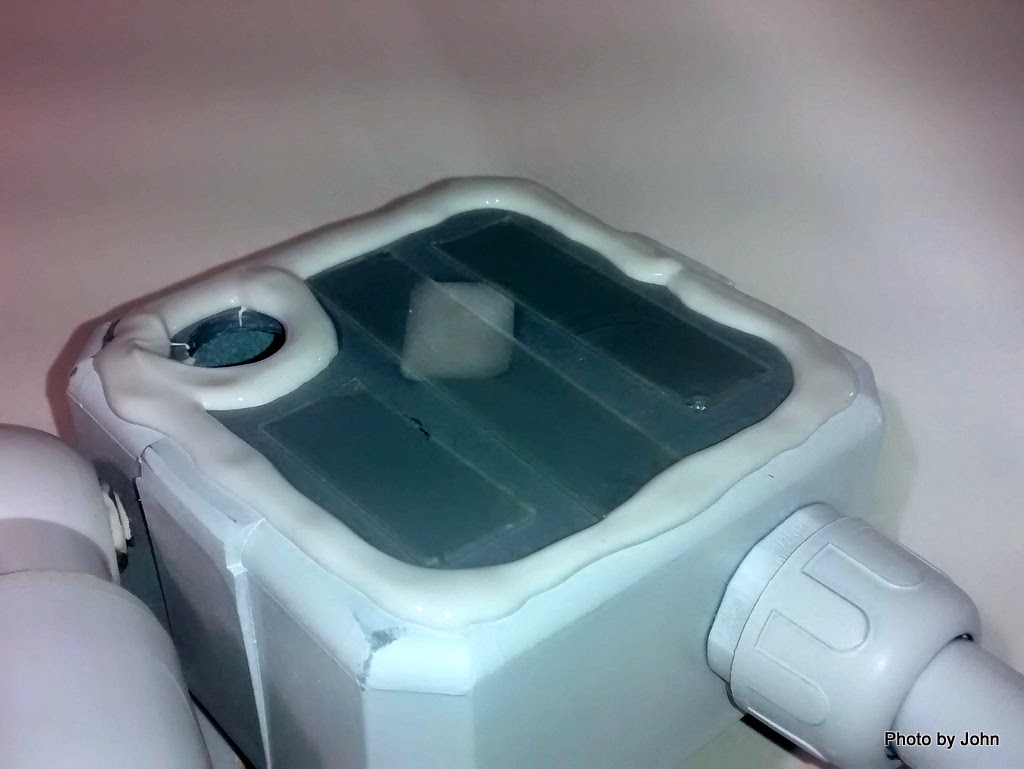 This idea didn't work. I put VHB tape on the junction box to hold it in place AND a bead of 5200 to form the seal. There was enough 5200 that it spread over the VHB so that it wouldn't stick. Next time I'll just use 5200 around the hole in the box and seal the perimeter AFTER I stick the box to the roof. 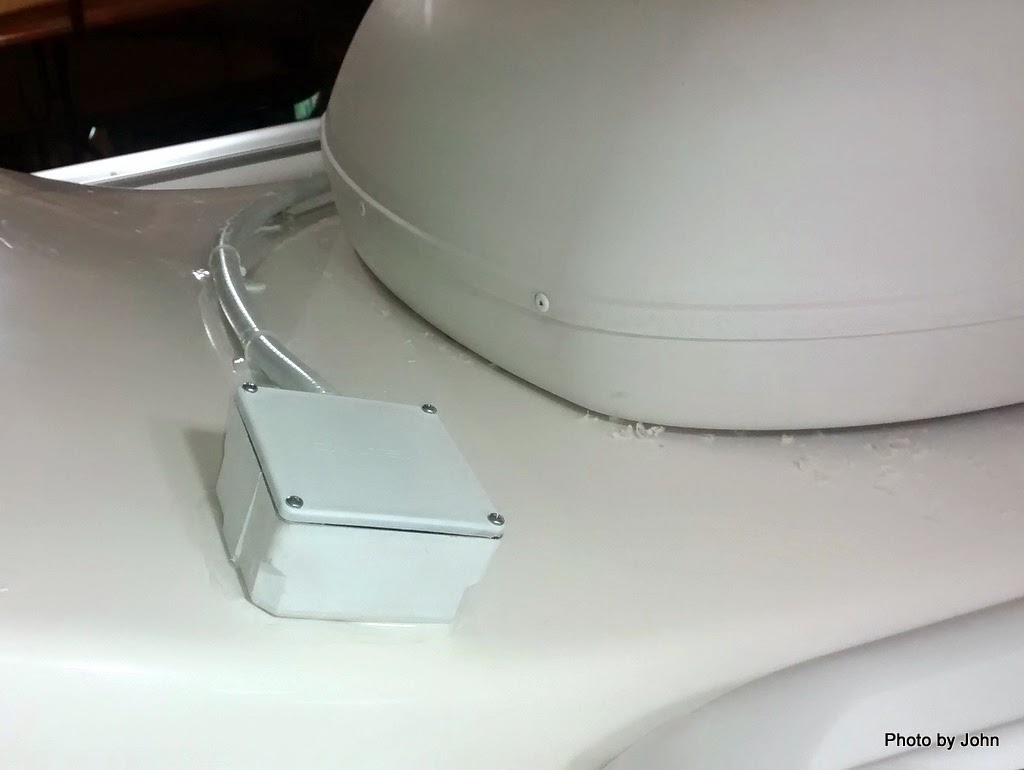 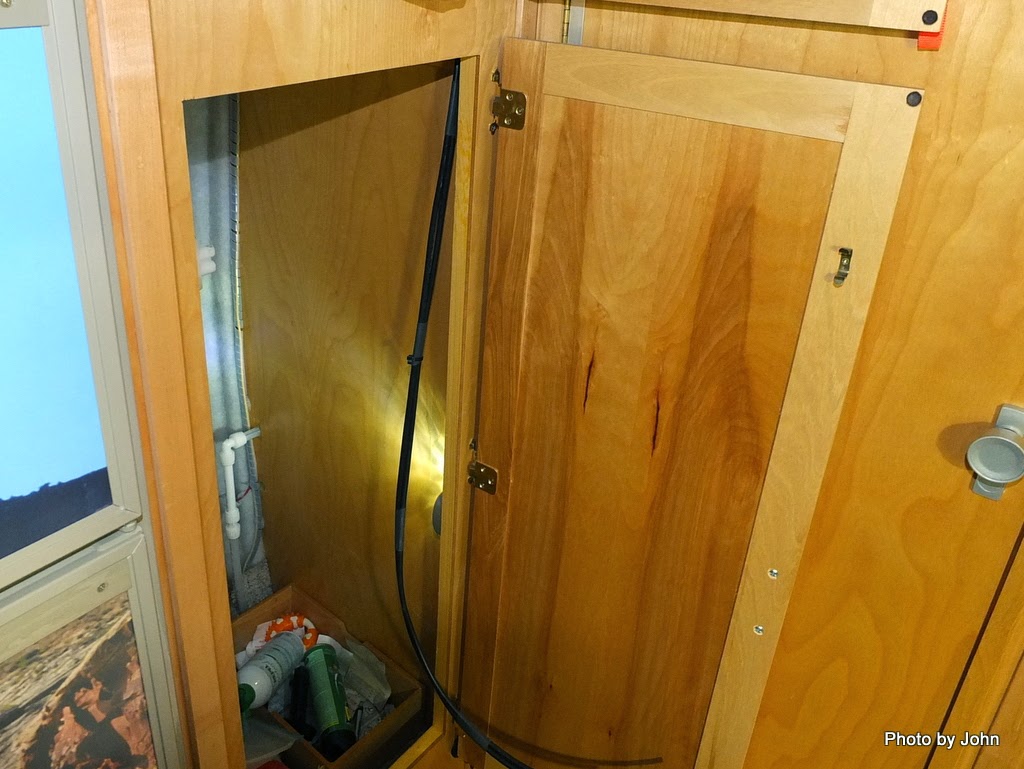 and the controller was mounted to the wall in the closet. For now we're using the inexpensive Renogy 30 watt controller but it will be replaced someday with Bogart Engineering's SC-2030 controller. The SC-2030 is adjustable and can be set to voltages recommended by battery manufacturers instead of the significantly lower set points built into most controllers (including the Renogy.) 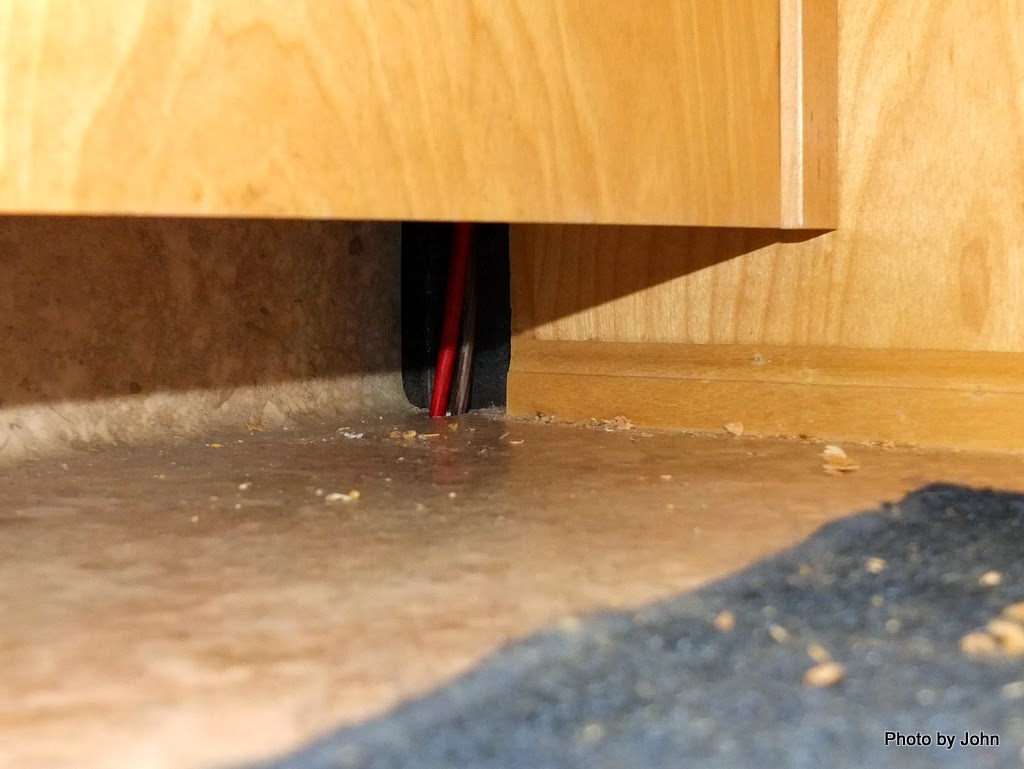 The 8 gauge wires from the controller were routed down through the floor of the closet and the corner of the toe-kick space. I had to reduce the wire count in the cables where they attached to the controller since it was physically limited to 10 gauge wires at the connectors. 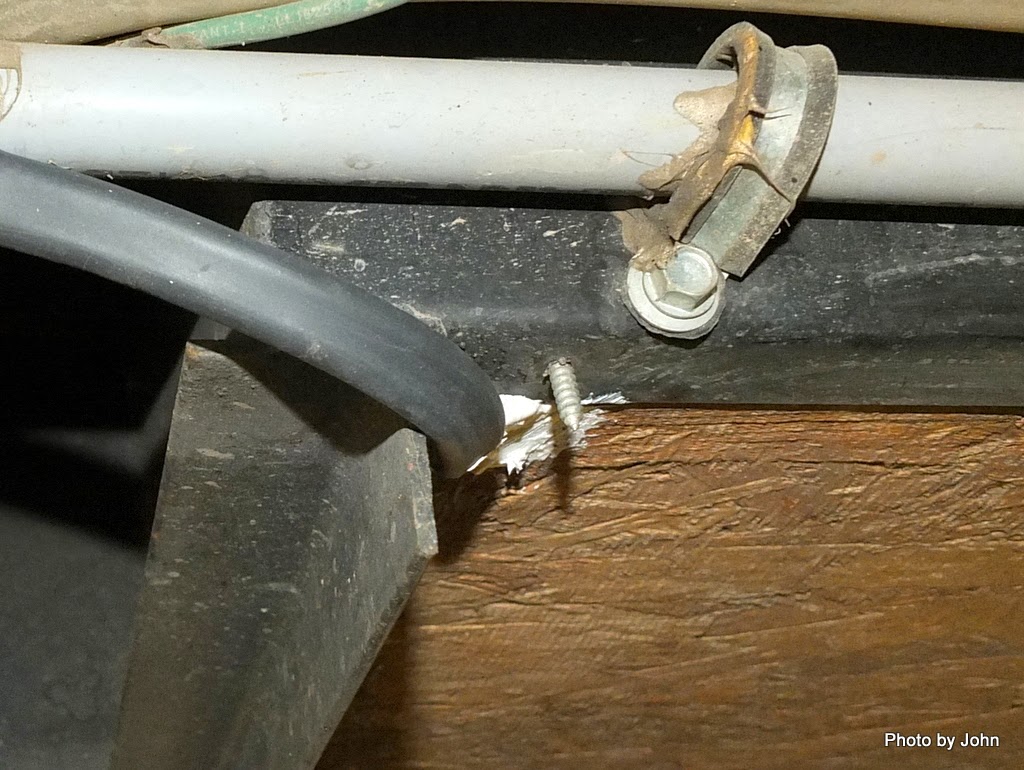 I used shrink tubing for an extra layer of protection in a couple areas and zip tied the wires to the existing bundle every 4 to 6 inches. 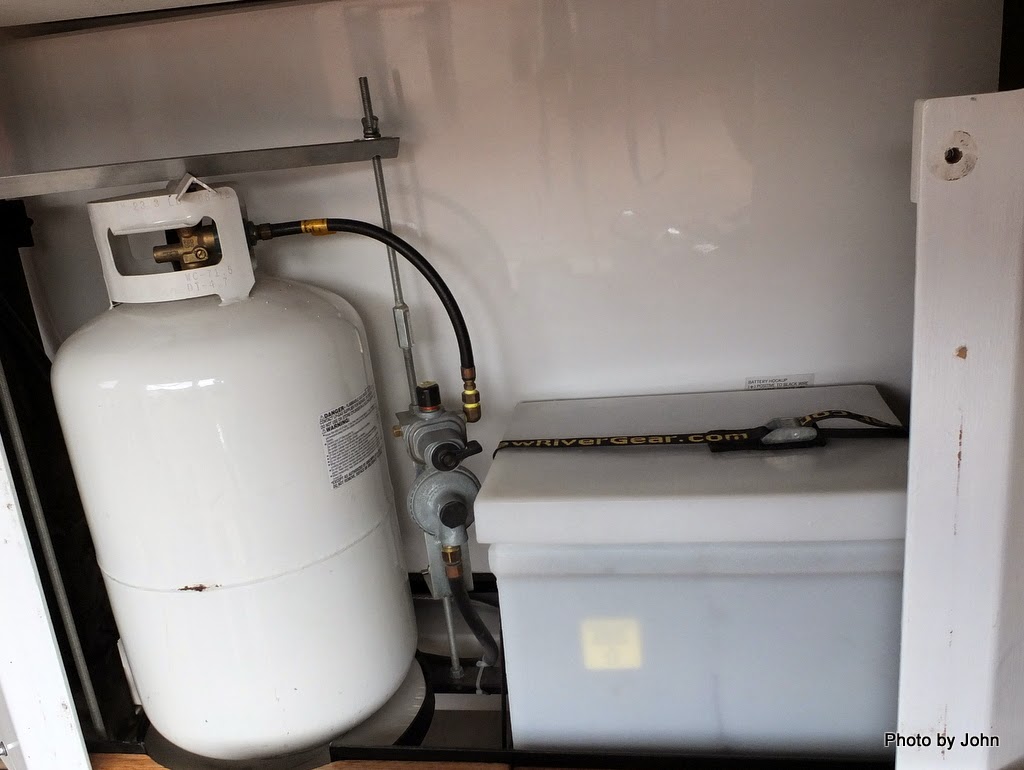 I installed a fuse on the positive lead and then connected both leads from the controller to the battery pack.

The biggest challenge for the wiring was finding connectors locally that could handle the 8 gauge wire.

It's all hooked up, and the controller indicates power from the solar panel when the lights are on in the garage. Next trick is to actually go camping and see how it does. I'm off to Quartzsite for solar testing.