Put it on the Shelf

But first you have to have a shelf. The Wilson Sleek 4G amplifier for the Scamp arrived and needs a home. Since we're slowly turning the top of the cupboard above the closet into an electrical distribution center, it seemed the Sleek and the Novatel 4620 MiFi from Millenicom should be located somewhere nearby but accessible. 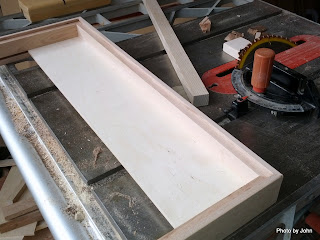 I decided to build a small cantilevered box shelf above the bathroom door. Of course, that meant a trip to the lumber store since I had alder, ash, and oak in stock but no birch. Pieces of 1/4" Baltic birch will form the top and bottom of the shelf. 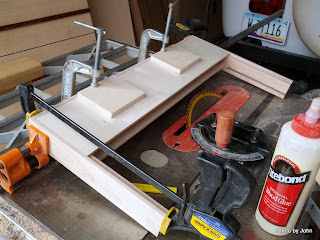 Some glue and clamps and the first phase is done. I left the ends long because they were easier to cut off after the glue dries. 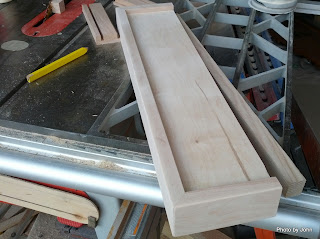 The bottom of the shelf is flush. The top has a lip around the shelf. 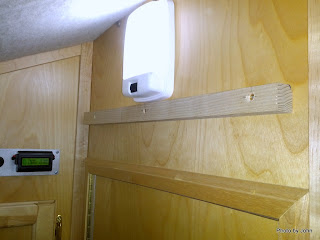 The cleat screws through the wall and into the frame of the bathroom ceiling. The caps were popped off the factory screws and then the back side of the cleat was relieved to clear the original screws. 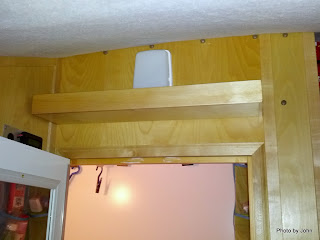 The shelf isn't designed to hold lots of weight. The Sleek and MiFi will go on the left end. The MP3 player will go on the right end, held on the shelf by velcro. Five volt DC for both unit will route from the wall on the left.

The shelf is finished with satin polyurethane.

It was nice to spend some time messing with wood for a change.

Posted by Just Finding Our Way at 6:57 PM