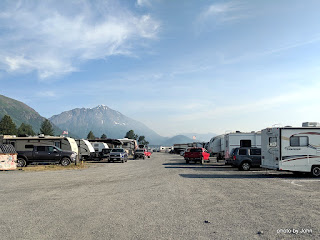 Our home for the week that we were in Seward was the town's Resurrection campground. It's essentially a parking lot, but one row faces the bay, and the price is cheap. 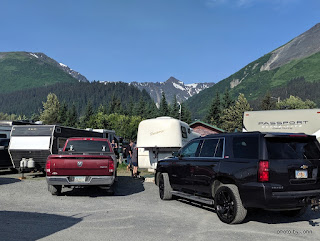 For most of the week that we were there, we had "reserved signs" on either side of us. The neighbors showed up for 3 days over the holiday but had paid for much longer periods just to insure they had a space. Nearly every space in town that had room for an RV had one parked there. 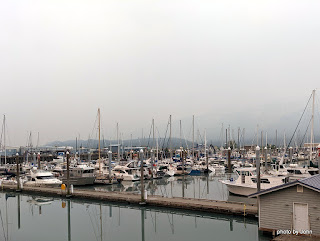 The town has a large marina with a mixture of private pleasure boats, tour boats, and fishing boats - both commercial and charter. 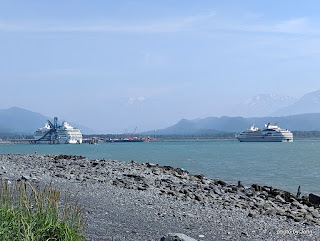 In addition, during the summer, they host a cruise ship nearly every day. 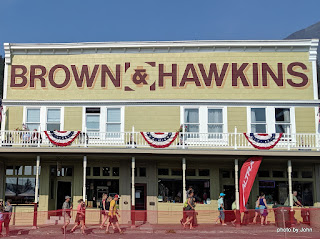 The town has a mixture of architecture including a number of building that are over 100 years old. Brown & Hawkins started as a business buying and storing gold. 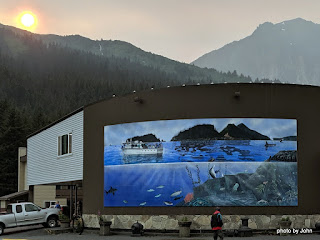 There are a lot of interesting murals in town. There was a document describing some of them but there wasn't any sort of organized tour of them.

The sun was setting but very obscured by smoke from the Swan Lake fire. Some days the wind would blow the smoke out, other days it would blow it in to town. 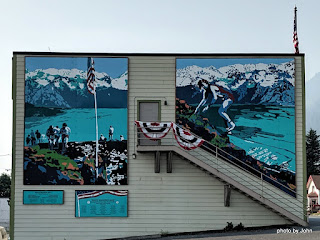 Another mural, this one on the Senior Center celebrating the Mount Marathon race. 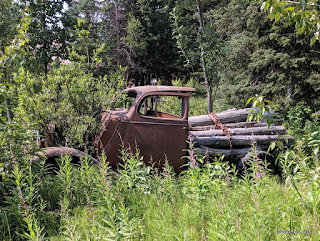 As usual, there was unusual rust to be found. 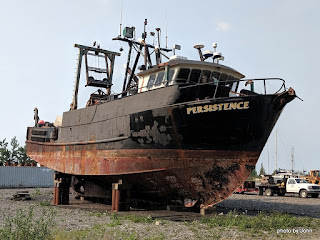 One morning we drove around to the other side of Resurrection Bay to the town's shipyard where a number of boats were "on the hard." I liked the name of this one. 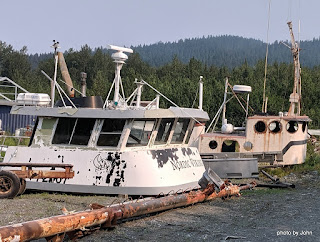 The collection of used pilot houses caught my eye, 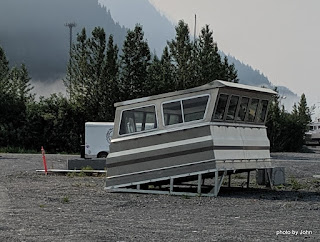 and then around the corner was a new one. They all seemed to be waiting for someone to come along with a vision. 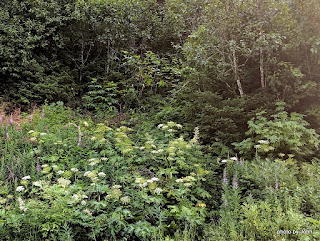 Of course, we did some geocaching. While there were geocaches in the downtown area, there were also some in the woods. There's a trailhead here somewhere... 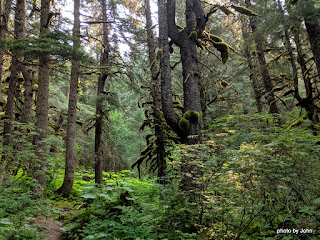 And once you got past the brush of the roadside, the spruce forest opened up some. I still don't understand why the locals insist on using bison tubes in the forest, but at least I found this one! 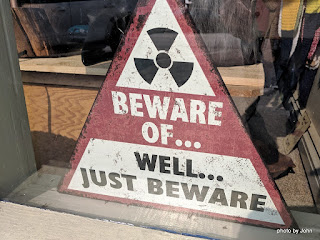 We did a lot of window shopping as we wandered the town, and sometimes something would catch our eye. This one looked like a geocache to me.