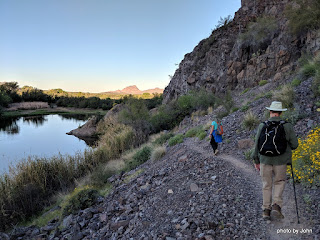 Over a year ago, BJ and I hiked to the lime kiln in search of a First To Find on a geocache near there. The other day, I was approached by a couple other folks about going past the lime kiln to log another cache on the hill past the kiln. We parked at Blue Point and headed downriver before the sun started dispersing the shadows. 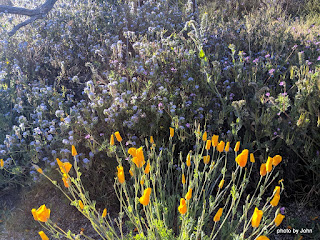 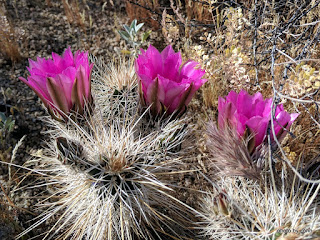 Even some of the cactus were starting to join the party. 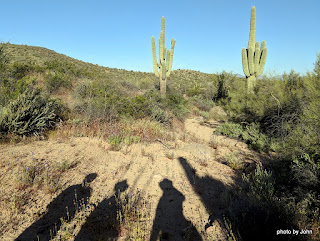 The vast majority of the hike was in a variety of sandy washes. 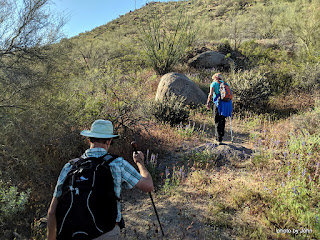 After Bob signed Pizza-Pizza (near the kiln,) we headed up a wash. Turns out the wash we chose headed in a reasonably appropriate direction, but was blocked in several spots by brush, creating more work for us. 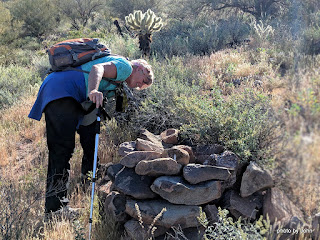 Eventually, we spotted a pile of rocks that seemed like it deserved a geocache, but nothing there. 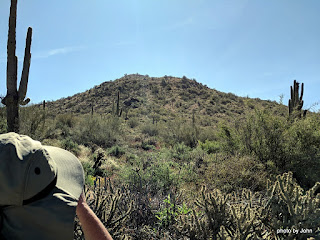 Apparently, we need to go "that a'way." The last 1000 feet or so was a total bushwhack. 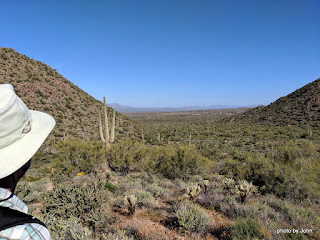 The views to the north were part of the reward, 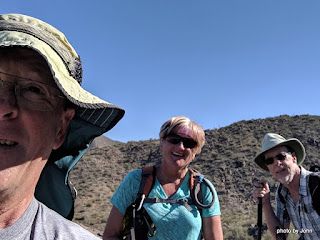 and the smiles when we found the rarely visited cache were another part of the reward. After some snacks and liquid, and replaced the cache with three more signatures on the log, it was time to head back down the hill. 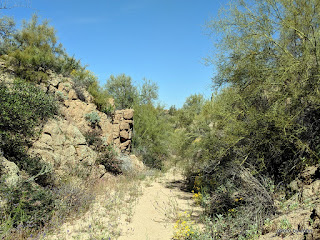 We elected to gamble on a different wash on the way down the hill, 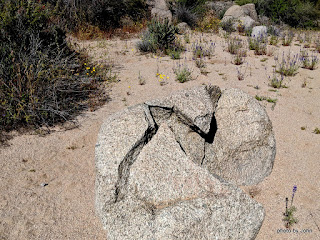 since the uphill wash wasn't all it was cracked up to be. 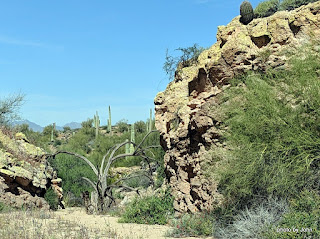 The downhill wash wasn't straight, but it also wasn't choked with brush which made it a much better choice.

All told, about 6 miles round trip for just one cache, but a delightful morning with friends and a chance to visit another area I'd never seen before.
Posted by Just Finding Our Way at 7:41 PM